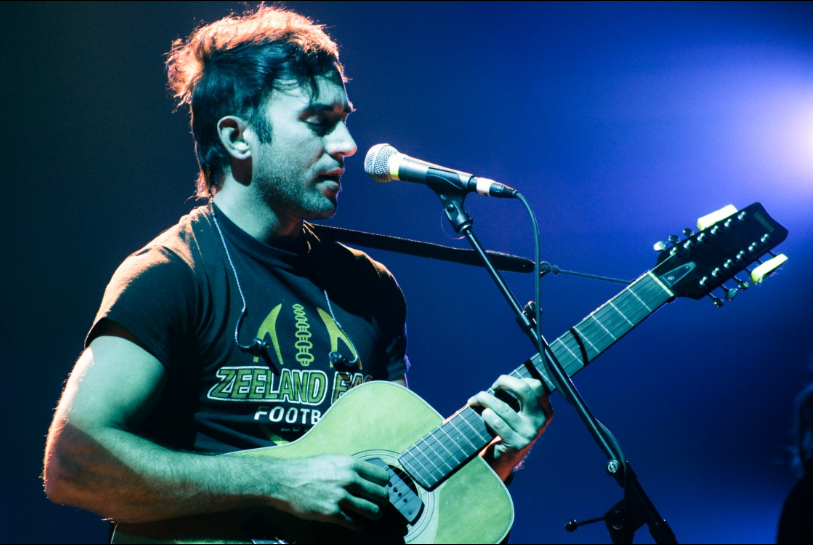 The chorus of horns that builds to a crescendo at the beginning of “Song of Trouble” leads into Sufjan Stevens’ timely, poignant, whispery lyrics: “The endless night, the shadow of the valley / The fading light where innocence is dead / I call to each of every angel out there / But I am left with nothing but a cloud / Trouble.”

Released Wednesday, the first single from “CARM” — the self-titled new album from trumpeter and yMusic co-founder CJ Camerieri — was co-written with Stevens, a Detroit native who grew up in Petoskey and graduated from Hope College in Holland.

In a press release, Camarieri said he’s “proud of how Sufjan’s lyrics powerfully begin the record.” The album officially drops on Jan. 22 and also features appearances by Bon Iver’s Justin Vernon, Yo La Tengo’s Georgia Hubley and others. Read more at Pitchfork here.

Michael and Tanya Trotter of The War and Treaty already have high-profile appearances at the Grammy Awards, “The Late Show with Stephen Colbert” and “Austin City Limits” under their belts.

They even performed a “virtual” presidential inaugural fundraiser on Wednesday (Jan. 13) hosted by Vice President-elect Kamala Harris, an event that also featured Black Pumas, Billy Porter and others.

Now, the Albion couple will add NBC’s “Today Show” to that roster. NBC announced this week that The War and Treaty will appear on the third hour of “Today” on Friday morning.

Not only that, but West Michigan fans can watch that aforementioned “Austin City Limits” performance by The War and Treaty at 11 p.m. Saturday on WGVU Channel 35, the Grand Rapids PBS affiliate.

“Playing ‘Austin City Limits’ this last year was an absolute highlight of our year,” the couple proclaimed on Facebook. Get a sneak preview here.

VIDEO: The War and Treaty (“Five More Minutes” and behind the scenes at “Austin City Limits”)

Love ’em or diss ’em, there’s no denying that Michigan’s own Greta Van Fleet has made an international splash with its hard-rocking, retro approach.

The young, Frankenmuth-bred rock heroes will release their new studio album, “The Battle at Garden’s Gate,” on April 16, and already have released two singles and videos (“My Way, Soon” and “Age of Machine”) from that upcoming project — a follow-up to 2018’s “Anthem of the Peaceful Army.” Watch both of the videos below, with “Age of Machine” already racking up more than 745,000 views and “My Way, Soon” more than 2.2 million views.

The band, which won best rock album for “From the Fires” at the 61st Grammy Awards in 2019, told Rolling Stone magazine that the new recording represents “a magnification of different cultures and civilizations inside of this world searching for some kind of salvation or enlightenment.” Read more at Rolling Stone here, along with previews of other upcoming 2021 releases.