Led by Timothy Showalter, the band made a memorable tour stop at The Pyramid Scheme in Grand Rapids, with Showalter’s mom even making a guest appearance. Review, photos. 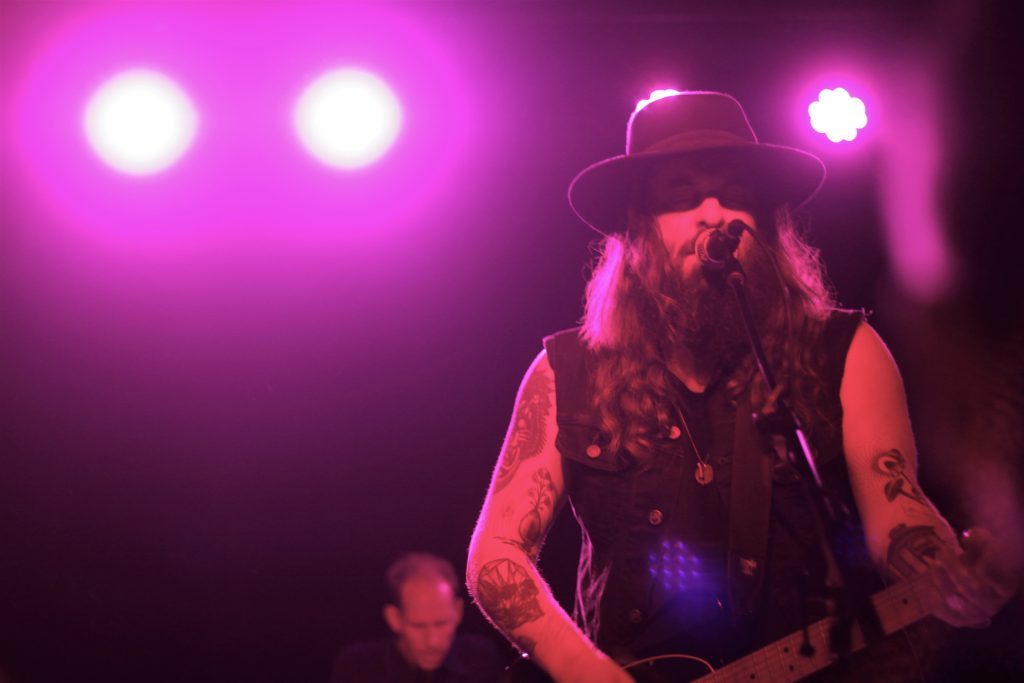 Tuesdays are typically calm and nondescript.

They blend in well with the rest of the week. Except for this particular Tuesday at The Pyramid Scheme, when Strand of Oaks made its Grand Rapids debut and made a memorable night for all involved.

After a captivating set from Frankie Lee, the Philadelphia band (led by Timothy Showalter) gave a moving performance of beautiful rock ‘n’ roll for a small but very engaged and energetic crowd of 100-200. 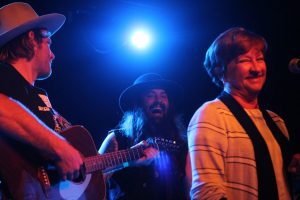 Mom on Mic: Timothy Showalter brought his mother on stage for “Angel From Montgomery.” (Photo/Ricky Olmos)

Beginning with one of Showalter’s most heartfelt anthems, “Weird Ways,” the collective touring behind its latest album, “Eraserland,” scorched the stage with smoldering distortion and booming reverb.

Other early highlights included “Goshen ‘97,” an intense, fiery song, and “Keys,” a wistful poem that would be just as home during a steady slow-dance. Following those songs, a wonderfully unexpected turn occurred: Showalter invited his mother (who lives in Benton Harbor) to sing John Prine’s “Angel From Montgomery,” with opener Frankie Lee also joining in.

The group rambled through the cover effortlessly while Showalter joyfully strummed his guitar and smiled at his mother, who performed excellently.

Another highlight was “JM,” a soulful performance that saw the band groove deeply.

Following a brief encore break, Showalter returned to the stage alone and retrieved his guitar. He then sang Bruce Springsteen’s “Used Cars,” along with some help from his friends in the audience.

PHOTO GALLERY: Strand of Oaks at The Pyramid Scheme
Photos by Ricky Olmos 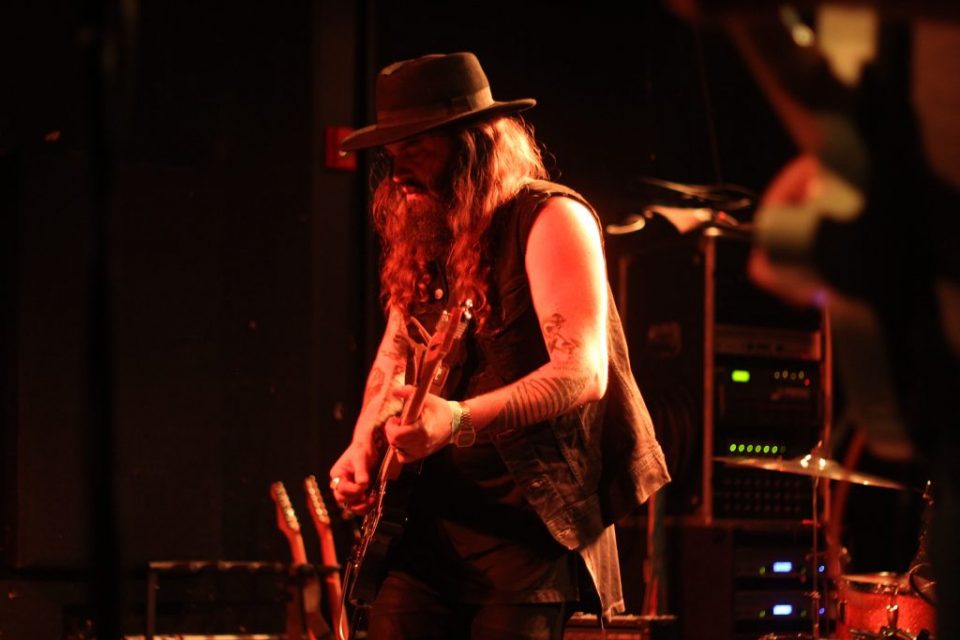 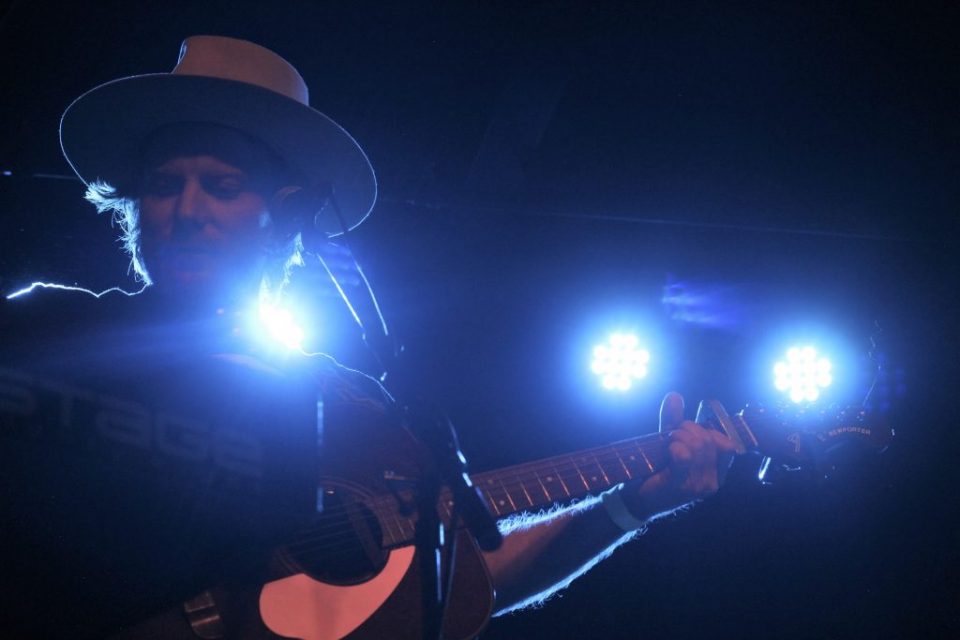 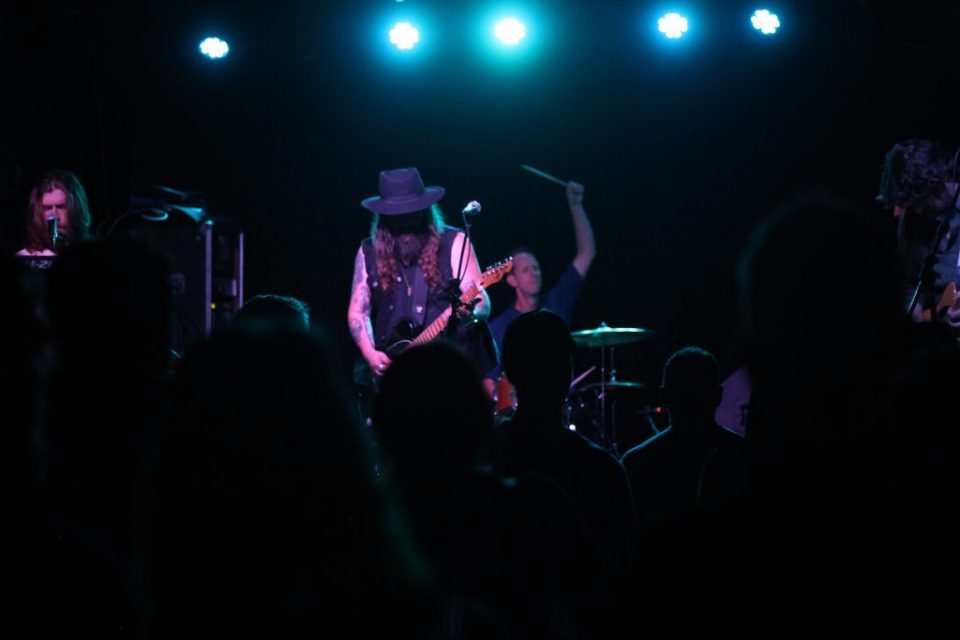 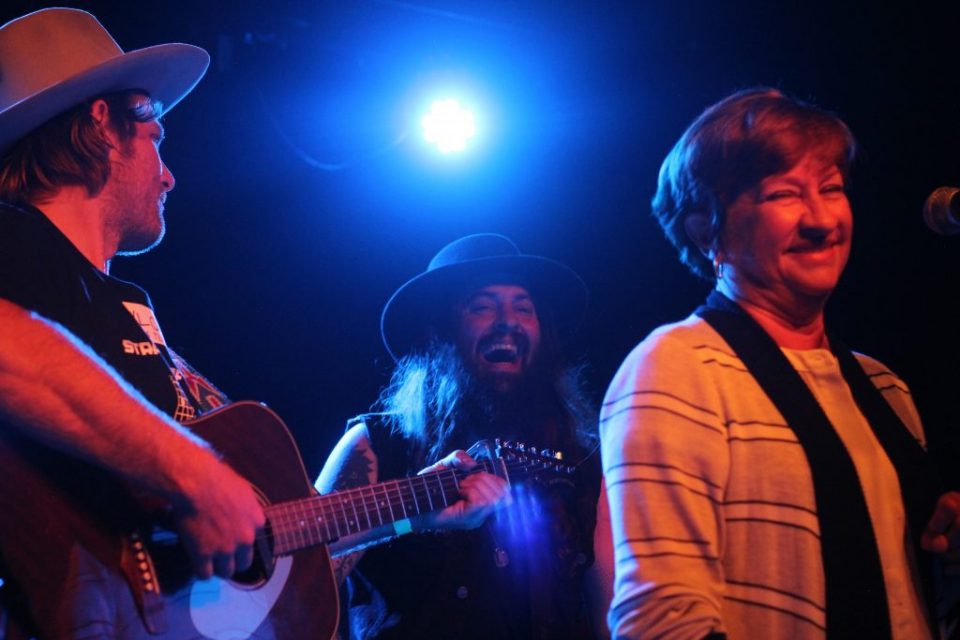 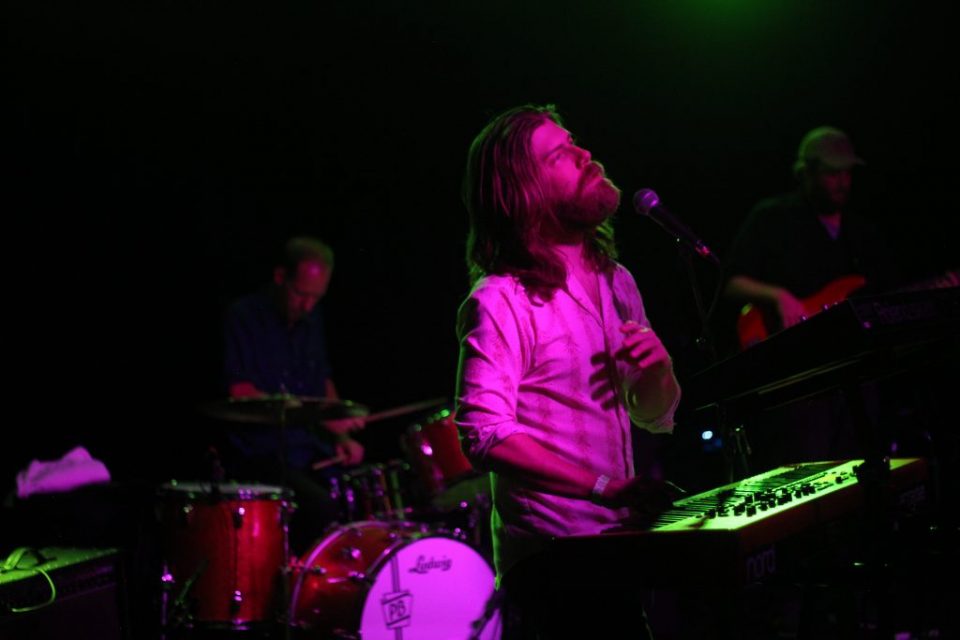 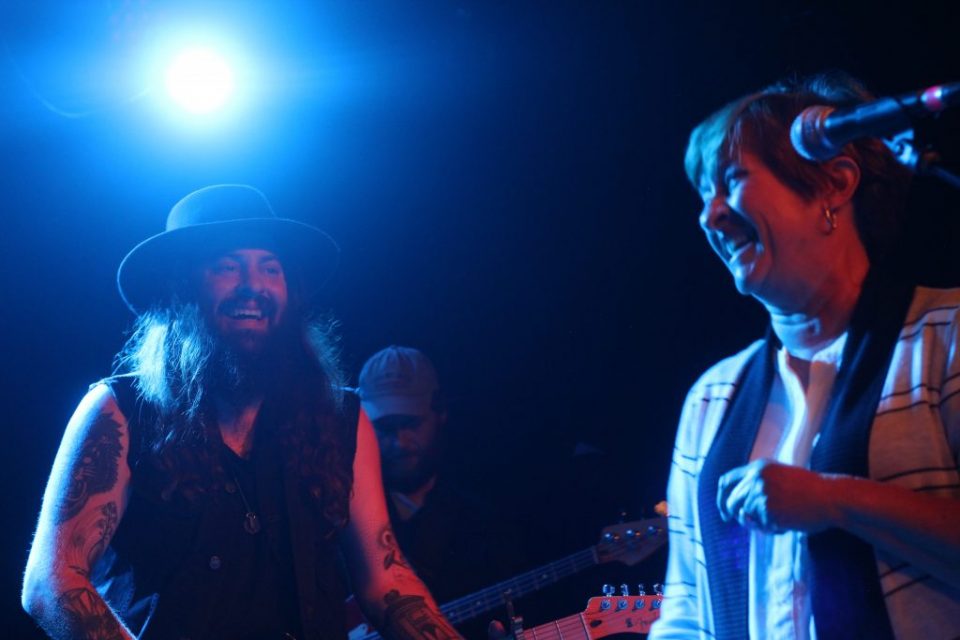 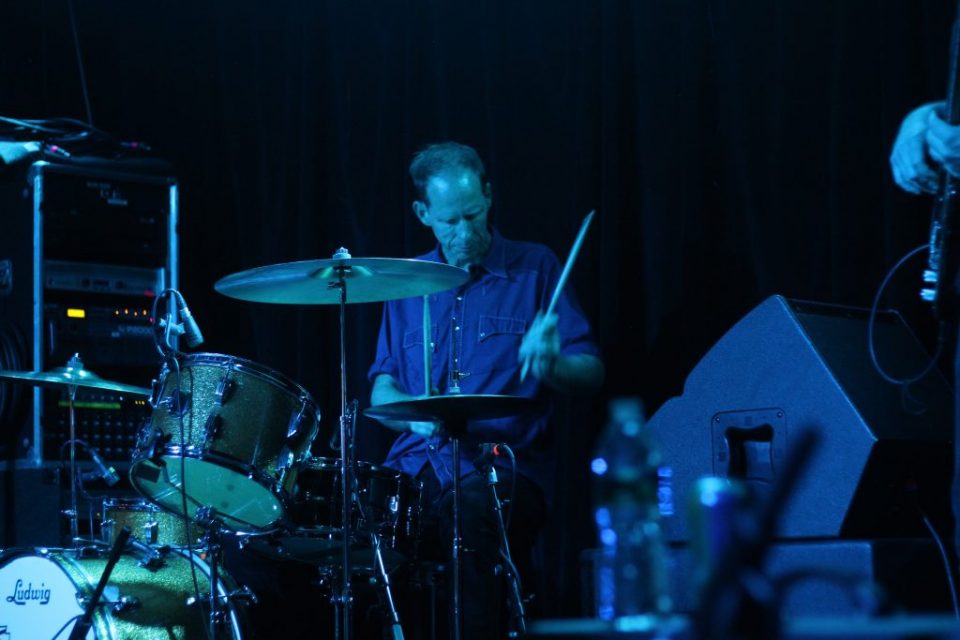 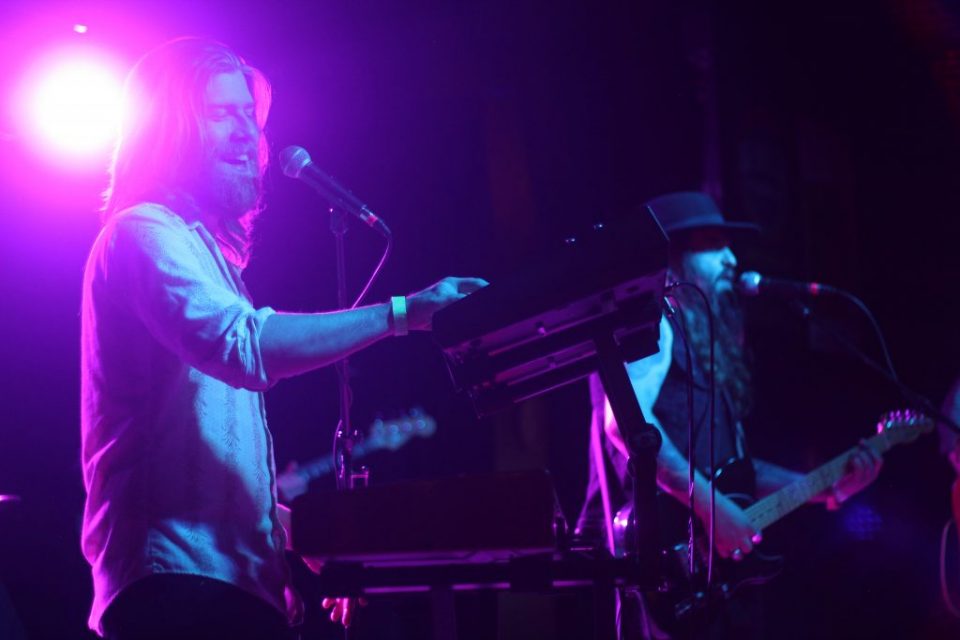 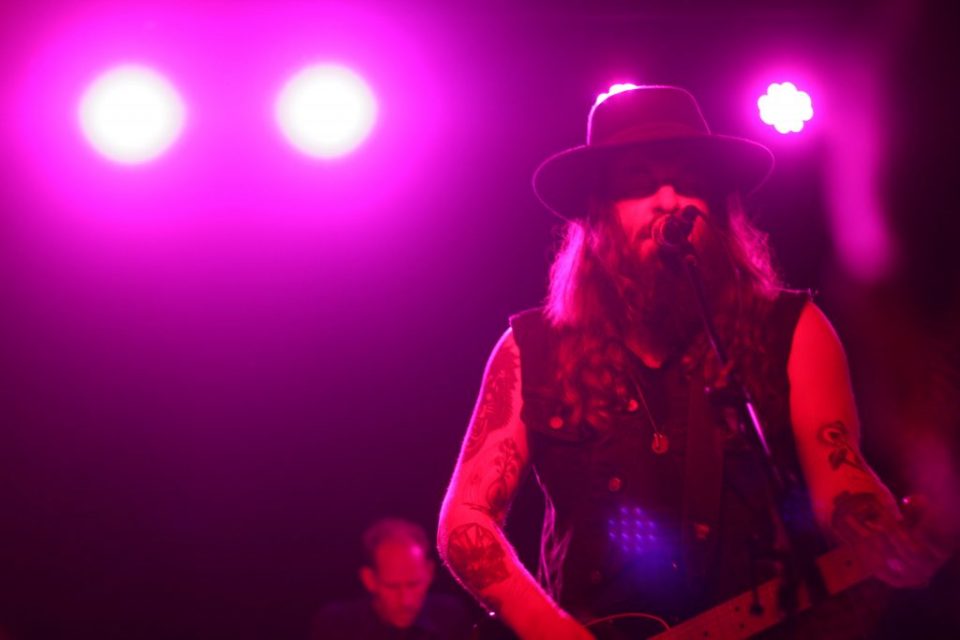