The national Live Music Society awarded grants to 20 clubs across the country, the same day the Michigan Music Alliance announced a ‘relaunch’ of fundraising to aid musicians hurt by the pandemic. 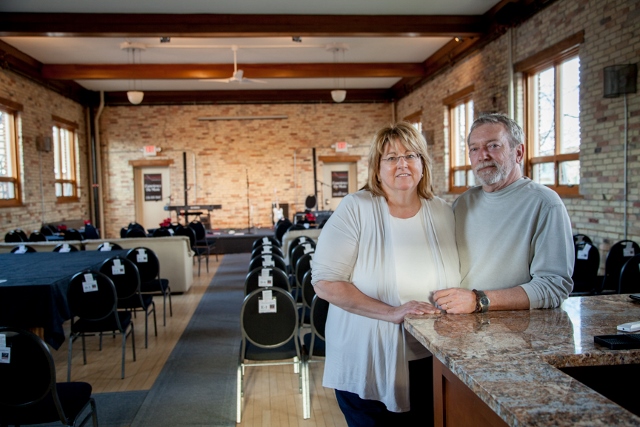 Keeping Music Alive: Michelle and Gary Hanks of Seven Steps Up, which is receiving grant assistance from a national organization. (Photo/Kevin Reedy Photography)

Spring Lake’s Seven Steps Up – a concert venue shuttered by the pandemic – has landed a $35,000 national grant described as “a lifesaver” to help keep the business afloat.

On the flip side, the Grand Haven-based Michigan Music Alliance once again is seeking donations to replenish a fund that distributes money to Michigan musicians who’ve lost performance income due to the COVID-19 crisis.

The Seven Step Up listening room is among 20 small concert venues nationwide receiving grants from the philanthropic, New York-based Live Music Society, an organization that “seeks to support initiatives that promote and preserve the performance and experience of live music.”

Amid the COVID-19 pandemic, the society has given priority for grant funding to small music venues – those with a capacity of 250 or fewer – “to help them survive through this crisis and to thrive once again when they are able to open their doors.”

Seven Steps Up is the only Michigan venue receiving money in the first round of grants, joining notable clubs such as New York’s The Bowery Electric and Massachusetts’ Club Passim in getting aid. 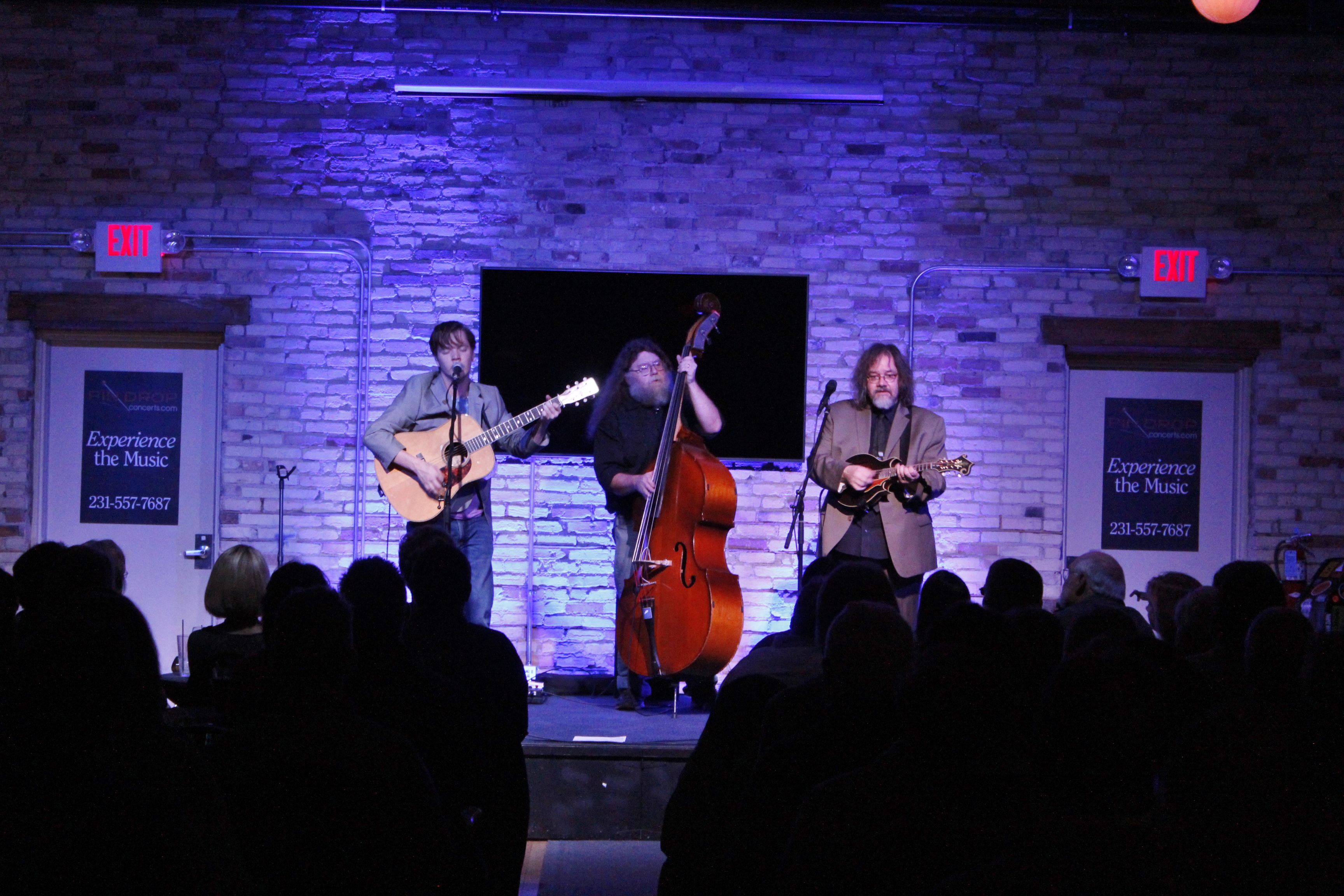 Rising Star: Before he became a national phenom, Billy Strings played a sold-out show at Seven Steps Up with Don Julin in 2015. (Photo/Anna Sink)

“We are ecstatic,” said Seven Steps Up co-owner Michelle Hanks. “It was competitive and when you look at all the other venues on the list, we are honored.

“It’s a lifesaver. We were out of funds and really afraid of how we were going to get through the next few months.”

Although she hasn’t yet received details about the grant, Hanks said it likely will be used for some operating expenses and to upgrade equipment for live-stream concerts hosted by Seven Steps Up. On Wednesday, Seven Steps Up hosted a live-stream concert featuring Kyle Cook of Matchbox Twenty, with a maximum of 10 people allowed inside but many more tuning in online.

“We have been working with a live-stream company to figure out how to do live-streams from Seven Steps Up,” Hanks said. “This grant will allow us to buy the equipment we need to do it right with multi-cameras and great audio. Feeling like for the first time in a long time that we are gonna make it.”

The Live Music Society – whose board members include singer-songwriter and activist Nona Hendryx, Emmy-winning composer Stephen Webber and musician/radio host/podcaster Nick Forster – has focused on cozier concert halls and clubs for grant funding because “small music venues play a vital role in the music industry” and are “threatened by large corporations, economic challenges, dwindling audiences who are consuming music digitally, and now, extended closures due to a global pandemic.”

The society plans to open applications for the next cycle of grants in early January. To qualify, venues must have a “sellable capacity of 50 to 250,” have been in operation for at least three years and “are committed to live music as its primary activity.”

Get more details – along with a list of the venues receiving the first round of grants – online at livemusicsociety.org.

On the same day that Seven Steps Up learned of its grant award, the Michigan Music Alliance announced it would “relaunch” its Michigan Artist Relief Fund for 2021 – seeking donations that are redistributed to qualifying Michigan musicians needing financial assistance.

Formed in March to aid a Michigan music community devastated by the pandemic and its venue closures, the Michigan Artist Relief Fund has raised more than $38,000 and distributed funds to 98 musicians so far in 2020. 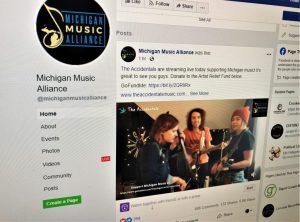 The new fundraising effort aims to replenish the relief fund so more musicians can get the financial help they need. As part of that, the Michigan Music Alliance plans to stage another “Spread the Music” online music festival next year. The first such live-streamed event raised more than $11,500 in just one weekend in late March.

“Our target right now is to fundraise in various ways until March, then do Spread the Music again and re-launch applications (for musicians) that weekend,” said Elle Lively, executive director of the nonprofit organization. “I know winter is going to be hard (so we’re) working on putting some stuff together to boost the fund.”

Folks can donate to the Michigan Artist Relief Fund online here. The Michigan Music Alliance also is selling T-shirts and other merch to further boost the fund.