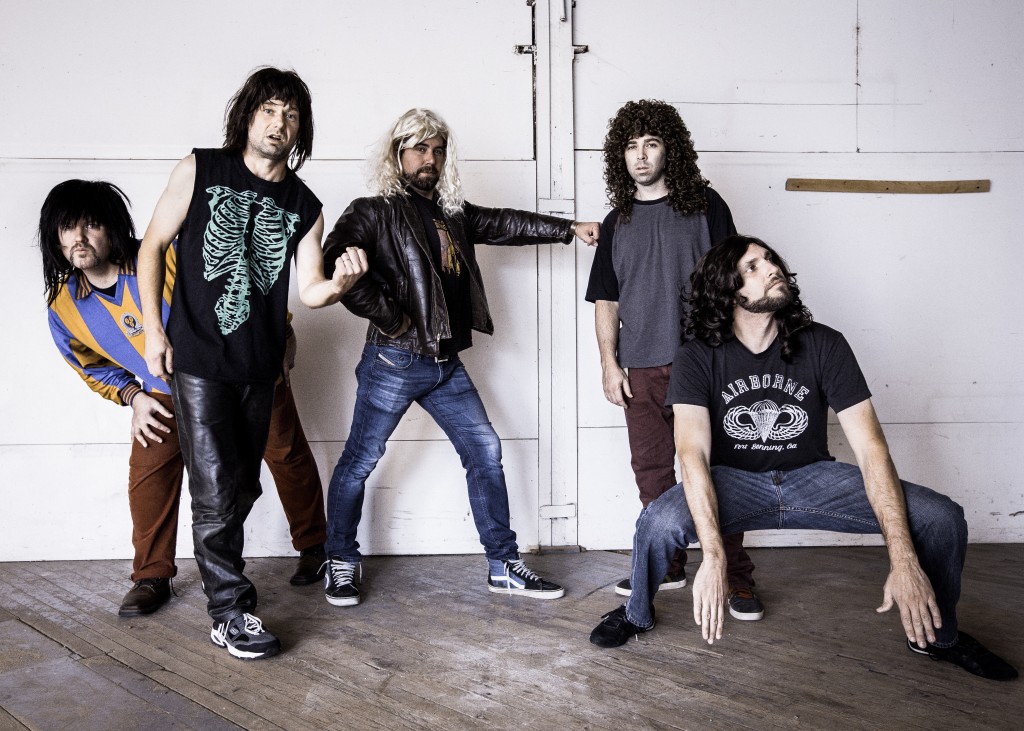 Most blokes, you know, will be playing at 10. 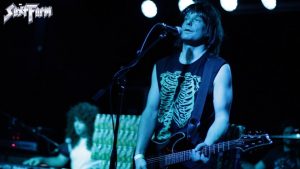 Despite the off-the-cuff nature of the 1984 “This is Spinal Tap” rock band mockumentary, the film proved to be a life-changing force for Frantz, of Holland.

Not only was the cult classic released “right when I was learning to play guitar” as a teenager, he recalls, but it inspired him to become a satirist – setting the stage for later launching Recoil magazine, a unique West Michigan monthly that parodies news stories as well as providing local entertainment and music coverage.

“I quit music 12 years ago, but always maintained that the only way I’d ever get on stage with a guitar was if I was playing Nigel Tufnel in a Spinal Tap tribute,” he says of the band Sext Farm, assembled about a year ago. 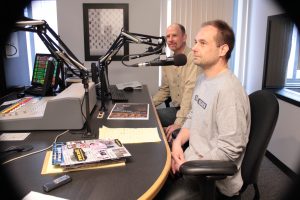 As it turns out, Frantz isn’t alone when it comes to his infatuation with the faux hard rock band and movie directed by Rob Reiner. West Michigan musicians from well-known, established groups responded almost immediately to his call for action.

“This is the easiest band I’ve ever started,” he says. “I put out a Facebook thread saying I want to be Nigel in a Spinal Tap tribute band. Who’s willing to play with me? Within 15 minutes, Benjamin Hunter (HEAD) signed on as David St. Hubbins, the singer. Ryan Cunningham (Anti-Logical) signed on as bassist Derek Smalls, Scott Hickok (Moto), who I’d never met, signed on as the drummer and let us use his rehearsal space, and later, Tim Bober (Afro Zuma) came in as Viv Savage.” 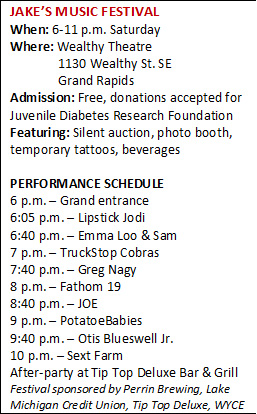 Save this schedule as an image on your smartphone to take with you.

The band, which “decided we’re only going to do shows that are important,” will headline Jake’s Music Festival on Saturday at Wealthy Theatre. The free-admission show that features nine regional acts raises money for the Juvenile Diabetes Research Foundation, topping more than $30,000 in donations over the years. The show begins at 6 p.m., with Sext Farm taking the stage around 10 p.m.

The festival – in its 11th year and taking place on April 11 – has even adopted “This one goes to 11” as its theme after booking the Spinal Tap tribute.

Appropriately, Sext Farm has an amusing Spinal Tap-like back story.

BORROWED EQUIPMENT, A MISPLACED ‘T’ AND PLENTY OF EARPLUGS

“I hadn’t played the guitar myself in 12 years,” Frantz says. “I had to sell all my music gear off to fund Recoil magazine and eventually get my (Recoil) book out so I don’t even any guitar equipment. I end up having to borrow equipment from everybody which is a joke in itself almost.”

And while he intended to name the band Sex Farm after one of Spinal Tap’s infamous songs, a typo in information sent to the graphic artist creating a poster of the band added a ‘t’ and the rest, as they say, is history. Frantz likes to think of it as his band’s version of the classic Spinal Tap gaffe in which a set designer creates an 18-inch Stonehenge rather than an 18-foot stage prop. 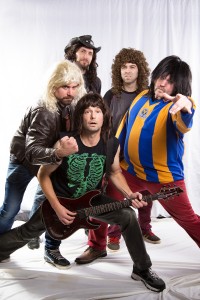 Frantz, who played some 1,200 shows with the “Faith No More-ish” rock band Playgrind in the 1990s, says he experienced plenty of Spinal Tap moments on the road and is now “trying to modernize a lot of those gags for a new generation” of fans.

“This is the most fun band I’ve been in. We laugh and we laugh … and we actually sound better than they (Spinal Tap) do,” he says. “I channel my inner Nigel Tufnel that I’ve been raising since I was 14.”

Frantz also is creating a series of, yes, 11 short YouTube episodes of Sext Farm in the tradition of the Spinal Tap mockumentary that “tell the story of getting to this stage at Jake’s Music Festival.” (Watch the first series of videos below, with the final episode getting posted on Saturday.)

On Saturday, the band – which has previously performed at Billy’s Lounge and The Pyramid Scheme – will play seven songs from Spinal Tap’s “Black Album,” including “Tonight I’m Gonna Rock You Tonight,” “Sex Farm” and “Heavy Duty,” along with some sort of surprise revealed during “Stonehenge” (which previously has featured a stage prop created from Mountain Dew cans).

“The first thing we provide is earplugs, because we play at 11,” Frantz says. “We are the loudest band going.”

In a perfect world, the future of Sext Farm might even include a tour of the Czech Republic.

“We’re big in the Czech Republic,” says Frantz, who insists that the Eastern European country for some reason is responsible for “half of our followers” online via YouTube. “We might go there to see what all the fuss is about.”