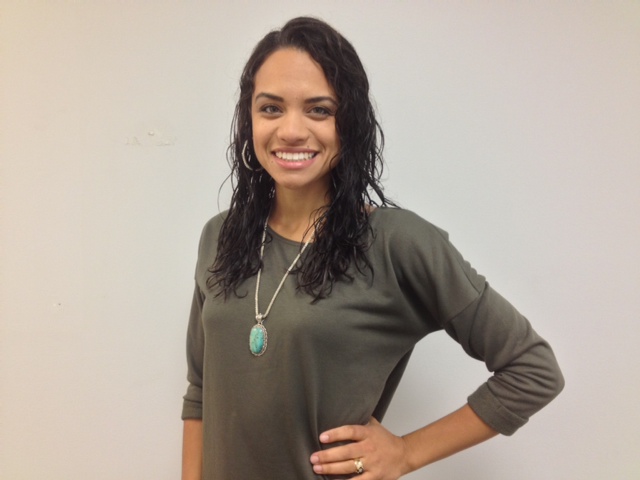 Sharing Her Music With As Many People As Possible: Amanda Vernon (Photo/Local Spins)

With an irresistible personality and shining demeanor, Amanda Vernon seems to infect everyone she meets with an upbeat glow.

Of course, it doesn’t hurt that the Grand Rapids pop-soul singer and pianist writes captivating music and belts out her tunes with real power and undeniable charm, qualities that permeate her fifth and latest studio album, “Interior Gaze,” and keep her on tour across the country.

Chalk up her recent win in the ArtPrize/St. Cecilia song competition to those attributes, too, along with heartfelt lyrics that “capture the essence” of reading a nursery rhyme to toddlers at bedtime in a loving way that all parents have experienced.

“I wrote it for my daughter who is a year-and-a-half now,” says Vernon, a full-time musician who tours with her manager-husband and their two children. “The idea is to cherish these moments with my children while they’re young and not be distracted by things that aren’t as important.”

AN ‘AMERICAN IDOL’ MOMENT FOR AN EMERGING POP STAR

Fresh from her win as the top vote-getter in the pop/electronic category of the ArtPrize contest – which earned Vernon $2,000 from St. Cecilia and recording time at Mackinaw Harvest Music – the singer filled the studios at News Talk 1340 AM (WJRW) during this week’s Local Spins Live segment with her uplifting vocals.

Listen to a podcast of the show here and watch a video of her in-studio performance below. (And check out all of the winners of the ArtPrize/St. Cecilia contest in this Local Spins story.)

Vernon says hearing her name on live television last weekend as one of five ArtPrize song contest winners was “sort of like an ‘American Idol’ moment,” with the singer surrounded by family members who shared in the celebration. 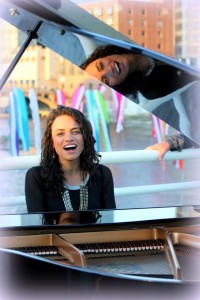 It’s actually not a stretch to see Vernon as the sort of up-and-coming star who could make a splash on network TV. Even her striking performance as an ArtPrize “busker” on the Blue Bridge in downtown Grand Rapids last month drew a crowd of hundreds after Keyboard World delivered a grand piano to the unusual “stage.”

Vernon starting playing piano at 7, getting the opportunity at a young age to perform and sing at St. Francis Xavier Church in Grand Rapids, eventually recording and releasing her first studio album as a teenager in 2003.

“Being from Grand Rapids, I have such a supportive faith community,” she says. “They actually helped me record my first album when I was 15 and from there, I would just sell my CDs and go out and sing at churches and take the profit and put it into a new record. So, got a head start in high school.”

These days, Vernon and her husband, David Shaheen, have turned that musical passion into a career, “traveling coast to coast,” performing at churches and music festivals, even renting out their Grand Rapids home for a year so they can stay out on the road. She’s played in six foreign countries, including performance at World Youth Days in Australia and Spain.

To further broaden her audience, the singer recently made the move toward a more mainstream approach with her music.

THE ROOTS OF HER FAITH STILL INFUSE HER POP-SOUL

“My first four albums are a mixture of contemporary songs and religious-based lyrics. This new album … is more of a pop-soul album,” she says of “Interior Gaze,” which was released in May.

“I like to think it still has the roots of my faith and that my spirituality comes out, but it’s definitely a different vein from my other music so it’s opened doors to a lot of new venues, including this recent win at ArtPrize.”

An independent artist, Vernon says she hopes her family music business might eventually include an artist management company that could assist other musicians. 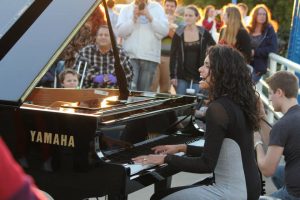 “I’m not necessarily looking to sign a record deal, however, my hope is to share my music with as many people as possible so I know some national distribution is going to have to come into play at some point,” she reasons. “At this point in my career, I’m just taking it to people in person, traveling and hitting so many cities coast to coast this year. So, we’ll see what kind of doors that opens as we continue on our tour.”

That tour of Vernon’s solo performances will include much of the Midwest through the end of the year, with an “Anywhere But The Midwest” tour commencing in January.

Before that, however, Vernon intends to celebrate her ArtPrize win with some of her West Michigan fans. At 6 p.m. Sunday, junior high and high school students are invited to Vernon’s free performance at Holy Redeemer, 2700 Baldwin St. in Jenison, as part of that church’s youth ministry kick-off event.

AN ENCORE TO HER ARTPRIZE PERFORMANCE AT PIETRO’S

Then at 6 p.m. Oct. 13, Vernon will play an all-ages “ArtPrize Encore” concert at Pietro’s Italian Restaurant, 2780 Birchcrest Drive SE (off 28th Street near Breton Road), “celebrating my ArtPrize victory and sharing some of my brand new songs” with fans.

Some of those tunes include special songs Vernon wrote for backers of the Kickstarter campaign which helped finance her “Interior Gaze” recording project. To reward their financial pledges, Vernon has created original songs based on stories they’ve shared or “something they’ve been through that they want me to capture in my music.”

Despite her hectic schedule, Vernon insists that her children – Chiara, 1-1/2, and Jamal, 3 – remain a priority, even as they all crisscross the country on tour.

“Our main goal is to maintain a peaceful family life for our kids, which as you can imagine, is somewhat of a challenge on the road,” she says. “But if we feel overwhelmed or maybe booking too many shows, we step back, take a breath, say a prayer as a family. … It’s just been a blessing.”

For more about Vernon and to purchase her music, visit her official website at amandavernon.com and her Facebook page. 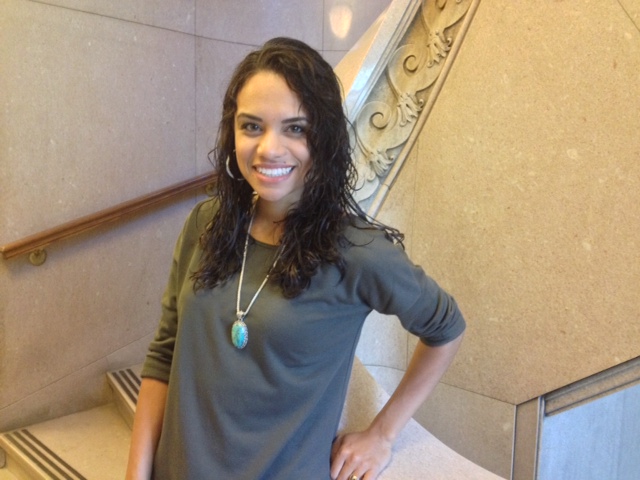