The Petoskey-area artist who plays ‘Harvest at Home’ this weekend was featured for Local Spins on WYCE, which also debuted fresh tracks by Cameron Blake, Kingmaker, Madelyn Grant and more. 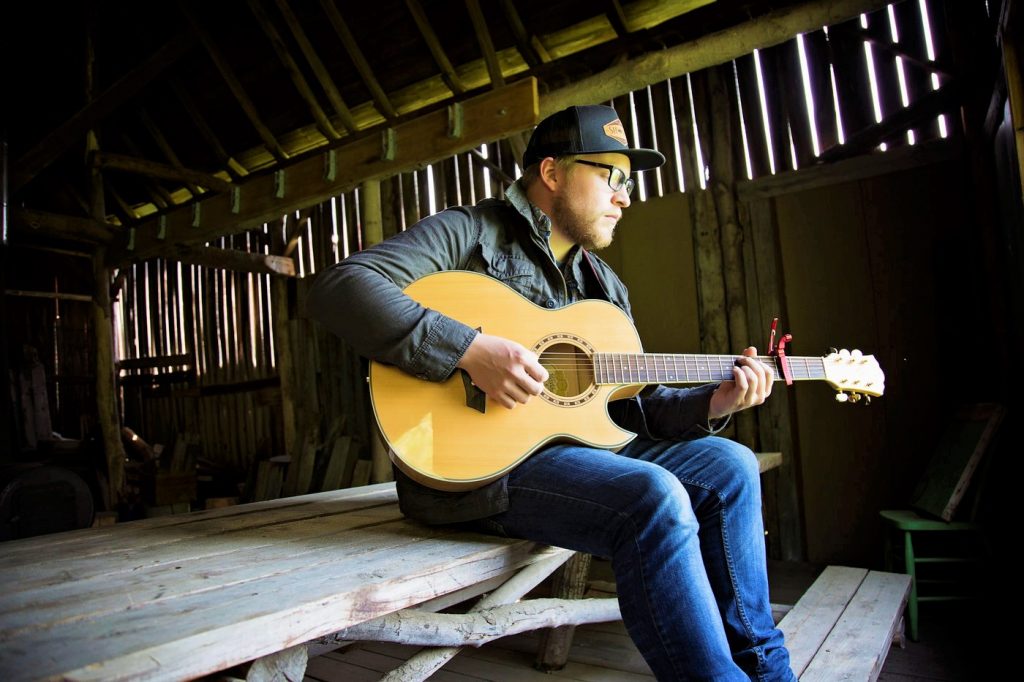 Northern Michigan singer-songwriter Sean Miller has always felt accepted amid the region’s music scene, which has propelled him to return the favor by spotlighting fellow artists.

“I always felt like once you made a step into that music community, they’re kind of your family,” he said.

“It’s not a competition. We’re not trying to steal gigs from one another. It’s been so overwhelmingly positive.” 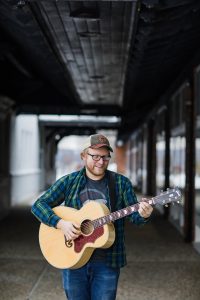 So even though Miller’s plans for touring outside the state and promoting his full-length debut album, “Everywhere I Roam,” were scuttled due to the onset of the COVID-19 pandemic earlier this year, he’s continued to find ways to showcase his own music as well as that of other northern Michigan acts.

As co-founder of the Tip O the Mitt Songwriters group with Kevin Johnson, Miller helped organize 2-1/2 weeks of live-stream performances by “just shy of 40” artists in a virtual online festival this spring followed by several open-mic nights.

“It was great. We had all sorts of people involved,” said Miller, who makes his home between Petoskey and Boyne City.

As for his own music, Miller – who’s also part of the Petoskey acoustic rock band The Real Ingredients – has not only hosted live-streams this year as an alternative to in-person concerts, but participated in virtual festivals.

That includes being one of 16 songwriters chosen for this year’s “Wheatsongs” hosted by the Wheatland Music Organization, with Miller creating a new tune showcased during the online “Wheatland Worldwide” earlier this month.

He also performs a short set on video for Earthwork Harvest Gathering’s “Harvest at Home” event at 2:35 p.m. Sunday at earthworkharvestgathering.com. (Read more about that online event, with a full schedule, at Local Spins here).

“I had a lot planned with an album release in April, a few tours around the Midwest, opening for bands like Escaping Pavement at 20 Front Street and more. All of that was pretty much canceled and yet to be rescheduled,” said Miller, who’s also a member of the Blissfest Music Organization board.

“All of the music festivals I was slated to play at were also canceled and I took a pretty big hit financially, mentally and musically through all of that. However, I do have plans to release an acoustic and stripped down single each month through the end of the year. … My main focus now is building my online presence and audience to have a good foundation to start off next year on.”

The singer and multi-instrumentalist who grew up listening to Billy Joel, Elton John, Aerosmith and Stevie Wonder, said he draws heavily on “the folk and singer-songwriter realm” for his own music, citing the likes of Gregory Alan Isakov, Bruce Springsteen, John Mayer, Tom Petty and Tyler Childers among others as influences.

His rootsy and intensely personal solo album was recorded and produced by northern Michigan’s Runyan Media, with Dave Runyan, Lara Fullford, Mark Blaauw and Gary Bowling as special guests in the studio.

“It’s always hard to describe yourself, so I usually stick with singer-songwriter,” Miller said. “It’s a blanket term I think covers what I do pretty well as I have definite influences from folk, rock, blues and more.”

In addition to the solo album, Miller also recently released a single, “I Can’t Breathe,” inspired by the death of George Floyd and the Black Lives Matter movement. (Scroll down to watch a video for that track below.)

“I felt that I couldn’t not say anything anymore,” Miller reasoned. “It’s kind of my first politically charged song, protest song, if you will.”

He officially releases another single, “When You Woke,” on Wednesday (Sept. 23), debuting the track for this week’s edition of Local Spins on WYCE. He plans to unfurl more “stripped-down” singles every month through the end of 2020.

Check out the Local Spins review of “Everywhere I Roam.”

In addition to premiering Miller’s new single, this week’s edition of Local Spins on WYCE – a show which spotlights Michigan music at 11 a.m. Fridays on WYCE (88.1 FM) and online at wyce.org – featured the on-air debut of tracks by Cameron Blake, Kingmaker, Popular Creeps, Madelyn Grant, The Ryne Experience and FINKEL, as well as music from Lynn & The Moonshine Runners, Stepladders and Escaping Pavement (this week’s musician’s pick by Miller). Listen to the show here.