May’s second round of Local Spins album reviews focuses on artists from across the Great Lakes State, from Grand Rapids hip hop and electronic acts to singer-songwriters in Detroit, Saginaw and Petoskey. 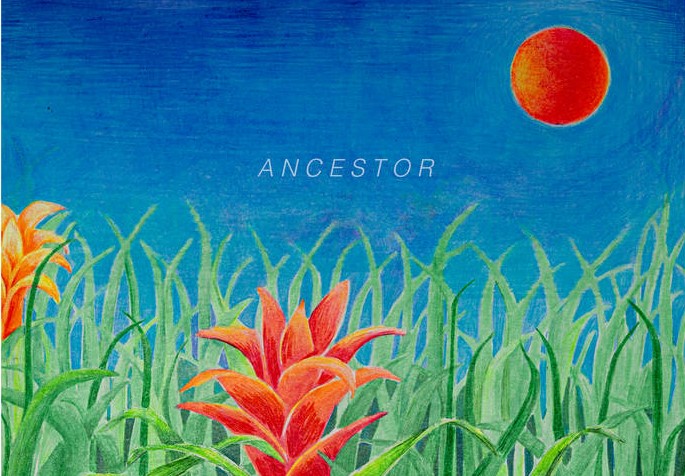 Sunnier Days Ahead: Spring has sprung forth with a bevy of new regional recordings.

And Michigan’s fertile landscape of musical artistry is producing an impressive slate of recordings that deserve broader exposure.

Today’s roundup of spring releases features the latest from a Grand Rapids hip hop collaboration, the first full-length projects by a GR-based electronic artist and a northern Michigan writer, a rising indie-pop star’s sophomore effort and a “heartfelt” gem from Saginaw.

Who are the best artists you’ve discovered or the new music you’ve fallen in love with during the current stay-at-home crisis? Email your response to john@localspins.com by Sunday. Include your name and we’ll enter it in a drawing for a Local Spins beanie or bandana. 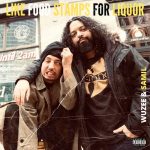 What Stands Out: It’s one thing to create the feeling of nostalgia for a listener through one’s music by making it easily relatable to hip-hop classics present during the beginning of the decade. However, Grand Rapids’ Wuzee and Samil truly have presented the industry with something special by intertwining the old school vibe of rap with the new school. “Like Food Stamps For Liquor’s” assortment of choice sampled tracks, along with high energy and up-beat flows, grabs new listeners’ attention and leaves fans wanting even more.
Digging Deeper: Displaying legendary influences such as MF Doom and Wu-Tang Clan, Wuzee and Samil’s latest project has an awesome habit of influencing the listener to partake in the famous “head bob” from start to finish on the album produced by Samil and recorded at the Technodrome. From clever and witty lines such as “I know you better than you do, so never think this s— was fool-proof or bullet-proof Cartier frames; I heard your vision tough, I pulled the fool off of his chain, like why do you bluff?” to the use of funky keys and classic samples throughout the production, this pair of artists clearly took their time crafting this project to once again propel their sound to the forefront of the current “boom bap” sub-genre of hip-hop.
Perfect For: Cruising through the city on a warm sunny day with the windows down. – Jason Clark
Website (Wuzee): https://www.facebook.com/wuzeedagod
Website (Samil): https://www.facebook.com/samil777x
Listen: “Dusty S—” 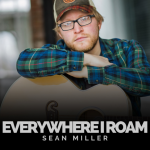 What Stands Out: On his first solo album, Sean Miller of northern Michigan’s The Real Ingredients takes the band’s passionate music in his own direction, focusing on creating a deeply personal, easy-listening experience with “Everywhere I Roam.” The Petoskey-based artist works with intention, with care being put into both his lyrics and the inclusion of instruments to accompany his earthy, considerate vocals and guitar. For fans of The Real Ingredients, there is a familiarity in some of the upbeat, hand-clapping music Miller features on the album, which feels welcome. Miller also carves his own niche, and makes bold claims with comfortable music from the heart.
Digging Deeper: It’s difficult to overlook the amount of himself Sean Miller puts into his music. Fans saw it as part of his work with The Real Ingredients, but we now see that in a different direction with his solo project. “Oh Red Star” has some of the most passionate vocals on the entire album, enough so to give listeners goosebumps. Between his choral wails and strong backing instrumental, songs such as “Oh Red Star” beg to be performed live, which is the kind of music Miller excels in writing. On the other end of the spectrum, “Canned Peaches” has the exact same appeal for live performance, but for the opposite reason. It’s pushed back, but raw. The lyrics guide listeners into an intimate moment, and the composition supports that connection.
Perfect For: backyard picnic dinners with the ones you love. – Nick Moran
Website: https://www.seanmillermusic.com/
Listen: “Oh Red Star” 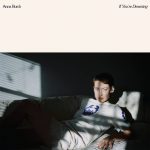 What Stands Out: While her music feels mellow, charming and dreamy, Anna Burch’s release of “If You’re Dreaming,” has been kicking up an electric storm of popularity in her former backyard of West Michigan. Topping April’s charts at WYCE (88.1 FM), the Detroit-area artist’s mastery of subtlety and movement in her music proves why Burch is destined to become a powerful name in the indie-pop scene. In an album that really allows her to explore her musical stylings, Burch and her voice hold everything together. “If You’re Dreaming” sounds eclectic and hazy at times, using that to effortlessly encourage listeners to move from song to song.
Digging Deeper: What emerges throughout the entire album are borrowed elements from other genres that Burch re-purposes to complement her style. The opening track, “Can’t Sleep,” has a driving soulful guitar reminiscent of Alabama Shakes, but paired with wavy guitar rhythms and her voice, Burch uses it as a tool to guide listeners through her soundscape. On “Not So Bad,” she draws from jazzy influences, with saxophone/clarinet combos pairing well with dependable drums throughout the chorus. It’s in “Not So Bad” that Burch’s voice also shines. There’s a richness to her timbre, which is deceiving because it feels like she does so much with so little effort.
Perfect For: Sipping a glass of red wine in a smoke-filled room. – Nick Moran
Website: https://annaburchmusic.com/
Listen: “Every Feeling” 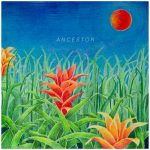 What Stands Out: Listening through Grand Rapids electronic artist Jonas Quirin’s first full-length album as Silent Spirit, “Ancestor” presents a bit of a false face. Through phone speakers, there’s movement and ambiance that electronic music should have, but it feels simply standard. But when listeners quiet their surroundings and slip on some headphones, Silent Spirit’s dynamics truly begin to flourish. The intricacies of his work rest in the ambiance he creates, which is pushed to a new level with small trinkets of sound tucked in nooks and crannies throughout the work. In a sense, this aligns with “Ancestor’s” underlying inspiration: to capture the changing environment around us, including its power and beauty. And just like the world around him, Silent Spirit’s musical artistry creates beauty the closer you get to it, which turns an array of skillfully composed elements into a diverse landscape of an album.
Digging Deeper: Inspired by environmental conservation, changing climate and the power and beauty of nature, “Ancestor” succeeds in both intent and application with the diversity of its music. “Creation” evokes the spark of life with bubbling hits, as well as in the ebb and flow of a rhythmic synth. Silent Spirit makes “Creation” breathe on its own as the song swells and twists. On “Silver,” Silent Spirit deconstructs metal in a way that rings tinny and empty before shifting to polished, then mechanical and precise. It feels like it could fit into a sci-fi club with a cool, James Bond ambiance, but void of the themes of life played with on other tracks. In this, listeners hear a dichotomy between the vivacious and the immovable, but that contradiction paints a flush picture that showcases the very intent Silent Sprint has with the direction of the album and its influences.
Perfect For: Cloud watching on a windy day; listening with eyes closed and windows open. – Nick Moran
Website: https://www.facebook.com/silentspiritofficial/
Listen: “Creation” 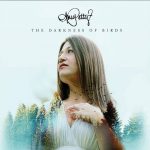 Amy Petty
“The Darkness of Birds”

What Stands Out: Amy Petty’s recent release of “The Darkness of Birds” can be described in one word: powerful. Every song is filled with heartfelt emotion throughout the project, with the opening track, “The Dreams That Are Waiting For Us,” being the perfect attention-getter to draw the listeners in. Filled with beautiful vocals from the Saginaw artist, the album boasts many catchy hooks as well as emotionally moving background vocals. Those seeking an album packed with raw, genuine feeling will find plenty to like.
Digging Deeper: Petty perfectly executes use of background vocals and instrumental arrangements throughout the album co-produced by Petty and Andy Reed, and recorded at Bay City’s Reed Recording Co. The perfect example comes with the sixth track, “Sick Of The Radio.” The acoustic riffs and melodies throughout the track create a feeling of floating through space in a tranquil state, while Petty’s smooth vocals become the glue holding everything together. The sonic elements blend together seamlessly without sounding overbearing and complicated and — as a welcome respite from today’s times — less is more.
Perfect For: Relaxing on a rainy day. – Jason Clark
Website: https://www.facebook.com/amypettymusic
Listen: “Sick Of The Radio”