Local Spins kicks off May with another roundup of releases by local and regional acts, from Grand Rapids to Petoskey to Kalamazoo. Check out the reviews and listen to songs from each artist. 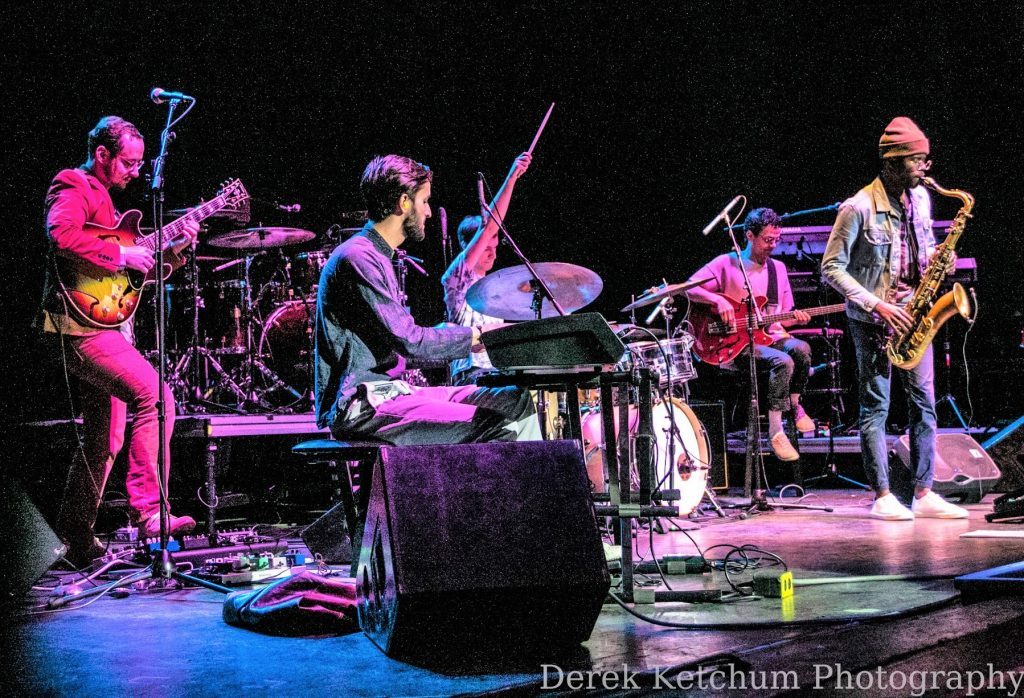 There’s something about this time of year.

Bands across the region are releasing a flood of new recordings, including the latest masterwork from Grand Rapids’ internationally acclaimed post-hardcore band La Dispute and the full-length debut by boundary-pushing Kalamazoo jazz band Lushh, which plays a series of album-release shows this week, including appearances Wednesday at SpeakEZ Lounge in Grand Rapids for Local Spins Wednesday and Thursday at The Union in Kalamazoo.

Check out all of the reviews and listen to tracks from the featured artists. 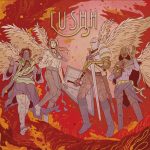 
“Lushh” is what it sounds like it would be: elaborate, extravagant, enticing and layered. A band that is getting a name for putting on a strong live show, Lushh serves its sound up softly on its debut LP, while taking funky turns throughout and not being afraid to take chances. The self-titled work, which follows a pair of EPs released over the past couple of years, features 11 tracks, nine previously unreleased, that span a total of 75 minutes. Despite the lack of lyrics, the quintet, similar to their last offering, offers up a thematic work that hits its highs and lows accordingly as it weaves a tale throughout, most notably for the listener during the sequential, four-song, arch-angelic suite — “I. Raphael,” “II. Gabriel,” “III. Lucifer” and “IV. Michael,” featured on the latter half of the album. From the peacefulness exuded in “I. Raphael” (the angel of healing) to the darkening II. “Gabriel” (the angel of revelation and announcement), the anxious, drum and bass-driven “III. Lucifer” and the triumphant finale of “IV. Michael” (the protector against evil) the intentional interplay between the five musicians is on point throughout. The tone of the album is set early with the horn-driven opening number, “Kid Stuff,” highlighted by the quirky saxophone playing of Eddie Codrington along with the accompanying work of drummer Madison George and keyboardist Grayson Nye. The piece begins to take a trance-like feel toward the end, setting the stage for an eloquent and spacy guitar solo by Andrew Saliba, who then takes the tune into another direction and dimension altogether, something he does throughout the album. Nye starts off the following track, “Come and Get Your Money,” carefully and quietly with his keys as bassist Matt Eperson lays down the rhythm alongside George and the song transitions from soft and slow to funky and groovy. The ensuing “Healthy Habits” — which also appeared on “NebuLushh” — is the only pre-recorded song other than the album-closing “Speckles of Bronze and Blonde” to make an appearance on the LP. – Ryan Boldrey
Website: https://www.lushhmusic.com/
Upcoming Shows: 8 p.m. Wednesday (May 8) at SpeakEZ Lounge in Grand Rapids; Thursday (May 9) at The Union Cabaret & Grille, Kalamazoo
Listen: “Kid Stuff” 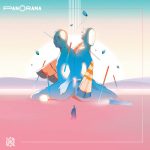 
La Dispute remains a mainstay of the ever-changing post-hardcore and emo scene. While many bands in the genre have come and gone with just one record, the Grand Rapids-founded group has endured for more than a decade. La Dispute is vitalized further with “Panorama,” its most colorful and mature work to date. The album is slow to reveal itself, allowing long, eerie soundscapes to blossom (or perhaps wilt) into the visceral, brooding choruses with which La Dispute has helped define the post-hardcore genre. While the band has grown to international acclaim, “Panorama” feels as local as the band’s 2008 debut, “Somehwere at the Bottom of the River Between Vega and Altair,” with references to Fulton Street and cold Michigan weather at the core of the record. Songs such as “Footsteps at the Pond” and “View From Our Bedroom Window” reflect vintage La Dispute. Light and darkness collide brilliantly throughout the album. Instrumentally, the band balances atmospheric guitars and synths with heavy, discorted riffing. Brad Vander Lugt’s drumming borders on metal at times (hear the thrilling “Anxiety Panorama”), but is reduced to a marching groove or absent completely in some spots. Lead vocalist Jordan Dreyer strikes a similar contrast with his poetic lyrics, uttering both screams of agony and soft-spoken contemplations. Whether the lyrics are drawn from personal experience, someone else’s experience or otherwise, the stories are related with conviction. While Dreyer toys with the concepts of pain and grief of loss across the album, the unexpectedly vibrant artwork for “Panorama” imbues the listener with a sense of hope and calm. To that end, there’s as much to look at as there is to listen to with “Pilgrimage,” an immersive, graphic landscape through which to explore the lyrics and artwork for “Panorama,” designed by Joost Eggermont and Jorrit De Vries. There’s no other way to say it: It’s a beautiful trip. Even the album’s Spotify artwork is integrated with colorful, spinning shapes. You can almost hear those bright pinks and blues as the raw emotion of La Dispute’s “Panorama” unfolds into a story. – Devin Anderson
Website: https://www.ladispute.org/
Upcoming Shows: Currently in Seattle, La Dispute launches a European tour in June.
Listen: “Footsteps at the Pond” 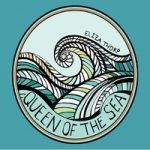 Eliza Thorp
“Queen of the Sea”

Some albums require – or perhaps induce – a contemplative mood. Pianist and singer Eliza Thorp’s debut is just such a collection, unfolding subtly and brilliantly, with gorgeous, thought-provoking lyrics that reflect her northern Michigan upbringing in Petoskey. Recorded, mixed and mastered at Kalamazoo’s La Luna Recording, Thorp – a graduate of the Berklee College of Music – enhances her reflective music with the perfect accompanists: cello phenom Jordan Hamilton and upright bassist Max Lockwood, both of whom deliver melancholy accents that combined with Thorp’s poignant lyrics can bring a listener to tears. While many of Thorp’s musical stories embrace a bewitching, dreamlike quality, “Unravel These Days” boasts the sort of piano-propelled hook that will stick in your head for a long time. – John Sinkevics
Website: https://www.elizathorpmusic.com/
Upcoming Shows: May 24 at Driftless Books & Music in Viroqua, Wis.
Listen: “Unravel These Days” 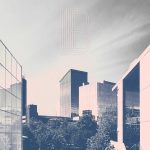 Grand Rapids indie-rock band Leland Blue puts a real stamp on its sound with its self-titled debut album. With many well thought out, provoking instrumentals, the record still leaves room for Ben Robertson’s effortless vocals. The album opens with the atmospheric “Too Late?” that eases the listener into the rest of the album, and sonically transitions into the next song “10 PM.” The whole record boasts a nicely curated flow, with the third track, “Riot,” really kicking in the band’s sonic approach. The upbeat tune is perfect for a dancing crowd and has a nostalgic sound that would likely be heard in a 2000s teen movie. After a rainy day reflection of a relationship in “Cold Comfort,” beachy island sounds come in to play on “Grandiose.” The song lives up to its title, especially in the bridge with the instrumental dynamics. Leland Blue wraps things up with “L.A.” a song about dreaming big, but that emotion is delicately depicted. References to Michigan show the appreciation of what they have, while also looking toward the future … and a warm feeling to close out the album. Leland Blue exhibits a musical openness with its various instrumental stylings and lyrics, but also creates a cohesive piece of art. – Liv Conaty
Website: https://lelandblueband.com/
Upcoming shows: May 25 at Quality Cable & Leland Blue at Lo-fi in Ann Arbor
Listen: “Cold Comfort” 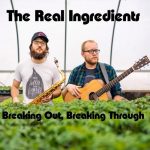 The Real Ingredients
“Breaking Out, Breaking Through”

Appropriately named, The Real Ingredients come off as an authentic, down to earth, Michigan-bred act with a twist. The Petoskey-based acoustic rock duo features Sean Miller on vocals, guitar, harmonica and piano and Traven Michaels on vocals and saxophone, not necessarily the typical lineup for a two-piece band. But their music isn’t typical either, ranging from catchy folk-rock and rootsy Americana (“Sandbar Therapy,” “Driving Alone,” “Through Your Own Eyes”) to lively, horn-driven romps (“Syncopated Monkey Feet,” “Cheese Stick and a Dream”). Produced and mastered by Runyon Media, the studio project also features Andy Ellison on drums, Dave Runyan on bass and Katie Larson of The Accidentals on strings (who guest stars on “Picking Wildflowers”). The duo performs regularly in northern Michigan, and judging by this full-length debut, they’d be well worth a side trip to check out. – John Sinkevics
Website: https://www.facebook.com/realingredients/
Upcoming Shows: May 11 at 40 Acres Tavern in Boyne Falls; May 13 at Stiggs Brewery & Kitchen in Boyne City (album-release); May 24 at Grand Traverse Distillery in Traverse City; May 26 at North Peak Brewing in Traverse City
Listen: “Driving Alone”