Each with its own character, a few West Side establishments have started showcasing live music, offering West Michigan acts and Grand Rapids music lovers unique new settings and experiences. 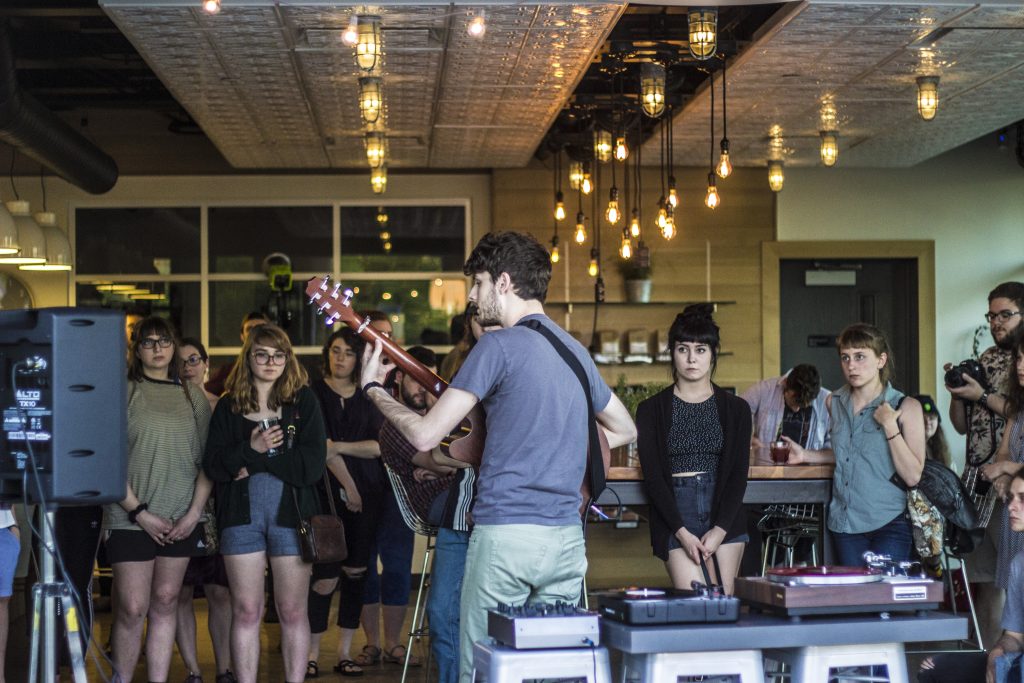 Uncoventional Venue: Ferris Coffee has made music such as No Stranger work with a hint of espresso. (Photo/Ricky Olmos)

A warm summer breeze floats through Grand Rapids’ West Side and rushes into Ferris Coffee & Nut through an open sliding-glass door. It dances around the room and intertwines with the sweet aroma of espresso. 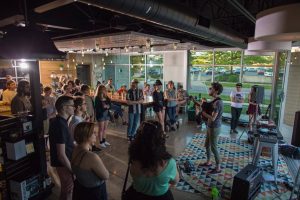 Usually at this hour, the shop is closed.

But tonight, the buzz of coffee grinders and hum of an espresso machine continue on. At the center of the room, chairs have been pushed aside and a space has been designated for the evening’s performances.

Philadelphia’s No Stranger, aka Jonathan Cooney, begins the night of music by strumming and belting out his carefully crafted set list of indie-folk songs. Gathered around him in a half-circle, a crowd of hip 20-somethings sporting flannel and denim above their smooth leather boots, stand in complete silence; their eyes are fixed on the swaying musician.

“It’s not necessarily what you think of for a space that would be conducive to shows,” said Cody Gallagher who works at Ferris and organizes its live music events. 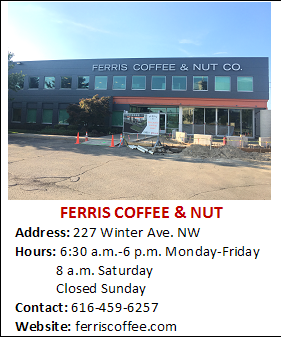 “But I think we’ve made it work. I’ve been blown away by how many people have come out; it’s gone really well.”

Gallagher began curating concerts at the space this summer, after taking over the reins from cafe manager, Hannah Saylor.

So far, the popular coffee spot, located at 227 Winter Ave. NW, has hosted a total of four shows since January and will host its next one this Saturday. Brooklyn bands Pupppy and Thelma will share the bill with Grand Rapids’ own NativeKin. The show begins at 7 p.m. and admission is $5. Get details online here.

In addition to concerts, Ferris will also premiere a full-day event later this month — a one-day festival on Aug. 27 showcasing eight bands and a number of local art and food vendors.

With such a thriving and rapidly growing local music scene, it seems more and more Grand Rapids businesses are realizing their potential for hosting live music. New venues seem to be sprouting up in various locations, hosting occasional — or regular — shows on different nights of the week.

WEST SIDE A FERTILE GROUND FOR NEW AND UPCOMING VENUES

In particular, Grand Rapids’ flourishing West Side is home to several up-and-coming venues, including Long Road Distillers, Harmony Hall and Ferris Coffee have all started to blossom as live music venues, each with their own character and atmosphere. (And there are others, with more to come, including the New Holland Brewing complex on Bridge Street NW.) 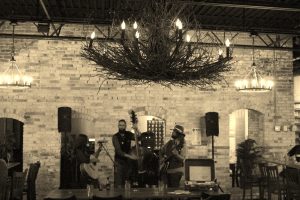 Over the past few months, the trio of venues has hosted popular acts such as Desmond Jones, Megan Dooley & the Last Roots, Heaters, Lady Ace Boogie, Hannah Rose & The Gravestones, Tyler DeCoeur (of The Cardboard Swords), Ghost Orchard and Stovepipe Stover, among many other West Michigan acts and touring bands.

“There are a ton of bands in Grand Rapids and if it weren’t for these kind of DIY-run spaces, I think a lot of them wouldn’t be able play shows and there’d just be a lot less spaces for people to go to,” Gallagher said.

“I like the grass-roots element of it and how you just inevitably end up working with a group of like-minded people for the same goal…it’s just always collaborative. I like seeing a community come together, which I often see with these kinds of shows.”

Literally just down the road and around the corner from Ferris, Harmony Hall at 401 Stocking Ave. NW has started showcasing a long roster of Michigan acts, including Grand Rapids’ own Desmond Jones last month. 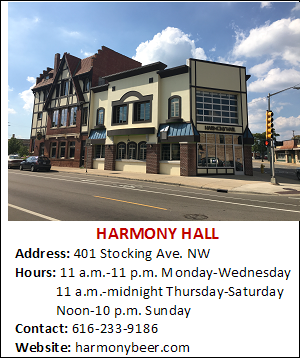 “The vibe at Harmony Hall was great. It’s a beautiful building with lots of open space, so the music carries well,” said John Nowak, drummer for the funk-inspired jam band. “It’s definitely not set up like a rock-band venue, but if the band makes the proper adjustments it’s a great listening space and environment for live music.”

Harmony Brewing began hosting occasional concerts at the popular West Side brew pub and restaurant earlier this year, and now averages a handful of shows each month. The venue also recently debuted an open-mic night on the second and fourth Wednesday of the month, hosted by Heaters’ Nolan Krebs. Also this month, Harmony Hall will host Kathy Lamar on Aug. 11, Astro Jackson on Aug. 13 and An Dro on Aug. 20.

Situated on bustling Leonard Street NW, Long Road Distillers has established itself not only as a distillery to be reckoned with, but also a prominent music venue. 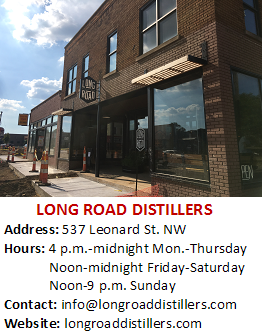 “Our focus was always to make world-class spirits on the West Side, but along with that, we were given this opportunity and we had space available both on the main floor and upstairs,” said co-owner Jon O’Connor. “We thought, ‘Man this would be a great space to bring in some great music and let people do what they love to do.’”

The venue utilizes two spaces for live music: the main dining room/bar area, where bands perform near the large front-facing windows visible from Leonard Street, and the 150-capacity second floor (aka The Rickhouse), which O’Connor said feels like “its own little world” separated from the rest of the building. He said it “fills a niche” in terms of its moderate size.

Evident from its earliest shows was an environment conducive to creativity, with performances steeped in un-distilled passion (to accompany the venue’s distilled drinks) and exuding a kind of raw energy.

“We’ve been all over the place in terms of who’s played at Long Road,” O’Connor said. Acts have been “really eclectic,” and included everything from “singer-songwriters to bluegrass to rock” — even a punk rock show featuring I Believe in Julio. 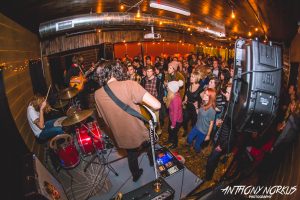 “We’re just excited to be apart of the growing West Side music scene and bar scene and look forward to having a lot more bands here,” O’Connor said.

Brimming with musicians and bands of every genre and riddled with more breweries, restaurants and coffee shops than ever, Grand Rapids has become a melting pot of artistic culture, both abundant in talent and ripe with potential performance venues.

“Musicians and artists need avenues to showcase their work, and a lot of these places have a built-in crowd, so it’s a good way to make new fans and get in front of an audience,” Nowak said.

“I think any restaurant, bar or venue that hosts and supports local music is positively impacting the scene and helping the music community grow.” 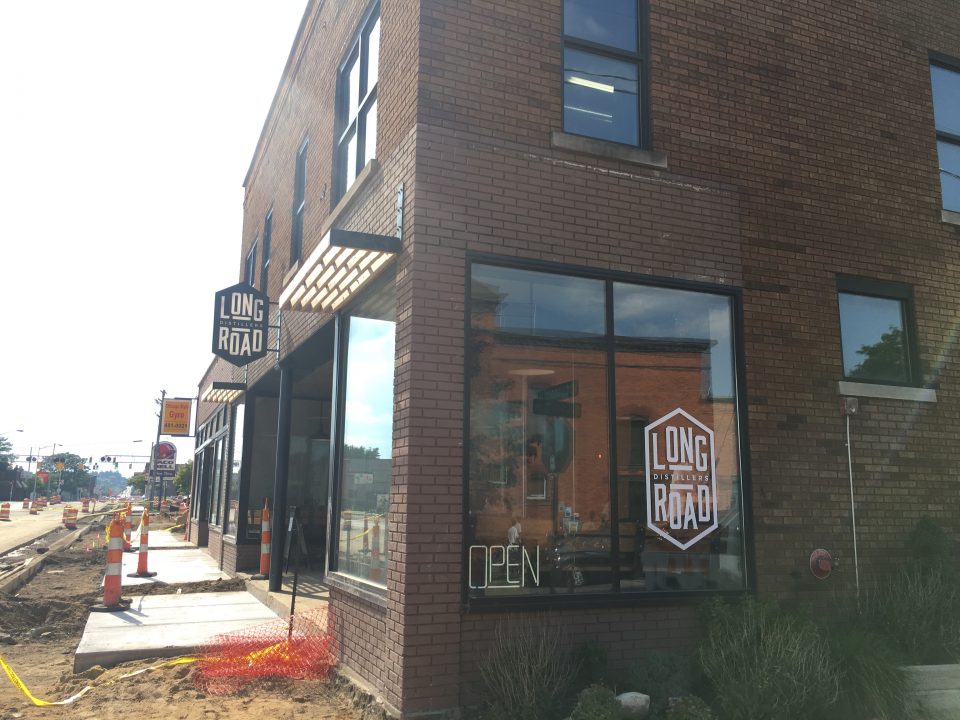 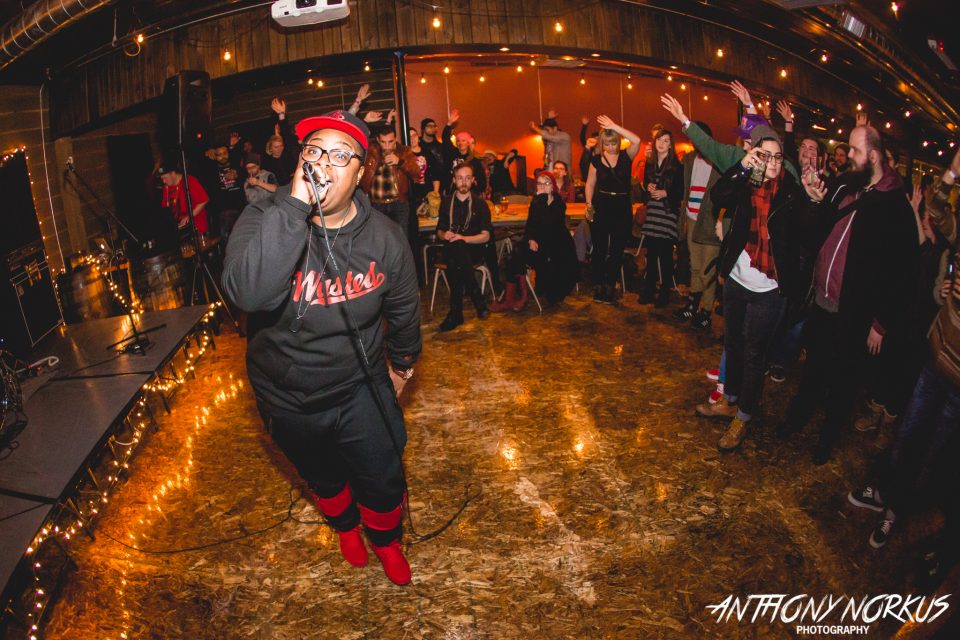 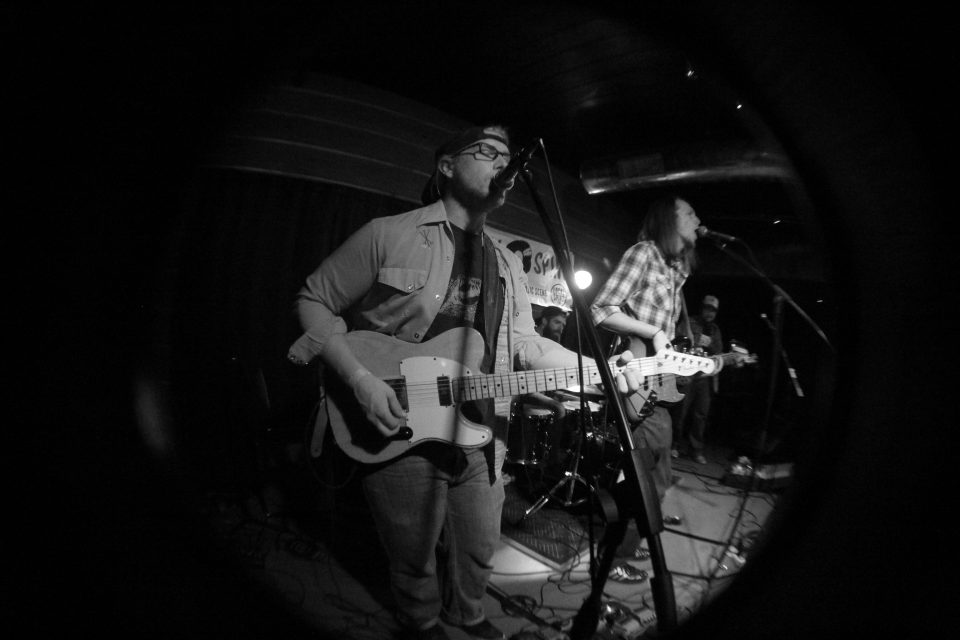 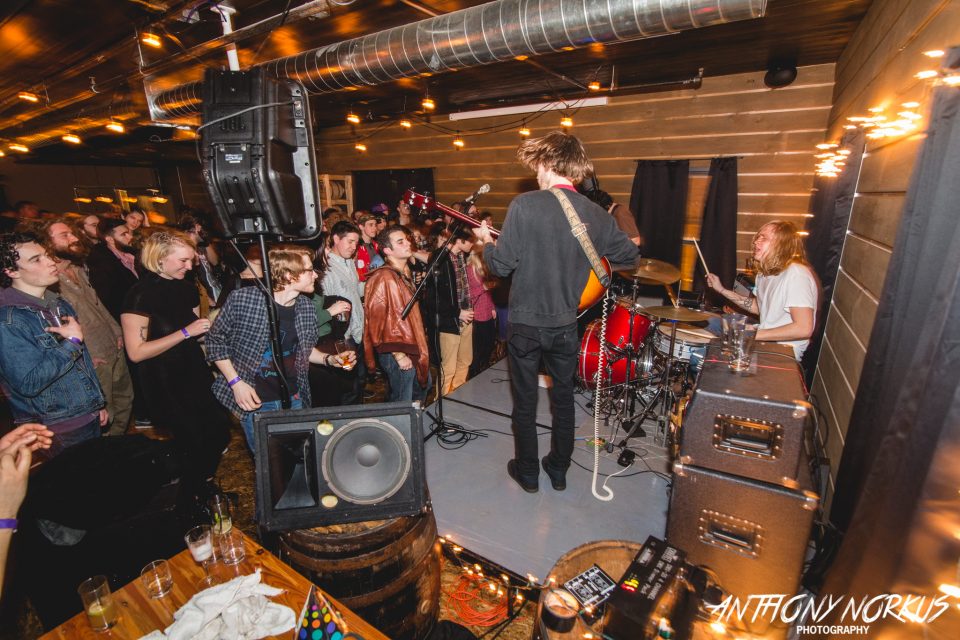 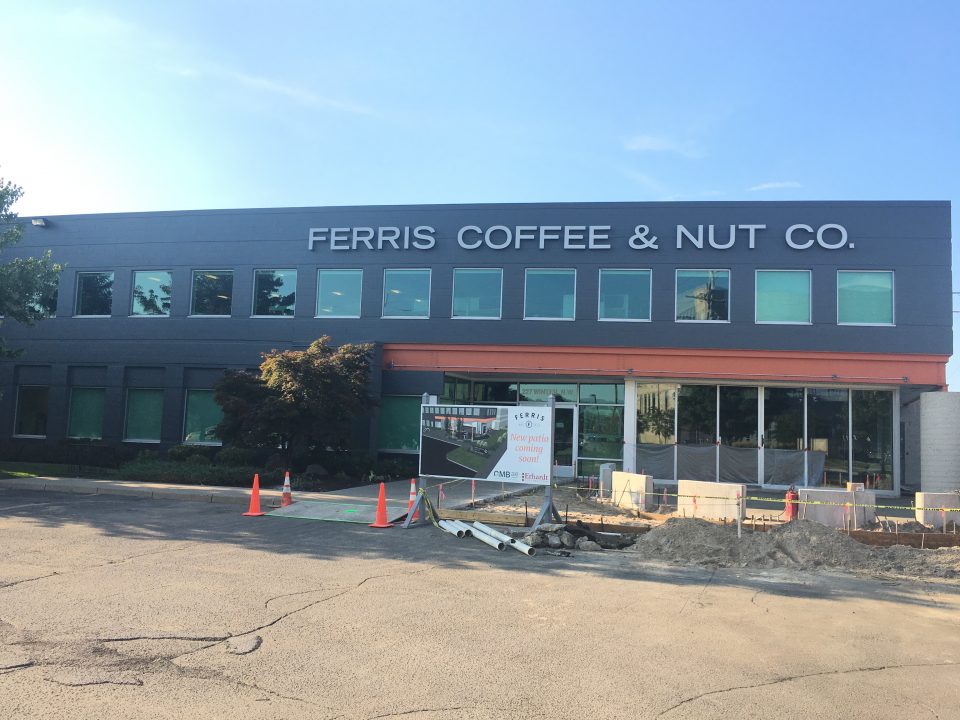 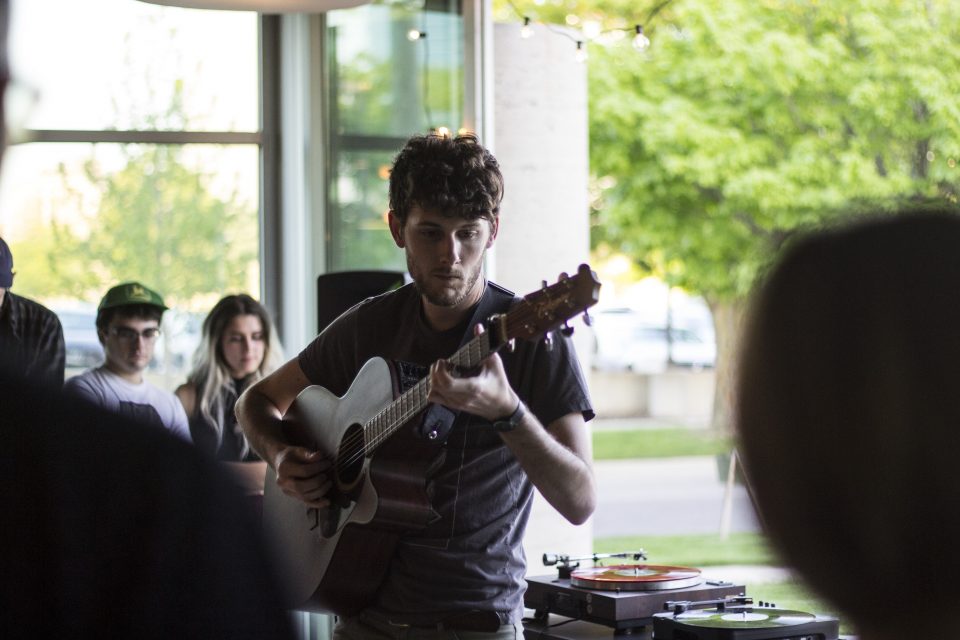 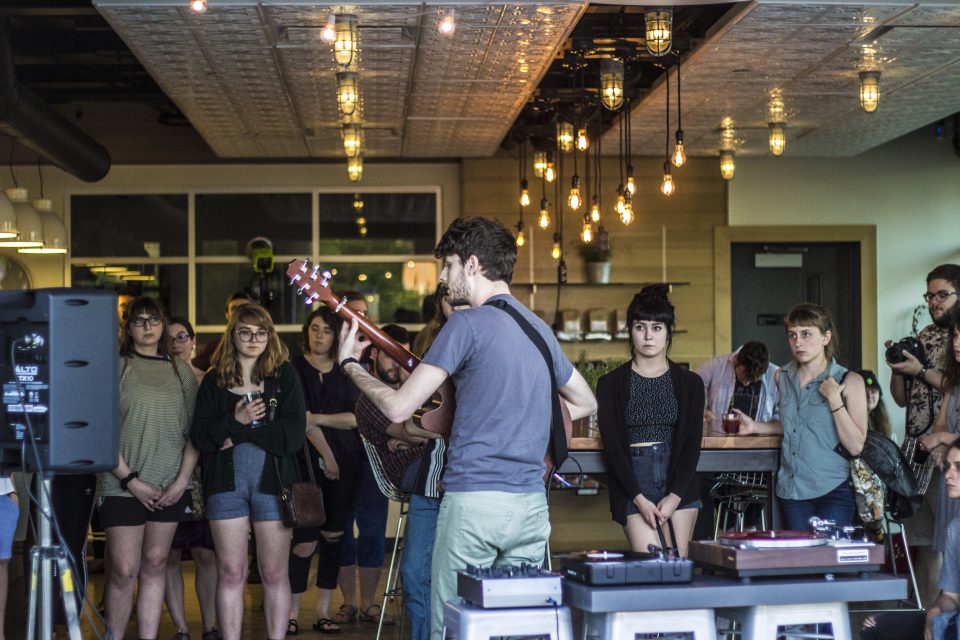 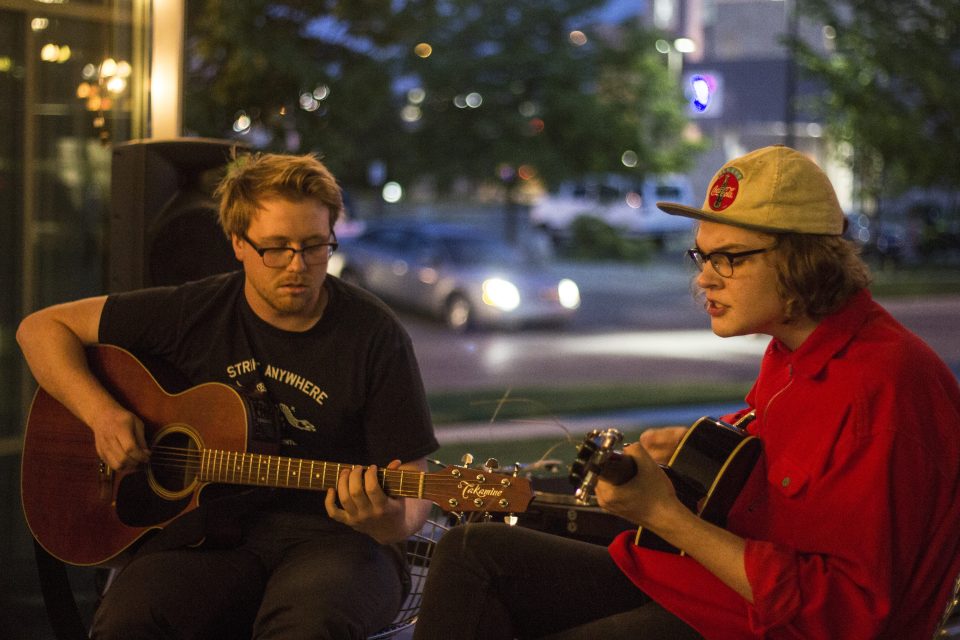 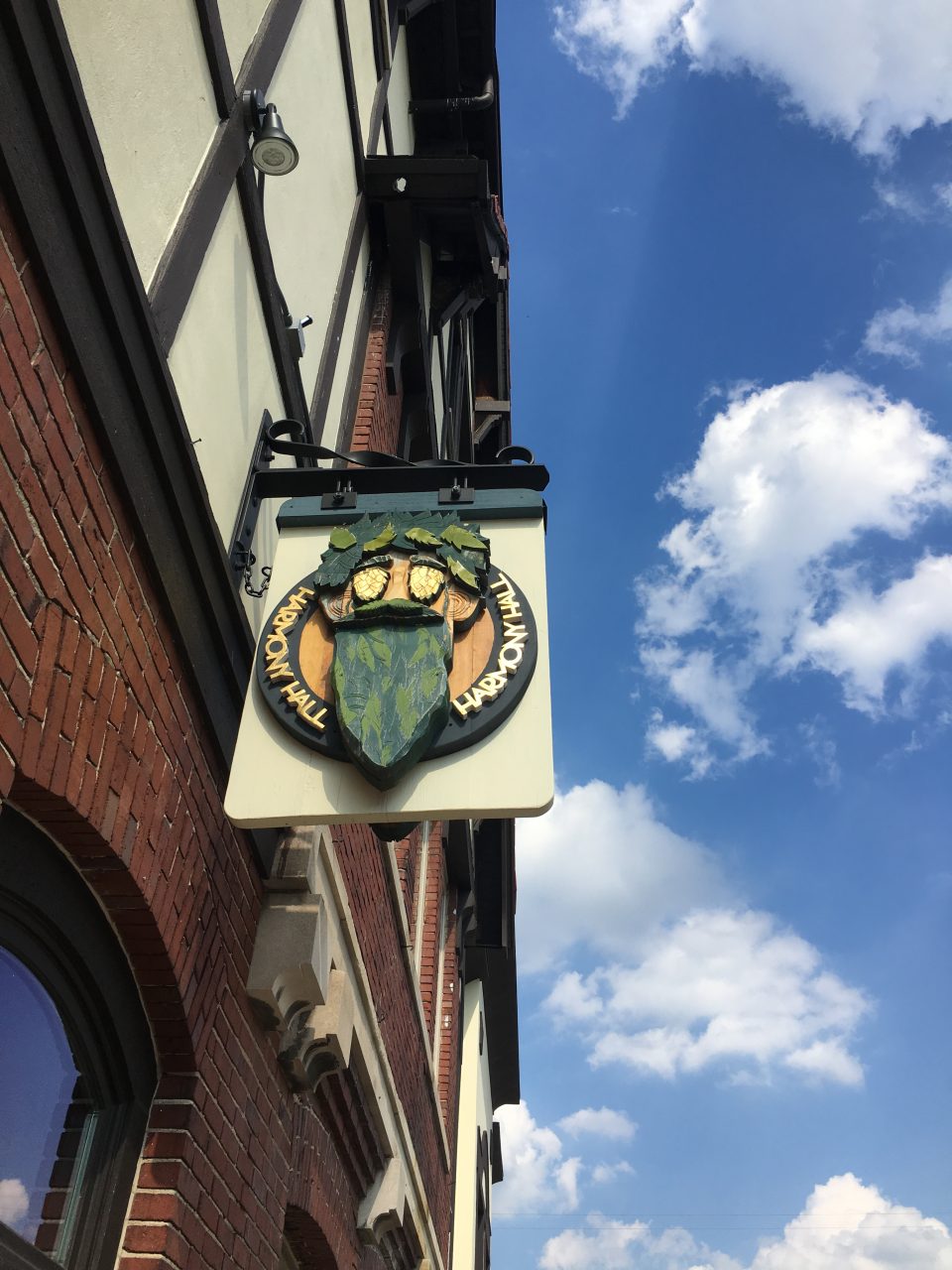 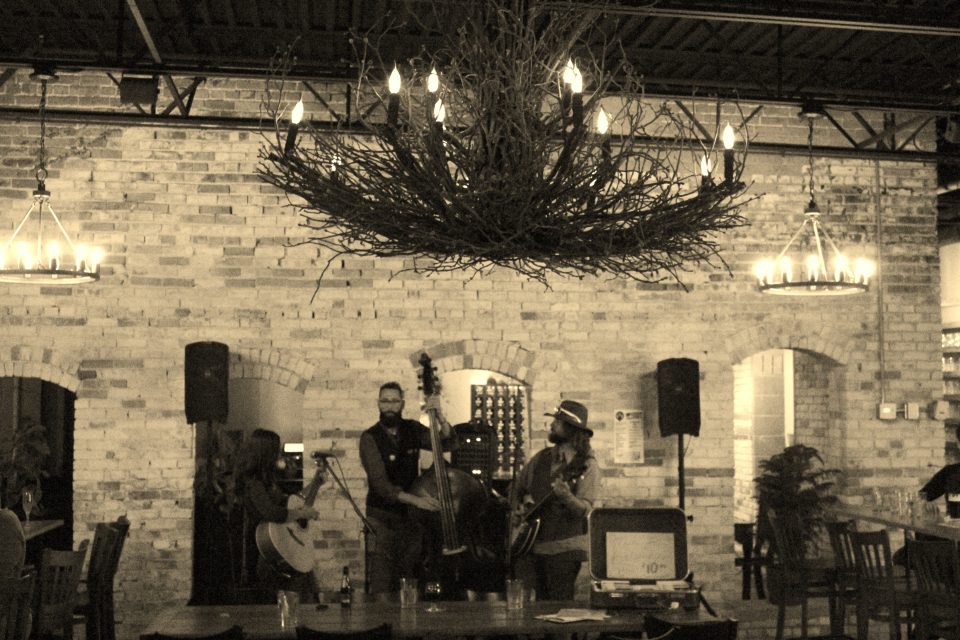