‘Starting to look like Gibson again.’ Under new ownership, Heritage Guitars aims to restore the luster of the Gibson factory to make it a destination for devotees of handcrafted, American-made guitars. 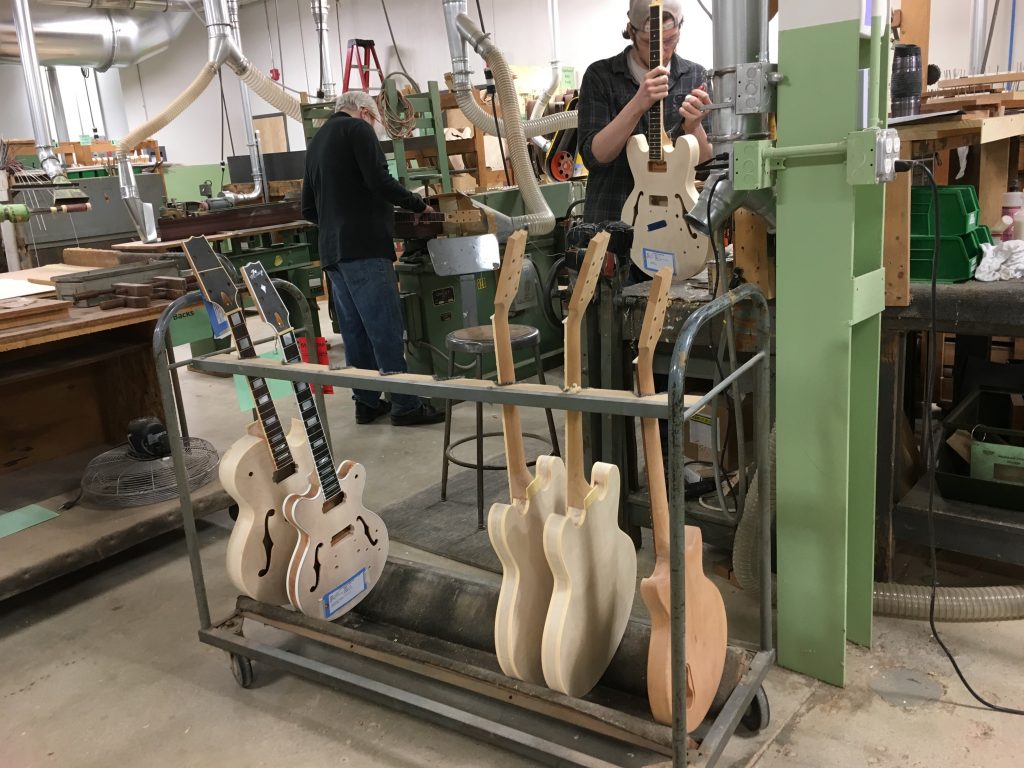 Heritage Guitars Inc., the former employee-owned, custom guitar manufacturer that moved into 225 Parsons St. in Kalamazoo when Gibson Guitar left for Nashville 32 years ago, is undergoing a bit of change — at least in terms of its building.

Renovations are underway to the tune of $12 million, spearheaded by new owners Archie Leach and Jeff Nicholson, who bought Heritage Guitars in 2016. They are aiming to turn the factory into a destination for tourists and local residents, while keeping the legacy of Gibson and Heritage alive and well in Kalamazoo.

“It’s starting to look like Gibson again,” said Jim Deurloo, a co-founder of Heritage, who first started working at 225 Parsons in 1958. “It’s now been a year with Archie and Jeff. For the prior 31 years, things weren’t quite so organized.”

With 29 employees — compared to the 1,000 when Deurloo first started building guitars for Gibson — there may be a little more elbow room than there used to be. But even once renovations are done, the building should have the same feel as it did when it was built in 1917, said Pete Farmer, a production supervisor and luthier who has worked at Heritage for nearly 11 years.

“This place is so loaded with history,” Farmer said. “The building should have kind of the same feel when it is all done. The architecture is not too different than it was 100 years ago, so it won’t look brand new. It will be brand new inside, though.”

For the Heritage plant that means, in addition to a freshened up look, music lovers will have the opportunity to see the plant on one of the regular scheduled tours — which are already occurring twice a week — or enjoy a cold one and catch a live show in a courtyard beer garden that is part of the master plan.

Visitors will also be able to have a bite at a restaurant planned for the adjacent building, rent out event space, take in live music or attend a guitar show on the third floor of the factory. They’ll also be able to peruse an on-site museum on the second floor that will pay homage to not only the history of Gibson and Heritage Guitars, but to Kalamazoo’s music history on the whole. 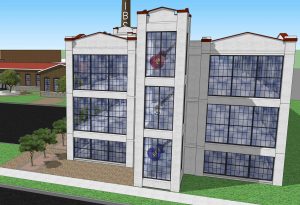 Refurbished: An artist’s rendering of the renovated building.

“The plan is to make this a destination location,” Farmer said. “We want to attract not just guitar players here, but people that are interested in history. And it’s not just the history of the building that will be celebrated, but the history of Kalamazoo.”

A 100-year anniversary celebration is planned for July to celebrate the building’s long history, which dates back to 1917.

(Part of that history also is reflected in a current play, “Good Enough,” that focuses on the female luthiers who built Gibson guitars during World War II while many of the male employees were off at war. That production runs through Saturday at Parks Trade Center, 326 W. Kalamazoo Ave.)

Renovations to the historic Gibson plant, which covers 160,000 square feet, are expected to be complete by the end of 2018 or in early 2019.

It’s the next chapter for the Kalamazoo factory shut down in 1984 when Gibson’s new owners moved their headquarters to Nashville, where the company had opened a secondary plant a decade earlier.

But Deurloo — who was the last man standing with the key in his hand the day Gibson closed the Parsons plant — and a handful of other former Gibson luthiers decided to launch Heritage Guitars. They chose the name to honor the heritage and all that the factory meant to Kalamazoo.

“The greatest asset when this company was started in ’85 was having 800 displaced guitar makers living in this town,” Farmer said. “Being able to cherry-pick the top out-of-work luthiers, when they opened Heritage, they had some pretty good help. “ 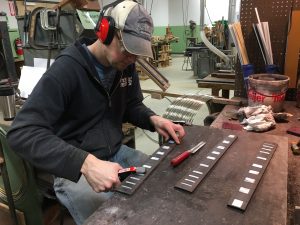 As the only major guitar manufacturer in the country that produces high-quality custom guitars in mass quantity, each one done by hand, Heritage is like no other place on earth, Farmer said.

“Everything done here is pretty traditional. There aren’t a lot of technological tools,” he pointed out.

“None of our patterns are laser or etched in Plexiglass. It’s pretty unreal, when you think about what we are able to accomplish, making them all ourselves, pretty much out of wood. We have capabilities that other manufacturers don’t.

“A private luthier could do what we do, but he is not going to be able to make 1,000 guitars per year. We can.”

With new ownership and renovations in the works, growth is inevitable at Heritage. There are already twice as many employees since Leach and Nicholson bought the company a year ago, and the expected growth not only means more guitars being made, but the possibility for future expansion, said Ron Howard, marketing manager for Heritage.

“Once we are done renovating the production area, there are talks of starting up guitar building school in what is serving as the temporary production space,” Howard said, citing one example.

VIDEO: The Story of Heritage Guitars

To donate to the “Save the Stack” campaign, visit savethestackkalamazoo.com.

For information about the “Good Enough” play about Kalamazoo’s female luthiers, visit this Facebook page. 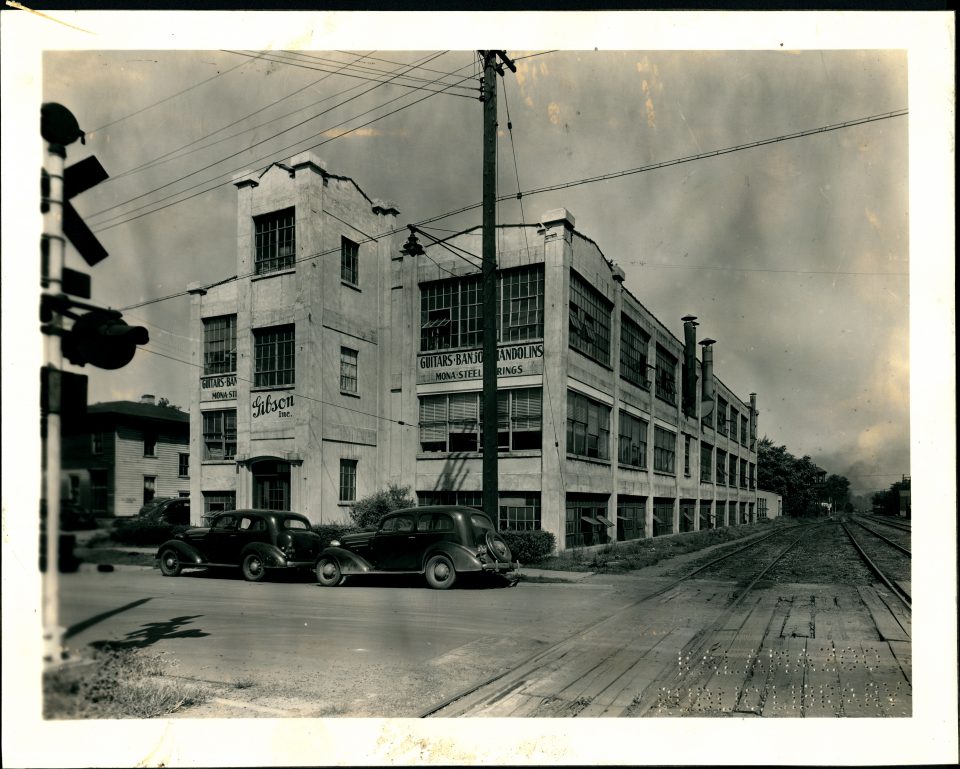 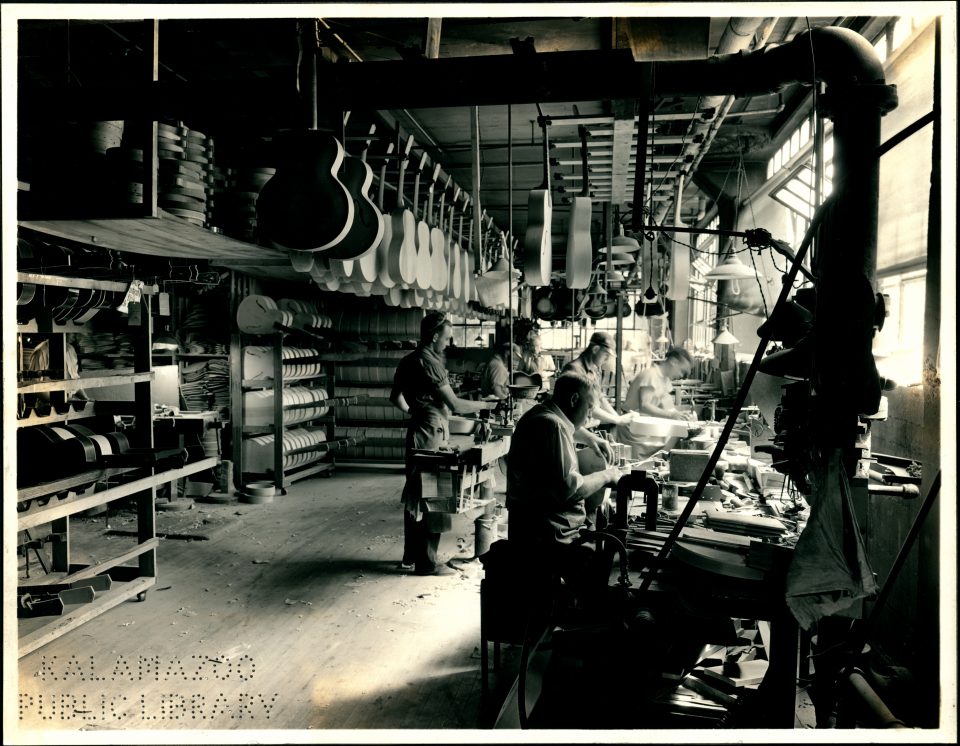 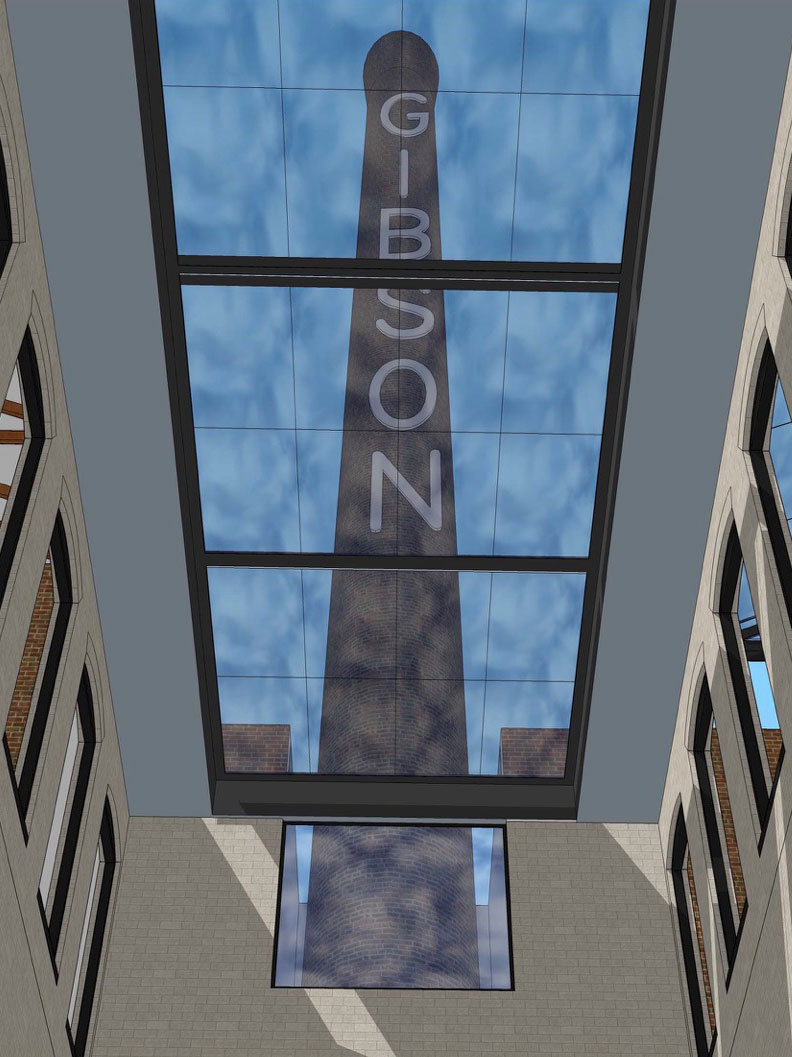 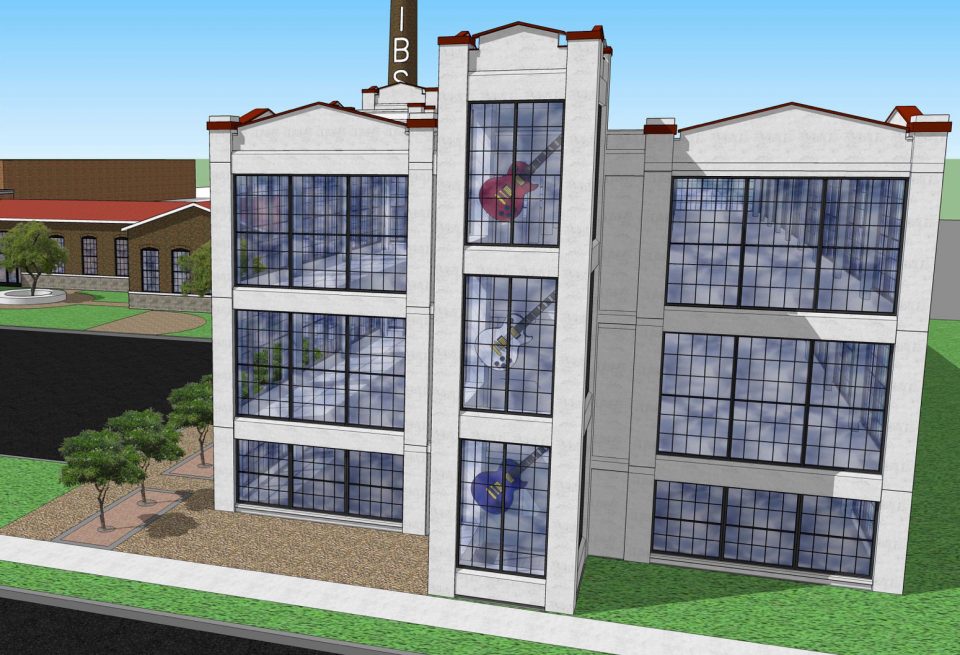 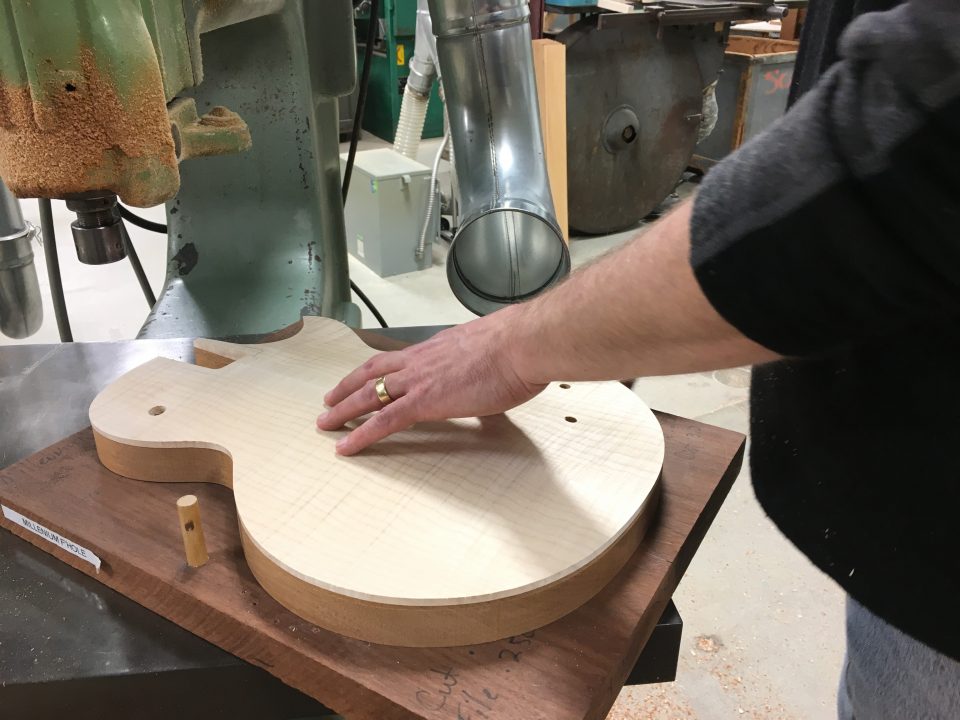 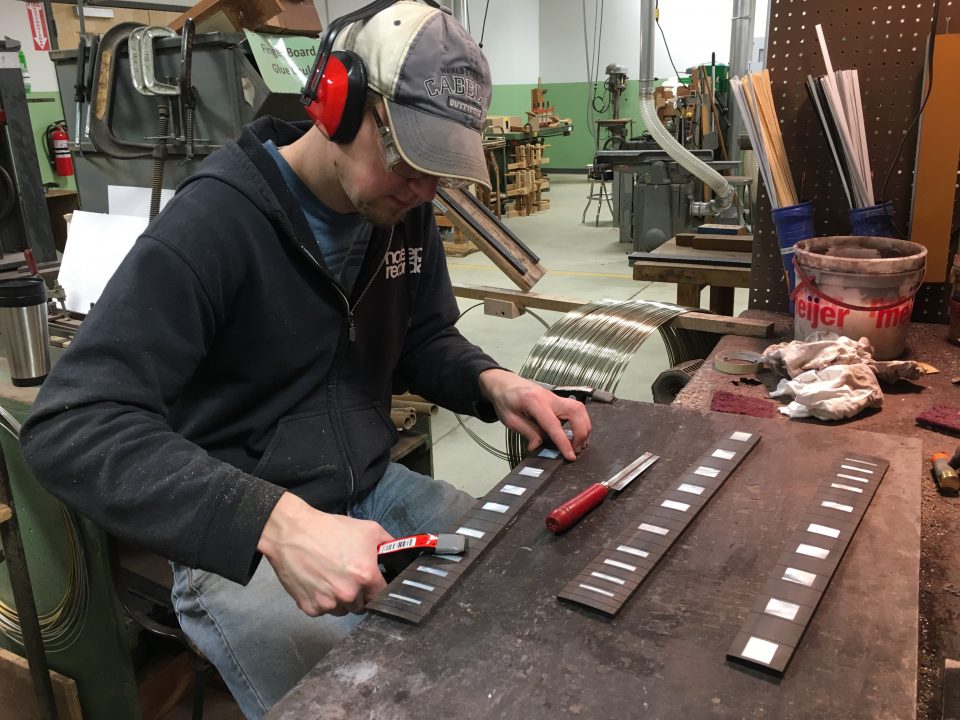 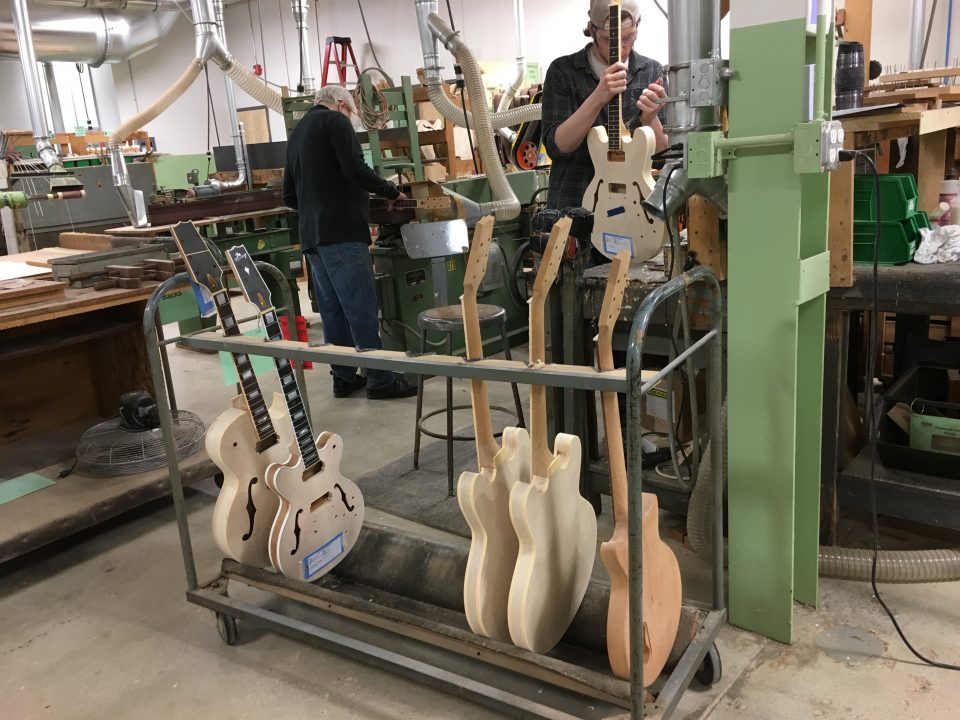 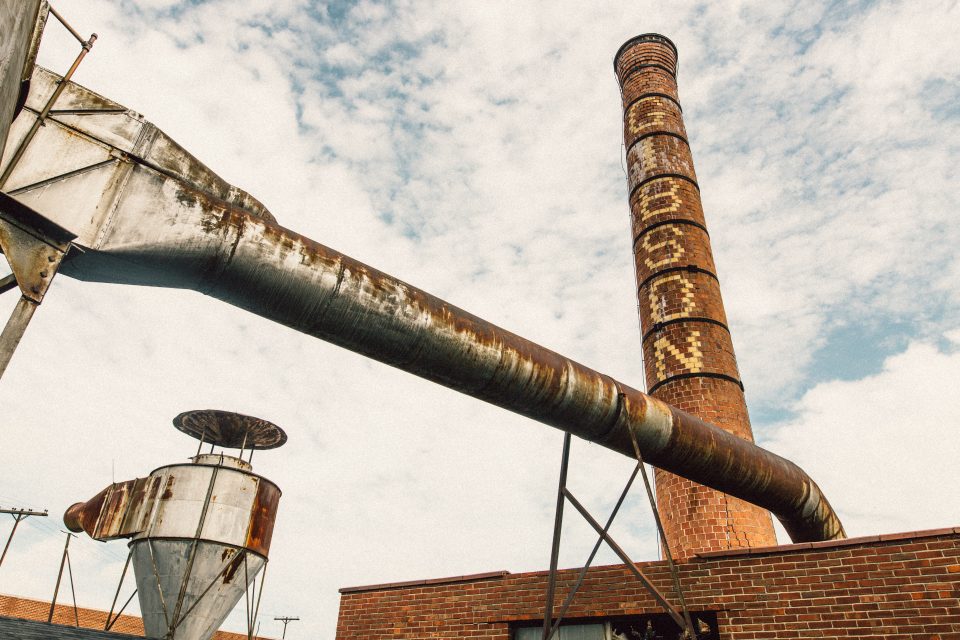