The legendary British singer-songwriter and Rock and Roll Hall of Famer hits Grand Rapids’ 20 Monroe Live on Saturday, the perfect time to unleash this career-spanning soundtrack. 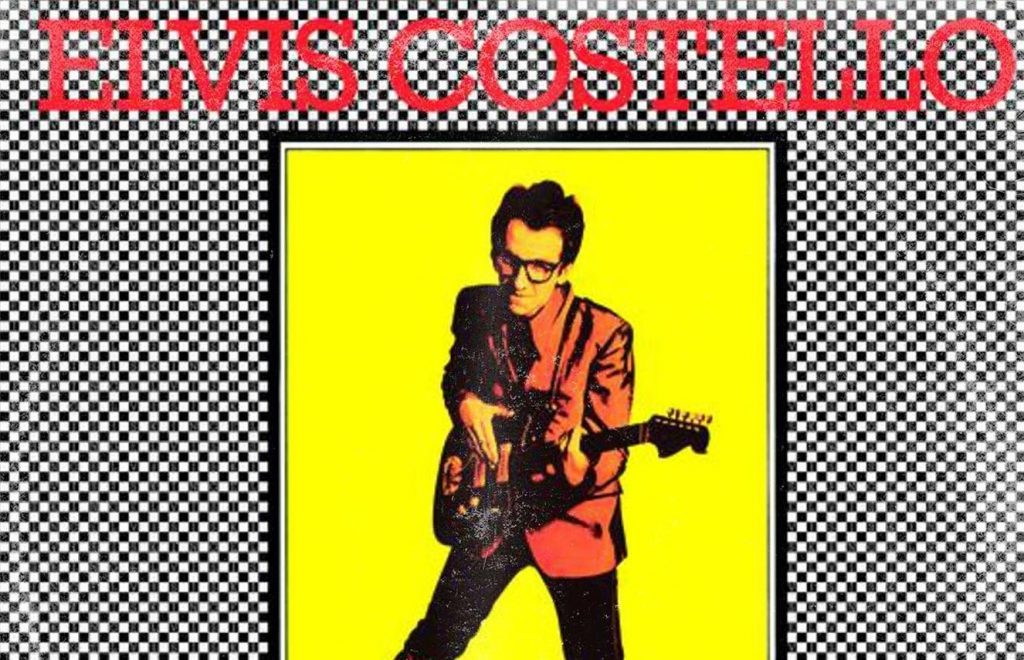 Where It All Started: Elvis Costello’s classic “My Aim Is True.”

I vividly recall bringing home this new purchase from the Grand Rapids Believe in Music shop on Fulton Street and studiously ogling the cover of “My Aim Is True,” attempting to assess the New Wave-ish, cheeky British dude in the Buddy Holly-styled glasses staring back at me.

When the needle hit the vinyl, all preconceived notions were instantly obliterated: The transformation from curious listener to ardent fan took all of about 1 minute, 22 seconds – the length of the opening song, “Welcome to the Working Week.”

What followed, track after track, was revelatory – a pub rocker with a unique voice, brilliant songwriting and lyrics, stunning arrangements enhanced by robust keyboard work and an in-your-face attitude that initially gave Elvis Costello a mislabeled “angry young man” reputation. 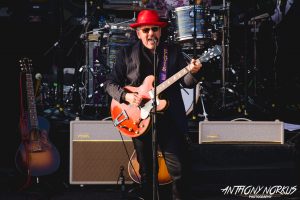 Of course, the lengthy, illustrious and influential career that’s followed has done nothing to alter my first-day impression of Declan MacManus, aka Elvis, although I confess I remain more enamored of the first half of his career than the second.

So, with Elvis and his band bringing their U.S. tour to 20 Monroe Live in Grand Rapids on Saturday — he last played here in 2017, firing up Frederik Meijer Gardens & Sculpture Park — what better time than now to unleash “Local Spins’ Ultimate Elvis Costello Playlist,” a chronologically arranged roster that alternates popular hits with under-the-radar gems. (The concert starts at 8 p.m. Saturday; get tickets online here.)

We’ve compiled some live videos of many of these songs, with a Spotify playlist below. Enjoy.

2. “Mystery Dance,” My Aim Is True (1977) – “(The Angels Wanna Wear My) Red Shoes” (which inspired me to buy this debut album), “Alison” or “Waiting for the End of the World” could occupy this spot, but I chose this enormously entertaining, up-tempo ditty about young lovers trying to figure out what it’s all about.

3. “Pump It Up,” This Year’s Model (1978) – Can’t have an Elvis playlist without this ball-busting rocker on Costello’s first album with The Attractions. The equally ball-busting, controversial “Radio Radio” radio was my second choice for the “big hit” selection from this album.

4. “You Belong to Me,” This Year’s Model (1978) – From the organ work by Steve Nieve, to the roly-poly rock vibe to the snarling vocals to the build-up to its choruses to its push-pull lyrics, this is one tasty tune.

5. “Accidents Will Happen,” Armed Forces (1979) – There’s a reason this album was included in the book “1001 Albums You Must Hear Before You Die” and in Q Magazine’s “100 Greatest British Albums Ever”: It’s impeccable, including this single, which oozes vintage Elvis everything. Of course, the U.S. version of the album also features Elvis’ thunderous rendition of Nick Lowe’s “(What’s So Funny ‘Bout) Peace, Love and Understanding.”

6. “Green Shirt,” Armed Forces (1979) – I could have picked “Oliver’s Army,” but “Green Shirt” generates such intriguing musical venom, I couldn’t resist it.

7. “Beaten to the Punch,” Get Happy (1980) – Not my favorite Elvis album, but the keyboard work is outstanding throughout, and this track has a delicious, early ’60s vibe.

8. “From a Whisper to a Scream,” Trust (1981) – Rolling Stone wrote of this song: “Costello’s sour croon and (Squeeze’s Glenn) Tilbrook’s sweet moan swoop and dive around each other in joyous comradeship.”

9. “Beyond Belief,” Imperial Bedroom (1982) – Hailed for “songwriting as great as it ever gets” (The Village Voice), “Imperial Bedroom” stands as one of the pinnacles of Costello’s career and the wonderfully produced opening track makes the perfect entry to a riveting collection of songs.

10. “Everyday I Write the Book,” Punch the Clock (1983) – It was Costello’s first Top 40 hit in the United States and it remains a staple in his live shows. Catchy, well-crafted, smartly arranged.

11. “I Hope You’re Happy Now,” Blood and Chocolate (1986) – After “King Of America,” this represented the Attractions’ return to a Costello recording and tracks like this and “Tokyo Storm Warning” show off why he was better off with these guys behind him.

12. “Veronica,” Spike (1989) – Written with Paul McCartney, this pop ditty shows off the tendencies of both artists, from the somewhat schmaltzy to the insanely infectious to the lushly produced.

13. “Jacksons, Monk and Rowe,” The Juliet Letters (1993, Elvis Costello & The Brodsky Quartet) – I concede to being a bit peeved when Elvis released this foray into classical music and it received little time in my CD player. But it also proves his far-reaching musical mettle, so this “single” appears on this list as evidence.

14. “13 Steps Lead Down,” Brutal Youth (1994) – At the time, after some adventurous explorations and collaborations, I felt like this was a step back toward the Costello I had fallen in love with in the 1970s. A raucous ending.

15. “Complicated Shadows,” All This Useless Beauty (1996) – A bit of a roots rock departure for Elvis and a beautiful, muscular one that builds to a rousing crescendo.

17. “Needle Time,” The Deliver Man (2004) — Recorded at Sweet Tea Studio in Mississippi, Lucinda Williams and Emmylou Harris made guest appearances on this album, which has a grittier, alt-country-hued quality. And this track is a romp.

18. “Stella Hurt,” Momofuku (2008) – For the most part, a growling rocker of an album and this track represents the attitude and nearly psychedelic flavor it exudes. I saw Costello on the tour behind this recording and it was wondrous.

19. “My All Time Doll,” Secret, Profane & Sugarcane (2009) – Elvis insists on taking musical detours, and this one sent him toward country/Americana music once again, with folks like T Bone Burnett, Jerry Douglas, Jim Lauderdale and Stuart Duncan on board. This track perhaps works the best in marrying Elvis’ usual groove with this acoustic, Americana bent.

20. “Unwanted Number,” Don’t Look Now (2018) – The kind of catchy Costello classic that recalls his glory years, deftly straddling lyrical cleverness with an infectious hook. Although certain tracks on this album are overly schmaltzy, there are gems throughout.