The rock ’n’ roll collection tops an all-new Local Spins Hot Top 5 Chart for June that also features Jack Droppers and Lipstick Jodi. Plus, view a new video and see what else is in store for PerShayla in 2021. 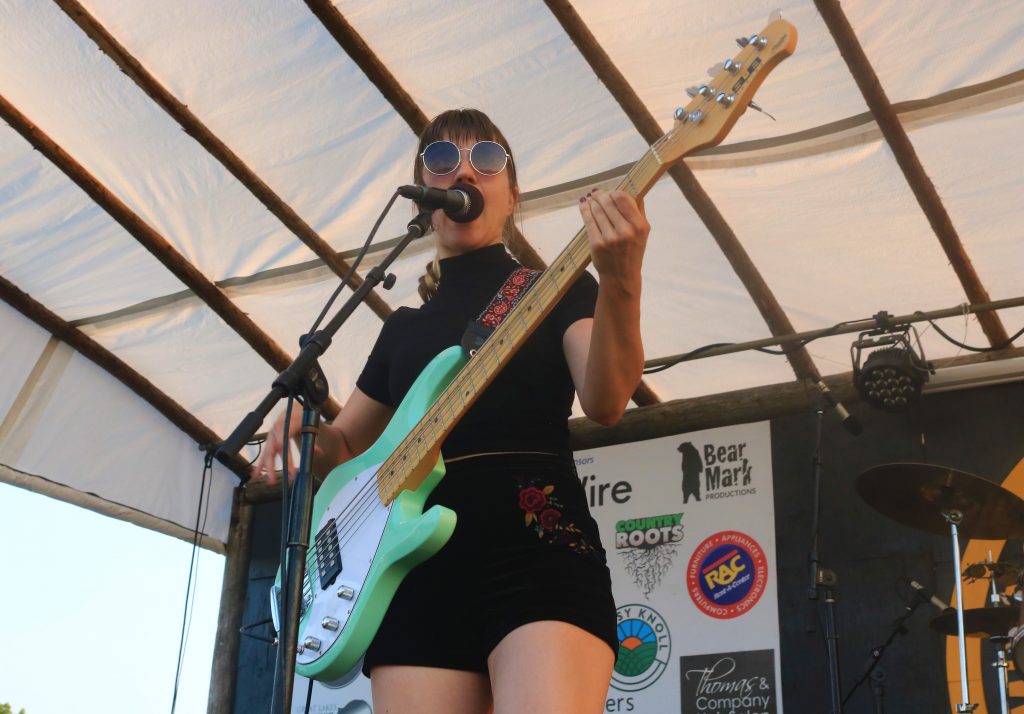 Patty PerShayla has put in the work, stayed in the fray, cultivated a fervent fan base, impressed critics and come a long way since starting to write songs as a teen and diving into music full-time.

So, the full-length debut album from Grand Rapids rock outfit Patty PerShayla & The Mayhaps covers a lot of ground and packs a here-we-are-damn-it punch.

“ ‘Cheap Diction’ was a lot of fun to make, starting of course, with our studio time at Goon Lagoon with (co-producer) Uncle Tommy (Schichtel) and his tape reels, vintage guitars and old-school robot collection,” PerShayla recalls. 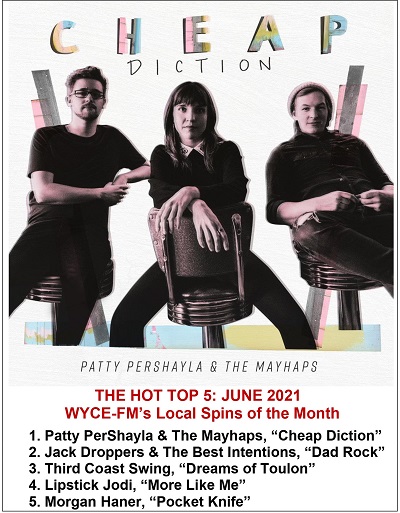 An All-New Roster of Albums for June

“There are some songs from 2017 (“Walking on My Hands,” Borders”) and some from 2020 (“Slo Mo,” “Midnight Line”) and it was fun to find a way to fit them all together and just kick the door down as a band introduction. Like, we’re here, we’re loud, go on and try to ignore us.”

They certainly haven’t been ignored: “Cheap Diction” soared straight to No. 1 on the Local Spins Hot Top 5 Chart for June, representing the local or regional album that earned the most radio airplay at WYCE (88.1 FM).

“I really love the way the album starts out, with ‘Walking on My Hands,’ a song we tracked digitally in 2018 or so as Talk Radio. I wanted to give it a little something new, so we had the idea to do some crowd banter at the beginning, complete with a toilet flush,” she says.

“We’re not half-assing anything, but we aren’t taking this thing too seriously, either.”

The album tops a June roster of all-new Hot Top 5 entries, with Jack Droppers & The Best Intentions’ “Dad Rock” at No. 2, Third Coast Swing’s “Dreams of Toulon” at No. 3, Lipstick Jodi’s “More Like Me” at No. 4 and Morgan Haner’s “Pocket Knife” at No. 5.

“I am a total WYCE fan girl so the programmers’ opinions mean a lot to me. Seeing the record jump to No. 1 on their trending chart for a week, alongside powerhouses like Larkin Poe and Angelique Kidjo, was surreal,” PerShayla concedes.

PLAYING SUMMER FESTIVALS AND JOINING THE ACCIDENTALS ON A FALL TOUR

“When I won a Jammie for my solo album in 2019 I was definitely proud, but also surprised because I was already directing all of my energy toward The Mayhaps. Hearing my bandmates on the radio makes me giddy. They always have my back and I am honored to get to share this with them.”

News of hitting No. 1 comes as the band this week released a music video for the track, “Slo Mo,” which you can view here.

The summer ahead offers plenty of highlights for the Mayhaps.

After playing last weekend’s Smiling Acres Music Festival (“It was like a family reunion”), the band is headed to next week’s Beaver Island Music Festival in northern Lake Michigan and playing Frederik Meijer Gardens & Sculpture Park with Cameron Blake on Aug. 10. 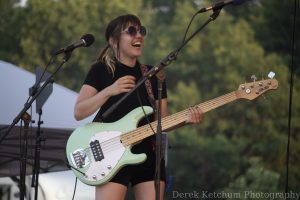 Happy to Be Back on Stages: Pershayla (Photo/Derek Ketchum)

“I always love working with Cameron Blake and I am honored to play on the same stage where Sheryl Crow performed a few years back,” PerShayla said of the Tuesday Evening Music Club performance at Meijer Gardens. “She’s the inspiration for so much of my music and a lot of my attitude, too.”

But the fall may offer PerShayla her biggest challenge yet: The Accidentals have asked her to join them on guitar for their fall tour in support of the Traverse City folk-rock band’s much-ballyhooed new studio album, “Vessel.” PerShayla recently rehearsed with them and has “put in a lot of hours with my guitar to keep up.”

“I’m grateful for the opportunity to spend some more quality time as an instrumentalist, and for the chance to rack up some mileage as a musician,” she says.

“Their team felt like a family and I continue to learn a lot from watching them work. And the songs are really good, too.”