The Grand Rapids singer-songwriter topped WYCE’s October chart which also featured new releases by Last Gasp Collective, May Erlewine and The Skinny Limbs. Listen to songs by all of the featured artists. 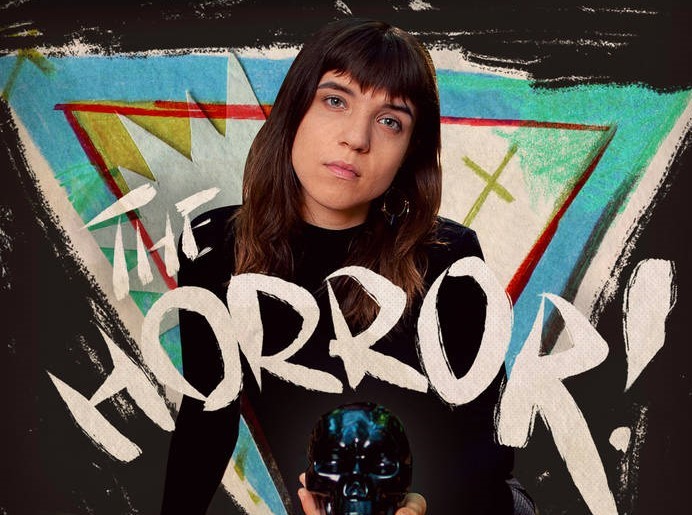 Straight to the Top: Patty PerShayla won over fans with Alice Cooper/Edgar Allan Poe-inspired tracks such as “The Horror!” (Photo/Sam Cooper w/ artwork by Evie Dzomba)

SCROLL DOWN TO LISTEN TO SONGS BY HOT TOP 5 ARTISTS

It’s only apropos that Patty PerShayla’s Halloween-themed new EP, “Oracle Bones,” would shoot straight to No. 1 on the Local Spins Hot Top 5 Chart for October.

The Grand Rapids singer-songwriter’s ukulele-drenched, sometimes-scary six-song EP (with the track, “The Horror!” influenced by Edgar Allan Poe and Alice Cooper) was the most-played local or regional album at WYCE-FM last month, just ahead of Kalamazoo’s Last Gasp Collective and northern Michigan’s May Erlewine. 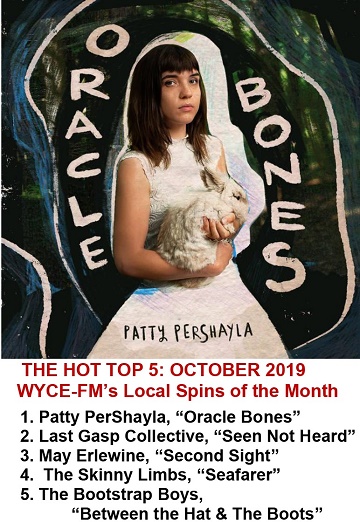 Four of the five releases were new to the chart in October.

“I am thrilled to hear that,” said PerShayla, who just wrapped up a fall Michigan tour to promote her debut solo recording.

“I guess I expected people to enjoy the album but the response has been far beyond what I imagined. I released the EP with the intent to share some old songs of mine I’d been sitting on, to have music available at my solo shows, and to put out something fun for Halloween.”

PerShayla added that it’s been “a great couple of months for me and I’m ready to get back to the studio in January to release a full-length rock record with Patty PerShayla & The Mayhaps, which sort of rose from the ashes of Talk Radio.”

PerShayla’s “Oracle Bones” wasn’t the only release to debut on the Hot Top 5 Chart in October.

Indeed, four of the five albums were new to the chart. Only The Bootstrap Boys’ “Between The Hat & The Boots” was a holdover from the September chart, with the outlaw country band dropping from No. 1 to No. 5.

They were followed at No. 4 by pop/indie-rock outfit The Skinny Limbs’ “Seafarer.” Check out reviews of these albums at Local Spins here and listen to songs from the Hop Top 5 via Spotify below.