Gov. Gretchen Whitmer today announced easing COVID-19 restrictions for the Traverse City area and the U.P. for Memorial Day weekend, but social-distancing is still critical and a big concern. 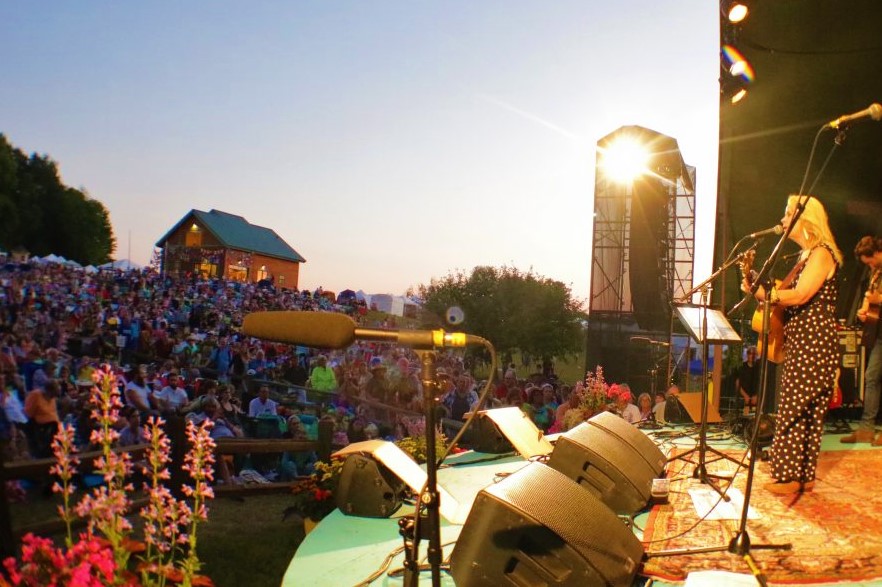 Northern Exposure: There will be no Blissfest 2020 near Harbor Springs in July but the region is opening slowly this weekend. (Photo/Anna Sink)

In mid-May a year ago, Michiganders were preparing for a robust season of music festivals, outdoor concerts and much-anticipated tour stops by internationally acclaimed stars.

Some of the biggest stories of the month at Local Spins focused on the upcoming, record-setting season of concerts at Frederik Meijer Gardens & Sculpture Park, the upcoming Memorial Day weekend Bus Benefit which was kicking off Michigan’s summer festival celebrations and a tour-launching performance by The Who at Van Andel Arena.

Free community concerts in parks across the region were also gearing up for another crowd-attracting slate of weeknight shows featuring regional acts.

Live music prospects are far different in May 2020 due to the coronavirus pandemic, with all indoor concerts canceled, most summer tours postponed and many outdoor music festivals scrapped. Meijer Gardens, which hasn’t yet revealed its plans for summer concerts, is expected to make an announcement later this week regarding the future of shows at its outdoor amphitheater. 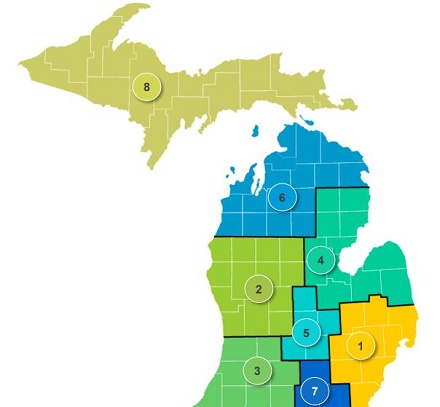 Zones 6 and 8: The Upper Peninsula and Traverse City regions are covered by the reopening order. (Graphic/Michigan Economic Recovery Council)

But there is a glimmer of hope, as evidenced by today’s press conference staged by Michigan Gov. Gretchen Whitmer.

Whitmer announced that northern parts of the state would be allowed to reopen for business starting Friday, the beginning of the Memorial Day weekend.

Businesses, including restaurants and bars, in the Upper Peninsula and the region in and around Traverse City will be allowed to open up to customers provided they follow specific social-distancing and health safety rules. Communities within Zone 6 and 8, as designated by the state, are part of this reopening.

“This is a big step and it’s right before the holiday weekend. I want to encourage everyone to stay smart and to stay safe,” Whitmer said. “Keep your wits about you. Let’s not all go rushing out and force (another) closure. We want to keep moving forward. Everyone needs to do their part.”

Whitmer noted that while new COVID-19 cases in these northern Michigan regions are far below the statewide average, she cautioned that “this is a new way of dining. We’re going to be doing this slowly and engaging slowly.”

Indeed, whether live music is part of the package for some time in the future remains uncertain.

Pete Kirkwood, founder of Traverse City’s Workshop Brewing, which has been closed since the governor’s first executive order in March, said the virus is leading to many changes in operations. But social-distancing rules make live music at the brewpub difficult.

“A constant thread, though, is fewer people together at once. This is at odds with the heart of live performances: the human connections,” Kirkwood told Local Spins. 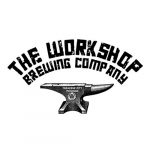 He added that without the COVID-19 pandemic, Workshop was expecting its “best summer yet,” so the sooner a vaccine is available, the better.

Traverse City Mayor Jim Carruthers noted in today’s televised press conference that it’s been frustrating to see major events such as the National Cherry Festival and Interlochen Center for the Arts concert series get canceled.

“It pains all the mayors up north,” he said in cautioning residents and travelers to be careful, wear masks and practice social-distancing. “But we need to make sure we protect the health and safety of our residents.”

Today’s order by the governor takes effect at 12:01 a.m. Friday, with more details expected to be released in coming days.