Joined by The String Wizards, McEuen makes a tour stop Friday at Listening Room when fans can expect new material and Nitty Gritty classics. And Local Spins is giving away tickets to some lucky readers. 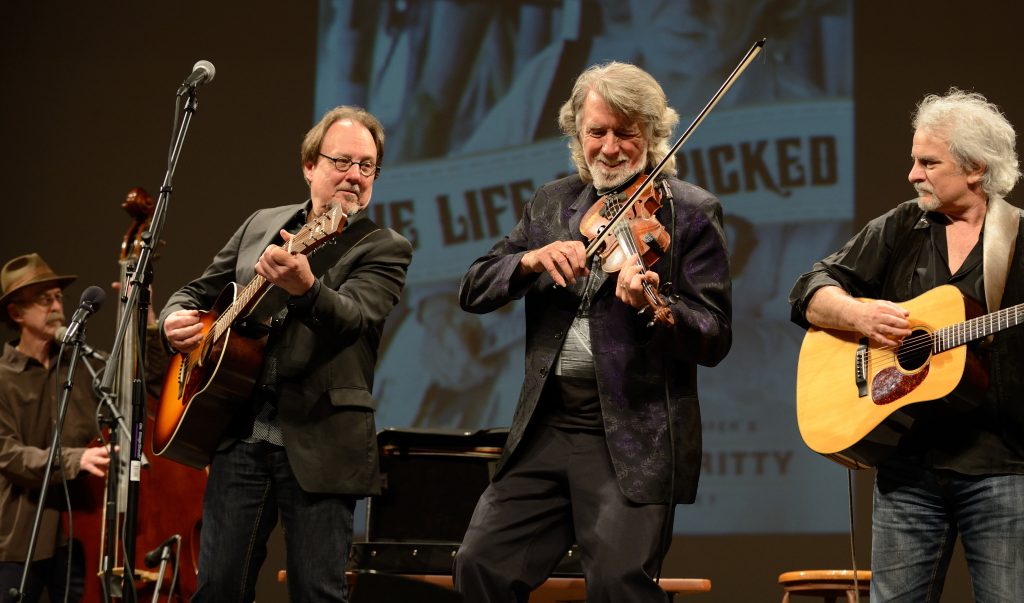 A Legacy of More Than a Half-Century: John McEuen & The String Wizards play Michigan this week. (Courtesy Photo)

TICKET GIVEAWAY: The first two people to email john@localspins.com with “MCEUEN” in the message field will win a pair of tickets to Friday night’s show. All attendees must provide proof of vaccination or negative COVID test within the last 72 hours for entry to Listening Room concerts.

John McEuen is many things. A banjo player. A fiddler. A songwriter and bandleader. A music producer.

What he might be most of all is a musical storyteller. 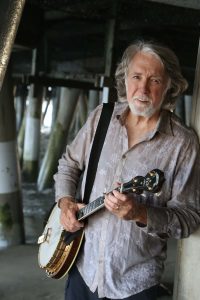 The Life He’s Picked: From Steve Martin to Dolly Parton, McEuen has a long list of impressive associations. (Courtesy Photo)

McEuen, renowned for his prowess on banjo, has added additional instruments to his repertoire over the years: fiddle, guitar, mandolin – pretty much anything with strings.

McEuen is most familiar to audiences from his tenure in the Nitty Gritty Dirt Band, which he co-founded. Thompson and Cable both claim former membership in the group, while Cartsonis has played with McEuen for over 25 years.

“There’s two original Dirt Band guys, me and Les. Les called me at 16 and said the guys at the music store were putting together a music group. Jeff Cable was in the Dirt Band in the ’70s. He was in the band when we were the first to play in Russia. He’s played with me off and on,” said McEuen.

“Matt is the third guy. He sings great. The first time I heard him was 35 years ago. I said, ‘I’ve gotta play with him.’ When the Dirt Band wasn’t playing, I’d go out with him.”

During the show, McEuen will surely regale the audience with stories from his nearly 60 years as a performer. That brings us to another recent project: A memoir of his life as a troubadour.

“The Life I’ve Picked” is filled with stories about his time on the road, family, songs and the people he’s played those songs with. That includes country stalwarts such as Dolly Parton, Willie Nelson, Johnny Cash and The Band. Rockers and pop stars includes Linda Rondstadt, the Doors, the Doobie Brothers. And the unexpected: Andy Williams, Kevin Nealon, Jose Feliciano, Dizzy Gillespie, Foreigner.

The list goes on and on. And so do the stories.

From the book comes this part of a tale of playing in an extremely out-of-the-way town in Alaska: “Cordova (was) serviced by a couple of daily flights and a semi-weekly ferry. Libby and Gary Graham, our hosts (two of the finest people I have ever met) met us at the Cordova airstrip. I had Marilyn, her son Richi, and four of my boys on this trip (Jonathan, Ryan, Nathan, Andrew). Gary handed me his Suburban keys and said ‘Meet you at the house. It’s the brown one a couple of streets up on the right side when you get to town.’

“I knew I was in a different place when he turned the question of where’s the house key over to Libby, to which she replied ‘Well … let’s see … you gave it to me. I had it when we moved in. When was that? Umm … 18 years ago. But haven’t seen it since.’”

If there’s an award for best title, “The Life I’ve Picked” should surely be a contender. A comment to that effect immediately brought forth another story. Seems McEuen had finished the book and had to turn in the manuscript the next day, but he still didn’t have a title. He told his wife, “I’m going downstairs to the life I’ve picked.” Ta-dah! Apocryphal or not, it’s a great story, and the book is jam-packed with them. 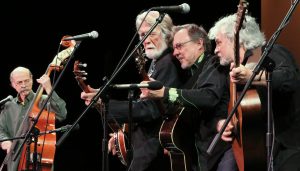 “Starting out, I wanted to have a line of work that would allow me to work a long time. I wanted work to not be work,” he said. So at 17 he got a job performing magic at Disneyland, where he met lifelong friend Steve Martin. “Steve and I spent three years there. Then music came along. I really liked this Doc Watson guy. I got my first banjo.”

His membership in the group he co-founded, the Nitty Gritty Dirt Band, spans two different tenures: 1966 to 1986 and 2001 to 2017. He left the band following the end of the tour marking the band’s 50 years of existence.

“That’s when I stepped off the bus,” he said. As a result, he said there’s a lot less tension in his life, and he has the time to do what he wants without having to compromise.

Is there anyone out there he hasn’t yet played with that he’d like to? When the question was posed, McEuen immediately named two: Paul McCartney and John Fogerty.

“I’ve been lucky,” he said, noting he’s met both. In fact, he said his encounter with Fogerty allowed them both a chance to say how much they enjoyed one another’s music. “I just wanted to say hello. Turns out he’s a fan,” said McEuen.

His most recent recording, “Made in Brooklyn,” features McEuen in a variety of roles, along with some ringers.

McEuen’s set list on Friday will likely include some material from that recording, plus his decades-long tenure with the Nitty Gritty Dirt Band. And of course other familiar favorites.

“What I’m bringing is a lot of fun. The guys are excited about playing again. It’s a small room, it’s gonna be a good night.”