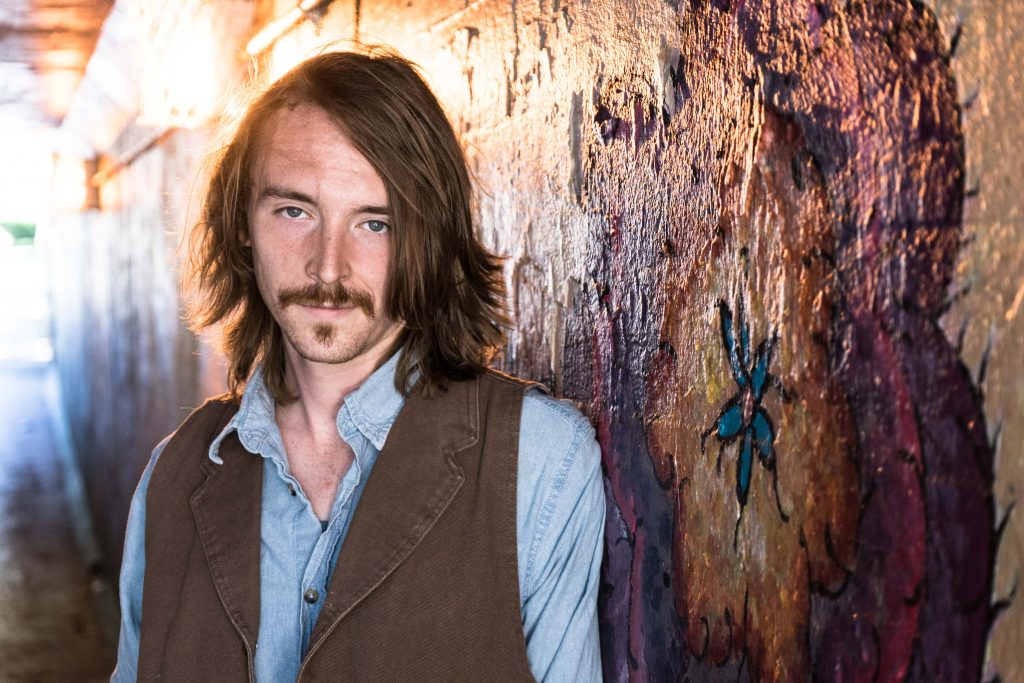 Full-Band Instrumentation All On His Own: Morgan Haner’s latest release. (Photo/Patrick Burke)

Morgan Haner doesn’t consider himself a singer-songwriter as much as “a working-class songsmith who puts you directly into someone else’s shoes.”

His new studio album, “Pocket Knife,” underscores that approach with a collection of insightful songs and musical tales written, performed, recorded and produced entirely by Haner.

“I took some major risks with this album, not the least of which was the decision to do full-band instrumentation by myself. This was partially necessitated by the circumstances we find ourselves in with COVID, but it was also an opportunity to stretch my musical and production chops,” he said of his sophomore album and the follow-up to 2017’s “Transmitter Blues.”

“It will become clear that this project is about the writing first and foremost. On this one, the focus is squarely on, ‘Here’s the song. Here’s what the song is trying to say,’ and hopefully, you understand and enjoy the ride it takes you on.” 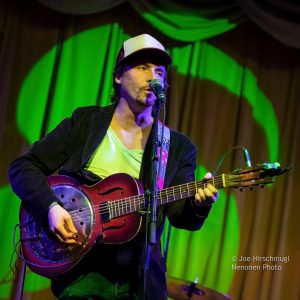 About the Writing ‘First and Foremost’: Haner on stage. (Photo/Joe Hirschmugl)

For Haner, of Kalamazoo, that ride has been a wild one since the pandemic swept in last March.

Known by many West Michigan musicians as Founders Brewing Co.’s sound guy, Haner eventually was laid off by the Grand Rapids taproom due to the cessation of live music forced by COVID. He temporarily took a job at an auto parts factory to help pay the bills, before returning this year “to the music world” for various sound engineering assignments.

The changes also gave him the opportunity to dive into the nine-song “Pocket Knife” project in which he wore “many hats at the same time” while playing and recording all of the instruments on the alt-country/folk-rock album.

“I think the biggest learning curve is being your own arranger for your tunes. It’s a lot easier when you have a roomful of other musicians that can add their input and their ideas,” he conceded.

The all-solo approach led him to give the songs “space and some breathing room. … You’ll find that some of the arrangements are a little more spacious than some of my previous material.”

For this week’s edition of Local Spins on WYCE, Haner debuted the tracks “Pocket Knife” and “Downpour.” Check out the video for “Downpour” here and scroll down to listen the full radio show podcast and interview.

Growing up, Haner was inspired to play in a rock ‘n’ roll band by Neil Young’s 1969 album, “Everybody Knows This is Nowhere,” with the legendary Bob Dylan eventually becoming his biggest inspiration.

He’s absorbed Dylan’s “entire catalog front to back” and seen him in concert more than a dozen times. Indeed, Daniel Lanois’ production on Dylan’s “Oh Mercy” was a “major influence” on “Pocket Knife.” 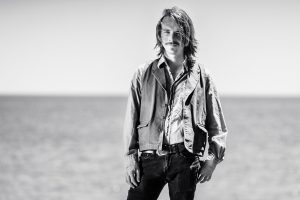 But Haner cites a “whole constellation” of other favorites including The Band, Townes Van Zandt, Gillian Welch, Jimmy Reed, The War on Drugs, Kurt Vile and others. “This list could go on forever,” he said.

As for promoting “Pocket Knife,” which officially was released today (June 11), Haner plans a July 15 appearance on WYCE’s “GR Live” and an Aug. 18 show at North Grove Brewers in Montague.

“I’m also hoping to put together some shows with a few of my other singer-songwriter friends in Grand Rapids,” said Haner, noting there are “more solo shows in the works.”

The June 11 episode of Local Spins on WYCE (which showcases Michigan music for an hour at 11 a.m. Friday on WYCE 88.1 FM and online at wyce.org) also featured the on-air debut of new tracks by Patty PerShayla & The Mayhaps, Jack Droppers & The Best Intentions, Steve Leaf (this week’s musician’s pick by Haner), Lauren Pearson, Annagail, The Lasso, Jordan Hamilton & The Saxsquatch, Pack Sounds and The Volcanic, as well as music from Bruce Madden and KJ & The Good Time Family Band. Listen to the podcast here.