The year-end holidays are upon us, so Local Spins helps you plan your New Year’s Eve celebrations with a Top 10 list of music-driven bashes to behold. 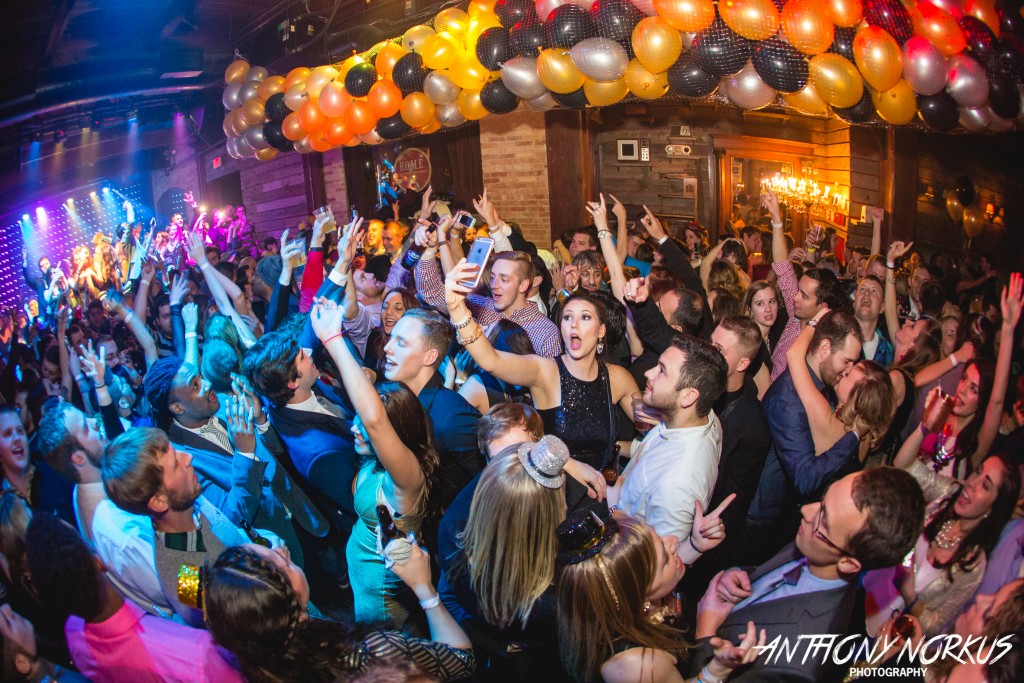 For many, New Year’s Eve is all about the party – celebrating the arrival of another year, and in this case, another decade.

For others, it’s definitely about the music.

And West Michigan has a ton of intriguing options to welcome 2020 with musical fireworks.

Here’s Local Spins’ Top 10 List of New Year’s Eve concerts, with a full roster of options in the calendar listing below.

1. Billy Strings at The Intersection – For those without tickets, this show unfortunately has been sold out for months. But it stars a Michigan-bred bluegrass hero whose latest album spent several weeks at the top of Billboard’s bluegrass chart (No. 4 for the year-end chart). He’s an Ionia-raised phenom playing a Michigan homecoming show after selling out venues across the country and his fans will be pumped. Read a Local Spins interview with Billy Strings here. (On the flip side, electronic music/DJ fans can hit up the “Beats & Bubbly 2020” party at Elevation downstairs at The Intersection the same night with Manic Focus, Daily Bread, Flats Stanlie and Fludder starting at 9 p.m., $20 advance, $25 day of show. Info/tickets here.) 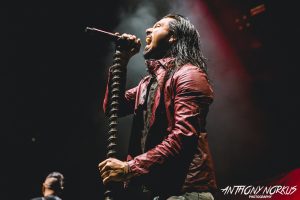 2. Pop Evil, Puddle of Mudd playing outdoors for the New Year’s Eve Ball Drop on Monroe Avenue between Michigan and Lyon streets in downtown Grand Rapids – After years without a ball drop, Townsquare Media Grand Rapids is bringing back the spectacle in a new downtown location with West Michigan hard rock faves Pop Evil headlining the show, and Kansas City alt-rock/alt-metal band Puddle of Mudd also on the bill. The family-friendly event starts at 4 p.m. with the musical stars taking the stage later in the evening. General admission to the party is free. VIP tickets are $65 and include food tickets, access to VIP tents and private, heated bathrooms. Get details and VIP tickets here. 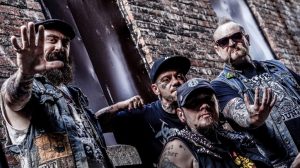 6. The Goddamn Gallows and Saint & The Mongrels at Tip Top Deluxe Bar & Grill in Grand Rapids – So, you’d rather get a little rowdier in a beloved and cozy West Side watering hole? Then, help pump up the Tip Top Deluxe, which will usher in the New Year with the Americana-punk, gypsy-punk and hobo-core of the West Coast’s mucho-tattooed, stage-crazy Goddamn Gallows, who are bringing along Saint & The Mongrels for this rafter-rattling ride into 2020. Tickets are $20 advance, $25 day of show, with details here.

7. Throwback New Year’s Eve 1992 at SpeakEZ Lounge – Every year, Grand Rapids’ SpeakEZ Lounge does a unique, two-seating set of shows to usher in the New Year. This time around, Scott Patrick Bell and his all-star band will be performing a diverse selection of 1992 top hits and deep cuts, while folks enjoy a special three-course dinner inspired by the early ’90s. It’s $45 for the first seating that starts at 5 p.m.; $65 for the second seating that’s 7:30-9:30 p.m. Get details and reservation information here.

8. The Insiders Tom Petty Tribute Band playing Bell’s Brewery Eccentric Café in Kalamazoo – For classic rock fans in Kalamazoo (who aren’t New Year’s Fest-ing) there’s The Insiders, led by Max Lockwood, which rolls out a long roster of favorites from Tom Petty & The Heartbreakers. They’ll be “Runnin’ Down a Dream” right into 2020. DJ DuhJuanYay is also on the bill. Tickets are $32 advance, $35 day of show for this 21-and-older party. Details here. 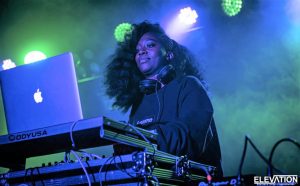 9. AB, SuperDre, DJ Snax, DJ Composition and Auto-Pilot playing “The Original Back to the ’90s Party” at The Pyramid Scheme in Grand Rapids – The popular “Back to the ’90s” show presents a special New Year’s Eve edition of the show for the 21-and-older set at The Pyramid Scheme with an impressive roster of DJs presented by The 5ive. Tickets are $20 in advance, $25 day of show. More information online here. Doors open at 9:30 p.m.

PLUS: Steve Everett & Friends, Bradley Rhodes playing Listening Room in downtown Grand Rapids – Just looking for a quiet night of singer-songwriter charm? North Carolina native and Nashville-based singer-songwriter Steve Everett has earned album of the year nominations from the Independent Music Awards, and he’ll be playing the new Listening Room as he tours behind his new album, “Honest Graft.” Bradley Rhodes joins him for this New Year’s Eve show that starts at 8 p.m. Tickets are $40 and available online here.

PLUS 2: New Year’s Eve at The B.O.B. and Resolution Ball 2020 at 20 Monroe Live in downtown Grand Rapids – These adjoining venues host giant parties, with The B.O.B. featuring entertainment by DJs Matt B, Greg Knott, Steve Swift, Peanut Butter Paul and Mark Witz on several floors and much more ($50, details here), and 20 Monroe Live unfurling its annual “Resolution Ball” with a champagne reception and all sorts of goodies ($50-$100, information here).

PLUS 3: Death of Disco New Year’s Eve Party at New Holland’s Knickerbocker in Grand Rapids — So DJ Todd Ernst says the idea behind this is to reflect the time period of 1979 to 1980 when “disco died.” DiscoBrunch will play a disco revival set from 9 p.m. to midnight, with DJ Rick “Rockin” Oxygenn taking over at midnight to play remixes and mash-ups of ’80s hair-band hits. Details here.