The Jericho Town event will pay homage to the late singer with performances by members of the Dacia Bridges Project, guitarist Kenny Olson, Mike Fuerst and many more. Get the details at Local Spins. 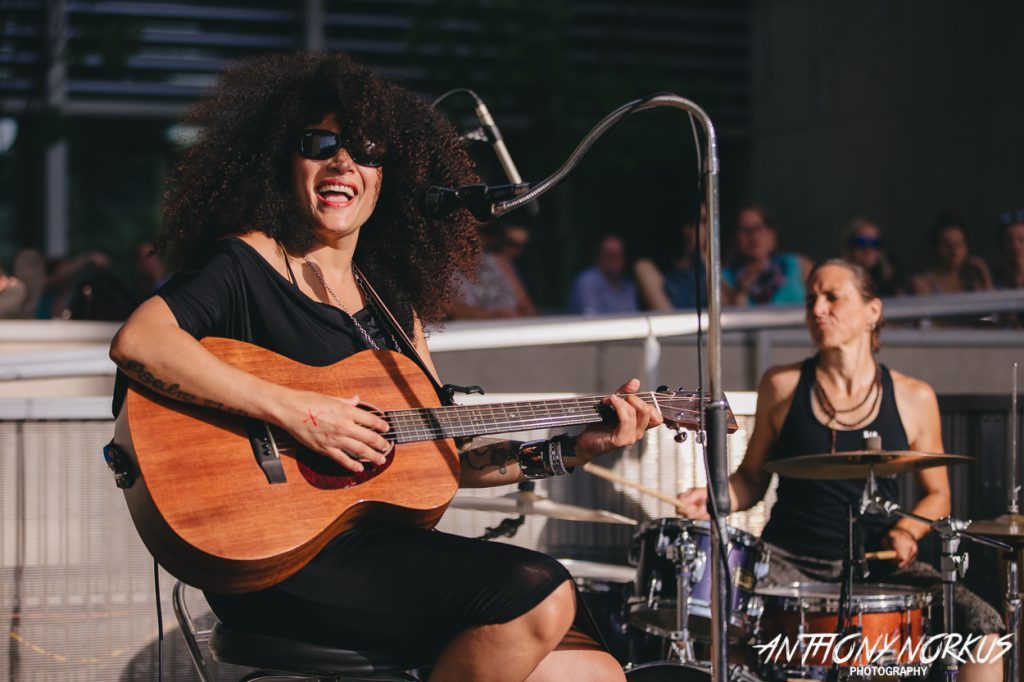 Celebrating a Life of Music and Love: Friends will pay tribute to Dacia Bridges on Sunday (Photo/Anthony Norkus)

Friends and fans will come together in Kalamazoo Sunday to celebrate the life and achievements of late singer and musician Dacia Bridges, who passed away unexpectedly on Aug. 1.

Guests will hear musical tributes by friends and colleagues of the late performer, with notable contributions by well-known artists such as Grammy-nominated guitarist Kenny Olson (of Kid Rock) and Detroiters Skip Franklin and Tosha Owens. 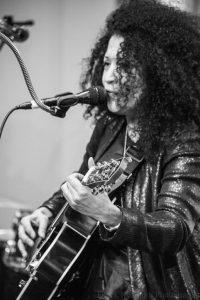 Attendees are encouraged to share personal stories during the open-mic time, dance to the larger-than-life performers’ high-energy house tracks, and otherwise connect with each other in honor of Dacia’s inimitable legacy, which included many years in Germany as a pop star and lead singer for a nu-metal act before moving back to the United States several years ago.

Guests also are encouraged to take part in the community potluck, non-perishable food item drive, and to bring cash for purchasing items from the dynamic performer’s extensive musical catalog.

All proceeds from the event and sales will go directly to a trust for Dacia‘s young daughter Billie Sky. (Online contributions can be made by following this link: https://www.gofundme.com/f/memorial-tribute-to-dacia-bridges-for-billie-sky)

There are also plans this week to release a Bridges-penned single, “Unpredictable Child,” from the Dacia Bridges Project’s forthcoming new EP.

“We are all really proud of it,” said Somers, who described it as “a pretty orchestrated track with lots of background vocals and probably at least 20 tracks of strings.” (Tune in to Local Spins on WYCE 88.1 FM at 11 a.m. Friday for the on-air premiere of the track.)

Bridges, 45, was found unresponsive Aug. 1 at an Acme Township residence where she was staying while volunteering and performing for the Traverse City Film Festival. Her friends have reported that she died of a brain aneurysm.

For more information about Sunday’s tribute, along with a detailed schedule, visit the Facebook event page here.

Read more about Bridges, along with memorials to her life, online here.