The first memorial service for the beloved performer will be held in the Battle Creek area Friday, with another celebration planned for Sept. 1 in Kalamazoo. See how you can help. 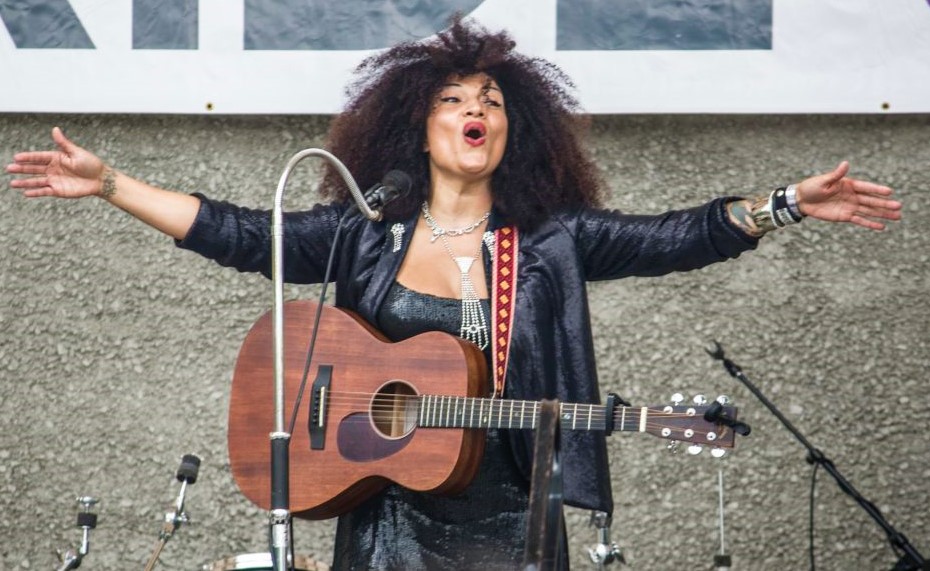 ‘Bigger Than Life’: Dacia Bridges’ legacy touched many in West Michigan as well as in Germany. (Photo/Derek Ketchum)

Friends and musicians are honoring the legacy of late Southwest Michigan singer and musician Dacia Bridges by starting a GoFundMe campaign and making plans for a special memorial event.

A “celebration of life service” will be held at noon Friday for the singer at the Springfield Assembly of God Church in Springfield, an enclave of Battle Creek. According to the Bachman Hebble Funeral Service Inc., cremation already has taken place and “there will not be a public viewing” or visitation. 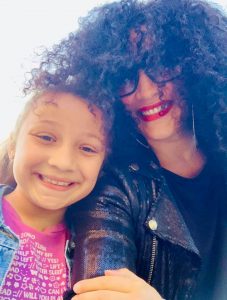 ‘Love of Her Life’: This is one of the last photos taken of Dacia Bridges with her daughter, Billie Sky. It was posted on her Facebook page when Bridges was in Traverse City last week.

Another memorial celebration for Bridges will take place Sept. 1 at Jericho Town in Kalamazoo, with details still being finalized and expected to be announced later this week.

Bridges was a much-beloved performer and frontwoman for the Dacia Bridges Project, a band she formed after moving to Michigan from Germany a few years ago.

In addition to Friday’s memorial service and the upcoming memorial celebration, bandmate Cori Somers has started a GoFundMe campaign online to help cover her cremation costs, the memorial tribute and to set up a trust for her daughter, Billie Sky, described as “the most important love of her life.” For details and to donate, visit the gofundme.com page here.

Bridges, who had performed and was volunteering at the Traverse City Film Festival last week, was found unresponsive at 2 p.m. Thursday (Aug. 1) at a residence in Acme Township where she was staying, according to Grand Traverse County Sheriff’s Capt. Chris Clark. She was declared dead at the scene.

An autopsy was conducted, but results won’t be released until a toxicology report is completed, Clark said.

In the meantime, fans, friends and fellow musicians from the United States and Germany – where she had a successful music career for three decades – have flooded Facebook and other online outlets with tributes. 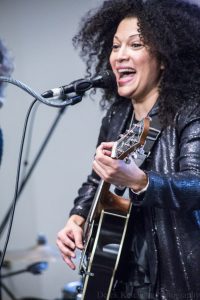 • Aile Sheva: “Your laugh was so huge. You brought sunshine, happiness and laughter everywhere you went.”

• Katherine Heins: “Dacia was a friend and an inspiration. She will be missed terribly.”

• Katie Ford: “Dacia had an infectious light about her. Once you met her, you couldn’t help but bask in her positivity and high-energy spirit. She touched so many people’s lives in a way she’ll never know. She was also a queen and a warrior and fought hard for what she believed in and for the very best life possible for her amazing baby girl.”

• Michelle Brett: “She was a beautiful soul with a powerful voice and spirit. My heart goes out to her little one.”

• Susan Dilworth: “You were beautiful as an angel whenever our paths crossed. … Keep singing in heaven.”

• Alison Myers: “So young and full of life … She surely left a legacy and a lot of light in her wake.”

• Vika Votshek: “You were bigger than life.”