For this edition of the RSVP Music Chat, we sat down with the respected Grand Rapids record producer and Troll for Trout frontman to reminisce about his career and elicit sage advice for aspiring stars. 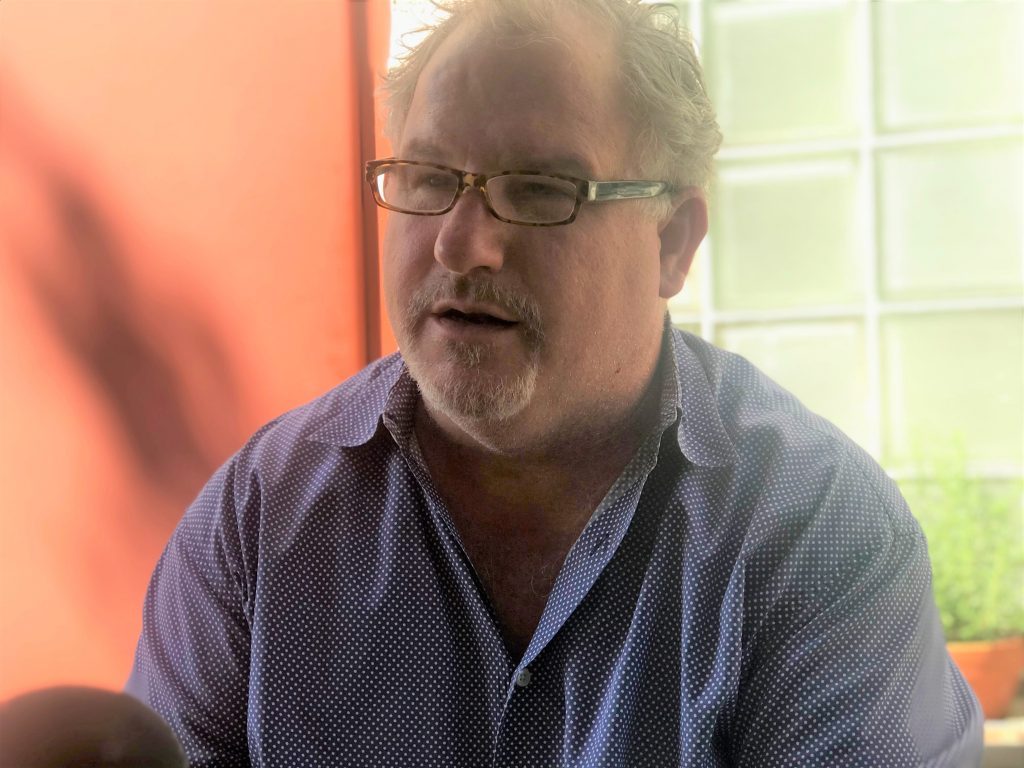 Michael “Colonel” Crittenden has enjoyed separate careers as a successful musician and as a studio owner/engineer. 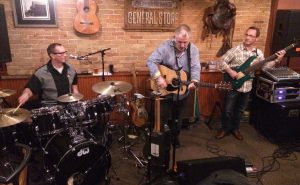 And if you break it down further, he’s even had two separate careers as a touring artist, first as a young player with the Boston rock band The Westmorelands and later as frontman for the popular Grand Rapids-based folk-rock band Troll for Trout, which perfected its distinctive brand of Michigan’s-great-up-north music.

As owner of Mackinaw Harvest Studios in Grand Rapids, he’s overseen projects by some of the region’s most notable names – from Drew Nelson to Pop Evil to The Accidentals to Mid-Life Crisis to Josh Rose and many more – and developed young recording talent via the Youth Recording Arts Academy.

Now, the multi-instrumentalist with a degree from the prestigious Berklee College of Music is splitting his time between Grand Rapids and Traverse City, with plans to eventually open a recording studio in northern Michigan. 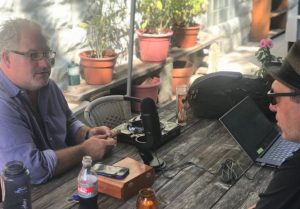 But until then, he continues to oversee projects at his West Side studio and recently took time out of a recording session to sit down with Ralston Bowles and John Sinkevics of RSVP Music Chat to reminisce about his career, his nickname, touring the country and starting a business in the tumultuous music industry, as well as offering sage words of advice for emerging musicians from a guy who’s seen it all – especially when it comes to preparing for a recording project.

“Once you have mastered your craft of writing and arranging, force yourself to write a business plan that actually states your goals and what you really want to accomplish, not just ‘I want to be a rock star,’” he said. “By doing that, it makes you have a road map. … You gotta have a plan.”

And even more basic? Crittenden urges bands to get off the stage and relate to their fans right after shows.

“You’ve got a window of maybe five minutes from the last notes of your last song to go engage with people,” he said. “And do that at your merchandise table and watch what happens to your merch sales when you’re selling them a T-shirt instead of your merch guy.”

Get more insights and listen to the entire RSVP podcast here. Contact Mackinaw Harvest and learn more about the studios online at mackinawharvest.com.