The Petoskey-bred alt-country act is still basking in the Seger glow as it prepares for a half-dozen home state appearances with plans to unveil new music on the road. 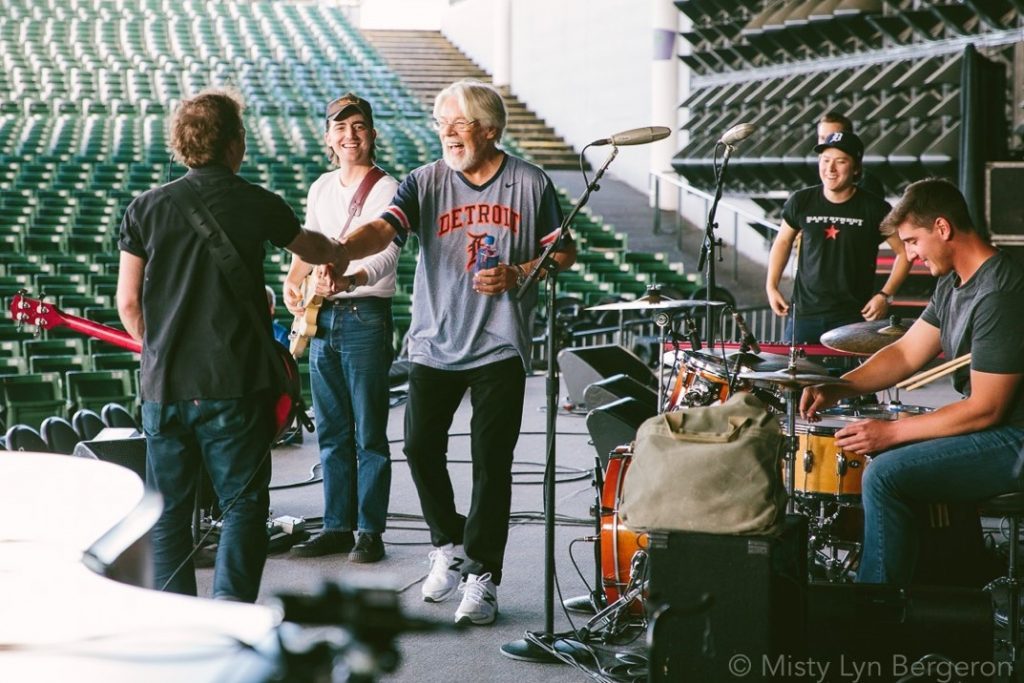 THE BAND: The Michigan Rattlers
THE MUSIC: Americana, Alt-country
WHERE YOU CAN SEE THE BAND: July 18 at Bell’s Brewery in Kalamazoo; July 19 at Mac’s Bar in Lansing; July 20 at Pig & Whiskey Festival in Ferndale; July 23 at Fulton Street Farmers Market in Grand Rapids; July 30 at Blind Pig in Ann Arbor; July 31 at The Great Lakes Center for the Arts in Petoskey

A Grand Rapids farmers’ market, the sprawling Peach Music Festival in Pennsylvania, Bell’s Brewery Eccentric Cafe in Kalamazoo, Electric Forest. There doesn’t seem to be any venue too big or too small for the Petoskey-bred Michigan Rattlers these days.

But for bassist Adam Reed and the rest of the Rattlers, opening for homegrown hero Bob Seger at his final two concerts at DTE Energy Music Theatre in mid-June was more than just a dream come true.

Well, “about as close to a dream come true as it gets,” Reed said. 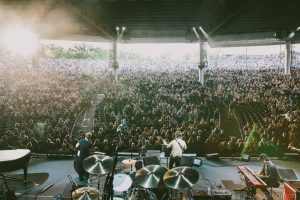 Like an onion, there were a lot of layers to this one.

And like an onion, it might even get you a little misty-eyed if you’ve been rooting for these guys or getting down to their music since day one – or if you just like watching things come together for good people that make good music.

“I think, personally, it was the biggest focused audience I had ever seen,” said Reed, who recently moved back to Michigan from Los Angeles, and now, along with two of his three bandmates, calls Royal Oak home.

“I had never been to Pine Knob (the former name for DTE Energy Music Theatre). I had been hearing about it since I was little. My dad saw his first concert there, Bob Seger, around ’78 or ’79.”

FULL CIRCLE … AND A BIT SURREAL

The icing on the cake? Seger himself handpicked Reed, guitarist Graham Young and company to open his final two shows for him and then watched them perform while he hung out backstage.

That was “just surreal,” said the founding bassist, adding that “Seger (who also had Michigan’s The War and Treaty open for him in Grand Rapids last fall) knows how important it is to get people started and give them that stage.” 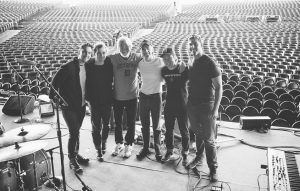 “It was one of the most important days of our life so far, but it was sort of strange that it was also one of his,” Reed added. “So, we tried to be respectful of that. It was his day, anyway you slice that.”

So while Seger was busy getting his own address, 33 Bob Seger Dr., outside the venue, and saying goodbye to legions of longtime, loyal fans, he still took time – as did longtime Silver Bullet Band sax player Alto Reed (no relation) – to spend a few moments with Reed, Young, keyboardist Christian Wilder and drummer Tony Audia.

“We only got to hang out with him for a few minutes together on stage after soundcheck, but he was very encouraging, as was Alto. And when you have people of that caliber telling you to keep going and that you’ve got something, don’t quit, that meant a lot,” Reed said. 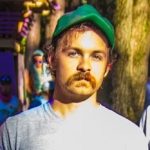 It may mean even more for the Rattlers’ Reed than he let on: When a former coworker at a Los Angeles coffee shop asked him a year ago what his dream gig might be, he responded, “To play in the Silver Bullet Band.”

“I came about I think as close to it as I could get,” Reed said, adding that his friend flew in for the shows, which also boasted a strong Michigan contingent of Rattlers’ fans.

“We all had so much family at the Bob Seger shows, and I’m being totally honest, I was thinking about them way more than the 16,000 other people there,” he said. “We don’t get to play to our family most of the time. It was really special.”

MORE MICHIGAN DATES AND NEW MUSIC ON THE HORIZON

The band will have more opportunities to play in front of family later this month as they hit local interstates for a half-dozen shows across the state, kicking off with a gig at Bell’s Brewery in Kalamazoo July 18 and concluding with a hometown show July 31 in Petoskey. The foursome plays Grand Rapids on July 23 at the Fulton Street Farmers Market.

“Especially after those Bob Seger shows, it’s going to be really, really fun,” Reed said of the Michigan tour. “There were people from all over the state there that came up and talked to us there that had never heard us before, but were really excited to go see us around the state and they can now.” 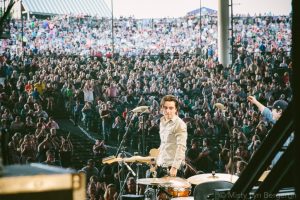 Fans that do make it out can also expect to hear some new music. Although still touring behind its 2018 full-length debut, “Evergreen,” Reed said the band has “a lot of stuff (they) are going to try out on the road this summer.” They’re also ready to get into the studio at some point and “hit it hard.”

But for now, the band — with the exception of Young who’s “just a quick, cheap flight away” in Los Angeles — is just happy to be back in Michigan again when they aren’t touring the country.

“It’s just so much more homey,” Reed said. “I’ve got a house and a yard. I get out there and cut the grass. I’m going up north on the weekends. It just feels good.”

Tickets for the July 18 show at Bell’s Brewery are $14 in advance at bellsbeer.com. Tickets are $17 day of show. The Grand Rapids farmers’ market show is free of charge. Grand Rapids’ Brother Elsey will open both shows.