Tuesday’s Michigan House lineup at Austin boasts loads of potential. And Traverse City’s The Accidentals continue to live up to the hype at SXSW. Plus, check out the premiere of a new Rick Chyme & Nixon video featuring The Accidentals. 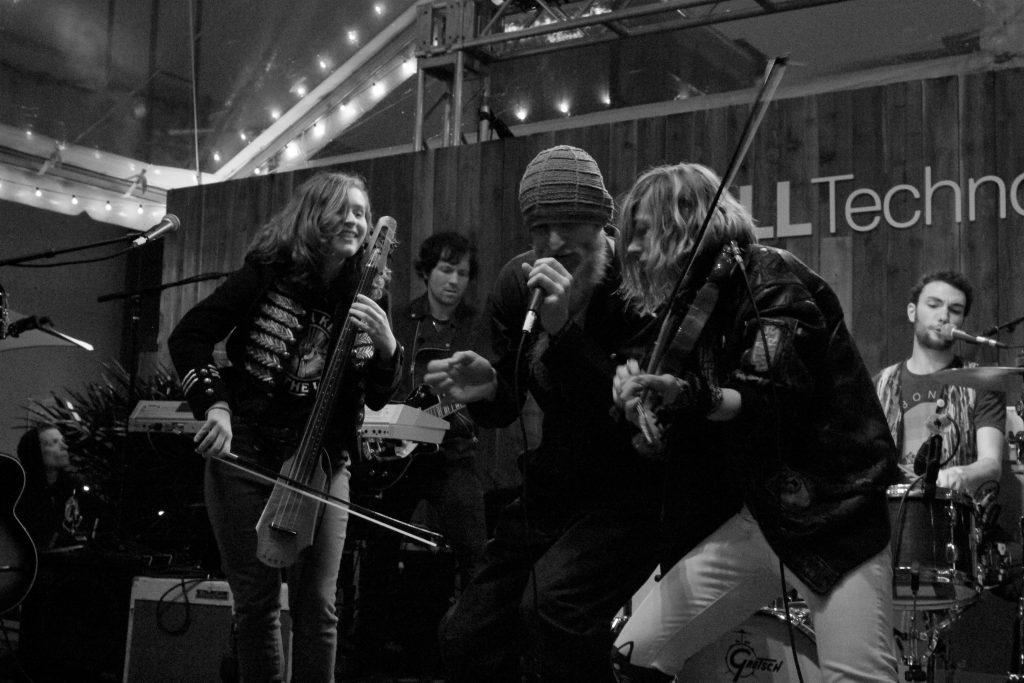 Removed from the cacophony and the media blitz of Austin’s South by Southwest, Michigan House’s final salvo at the 2017 conference and music festival shapes up as a charming, celebratory exclamation point for Michigan musicians.

Starting in mid-afternoon Tuesday with a casual “Lessons Learned from Austin” roundtable discussion with Michigan and Texas musicians hosted by Local Spins (streamed live at 4:15 p.m. ET on the Local Spins Facebook page) at Austin’s Stay Gold nightclub, the ‘pop-up venue’ closes the evening with an eclectic showcase featuring a half-dozen Michigan artists. 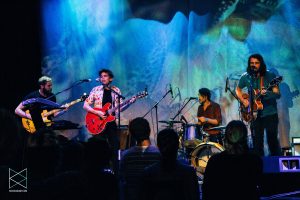 Flint Eastwood, The Go Rounds, Stef Chura, ONEFREQ, Michigander and Nique Love Rhodes will strut their stuff in a show of prodigious Great Lakes State talent, capping four days of the Creative Many organization’s efforts to focus attention on the state’s creative community through directed discussions, promotions and performances.

Joe Voss, director of strategic partnerships for Creative Many, said Tuesday’s event “really feels like a straight-ahead celebration of Michigan music. Enabling that is one of the highlights of the whole project. It’s worth the effort. When these bands get on stage, they make an impression. … They bring the party.”

Situated a few miles from the downtown SXSW hubbub of Sixth Street and Austin’s convention center, Stay Gold serves as a comfy alternative offering these Michigan ambassadors a chance to settle in and take over a Texas watering hole for a day to display their musical wares — something Michigan House also wrangled last year.

Local Spins is there again, too, documenting the action, so come back Wednesday for photos, videos and more.

It’s one thing to impress your friends and those who’ve long admired and championed your music.

It’s quite another thing to impress a throng of strangers – folks who may have heard the buzz about your band but have never heard your music.

Traverse City’s The Accidentals wasted no time making lots of new friends at their first of several performances this week at the gargantuan South by Southwest conference and music festival in Austin, Texas, creating an almost instant sensation among those gathered for a Dell Technologies-sponsored showcase on a cool March evening. 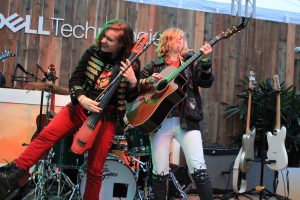 “I love them. They’re talented, they’re awesome,” gushed JJ Davis, of Austin, who was experiencing The Accidentals for the first time on Sunday night, marveling at the musical friendship between band members Sav Buist and Katie Larson that spawned formation of the group.

Davis said she immediately messaged her 13-year-old to check out the band on Spotify “and listen to their music. You’ll love ’em.”

Timing release of the first single, “KW,” from their forthcoming Sony Masterworks album to take place during SXSW, The Accidentals quickly drew an uber-enthusiastic crowd from the opening notes of the song during their showcase, the first of more than a half-dozen performances scheduled for the band during SXSW.

And they further electrified the crowd when frequent collaborator, Grand Rapids hip hop artist Rick Chyme, joined them on stage for a robust rendition of “Parking Lot,” the title track from an EP the band released independently last year.

(Check out a video of that performance below, along with a Local Spins exclusive: a new Rick Chyme & Nixon video for “Steal It,” featuring The Accidentals.) 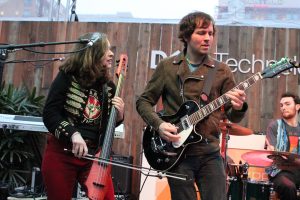 Special Guest: Jake Allen has been touring with The Accidentals. (Photo/Anna Sink)

Dozens of new fans lined up to greet band members — Buist, Larson, drummer Michael Dause and guest multi-instrumentalist Jake Allen — and take pictures with them after the show.

Buist called the crowd at the Dell event “super responsive and engaged. It was cool for us to get to demo some Dell products specifically created by producers for musicians. We got to hang out with (engineer and producer) Jack Joseph Puig and geek out over the HTC Vive Virtual Reality Game that was scarily immersive,” she told Local Spins.

“We know several of the people that came to that show have emailed saying they’ll be at future shows this week, so we’re excited about having created an early following.” 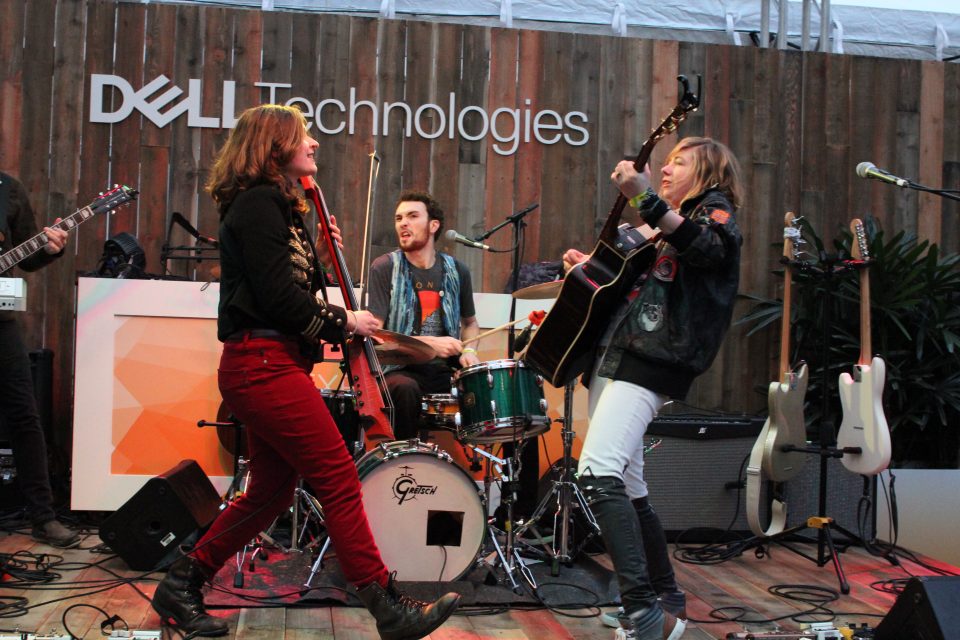 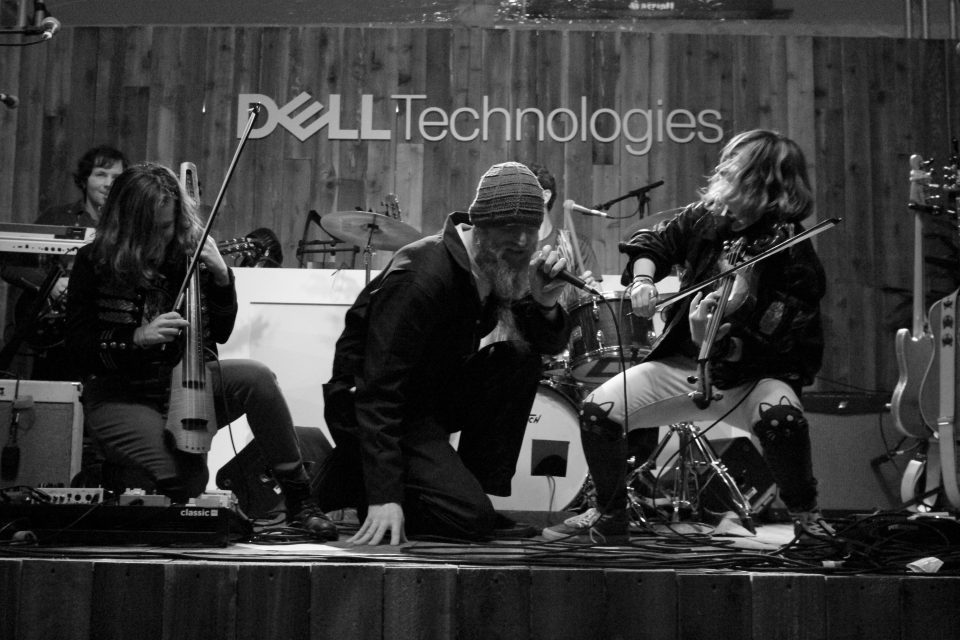 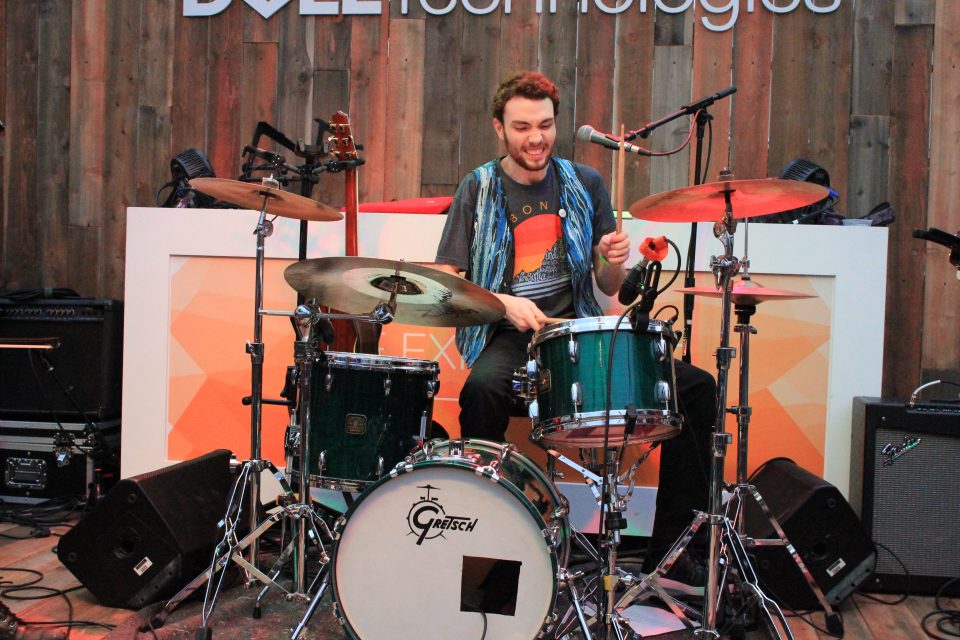 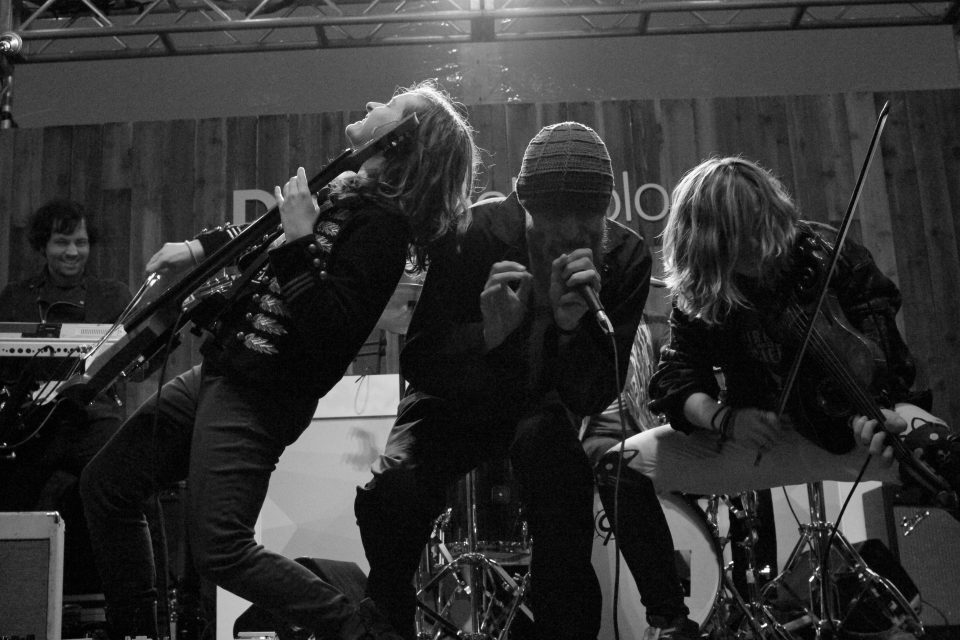 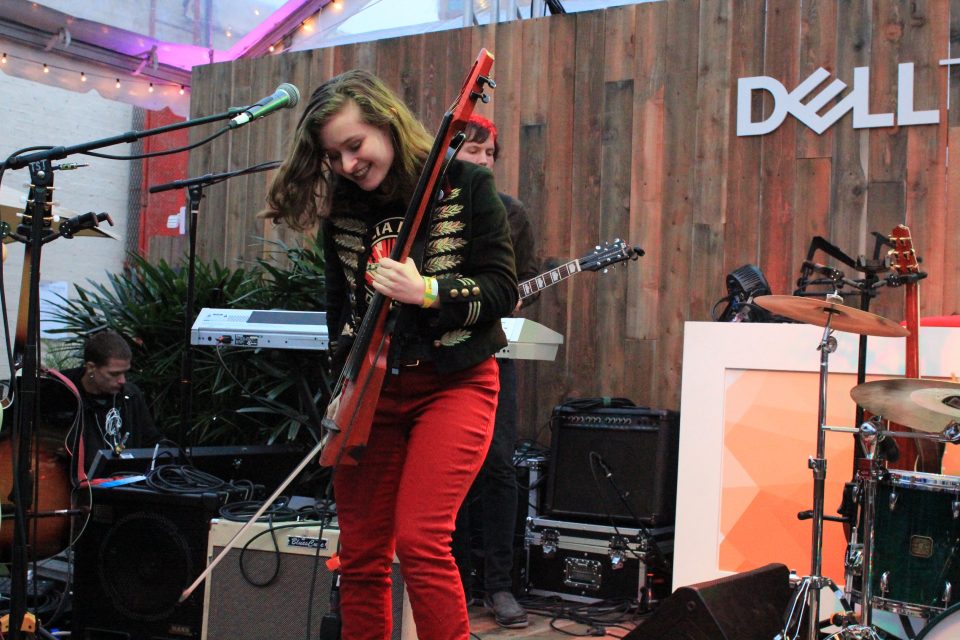 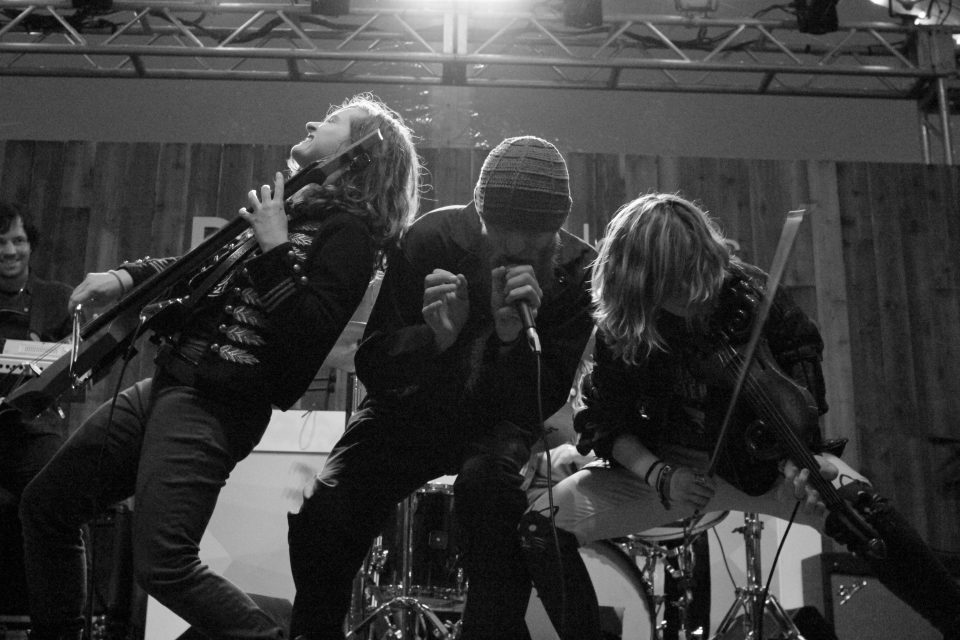 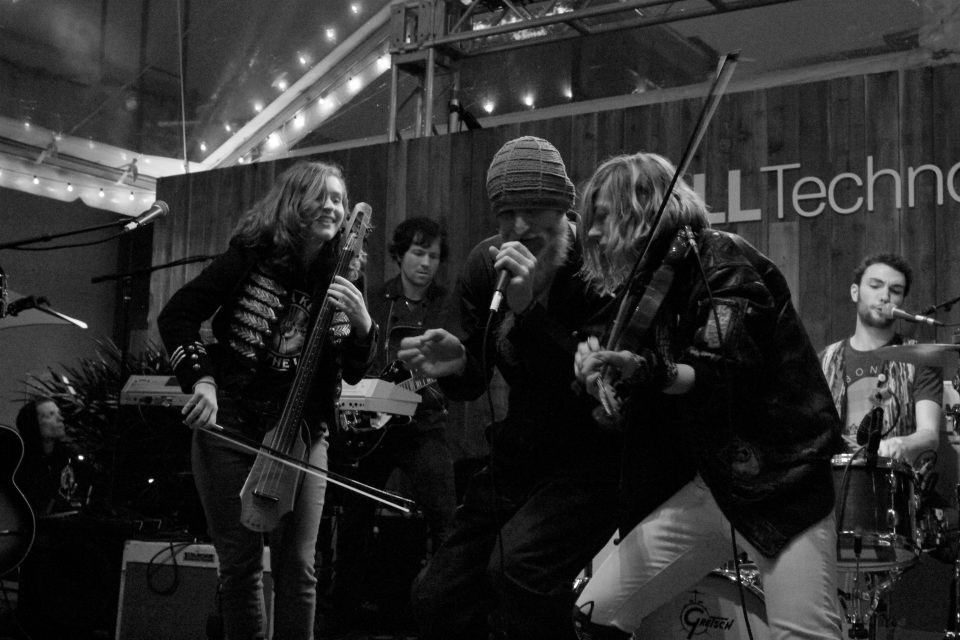 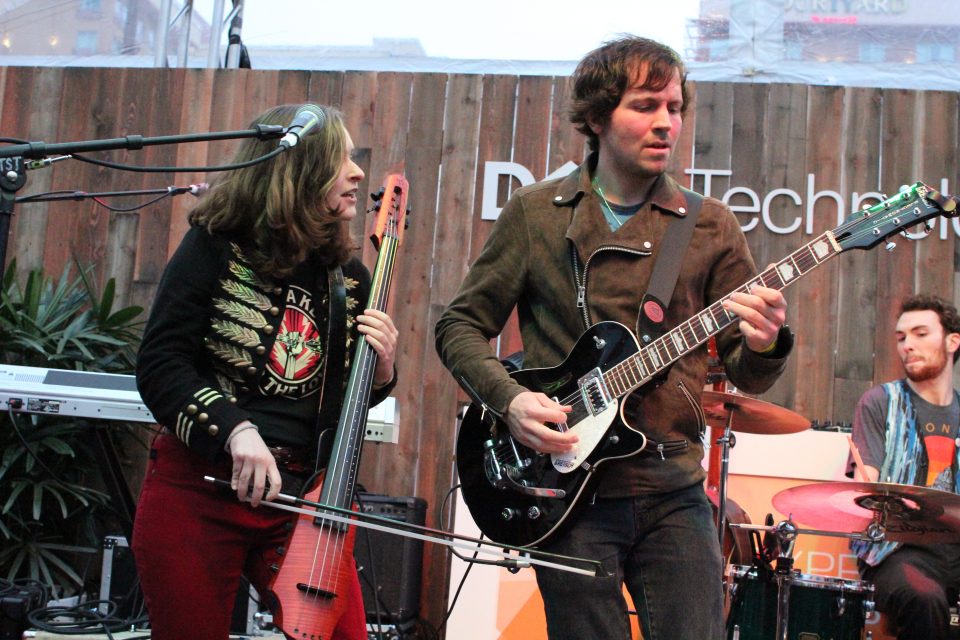 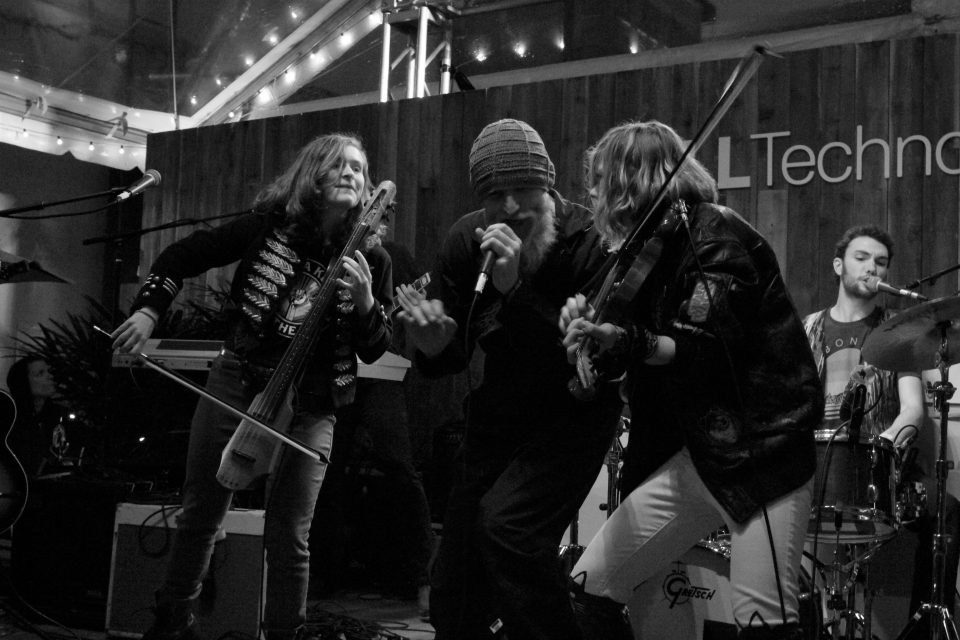 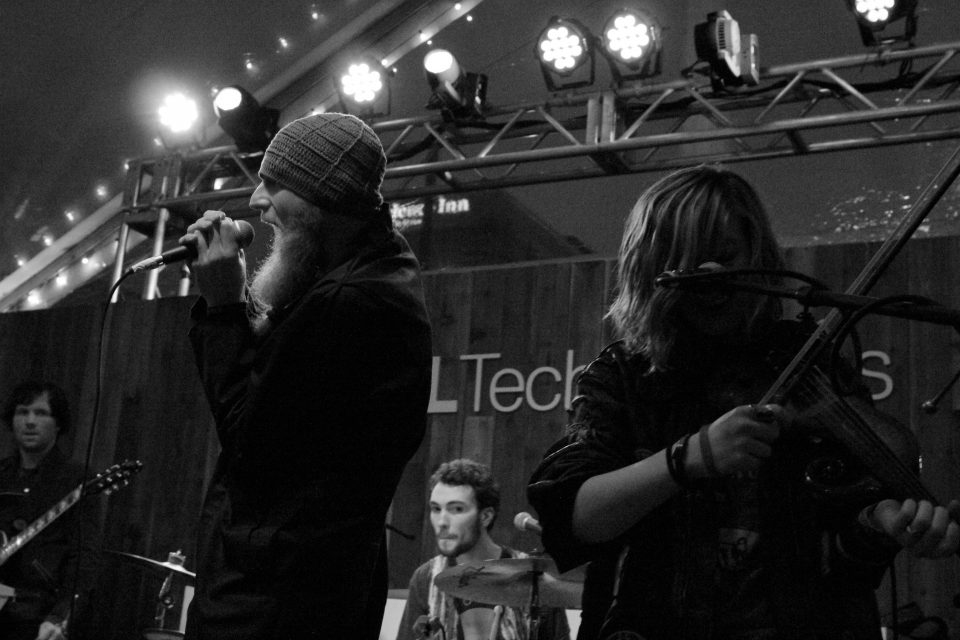 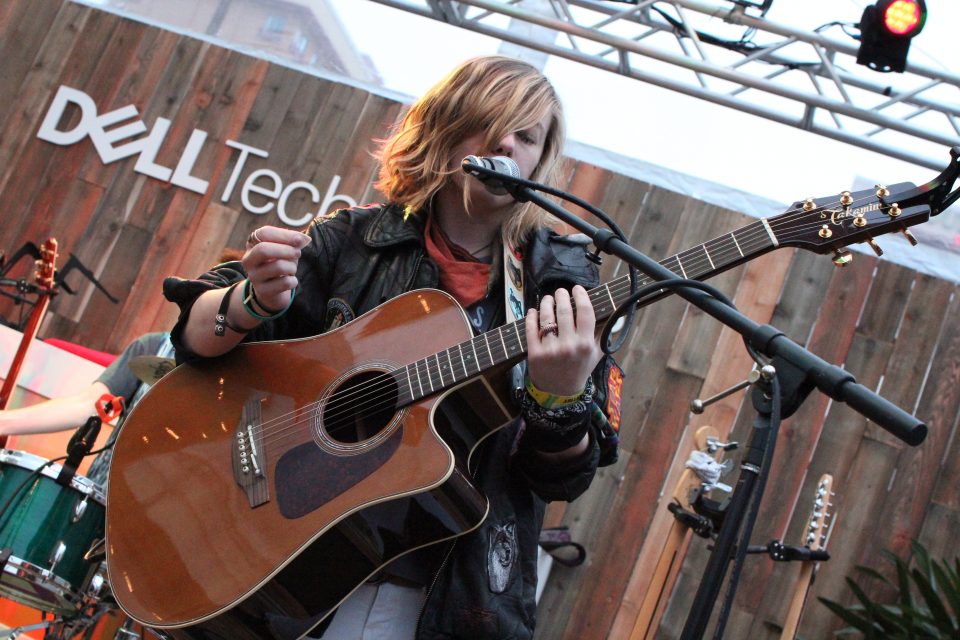 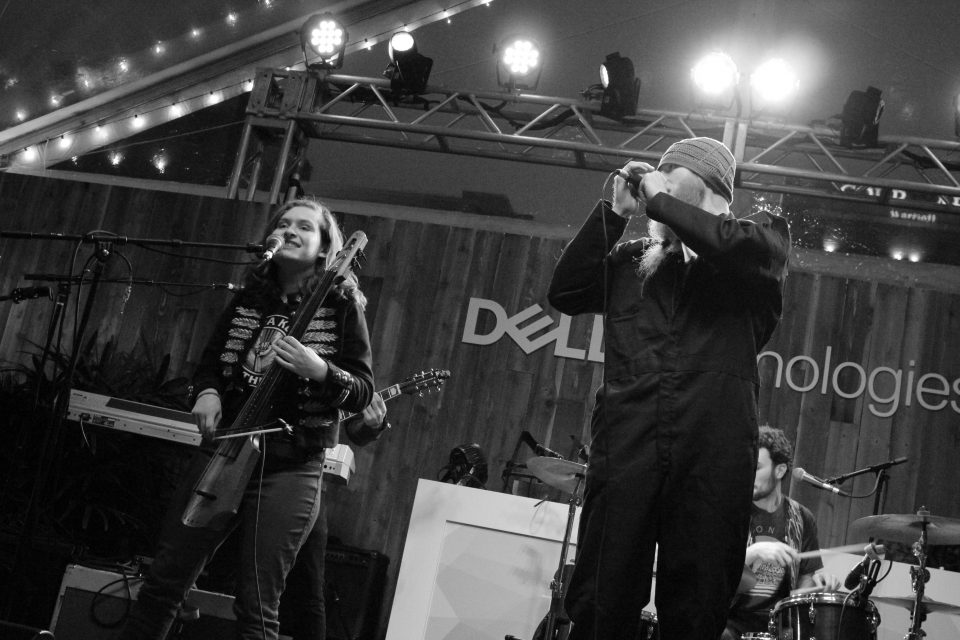 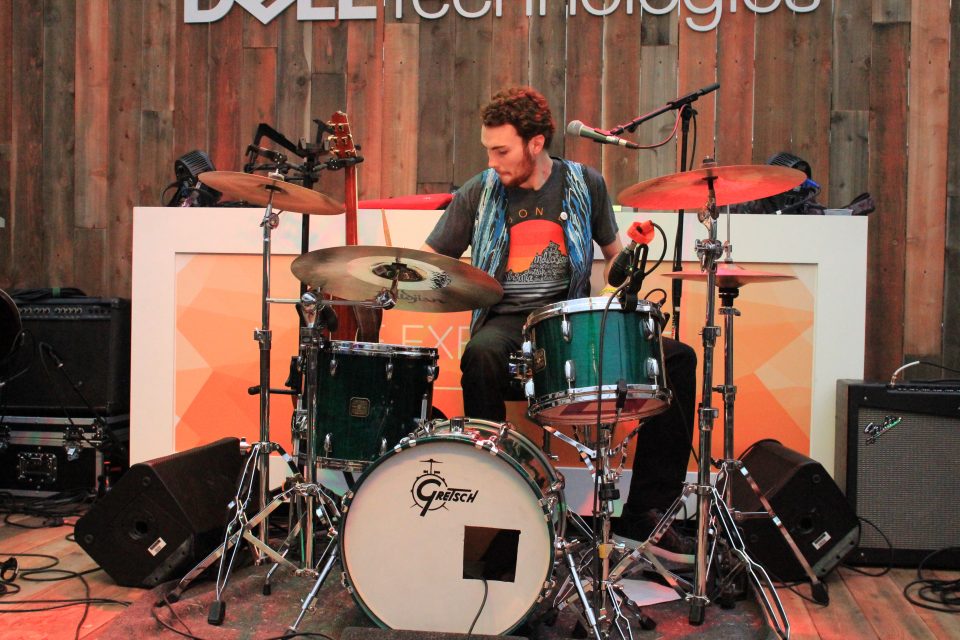 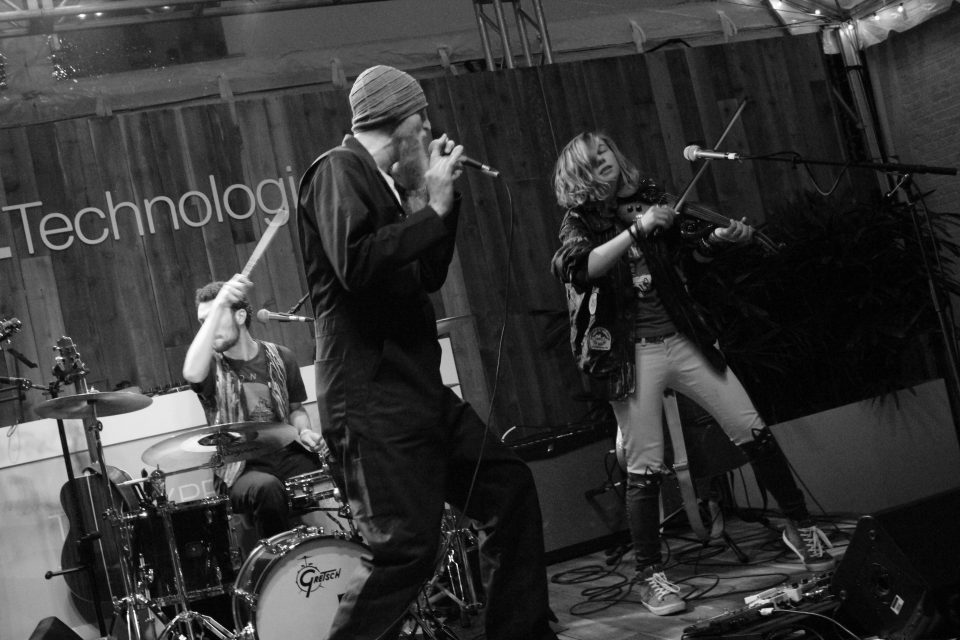 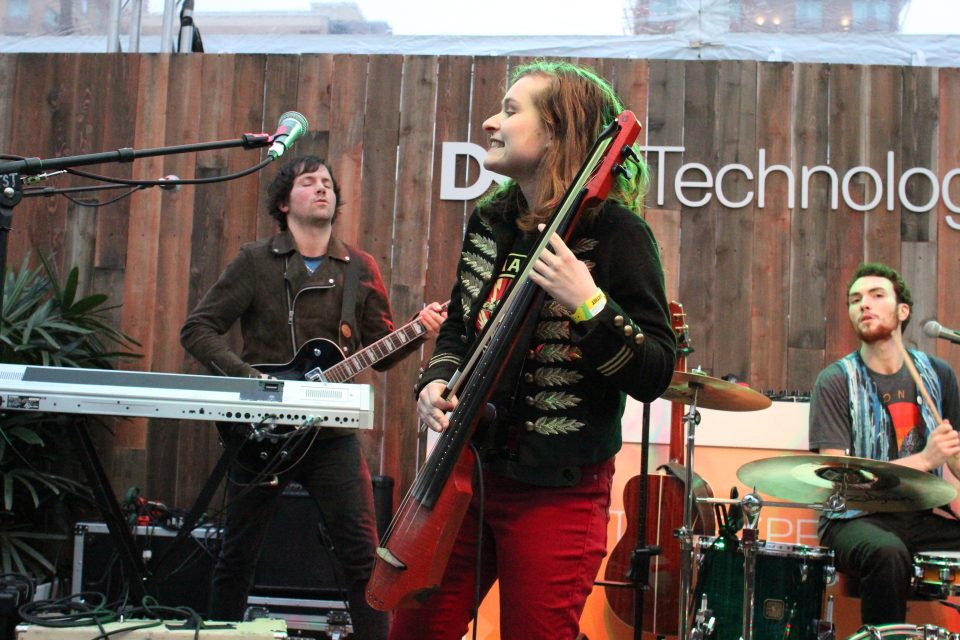 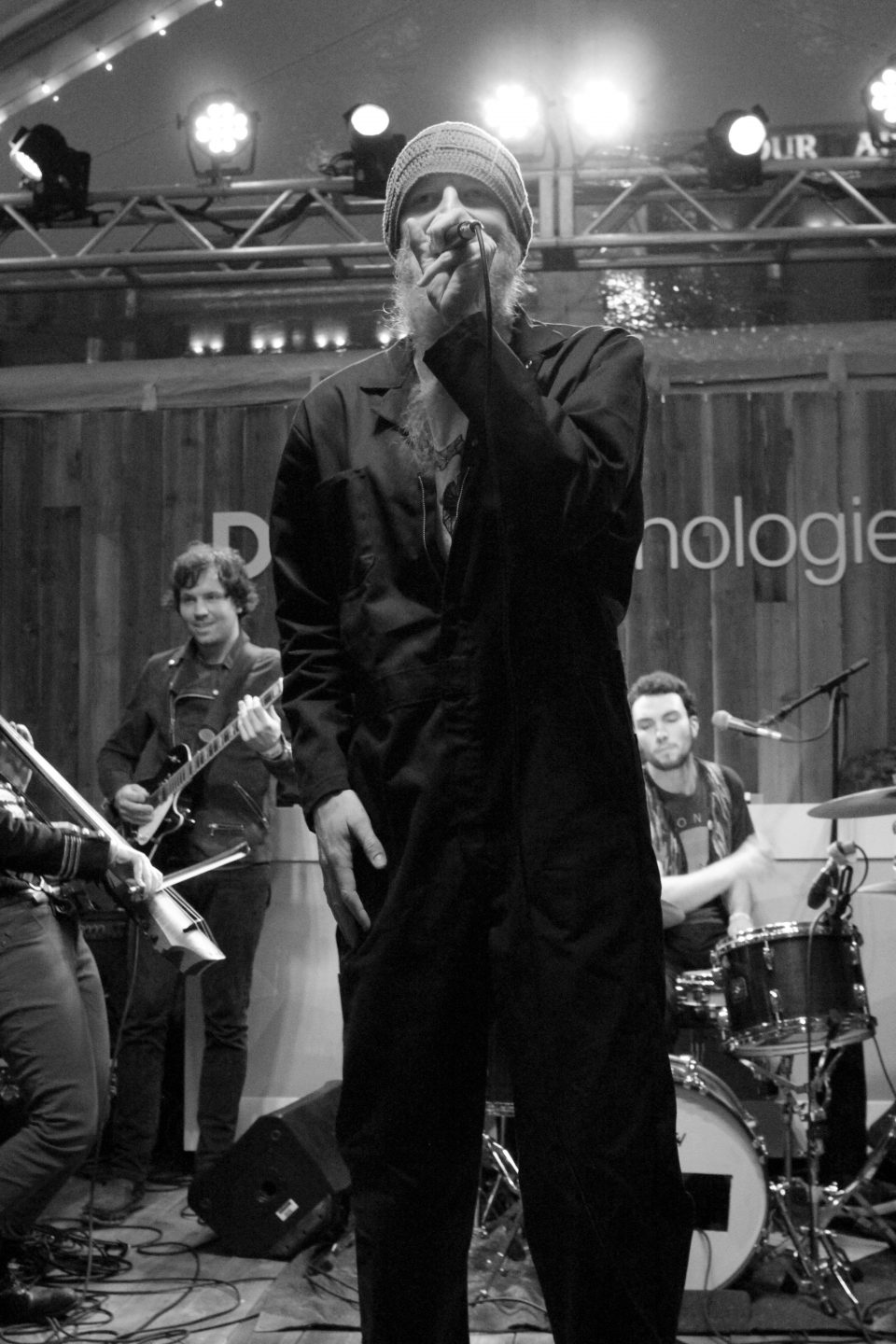 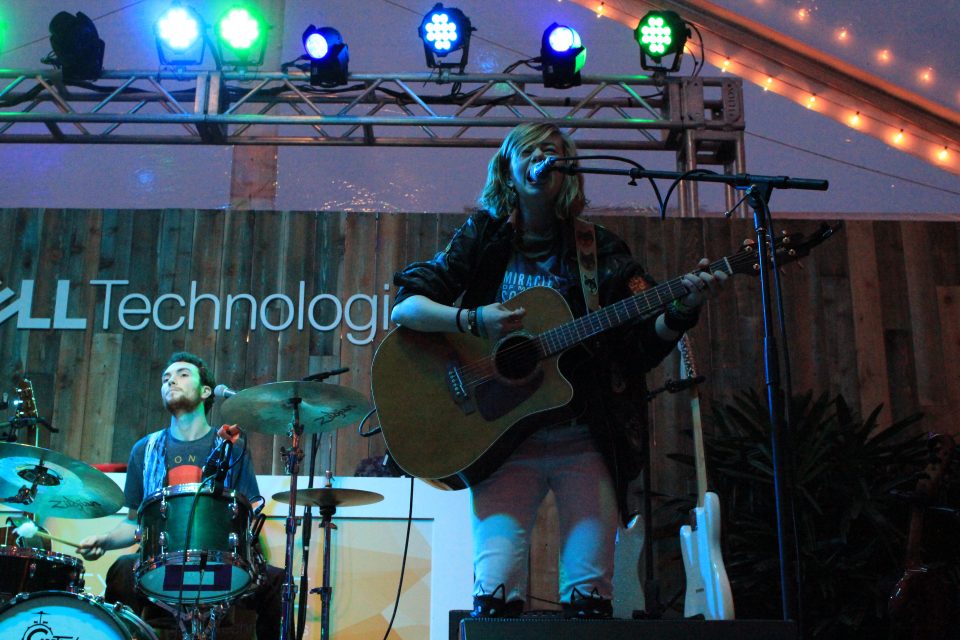 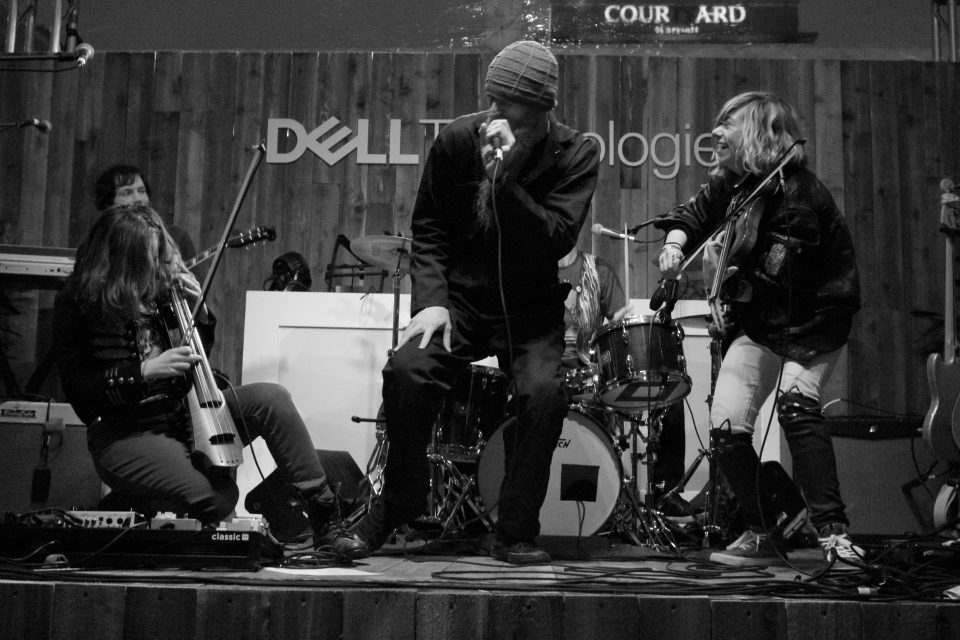 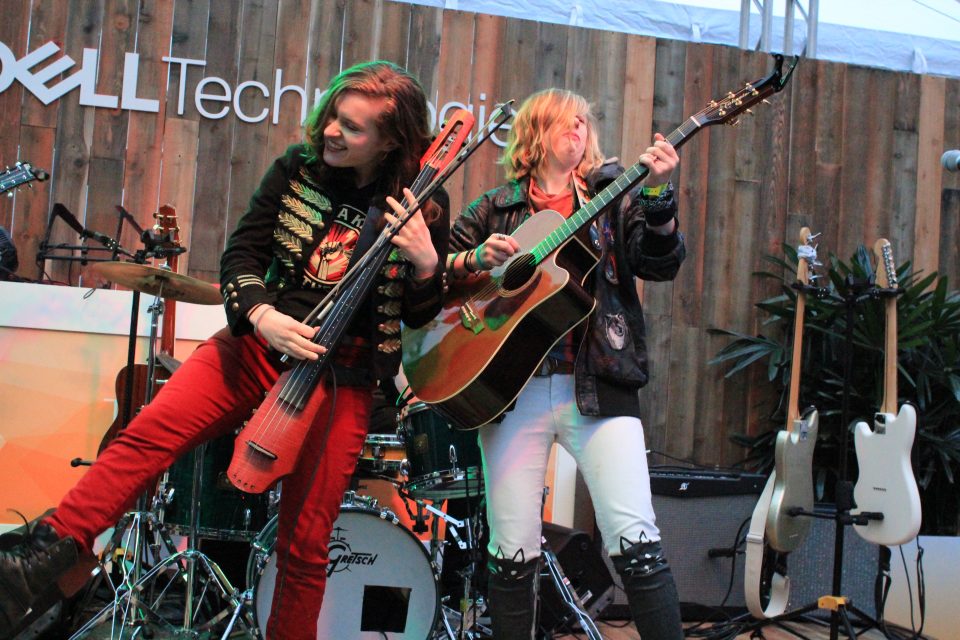 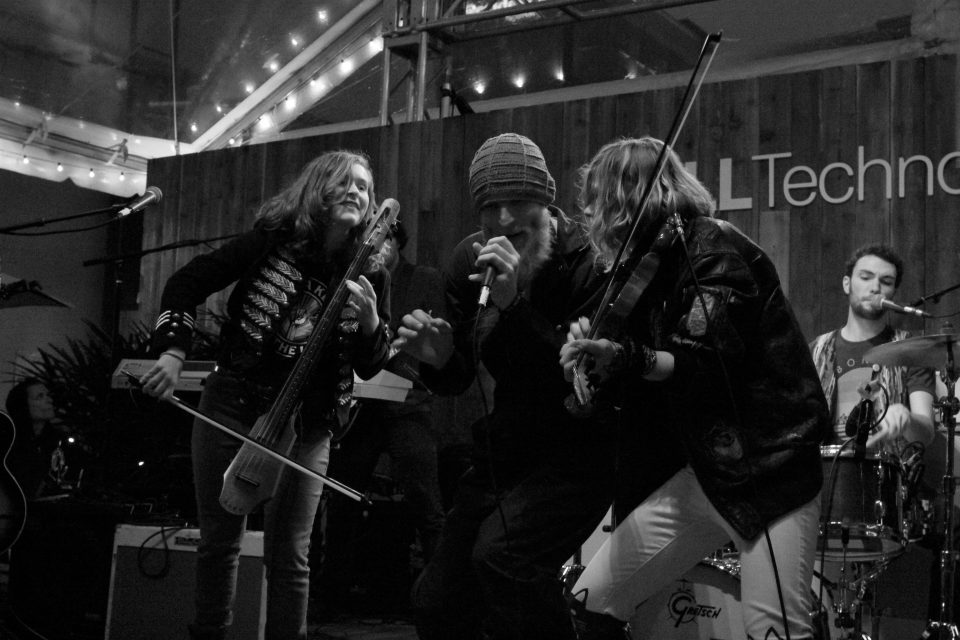 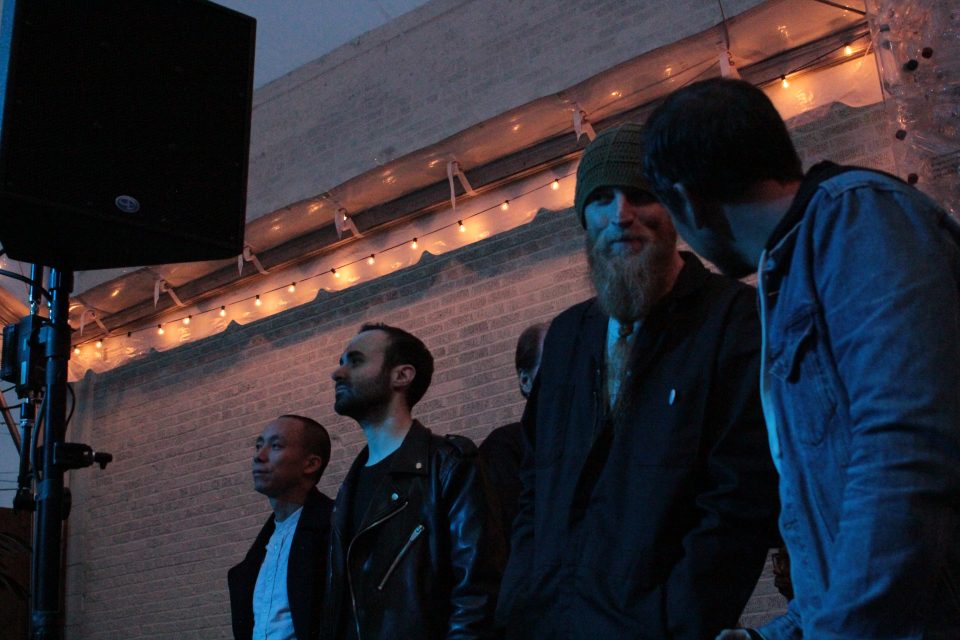 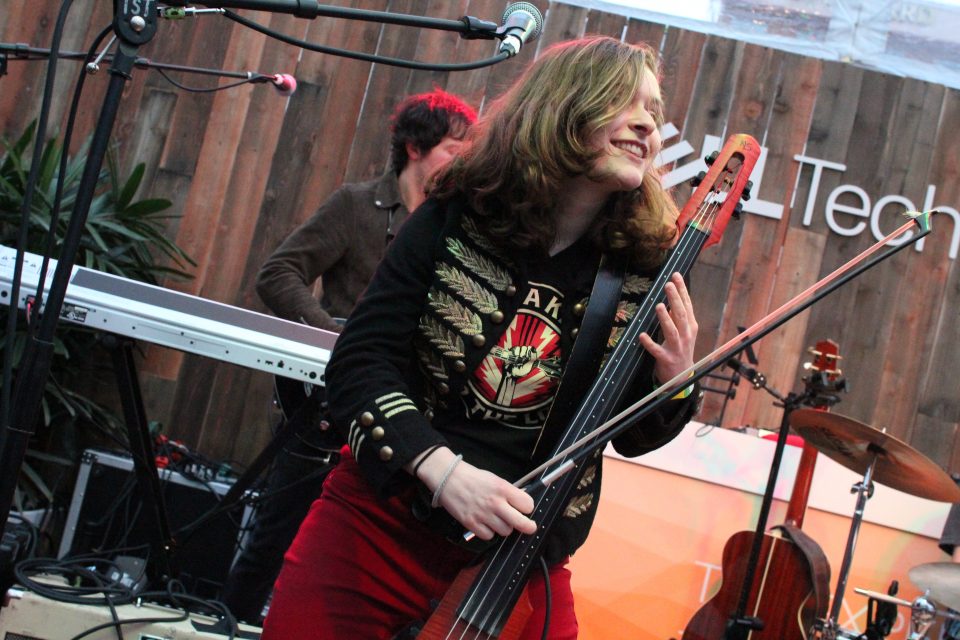 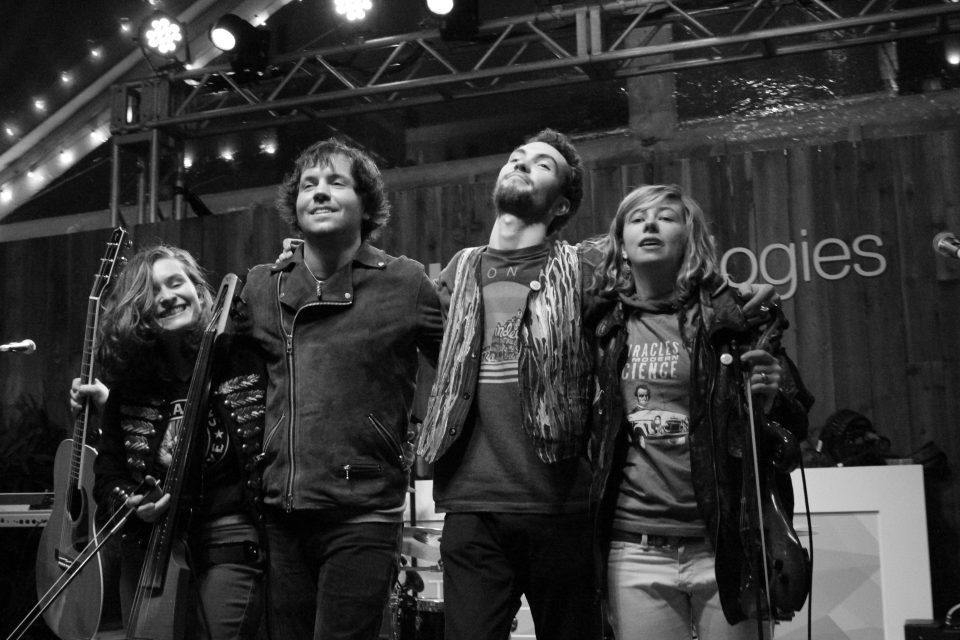