To mark their return to South by Southwest, Traverse City’s The Accidentals release a new single today. And five other Michigan acts headed for a Michigan House-Austin showcase have recorded fresh songs for SXSW and ArtPrize. All six premiere here at Local Spins. 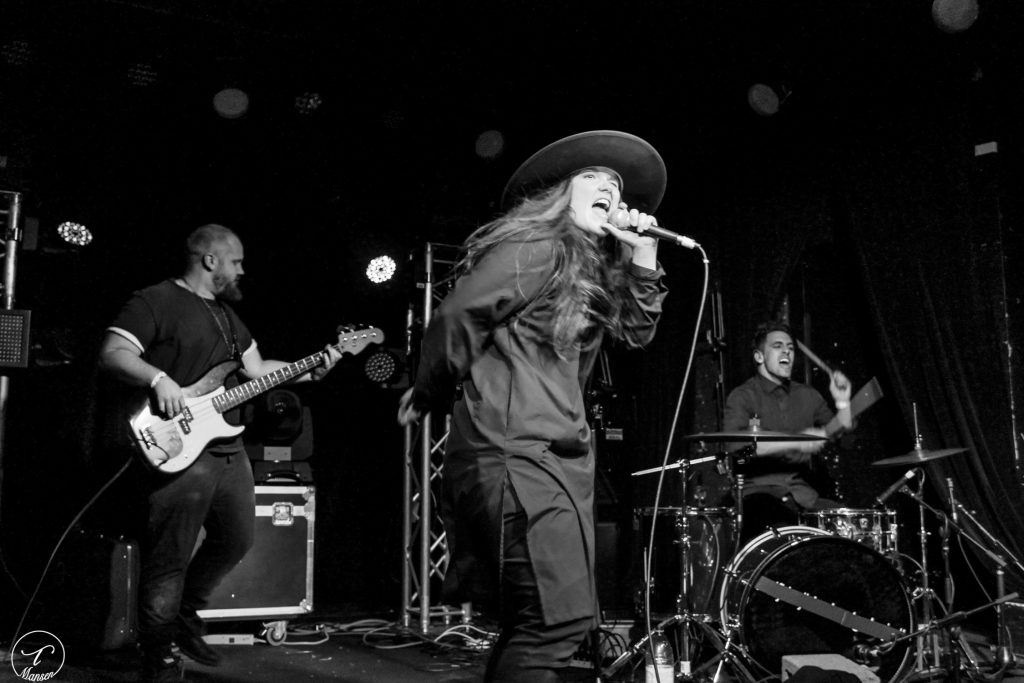 A “Monster” of a Song: Flint Eastwood re-recorded one of her songs for the Michigan House Mixtape. (Photo/Taylor Mansen)

SCROLL DOWN TO LISTEN TO ALL SIX SONGS

A handful of Michigan artists are making noise at this year’s South by Southwest music festival before it even begins. 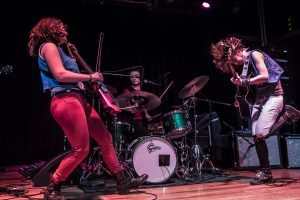 To mark their third straight — and most important — appearance at one of the world’s largest music industry events, Traverse City’s The Accidentals today released the first single from their upcoming debut album on the Sony Masterworks label, and will follow that with more than a half-dozen performances at showcases in Austin over the next week.

Led by multi-instrumentalists Sav Buist and Katie Larson, the Michigan alternative folk-rock band named by Yahoo as one of the “Top 10 Bands to Watch in 2017,” is poised to build on its buzz-generating status during this year’s gargantuan SXSW, which officially kicks off today, with the music festival portion beginning Monday.

Five other emerging artists from the Mitten State — Kalamazoo’s The Go Rounds and Michigander, and Detroit’s Flint Eastwood, Stef Chura and ONEFREQ — also are bound for SXSW to perform at Tuesday night’s Michigan House showcase at the Stay Gold nightclub. 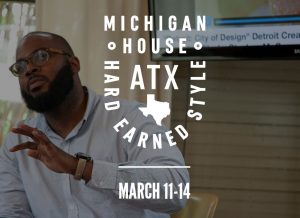 But before they embarked on their voyage to Texas for SXSW, each recorded a new track at Peter Fox’s Stone House Recording in Grand Rapids, with those songs premiering here today exclusively at Local Spins. All five songs also will be entered into this fall’s ArtPrize competition in Grand Rapids.

Listen to tracks from this special “Michigan House Mixtape” and the brand new Accidentals’ single below — a fine introduction to a diverse mix of Michigan artists.

Local Spins will be in Austin documenting the action and hosting a “Lessons Learned from Austin” roundtable discussion with Texas and Michigan musicians (including The Accidentals, The Outer Vibe, Rick Chyme and others) at 3:15 p.m. Tuesday — something you can follow live via Local Spins’ Facebook page.

The first single from The Accidentals’ new album, “Odyssey,” to be released in August by Sony Masterworks, was inspired by indie-rock musician Keller Williams, who makes a guest appearance on the track. Sav Buist and Katie Larson of the up-and-coming Traverse City act say they were “blown away” by Williams’ genre-bending approach and “guitar wizardry,” motivating them to craft a “jazz-infused, jam-band” tune for the new album, recorded with co-producer Jason Lehning and featuring appearances by Williams, The Decemberists’ Jenny Conlee, Jack White’s bassist Dominic John Davis, percussive guitar virtuoso Kaki King and Carter Gravatt from Carbon Leaf.

Detroit “grunge pop” artist Stef Chura released her debut studio album, “Messes,” in January after years of playing the Motor City’s underground music scene. She plays several shows in Texas this coming week before making tour stops in in the South and all along the East Coast.

Kalamazoo singer-songwriter Michigander, aka Jason M. Singer, has quickly turned heads with his infectious hooks and creative songs. He’ll play shows in Nashville and Dallas before the Michigan House showcase in Austin, with a March 24 hometown concert at Bell’s Brewery Eccentric Café.

Read more about Creative Many’s Michigan House venue and check out a roster of Michigan artists performing at SXSW 2017 in this Local Spins story.