The Symphony will join Preservation Hall Jazz Band on Sunday night, the first of three summer shows at the amphitheater that will feature the orchestra. The back story and a video preview at Local Spins. 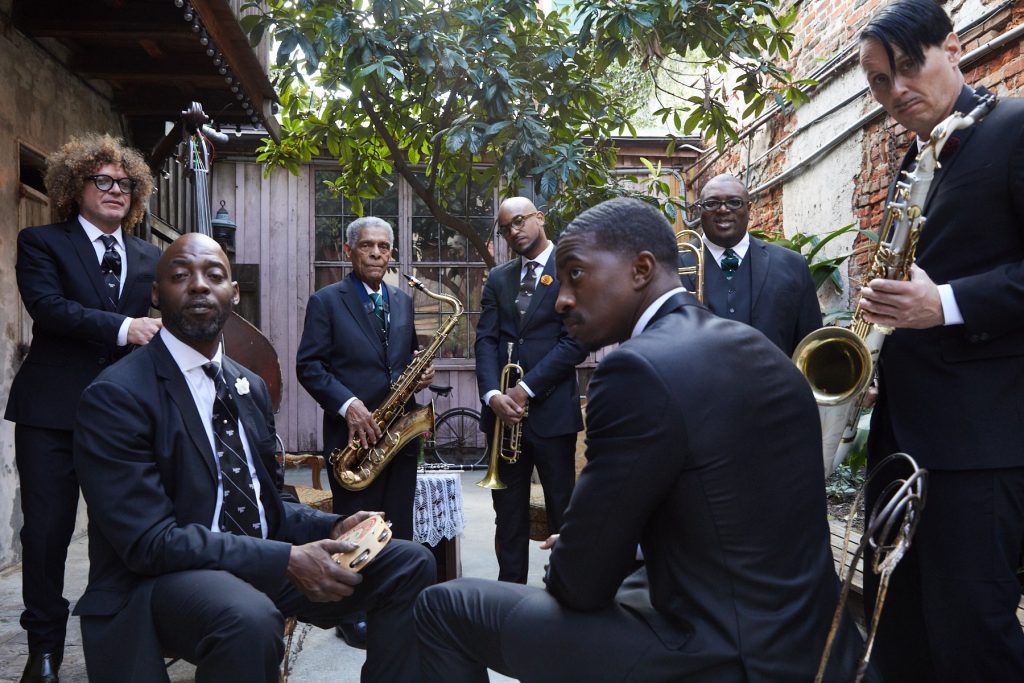 SCROLL DOWN FOR A VIDEO INTERVIEW & TOUR PREVIEWING THE 2021 SEASON

When Frederik Meijer Gardens & Sculpture Park kicks off its much-delayed main summer concert series on Sunday, it will feature a new partnership with a very familiar Grand Rapids institution.

The Grand Rapids Symphony will join the Preservation Hall Jazz Band on stage for the 2021 series opener, the first of three concerts starring the Symphony over the next two weeks.

“We are absolutely thrilled with this collaboration between the two arts organizations and hope it will continue for a long time,” said Mary Tuuk Kuras, president and CEO of the Grand Rapids Symphony, which began talks with Meijer Gardens about a possible partnership back in 2019, prior to the pandemic. 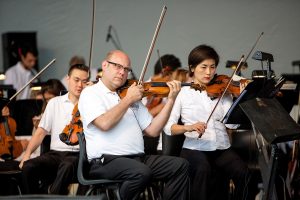 “A priority for our summer schedule has been the ability to expand our presence to new audiences, reflecting our commitment to serve all areas of our community as we recover from the pandemic.”

That new audience will include fans of New Orleans’ much-admired Preservation Hall Jazz Band, formed in 1961. The current seven-piece group is led by artistic director Ben Jaffe, son of the late Allan Jaffe who founded the ensemble.

“New Orleans has been the point at which sounds and cultures from around the world converge, mingle and resurface,” noted Tuuk Kuras.

“Preservation Hall Jazz Band and Grand Rapids Symphony artists will combine to give audience members an amazing performance of music from an incredibly rich history and diverse background.”

Michigan native Sameer Patel, who was educated at the University of Michigan, will conduct Sunday’s concert at the 1,900-capacity outdoor amphitheater. It’s the first main series concert being held at the venue since September 2019.

The July 22 Symphony concert will feature music from “Star Wars,” “Raiders of the Lost Ark” and “Jurassic Park”; on July 29, Pink Martini will join the Symphony for the evening. 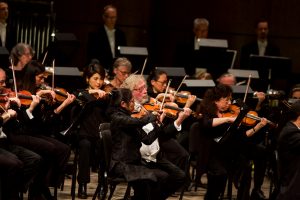 Joyful Return: Grand Rapids Symphony will play its first show in front of a large audience since March 2020. (Courtesy Photo)

As for the future of Symphony performances at Meijer Gardens, she said discussions are under way for extending the partnership. That planning includes assessing the future of Picnic Pops concerts at Cannonsburg Ski Area, a series which hasn’t taken place the past two summers due to the COVID pandemic.

“In the fall, we will evaluate our 2021 summer season experience and begin planning for our 2022 summer season,” Tuuk Kuras said.

For now, she said, the Symphony is just “filled with joy and delight” to play for a large audience outdoors for the first time since March 2020.

EDITOR’S NOTE: To preview the upcoming Fifth Third Bank Summer Concerts at Meijer Gardens, Local Spins and the Destination Live Music video crew recently interviewed communications director John VanderHaagen about the 2021 series – from details about concerts and the venue to preparations for resuming live shows. View the highlights and take a tour of the amphitheater here.