The Grand Rapids neo-soul/rock super-group is set to release its second album in May and will be honored by Local Spins at Friday night’s Jammie Awards. 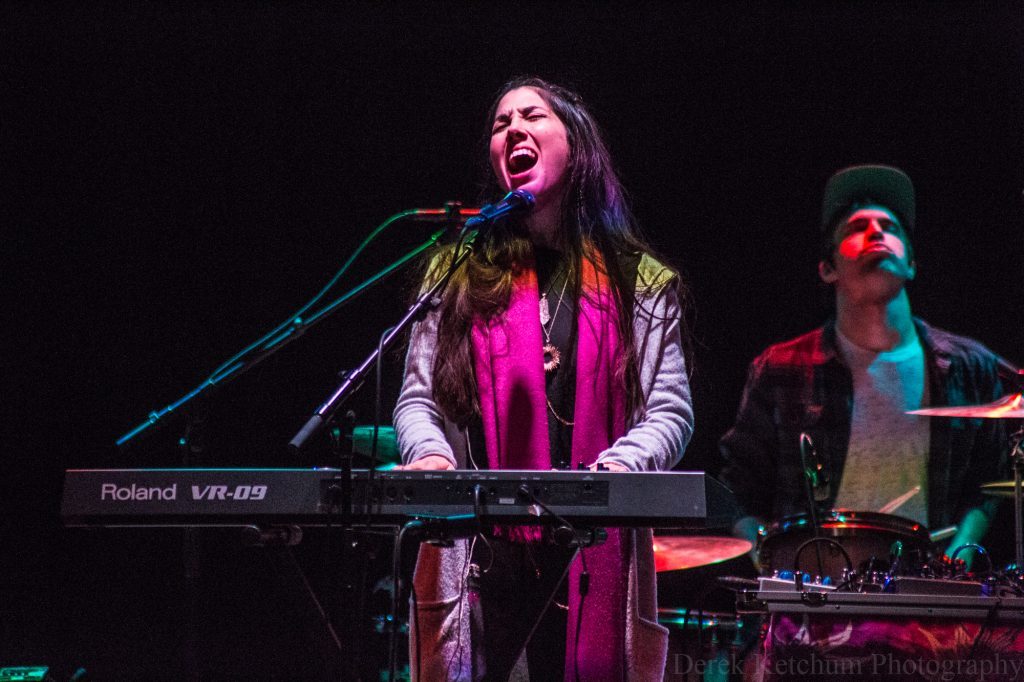 It had all the markings of a super-group of West Michigan musicians, but members of Earth Radio had no expectations or lofty goals when they first sat down together in 2017 to jam.

What quickly emerged, however, was an infectious, boundary-pushing stew of experimental rock, neo-soul, jazz, hip hop and more – a mind-expanding concoction that quickly cultivated an enthusiastic fan base.

“We came together to create our first album and were really excited with the result,” said keyboard player and singer Hannah Laine.
“We brought all of our own styles and flavors together and made art that we all enjoy. The fact that others enjoy it as well gives our art a purpose that is beyond ourselves, and that is humbling.” 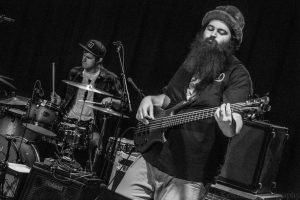 A Unique Groove: Earth Radio has that and more. (Photo/Derek Ketchum)

The proof? They “wrote like 10 songs worth of material in a week-and-a-half,” according to Avdek.

The Grand Rapids band’s unique studio debut and robust live shows have turned heads and brought a fresh light to the region’s music scene. That’s why Earth Radio has been named the Local Spins Emerging Artist of the Year for 2018.

The award will be presented by Local Spins to the band on Friday night (Feb. 8) during the 20th Jammie Awards show hosted by radio station WYCE-FM at The Intersection. Earth Radio is slated to perform at 10:10 p.m. on The Stache stage.

The band also is nominated for several WYCE Jammie Awards, including best album by a new artist and best jazz album. (See the full Jammies performance schedule and read more about the event.)

“We are so honored to be chosen amongst such a wide array of talent that resides in West Michigan, and we are very grateful for all of the support that WYCE has given us throughout the beginning stages of our group,” Laine said. “It is thanks to WYCE and Local Spins that our music has been received by so many people.” 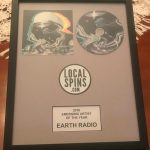 Of course, that first studio effort represents only the beginning.

Earth Radio just wrapped up recording its sophomore album at Third Coast Recording in Grand Haven, with hopes of releasing it in mid-May.

The band will hit some summer festivals, as well as playing Chicago, Detroit and northern Michigan. Their next performance is Feb. 22 at Unruly Brewing in Kalamazoo, followed by a March 14 gig at The Pyramid Scheme in Grand Rapids with The Outer Vibe and Conrad Shock + The Noise and an intimate March 16 show at Mexicains Sans Frontieres in Grand Rapids with After Ours. 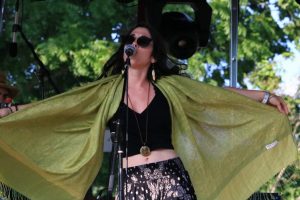 And they continue to explore new musical frontiers.

“I think Earth Radio’s sound is ever-changing, which is something that we all love about the group: We are not confined to a certain genre or sound,” Laine said.

“Our new album sounds nothing like the first album, and every song is so different from the last, but each song was written with intention and holds meaning to us.”

Of course, each member also is involved in other projects: Snedeker with Blushing Monk, Blue Water Kings and more; George in the progressive jazz group Lushh; Swanson and Avdek as solo artists (Avdek also plays with Mark Lavengood and others); and Laine as a solo artist and as a duo with Desmond Jones’ Chris Bota.