WYCE-FM hosts the 20th Jammies show Friday at The Intersection, with 34 acts on stage and tons of awards doled out. Browse the schedule; see some ‘best artists’ picks by last year’s winners. 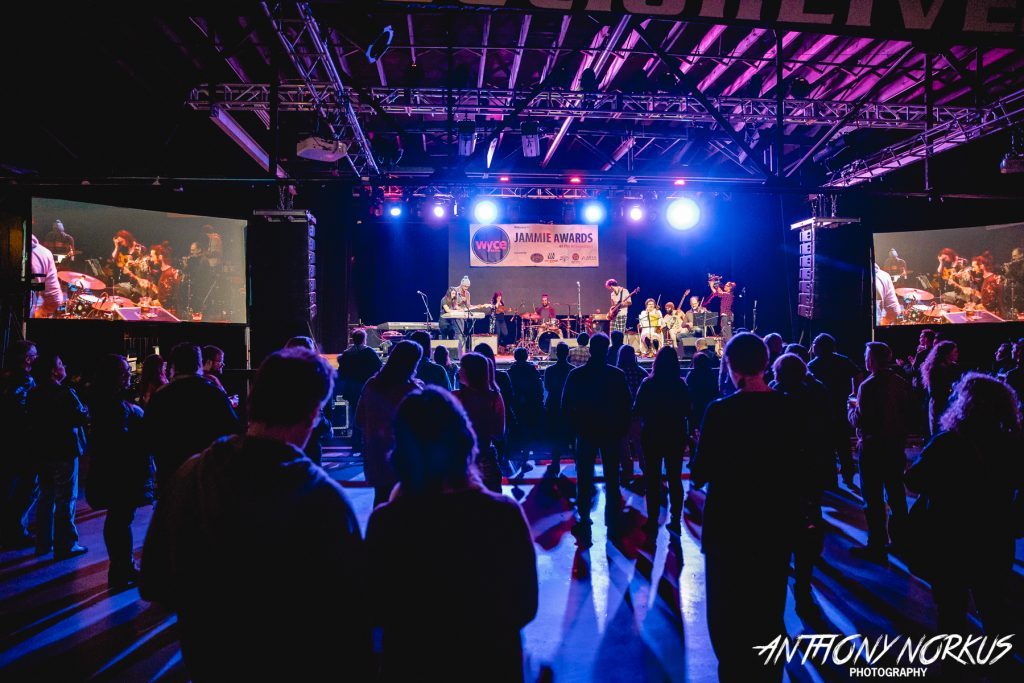 Returning to the Intersection: But for the first time, the WYCE Jammie Awards will pack all four of the nightclub’s venues. (Photo/Anthony Norkus)

Honoring the best in Michigan music, the 20th annual Jammie Awards roll out at The Intersection in Grand Rapids on Friday evening, with 34 artists performing on four stages in the biggest show ever presented by community radio station WYCE-FM (88.1).

The event runs from 5:30 p.m. until midnight Friday, with a $5 suggested donation to WYCE at the door. Attendees also are encouraged to wear pajamas, aka “jammies,” to help celebrate; those who do can choose a free CD from WYCE’s collection.

Save this schedule image on your smartphone to take along.

For those arriving before 9 p.m., food donations can also be made to Feeding America West Michigan.

In-demand stars such as The War & Treaty, Tunde Olaniran, Lady Ace Boogie, Luke Winslow-King and Molly will join emerging artists Pink Sky, Earth Radio, LVRS, Michigander and others to pump up the evening, with The Hacky Turtles hosting a funky after-party.

With 18 awards in a host of categories presented that night – just two days before the Grammy Awards take place in Los Angeles – Local Spins asked some of last year’s winners to describe the importance of the Jammie Awards and their own favorite Michigan artists of 2018:

JAKE KERSHAW (Last year’s winner of Listener’s Choice Best Album by a New Artist, Local Spins’ Emerging Artist of the Year) – “The Jammie Awards take people from all over Michigan and put their music in the ears of the entire state. Everyone’s got a voice, regardless of style of genre, which is really cool. The Jammies are also a great way to find new music and new artists, and in my experience, some new friends as well.”
Pick for Best Album of 2018: May Erlewine & The Motivations’ “In the Night” – “Erlewine is extremely talented, and her music really showcases her effort for simplicity with beautiful and heartfelt melody lines with some really powerful lyrics.”
Pick for Best New Artist: Anna Burch (Detroit) – “She has a massive following and definitely breathes some fresh air into the Michigan music scene, with a very new yet intriguing sound.” 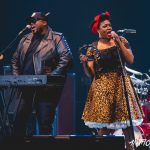 The War and Treaty (Photo/Anthony Norkus)

MICHAEL TROTTER of THE WAR & TREATY (Last year’s winner of Best Album by a New Artist, Best Blues Album, Special Jury Best Album by a New Artist) – “To be nominated for a Jammie is major for Michigan artists. You can touch people all over the world, but to be recognized by our hometown city and state is really the dream come true effect.”
Pick for Best Artists of 2018: May Erlewine, Cameron Blake, Lindsay Lou
Pick for Best New Artist: Michigander (Midland/Kalamazoo) 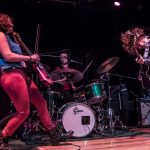 THE ACCIDENTALS (Last year’s winner of Best Rock or Pop Album) – “It’s a celebration of Michigan music that helps foster connection and collaboration and pride in our music scene. WYCE supports Michigan artists like no other station, introducing Michigan bands to their potential base and giving music lovers across the state access to music they might otherwise not know about … On the national scene, winning an award at the top of your state lets talent buyers know you have a strong base where you started and gives them confidence that you can build a strong base in their region as well. It all starts at home.”
Pick for Best Album of 2018: Lindsay Lou’s “Southland” – “We played a show with Lindsay Lou and the Flatbellys in a barn in the backwoods of Wakeman, Ohio. We watched their performance … as the sun was setting, snuggled with a hound dog. It was magical. We started covering the song ‘Shining in the Distance’ and resonated with the refrain ‘is it not time, is it not time?’ The song has a spiritual effect, and the whole album gives us the feeling of being back in the barn in summertime watching their performance.”
Pick for Best New Artist: Political Lizard (Rockford) – “They are the same age we were when we started and they are talented and willing to work. We brought them on tour with us last summer and they killed it.” 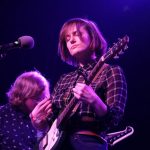 ERIN LENAU of HOLLYWOOD MAKEOUT (Last year’s winner of Special Jury Album of the Year) – “Musicians from all genres come together to listen and appreciate each other’s talent and style. Through the Jammies, I’ve been exposed to so many artists I would’ve otherwise never seen. It also gives fans and concertgoers an opportunity to see the talent we have in Michigan. There are so many artists in Grand Rapids and Michigan that inspire me beyond what I’ve seen outside of the state.”
Pick for Best Album of 2018: Tunde Olaniran, “Stranger” – “He has such a light and energy that’s contagious. When you see him live, you’re sold. He’s personable, kind, encouraging and his music brings me so much joy.”
Pick for Best New Artist: Natural Body (Grand Rapids)

KARLI MOREHOUSE oF LIPSTICK JODI (Last year’s winner of Best Alternative Album) – “Winning an award validates a lot of the hard work that musicians in our community do. I for sure felt gratitude after receiving our Jammie.”
Pick for Best Album of 2018: Jes Kramer’s “Jes Kramer” – “I’ve been a longtime fan of Jes Kramer, so it’s an easy pick for me. Her latest record is fantastic and I’ve loved watching some of the behind-the-scenes production on social media.”
Pick for Best New Artist: Political Lizard (Rockford) – “I’ve only seen them as a duo so far, but I really enjoy the songwriting and musicality of it all. I can’t wait to see what their new record brings.” Revisit Local Spins coverage of the 2018 Jammies: ‘So much’ talent, energy and fun boost West Michigan’s biggest night for music