The guitarist was the featured guest for this week’s expanded Local Spins on WYCE, which also debuted music by Earth Radio, Dalmatian Stone, Brothers Crunch, Stone Soup & the Broken Teeth and more. 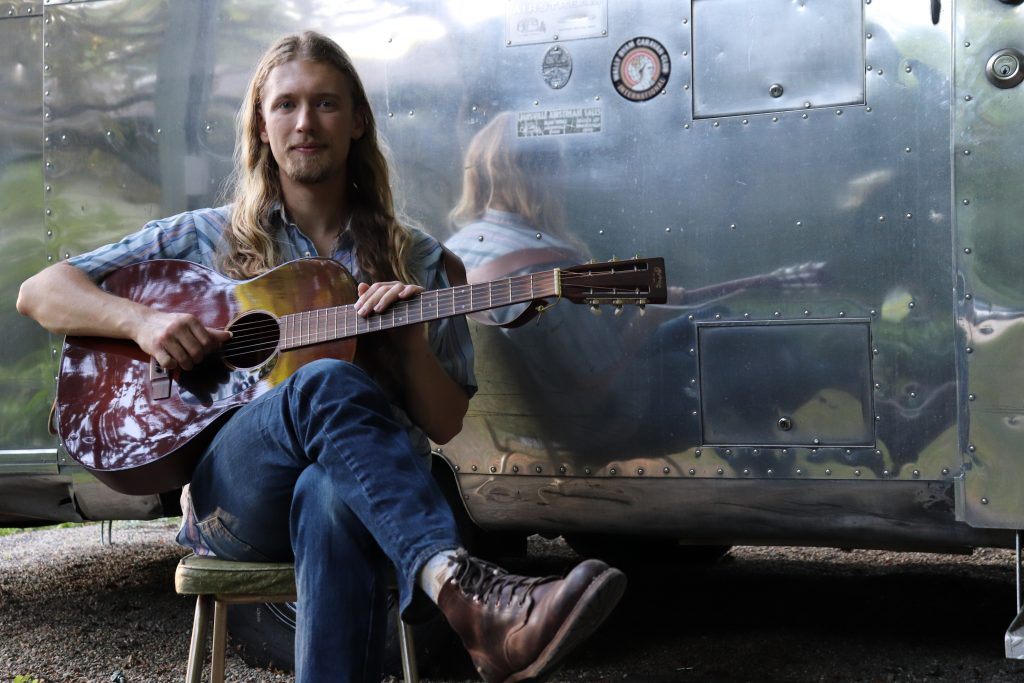 Monte Pride didn’t always know he was destined to be a songwriter and musician.

But with all of the inspiring music he surrounded himself while growing up in Okemos and as a student at Michigan State University, the end result was impossible to escape.

Going to see bands like Michigan’s Steppin’ In It and Mystic Shake in their heyday and soaking up the music of Lyle Lovett, Johnny Cash, Creedence Clearwater Revival, Nick Drake, John Prine, Paul Simon, Gillian Welch, The Tallest Man on Earth, May Erlewine and Red Tail Ring, Pride was compelled to create the kind of music that audiences have since come to embrace. 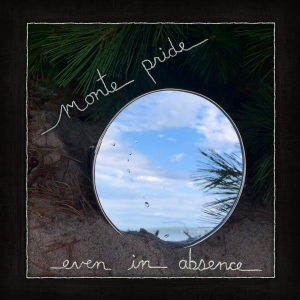 Sophomore Album: “Even in Absence.”

“The Michigan music scene is a great place and everyone is so supportive of each other,” said Pride, 24, who insisted that his sister “is a great singer-songwriter herself.”

Now, with more than a year of work invested in the project, Pride is finally ready to unleash his sophomore studio album on the world.

“Even in Absence” – recorded at Ann Arbor’s Big Sky Recording, Grand Haven’s Third Coast Recording and Kalamazoo’s La Luna Recording & Sound – unfurls as an antidote to ease the pain of a pandemic that’s isolated people, often from the ones they love.

“It’s just reminders that experiences and relationships with other people and people’s lives, and impacts that people make persist and are present with you even in their absence (especially) in times like these when we’re away from people,” Pride said.

The Lansing singer-guitarist showcased two of his new songs – “Echo” and “Michigan’s Song” – for this week’s extended, two-hour edition of Local Spins on WYCE (which was part of WYCE’s 36-hour Michigan music marathon).

Watch a video of his acoustic performance of “Michigan’s Song” here and scroll down to listen to the entire radio show, including an interview with Pride and more tracks from Michigan artists.

Pride’s album — officially being released Friday (Aug. 21) as the follow-up to his 2016 debut, “Hawthorne Morning Sound” — features a host of guest musicians that Michigan audiences are familiar with.

“I was incredibly lucky to have a lot of amazing friends and artists contribute to the songs,” he said.

Pride describes the “healing songs” as “inspired by ’60s and contemporary folk music.” He said they also represent real growth from the tracks on his 2016 debut. 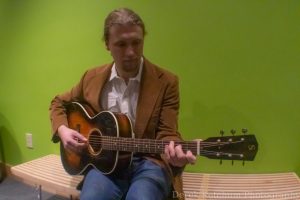 Returning to the Stage in 2021: Monte Pride was a winner of the Kalamazoo Fretboard Festival’s play-in contest early this year. (Photo/Derek Ketchum)

“I’ve worked on honing my songwriting craft, telling stories and sharing stream-of-consciousness abstraction and expanding song arrangements with ‘Even in Absence,’ ” he suggested.

Of course, the coronavirus pandemic has “brought everything to a standstill,” including shows to promote Pride’s new release. Except for an Aug. 27 live-stream concert on his Facebook page, he said he doesn’t plan to perform again until 2021 due to COVID-19 concerns.

“I miss performing a lot, but have appreciated the downtime to focus on writing for the next album and promoting this one,” he said.

“It’s been strange, there isn’t a guide to releasing an album during a pandemic, but even with everything going on and all of the deeply rooted issues we’re facing, I’m looking forward to getting the new music out to hopefully bring some solace to listeners.”

Get more information about Pride and his new album online at montepridemusic.com.

The show was part of WYCE’s special “World of Michigan Music” fund drive that raised more than $36,000 in 36 hours. Listen to the full radio show podcast here.