In a guest column, the well-known Grand Rapids singer-songwriter marvels at the generosity of West Michigan’s music community. And she’s sharing her own talents for a remarkable global project. 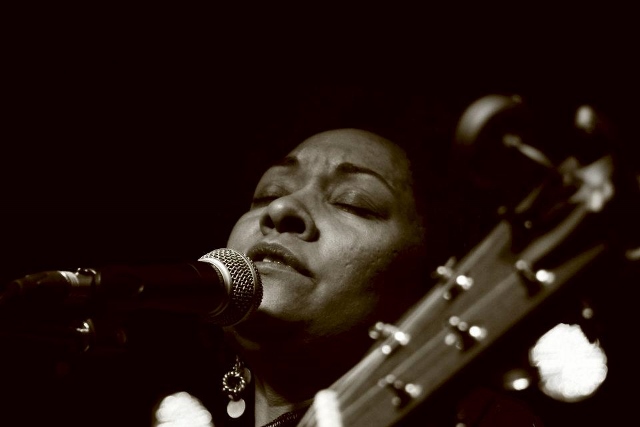 EDITOR’S NOTE:This Spins on Music guest column is one of a series of essays giving a voice to West Michigan musicians on topics dear to their hearts — assessing the music scene, in their own words.

I’m often amazed by how much of this surrounds us in West Michigan.

I work and play in the musical community, and see up-close the abundance of organizations, musical events, and movements – both commercial and philanthropically-minded – which promote and foster good will, compassion and creativity. Whether informal or more intentional, artists have an enormous capacity to drive economy, as well as social and political change.

It’s a rough road to actually earn an income from music-making, especially on the local level. However, I remain a fan of lending my music for the greater good of community and continue to be inspired by friends and fellow performers who do the same. With the Internet and myriad of social media outlets, that community has gone global.

Dale Dieleman, as he goes by in non-musical life, founded Grassroots Empowerment Opportunities with his wife, Sarah. GEO is a non-governmental organization (NGO) based in Grand Rapids which supports a shelter/orphanage in Kampala, Uganda. In addition to housing, the shelter pays children’s school fees (schooling isn’t free), purchased a small farm where fresh food is grown, and generally provides a family life for kids who’ve been abandoned.

The 2012 album features Dale’s songwriting, cover art by Georgia Taylor and contributions from Michigan musicians such as Carolyn Koebel, Matt Fouts, Bill Nieusma and more. It would have been tough for this group to have made a greater impact by simply donating a few dollars to the cause. By giving their artistic gifts, they helped create a product which will help fund the shelter for months and years. 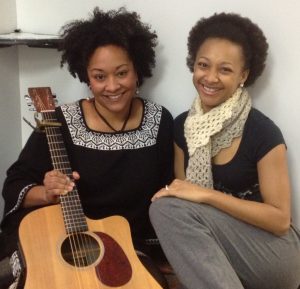 It’s just one example of a giving musical community. Consider these other local efforts:

• Making Smiles for Hope – A year-old local charity founded by a couple of Spectrum Health nurses and friends. They make hats, headbands and holiday gift packages for sick and terminal children. Their event, “Mustache Masquerade,” takes place in The Intersection’s Stache (front lounge) at 6 p.m. May 10, $10. For more information, visit the group’s Facebook page.

• Musical Arts for Justice in the Community (MAJIC) – Raises money for the disadvantaged in Grand Rapids’ Heartside neighborhood, and donates to the Grand Rapids Coalition to End Homelessness, Heart of West Michigan United Way, and to Hill Music Together. Their monthly events are held at Bethlehem Lutheran Church (250 Commerce SW). We Are The Ink Monkey wraps up the current series on April 12. The series resumes next October. Visit its website here.

Although many bands donate their time throughout the year to a host of causes, not all of these events ask artists to “give it away.” While it’s not possible or practical for every event, some have enough funding to offer a form of compensation to bands.

Honestly, I get asked to do a lot of benefits. It’s not always possible for me to contribute without either putting my own delicate finances in jeopardy or under-valuing my brand to the point where playing for free is my only option.

But I also I think it is important to use my gifts selectively and in ways that truly provide relief, comfort or badly needed change to the community. Though I sometimes fantasize about being Oprah, what I really have to give are my musical gifts. 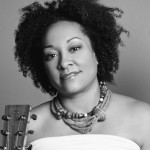 About Karisa Wilson: Grand Rapids singer-songwriter and multi-instrumentalist Karisa Wilson is as giving of her talents as any of the artists/organizations she mentions in her guest column. And readers can help with her latest project. With influences as varied as Whitney Houston, Radiohead, Billie Holiday and Indie Arie, Wilson (who plays violin, guitar and more) has been highly sought after for her instrumental and vocal talents by bluegrass, heavy metal, folk, hip-hop and electronic acts while carving out a career as a solo artist in contemporary folk and indie-pop. She won 2008’s Jammie Award for best local album of the year and best new artist (for “Little Girl”), and won another Jammie for her most recent release, “Stronger.” Recently, the Calvin College grad has performed as a duo with local singer garner.

In early April, Wilson travels to Kampala, Uganda, to arrange and record original tunes penned by youngsters at a shelter/orphanage supported by the Grassroots Empowerment Opportunities group mentioned in her essay. The hope is to press a record which will raise money to cover educational costs. “These kids don’t get the chance for self-expression in their world,” Wilson says. “The disc could be given to donors or sold to support school fees, as well as extend community from Grand Rapids to Kampala.” It’s an expensive venture, so Wilson has started a Kickstarter campaign to cover $4,000 in trip and CD-production expenses. “I know there will be more costs even if the Kickstarter succeeds, and that’s OK,” she maintains. “I am completely willing to pour as much of myself into helping lift up these kids, but a little help from friends and neighbors sure makes it easier.” So folks, make it easier. She’s currently halfway to her goal and you can contribute by visiting her Kickstarter page here. Learn more about the project here, with some details about GEO at its Facebook page.