Kalamazoo songwriter Even ‘WOOTS’ Wouters was the featured guest for Local Spins on WYCE, which also debuted music by Desmond Jones, The Accidentals, Martyr for Madison, Birdie Country and Rachel Curtis. 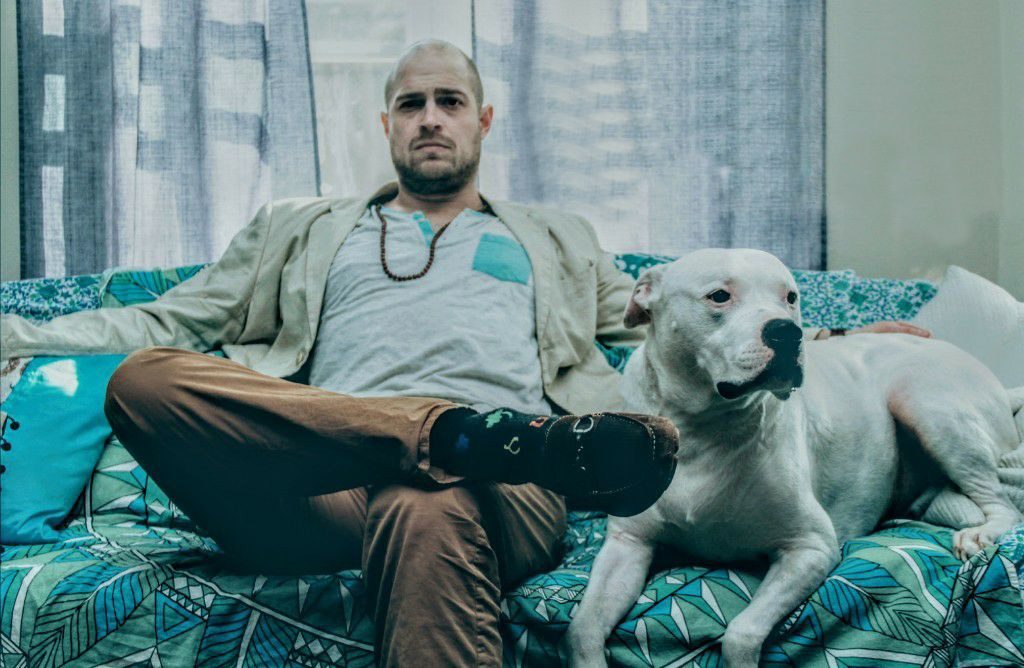 Diversity and a Creative Edge: Evan “WOOTS” Wouters releases his new album in May. (Courtesy Photo)

To thrive as a songsmith and musician, Kalamazoo’s Evan “WOOTS” Wouters believes exploring all styles and approaches to music is essential to retaining a “childlike creative edge.”

So, the multi-instrumentalist’s all-star-laden debut album, “Keep Up,” covers the gamut of genres, with Wouters unafraid to immerse listeners in healthy splashes of rock, soul, hip hop, country, Americana and funk that all showcase his songwriting.

It’s something he grasped from an early age: Growing up in Detroit, his mother taught him “the importance of diversity within whatever sort of presentation you’re trying to achieve with your art.” 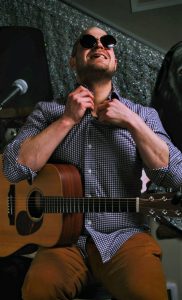 A Who’s Who Slate of Guest Musicians: Wouters has made lots of connections over the years. (Courtesy Photo)

And after recording and touring over the years as a member of the bands Dr. Dwyer and Secretary of Space, Wouters also learned another critical lesson: He needed to forge ahead on his own after the “exhausting” legwork of managing and coordinating collaborative band projects.

So, he set out to create “something I was really truly proud of that I could call mine and nobody else could. I had the final stamp of approval.”

For this week’s episode of Local Spins on WYCE, Wouters debuted two tracks from the new album (recorded at Grand Haven’s Third Coast Recording and mixed/mastered by Ian Gorman at Kalamazoo’s La Luna Recording & Sound) – “Leave It Alone” and “Steady Strides.” Scroll down to listen to the songs, the interview and the full radio show podcast.

AN UPLIFTING THEME AND UNDERSTANDING THAT ‘YOUR WORK MATTERS’

“If there was any aspect of 2020 (and the pandemic) that was relieving was that it gave me an opportunity to really sit down with what I had tracked on this album and really take the time to finish things while not feeling like I had to rush,” said Wouters, who started playing piano at age 5 and picked up guitar when he was 12, about the time he also began writing music.

“2020 … taught a lot of us to be patient and mindful, and to take time to really focus on what is important in life,”

Ultimately, he said, the caliber of the songs themselves trumps everything else. 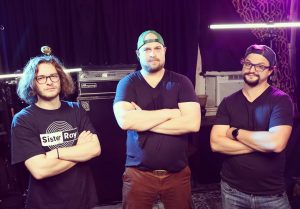 The Band: WOOTS plans an album-release show May 22 in Kalamazoo. (Courtesy Photo)

For “Keep Up,” the theme of those songs revolves around hope, pursuing your dreams and “being uplifting,” something inspired by his years of work with at-risk youth after earning a master’s degree in counseling psychology from Western Michigan University.

“Being an artist willing to put your work on display takes work, dedication, compassion and, at times, a lot of heartache. The main purpose of this album is to motivate myself, or anyone listening, that your work matters,” he offered.

“Sure, you will experience doubt, disappointment and every emotion under the sun throughout the process. But if you keep up with it, you’ll be able to finally experience the fruits of your labors.”

Wouters, who has performed solo in the past with improvised backing loops, plans to officially unveil the new album during a release show May 22 at Kalamazoo’s Final Gravity Brewing, accompanied by a small band. But he likely won’t promote and tour behind the new album in earnest until next year.

“My primary objective was to get this out into the world this year,” he said, “so I am really focusing on 2022 to get out and start playing again in a more frequent manner.”

This week’s edition of Local Spins on WYCE – which showcases Michigan music at 11 a.m. Fridays on WYCE (88.1 FM) and online at wyce.org – also debuted new tracks by Desmond Jones, Birdie Country, Martyr for Madison, Rachel Curtis, The Accidentals, Prior Noon, All Over the Shop and Biomassive, as well as tracks from Pansy and Earth Radio (this week’s musician’s pick by Wouters). Listen to the full radio show here.