A track by the Kalamazoo singer and guitarist who shares his music with seniors across the Midwest will be featured in a radio release from Kentucky’s “Woodsongs Old-Time Radio Hour.” 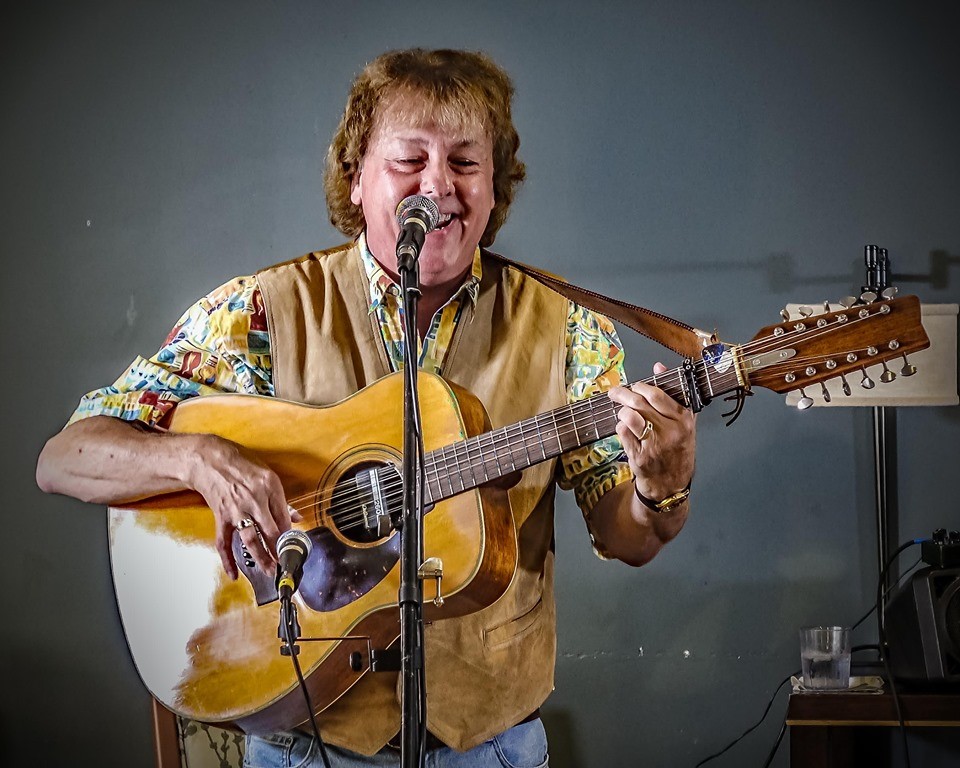 Kalamazoo musician and songwriter Bob Rowe is taking a trip around the world — though he isn’t traveling by plane, train or automobile.

Rather, he’ll ride the airwaves to various radio stations around the United States and a number of other countries, including Australia and Ireland.

The singer and guitarist is set to be featured alongside a slew of other artists in a February compilation radio release curated by “Woodsongs Old-Time Radio Hour” in Lexington, Ky. 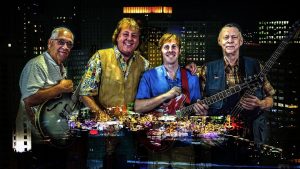 “The Woodsongs people are wonderful. They truly are like old-fashioned folk music entrepreneurs. It’s all about the music, which is so refreshing,” Rowe said in a phone interview from his home in Kalamazoo.

“It feels fabulous. It feels like I’m working with people who truly care about music. The bottom line for them is all about the quality of the music. Being associated with them is personally really gratifying.”

The public radio show, which began in 1998, is hosted by Michael Jonathan and showcases grassroots artists and their music. The show produces 44 episodes each year and airs on 537 stations.

Rowe’s rendition of the folk classic, “This Train,” was selected as part of a radio-only release, which will feature a number of artists, including well-known folk singer Judy Collins.

Originally appearing on Rowe’s 2017 album, “Higher Ground,” his rendition of “This Train” opens with an ear-catching acoustic riff. Rowe’s voice is steady and powerful as the song rolls through dueling guitars and a dusting of sparse percussion. (Scroll down to listen to Bob Rowe’s version of the song.)

The traditional song (originally released by Sister Rosetta Tharpe) has been covered by the likes of Johnny Cash and Bob Marley, but Rowe’s version feels as though it was born at high noon in a Western desert ghost town.

‘CONNECTED TO OUR GREATER HUMANITY’ BY HELPING SENIORS

“It’s not been quite done in the same way we did it, with the honky guitar and a little bit of a train going down the tracks feel. It’s a really cool cut,” Rowe said of the song, which was recorded in Kalamazoo with Neil Harding.

“He’s worked with me for a long time and he’s just a great engineer and a wonderful arranger and producer. He’s great at picking out the bones and the soul of a song and making it really unique and also making it sound like Bob Rowe and not somebody else.”

Rowe’s upcoming plans for 2020 include recording with The Green Valley Boys and Luke Lenhart, and performances that include the March 7 Kalamazoo Fretboard Festival at Kalamazoo Valley Museum. Rowe will also be featured in a PBS documentary. 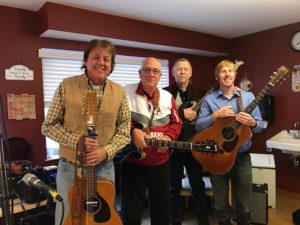 Loving the Beauty of a Great Lyric and Melody: Bob Rowe with his bandmates. (Courtesy Photo)

As for what keeps him going after years of performing and recording, it’s a sincere adoration for music.

“I still love it. I love it as much as I did when I was 18 years old. I love the beauty of a great lyric and a wonderful melody, and somehow I keep finding niches to fit in, even in 2020, that are relevant to the music business.”

Beyond his own music, Rowe stays busy with his non-profit, Renaissance Enterprises, which provides music and art programs to nursing homes, senior apartment dwellings and other residential facilities around the Midwest.

“I listen to music all the time, I listen to friends who are putting out releases, I listen online and on radio. There’s just a lot of really wonderful stuff out there.”