Recordings by The Rolling Stones, Gillian Welch and Sonic Youth had a big impact on studio owner Ian Gorman, who also revealed his penchant for the latest album by West Michigan’s own Patty PerShayla. 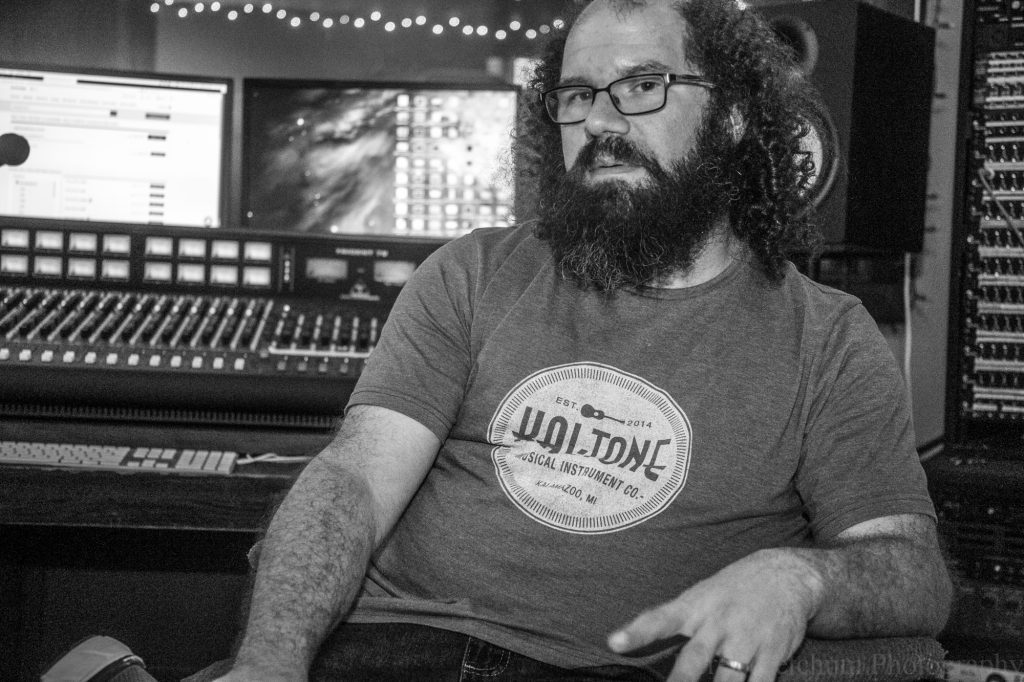 EDITOR’S NOTE: All musicians and producers can trace their inspiration to key recordings that captivated them and influenced their own music. Writer Ross Boissoneau today showcases the albums that changed the world for Kalamazoo studio owner Ian Gorman. Scroll down for a Spotify playlist of his picks, plus a couple of tracks from The Red Sea Pedestrians, a band he’s performed with for 15 years.

Producer, engineer, bassist, guitarist: The versatile Ian Gorman has done at all. He’s best-known as owner and engineer/producer at La Luna Recording & Sound in Kalamazoo, where he’s worked with Seth Bernard, Jordan Hamilton, Last Gasp Collective, Andy Baker, Earth Radio, May Erlewine, The Crane Wives and dozens of others, including the Western Michigan University jazz department. “I’ve worked with a lot of people in Michigan,” he says in a bit of understatement. “I’m more known as a recording engineer. That’s what I’ve done since college.”

Though famed for his studio, Gorman is a musician as well. “I’ve played music since I was a kid. I started in middle school playing guitar and bass. I’ve been in many bands,” he says. That includes The Red Sea Pedestrians, which Gorman has been a member of for 15 years. He defines the band’s sound as a hybrid of rock, folk and Eastern European music. He credits his parents with instilling in him a love of music, coming from a home that was filled with music.

Check out his album picks, a current favorite and scroll down to listen to a playlist of selected tracks, including a couple of songs from The Red Sea Pedestrians. 1. The Rolling Stones, “Beggars Banquet” (1968) – One that came to mind is “Beggars Banquet.” It’s such an amazing rock record. They dabbled in psychedelia with “Their Satanic Majesties Request,” then pivoted back to what they’re best at: dirty, bluesy rock. I love the darkness, the tunes, Keith Richards. I was pretty young when I heard it. My folks had great musical taste. My mom was an artist and my dad was a DJ before I was born. I grew up with the Beatles, Stones, the Band, Led Zeppelin, the Doors, Joni Mitchell.
Listen: “Sympathy for the Devil” 2. Sonic Youth, “Experimental Jet Set, Trash and No Star” (1994) – I was born in 1977 and … in the 90s I was in high school and college, and (that) music is what I call my own: Nirvana, Sonic Youth, Pavement, REM. Sonic Youth played beautiful music in a crazy, noisy sonic landscape. They’d take a beautiful melody but weird it out. I still listen to it to this day. A lot of music from your youth stays with you. I can listen to an album over and over. I love experimental music but need some melody, form and structure.
Listen: “Winner’s Blues” 3. Gillian Welch, “Time (the Revelator)” (2001) – It’s so raw. She and her partner David Rawlings, just two guitars and voice. It’s live, intimate, stripped down, yet fills up all the spaces. It’s one of the biggest rock records I’ve heard. It can be as loud as a wall of sound. It’s bold, starts with a six- or eight-minute song, ends with a 15-minute-long song. The lyrics are captivating. It’s amazing work.
Listen: “Time (The Revelator)” ALBUMS THAT CHANGED THE WORLD: Ian Gorman’s Playlist on Spotify