In a revealing interview with Local Spins, the legendary singer talks about her 59-year career, her love of performing and her dim view of the White House. She plays a sold-out St. Cecilia show Thursday. 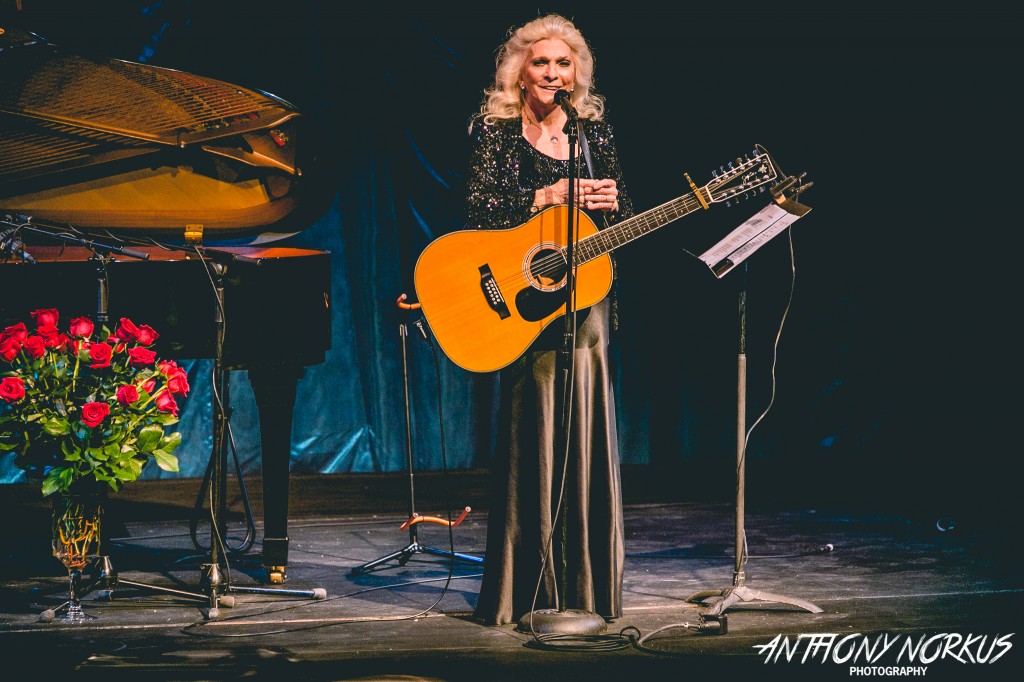 A History With ‘A Lot of Highlights’: Judy Collins returns to Grand Rapids on Thursday night. (Photo/Anthony Norkus)

Over a remarkable 59-year career, Judy Collins has experienced, embraced and weathered it all – the changing dynamics and trends of the music scene, the volatile political climate, the challenges of sustaining success in the entertainment industry. 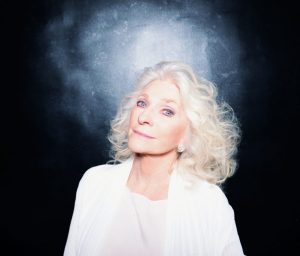 More remarkably, the iconic 78-year-old singer, writer and activist finds herself as in-demand as ever, playing sold-out concerts across the country and earning another Grammy Award nomination last year for best folk album with fellow songwriter Ari Hest. (Scroll down for video.)

“I’ve been absolutely blessed to be able to work hard and be able to keep writing songs. I’ve had an extraordinary year,” Collins said in a recent phone interview with Local Spins, as she prepared to travel to Grand Rapids for a sold-concert Thursday at St. Cecilia Music Center.

“I played 151 shows all over the country and world. I did 50 concerts with Stephen Stills. … I’m always seeking out new songs and doing new things. You don’t stop growing. You keep growing or you drop by the side.”

For a singer who first rose to prominence during the 1960s folk movement – boasting notable associations with Stills, Bob Dylan and Leonard Cohen among others, and earning a monster hit single with Joni Mitchell’s “Both Sides, Now” – Collins hasn’t rested on those laurels. She’s earned kudos for everything from her interpretations of Stephen Sondheim’s music to her books, including 2017’s revealing “Cravings: How I Conquered Food,” that tackled her struggle with compulsive overeating.

“I don’t believe in making mistakes. I believe the things we do, whether we succeed or not, are lessons we learn,” she said. “We all have productive times and extremely scary times. You have to learn from what you do and how to do what you do better.”

Collins certainly has learned how to succeed amid the ups and downs of the music business, including the challenge of earning a living in an age of digital streaming that’s severely cut music sales for artists.

“I’m supporting and giving salaries to multiple people every day. I’ve always had a very strong interest in how the business is run and what happens day to day,” she said. “I hire and pay the salaries for a lot of people and I’m very proud of that. … It’s like Truman said, ‘The buck stops here.’ I’m very involved with the activities, the plans, the promotion and all aspects of my business. I’ve done that for 59 years and I hope I’m getting better at it.” 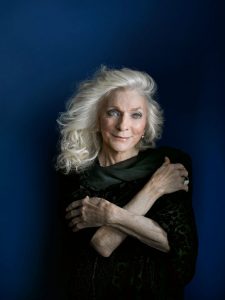 ‘Learn From What You Do’: Judy Collins believes you never stop growing as an artist. (Photo/Brad Trent)

She’s also not shy about expressing her views not only about the music business but about the current state of affairs in Washington D.C., something that’s marked Collins’ activism throughout her career:

• “People have found a way to cheat the artists. Now, all of us are on the road because that’s the only way we can make a living. The government wants to kill the unions and get rid of controls (that give) the artist or the person a serious chance. … But creativity never dies and we’re always trying to do something better and more uplifting.”

• “It’s disgusting and un-American, that’s what I think about what’s going on (in the President Trump White House). Let’s get through it, let’s get on with it, let’s get back to basics, let’s get our respect back. Let’s practice the principals for which our country is famous.”

• “You saw who (musicians) didn’t go to the inauguration and who didn’t. That can tell you a lot. I have a career that’s sustained by incredible hard work. I don’t leave a city and leave everybody in bankruptcy. We know someone who does that, who’s historically famous for doing that. I leave people more artistically fulfilled. … I behave like a human being. I’m the one and you’re the one who are paying for this charade.”

Through it all for Collins, who plans yet another duo tour with Stills later this year, there remains the great joy and satisfaction of performing a wide range of songs for a devoted audience.

“I’ve really covered the waterfront. Perhaps ‘folk singer’ is a title that refers generally to my politics and my social activism as much to my music,” she suggested, adding that Grand Rapids fans can expect to hear “some of the classics” and more at Thursday’s show.

“It’s the real thing. It’s real. There’s nothing that compares with a live performance. I’ve made dozens and dozens of records and had an incredibly successful career. It’s been very good to me because I have a history that has a lot of highlights in it. But the best experience is the live experience.”

Collins’ appearance at 7:30 p.m. Thursday is part of St. Cecilia’s Acoustic Cafe Folk Series. Next up in that series: Bela Fleck & Abigail Washburn on Feb. 23.