The co-headlining pair of touring artists teamed up at Meijer Gardens on Wednesday for crowd-pleasing sets. The review and photos at Local Spins. 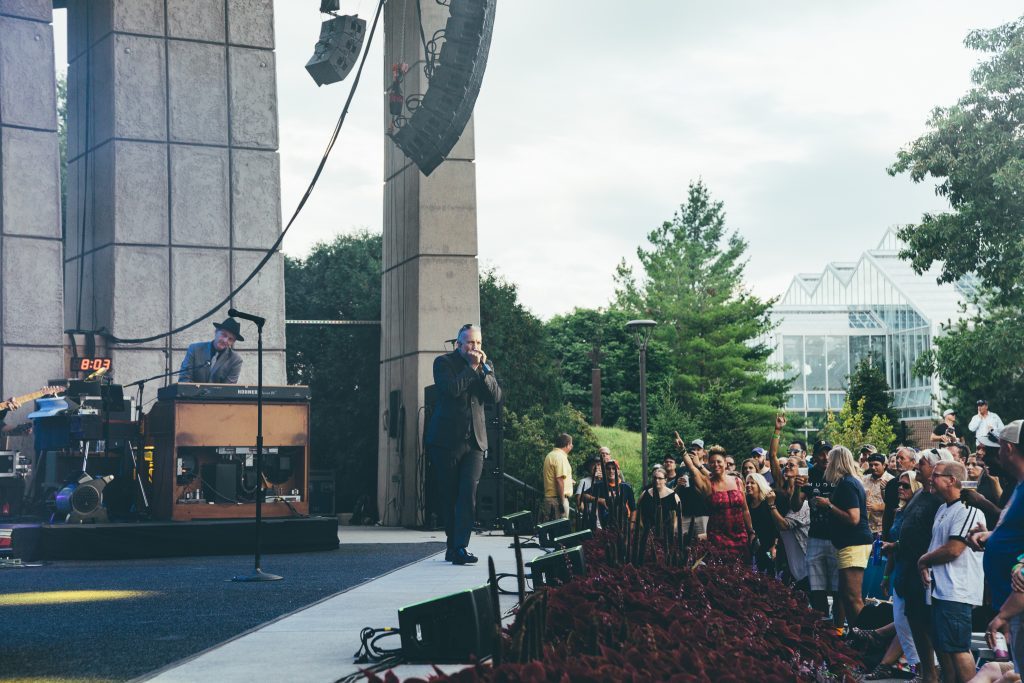 Halfway through Jonny Lang’s set on Wednesday, the first of a true co-headlining bash with JJ Grey & Mofro, the singer and guitarist couldn’t help but reflect on why Frederik Meijer Gardens & Sculpture Park has become such a coveted venue to play.

Couldn’t have said it better myself.

Lang began it all in a way befitting a blues guitar slinger, that is, with little fanfare. The crowd didn’t need a light show or an over-dramatic opening track to know he had arrived. 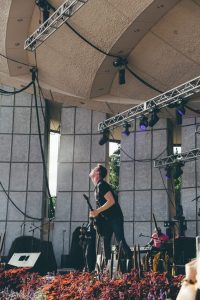 Kicking off with the rocker, “Don’t Stop (For Anything),” Lang wasted no time proving that he doesn’t need a fancy stage setup or effects for his show: He just needs a guitar and his backing band, with which he’s mounted a 20-year career that began before he could legally drive.

Speaking of longevity, right beside his bottomless well of scorching guitar riffs, was the state of his voice. The voice that was far beyond his years at the time of his debut album is still just as gripping and emotional as it was when he started.

Rousing rock ‘n’ roll songs peppered the set (like “Snakes” off his latest album, “Signs”), but Lang also dialed things down, too. The smoldering “A Quitter Never Wins” and delightfully jazzy “Rack ‘Em Up” featured solos from all of the band members (although a few extended tracks probably could have been cut by a couple of minutes).

As his 90-minute set drew to a close, every song Lang played had the crowd of about 1,800 (just short of a sellout) up and dancing. Could the next band on the bill keep up that energy? JJ Grey & Mofro were about to prove they could, and then some.

FETCHING TALES AND A BEAUTIFUL MOMENT

Dressed all in black except for keyboardist Eric Brigmond and the titular JJ Grey in, well, gray, the band took the stage to the sound of JJ Grey’s harmonica screaming through the still night air. And it didn’t stop screaming until the entire crowd was on its feet and the drums kicked in for the raucous, old-timey “How Junior Got His Head Put in.”

The stage setup shined a light on trumpeters Marcus Parsley and Dennis Marion, who stood center back where one would normally expect the drums to be, and centered the show with a synchronized easy groove. JJ Grey could also slow things down, dedicating the heartfelt fan favorite, “Lochloosa,” “from my hometown to yours.” 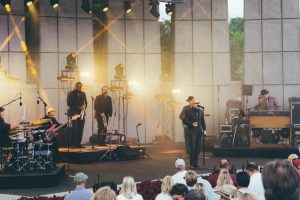 Also backed up by bassist Todd Smallie, drummer Craig Barnett and guitarist Pete Winders, singer and harp player JJ Grey commanded the crowd with all the ease of someone who’s only been doing this all of his life. Employing a combination of backing band mood music, movement and his homegrown way of talkin’, he invoked, among other stories, a tale of the Funk Matinee down the street from his grandfather’s trailer park that taught his youthful self about music.

“All questions do is lead to more questions,” JJ Grey mused to the fans who remained as the last light of the sun finally faded. “The world is a beautiful place, you just have to get out and live it.” 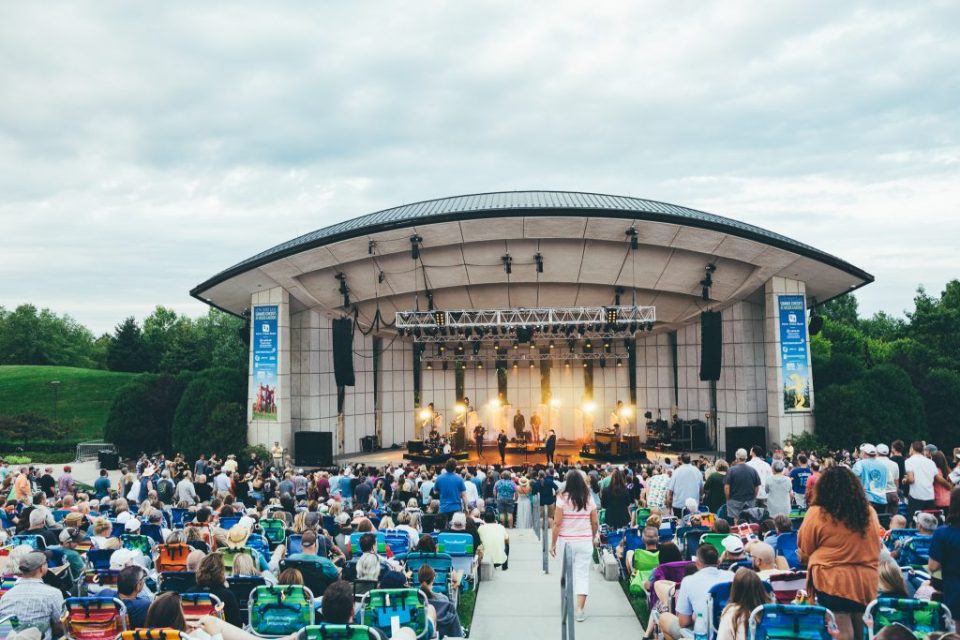 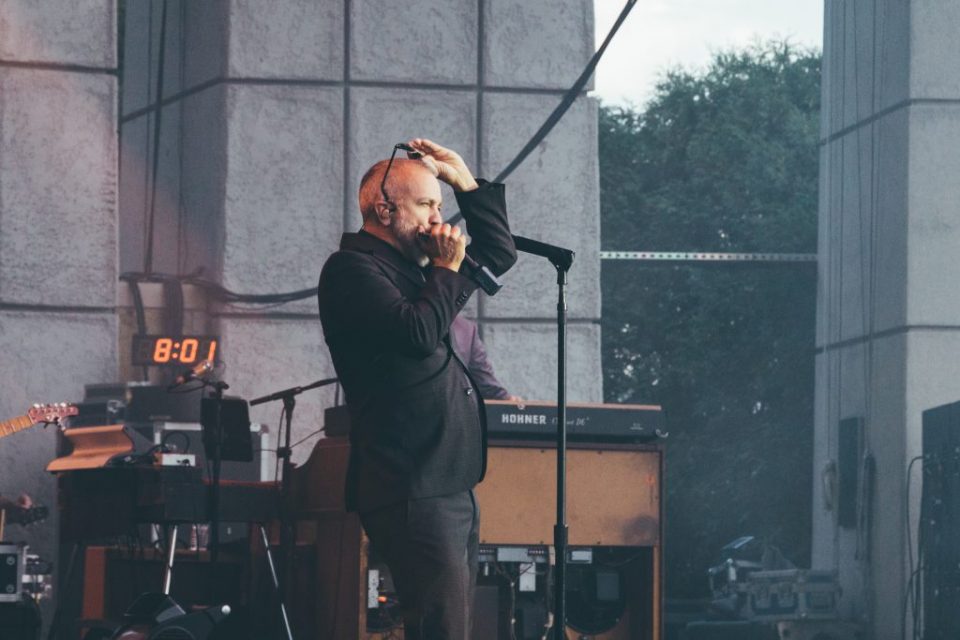 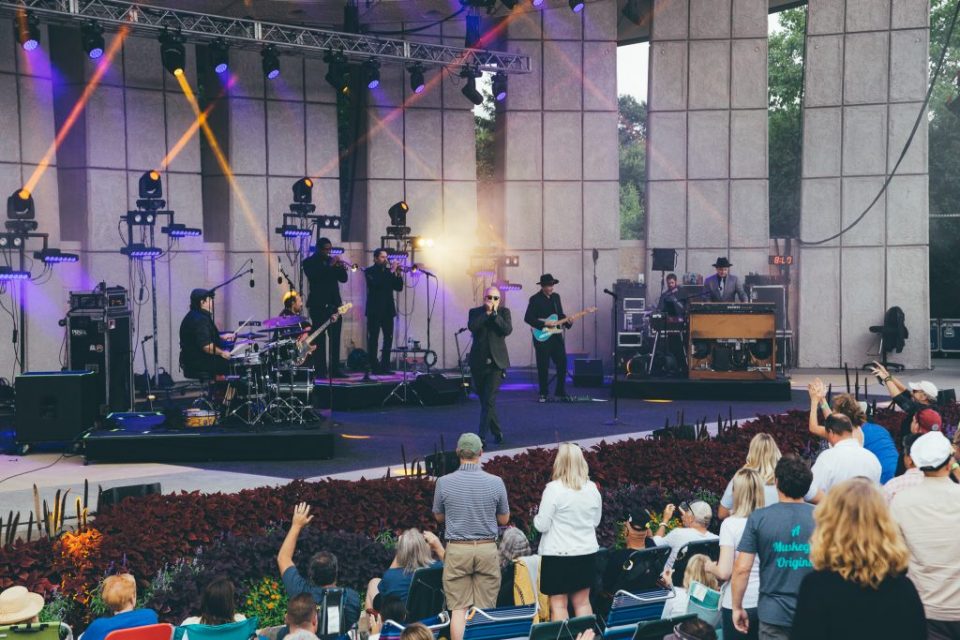 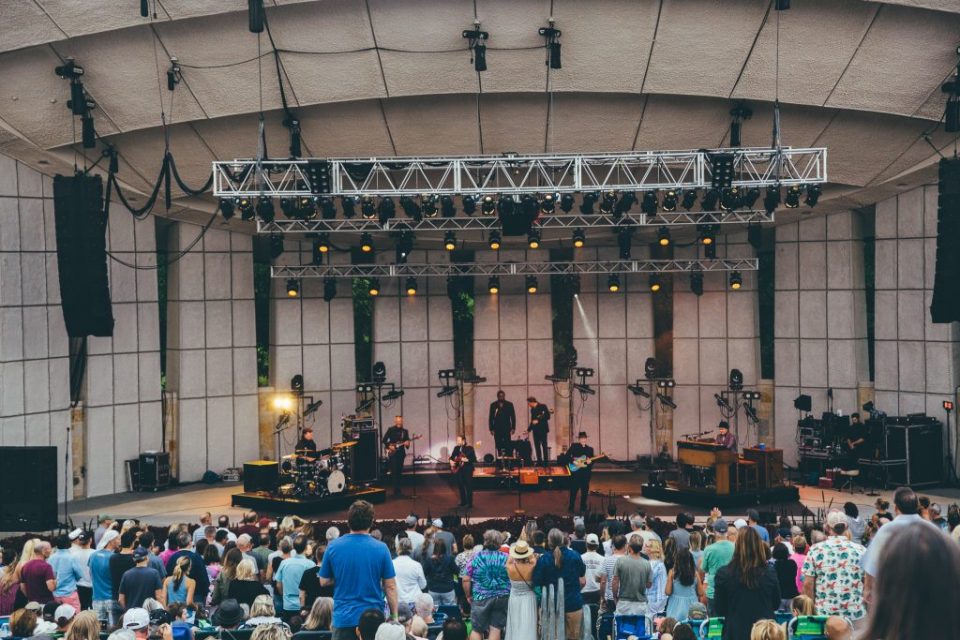 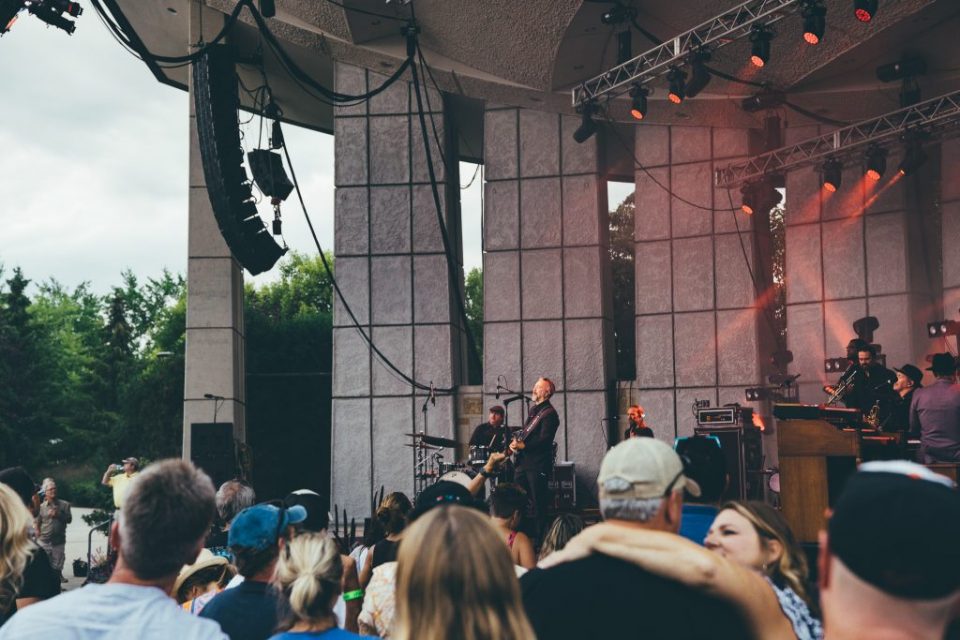 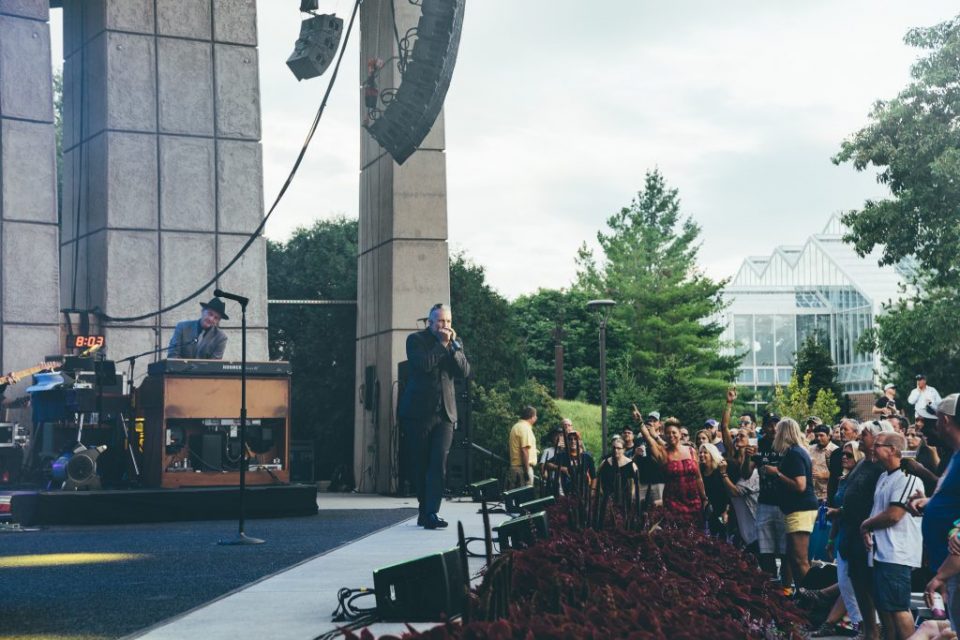 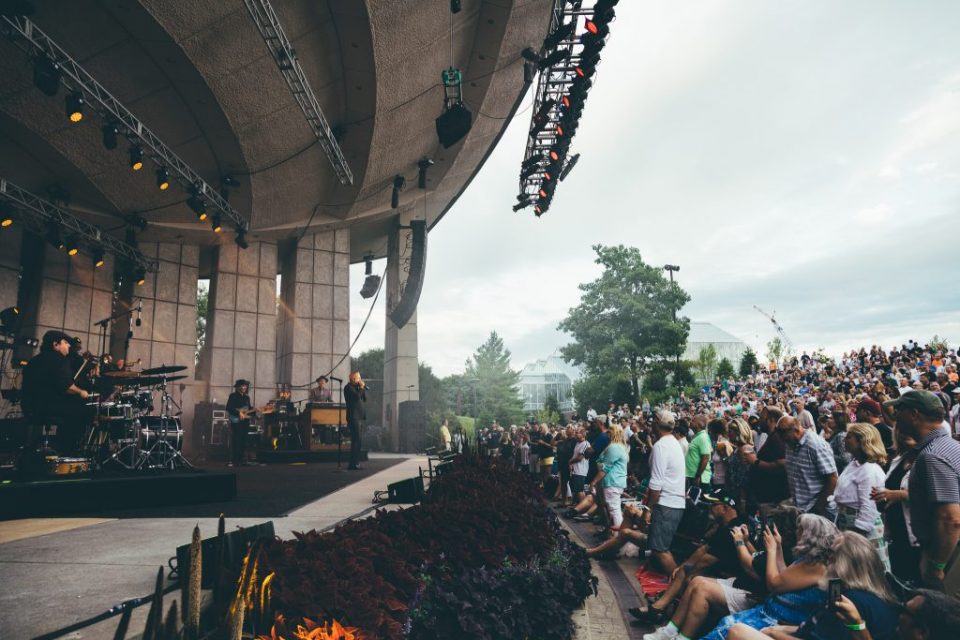 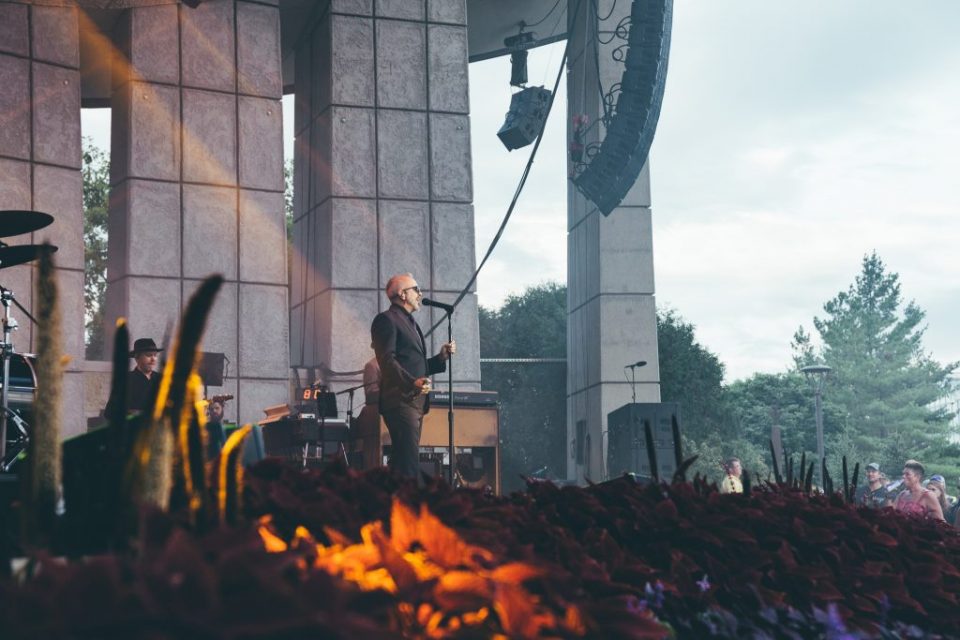 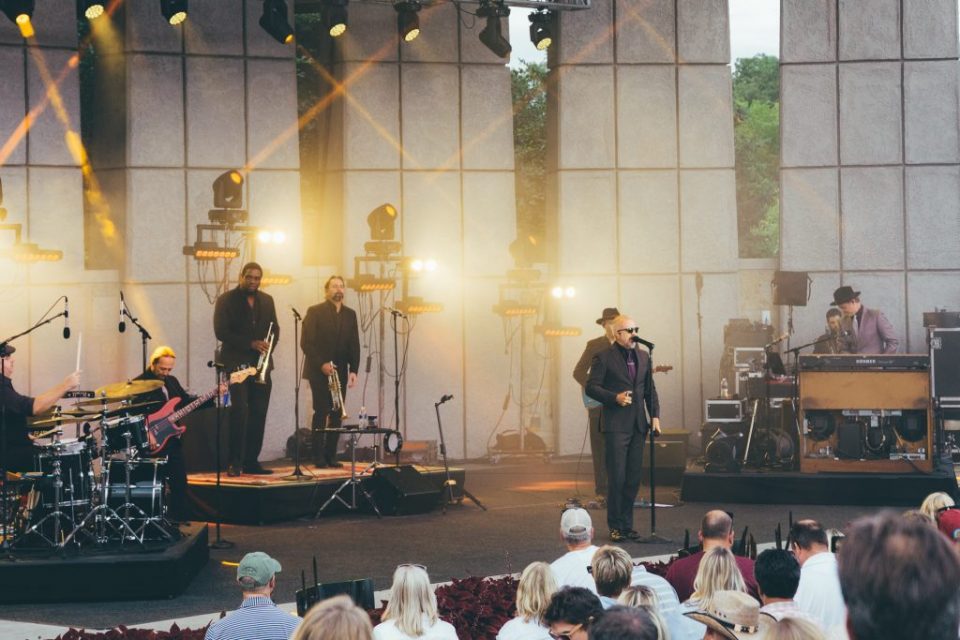 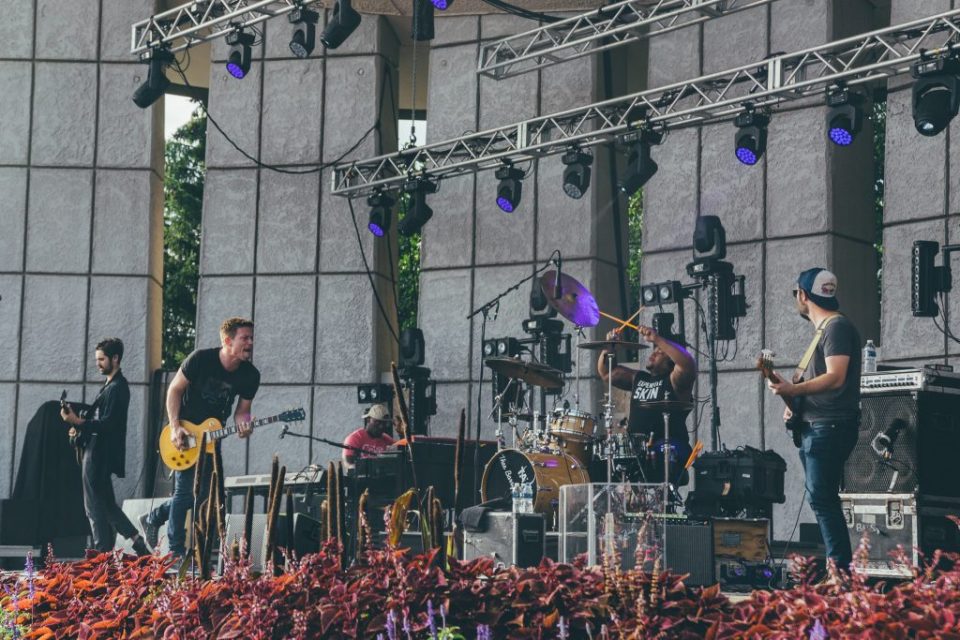 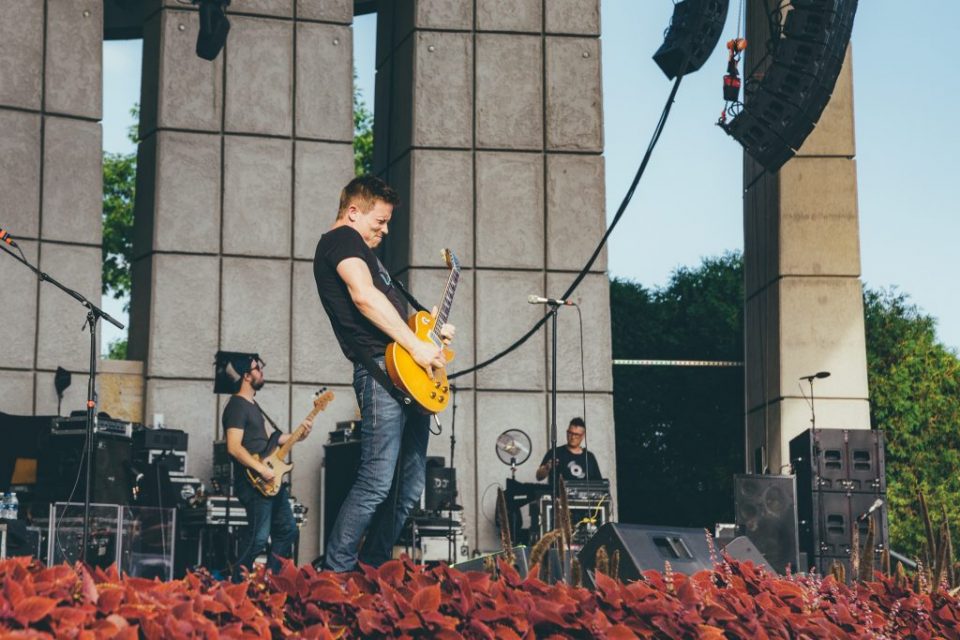 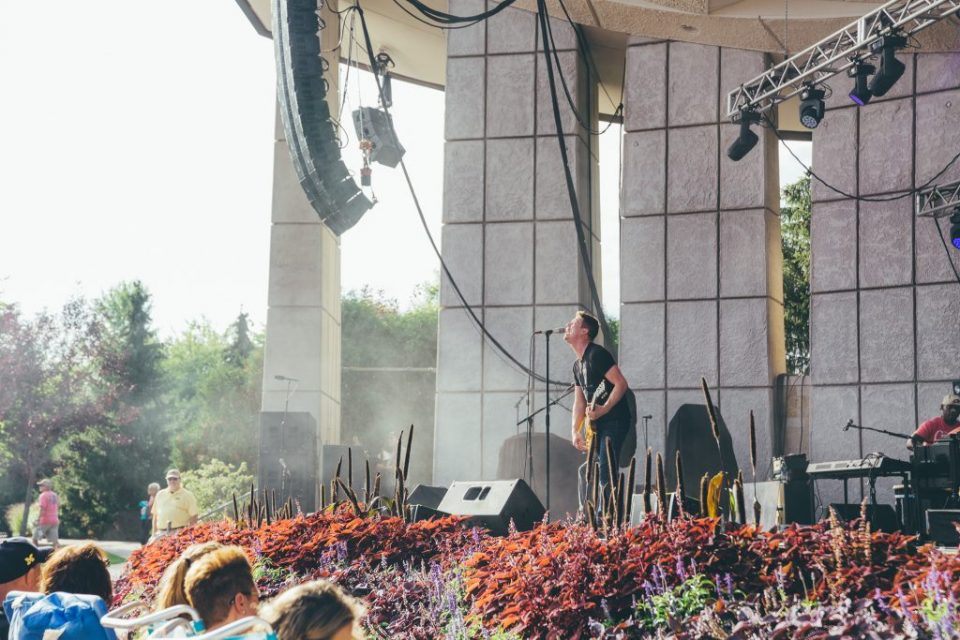 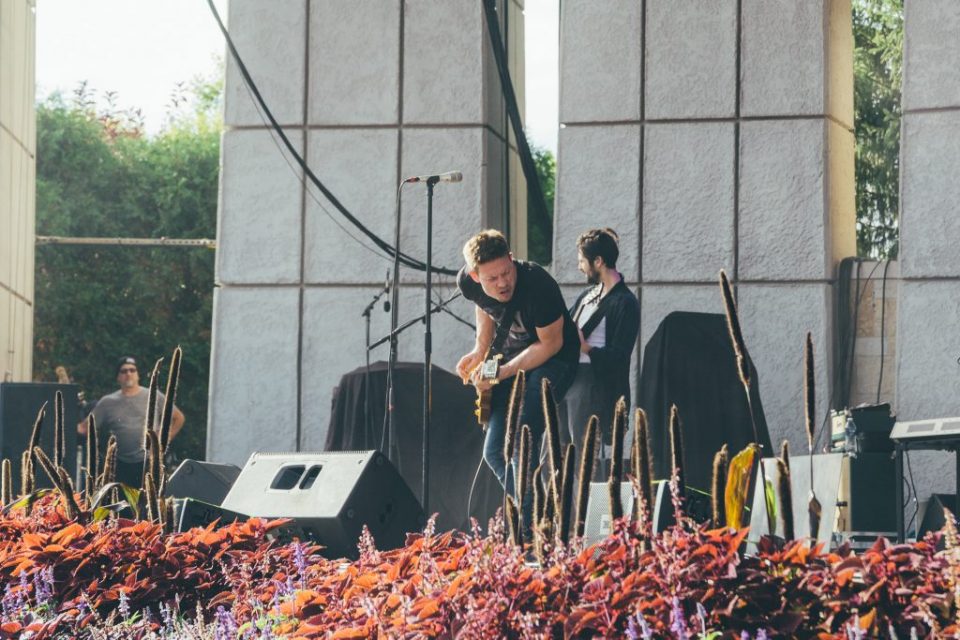 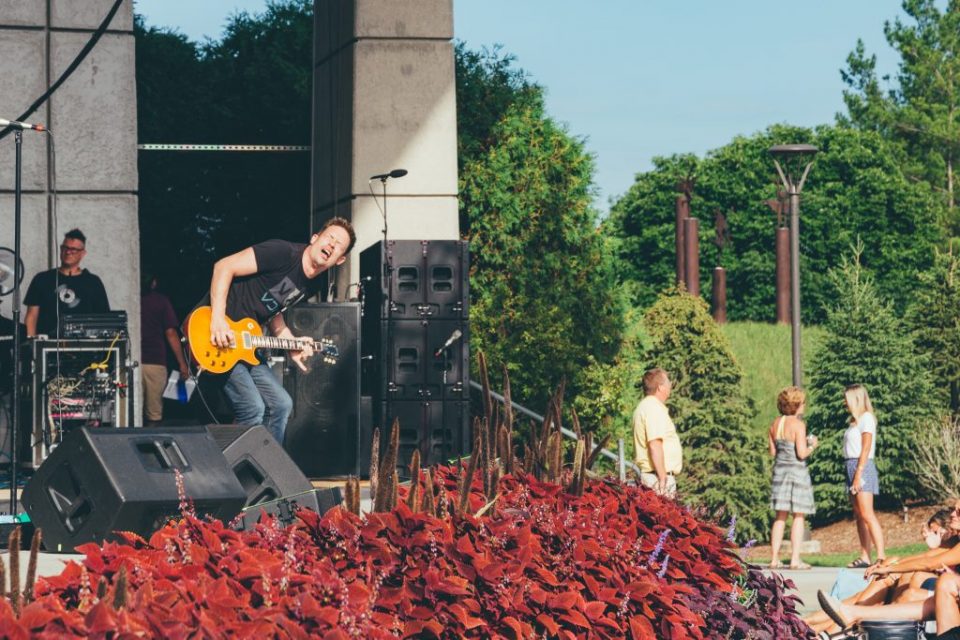