After a decade at Grand Rapids’ Wealthy Theatre, this year’s festival will take place Saturday at The Orbit Room, with Papa Vegas headlining a five-band bill that also includes Lipstick Jodi and The JetBeats. 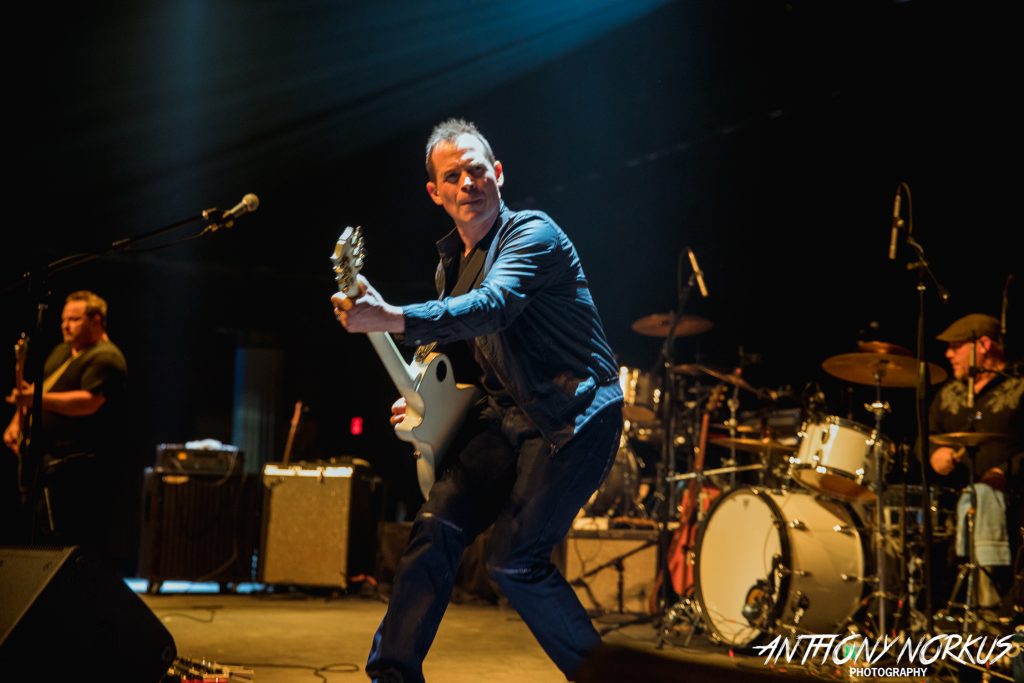 It’s saying a lot when after 13 years, the organizer of a popular regional music festival and benefit figures he and his cohorts have assembled the best showcase yet. 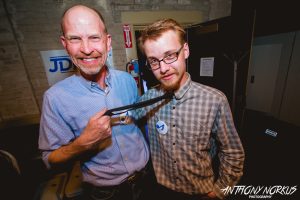 And with Jake’s Music Festival moving this year to The Orbit Room following 10 straight years at Wealthy Theatre, Saturday’s event shape up as a milestone fundraiser for the Juvenile Diabetes Research Foundation.

“I’m really excited by the fact that the bands, bars, silent auction and photo booth will all be in the same room,” said Tom Scheidel. “This should add to the festival feel of the event. Plus, the lineup we have this year is incredible.

Indeed, with Papa Vegas and PotatoeBabies topping the bill for the 2017 edition of Jake’s Music Fest — and popular West Michigan acts such as The JetBeats, The Autumnatic and Lipstick Jodi also on the bill, organizers have high hopes for the relocated event.

Following a decade at Wealthy Theatre, and with tens of thousands of dollars raised for the cause, Scheidel noted that staging the concert and auction in the intimate confines of the smaller theater had become increasingly difficult as attendance grew. 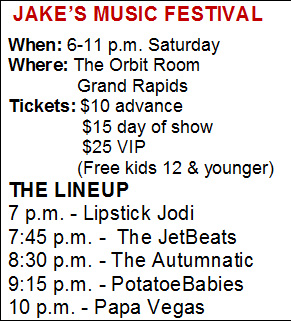 “We love Wealthy Theatre,” he said. “It was great being there, but being out at The Orbit Room with more space and having all that free parking will make it better for patrons and help draw more people.”

The benefit is named for Scheidel’s son, Jake, who was diagnosed with Type 1 diabetes at age 6. He now serves as the festival’s lead emcee.

Rev Charles Preston Smith, frontman for Grand Rapids’ PotatoeBabies has an exceptionally busy day on Saturday, but wouldn’t think of missing Jake’s Music Festival. As owner of Dodds Record Shop and Rev Charles’ Museum of Music & Memorabilia on Bridge Street, he’ll start the day by hosting a parade and other Record Store Day festivities as his store before packing up and rushing down to the Orbit Room.

“It’s always been a priority to attend and an honor to be a part of it,” he said. “It makes a serious difference when you know every penny is going to the cause.” 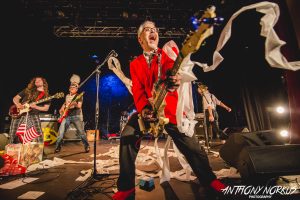 Smith said he’s also excited to bring PotatoeBabies’ unique, theatrical “mayhem” to The Orbit Room, a venue he hasn’t played since his “metal days” 30 years ago.

In addition to performances, local businesses have donated items and services for a silent auction, with folks bidding on everything from computer repair to arts and crafts.

Tickets are $10 in advance and $15 at the door, and can be purchased online at orbitroom.com, with 100 percent of the proceeds donated to the local Juvenile Diabetes Research Foundation chapter.

VIP tickets also are available for $25 and include a free beverage, a “swag bag” and reserved seating on The Orbit Room’s upper level. Doors open at 6 p.m., with music starting at 7 p.m. Children 12 and younger are free.

Check out Local Spins coverage of the 2016 Jake’s Music Festival.