Southern Indiana alt-country rockers Houndmouth, on the verge of releasing their third studio effort, brought a mix of new and “somewhat older” songs to Kalamazoo this week. Review, photos. 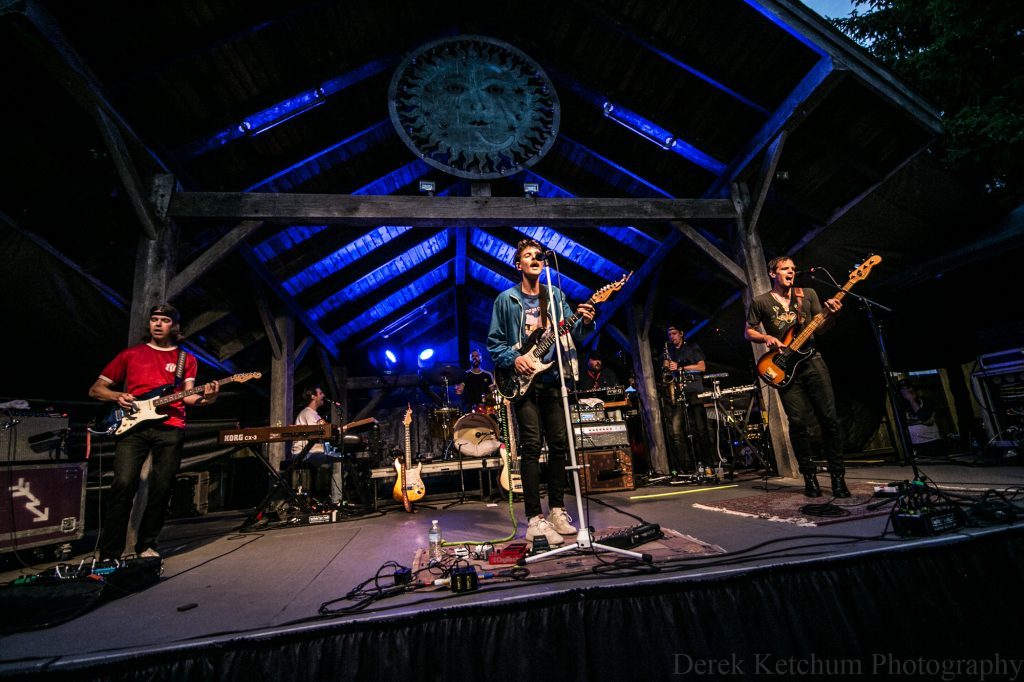 Houndmouth called it “an unexpected Tuesday” and for those in attendance at Kalamazoo’s Bell’s Brewery — a little more than half a Beer Garden full — it will likely be a memorable one.

After opening up with a pair of songs, “Krampus” and “Come on, Illinois,” off the band’s 2013 debut album, “From the Hills Below the City,” the southern Indiana alt-country rockers launched into “Waiting for the Night,” the first of seven soon-to-be-released songs from their upcoming third studio effort. 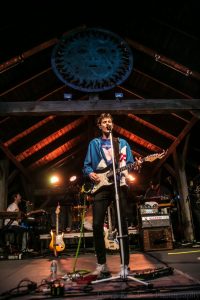 “Golden Age,” set for an Aug. 3 release, will be the band’s first album without founding keyboardist/vocalist Katie Toupin, who left to pursue a solo career in 2016. Since her departure, fellow founding members and vocalists Matt Meyers (guitar), Zak Appleby (bass) and Shane Cody (drums) — while posturing as a trio — have been busy touring with saxophone-playing percussionists Graeme Gardiner and Drew Miller, keyboard player Caleb Hickman and recently added a second guitarist, Aaron Craker.

The additional musicians have no doubt given Houndmouth a different, bigger and more well-rounded sound since they last visited Bell’s and played the back room in 2015. And while Tourin’s keys and vocals were undoubtedly missed by those in the know, specifically those who haven’t seen the band in the past couple years, the group still managed to deliver on all levels and then some.

Meyers, who handles the bulk of the vocal duties these days, proved time and time again that in addition to his voice being enough to carry a band on its own, there is ample space for multiple wide-ranging guitar solos within the framework of a lyrically driven, three- to five-minute tune.

The show, also highlighted by Appleby cuts “15 Years” and “Hey Rose,” as well as the harmonically superb “Honey Slider,” provided something for lovers and loners alike as the band’s introspective lyrics wove their way through rockers, modern dance pop tracks and delicately delivered sing-a-longs.

STAGE BANTER AND A CROWD-PLEASING OPENER

No show would be complete though without a bit of banter to help connect the band with its audience, and Cody didn’t have to dig too deep for that as he talked about his mother having lived in Kalamazoo a few years back and then quickly shut down a heckler who jokingly asked if she was at the show. “No, my mom’s not here. Back off,” the drummer rebuffed. 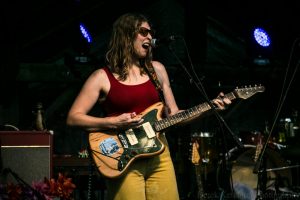 The band, which also talked about spending the day off on Monday playing basketball at Kalamazoo’s Upjohn Park, went heavy on “Little Neon Limelight” songs late, as five of their final six songs were off their 2015 sophomore release.

Following “Black Gold” and what appeared to be a set-closing “Sedona,” Meyers remained on the stage for a solo acoustic performance of “For No One” accompanied only by Miller’s saxophone. The band then returned, joining Meyers for a triple “non-encore” of “Darlin’,” the new and poignant “World Leader” and the anthemic “My Cousin Greg.”

Opening the show was Nashville trio Liz Cooper & The Stampede, who kicked things off with a 45-minute, crowd-pleasing set full of back-bending guitar solos, drums, bass and banter. 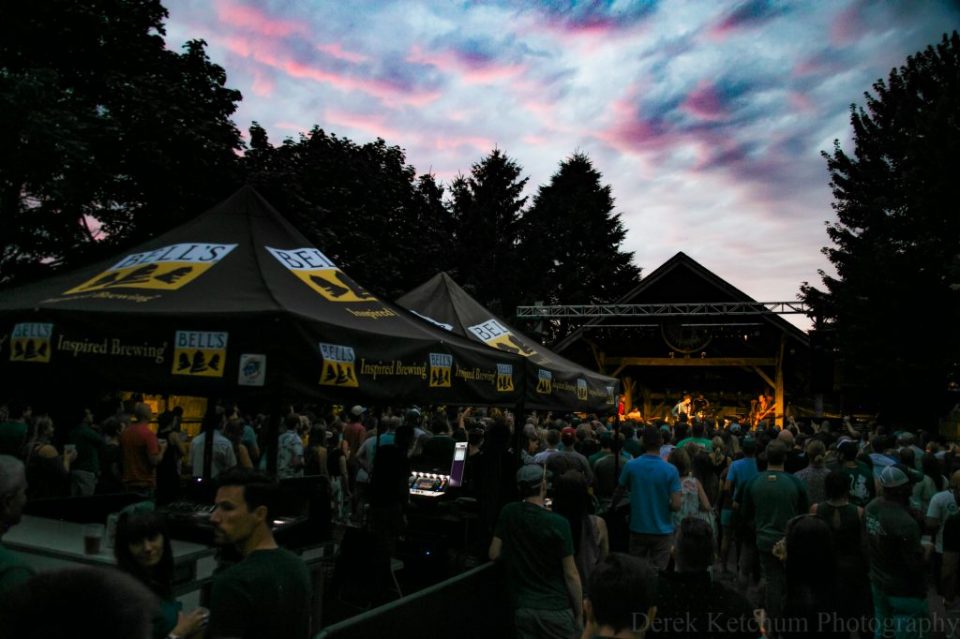 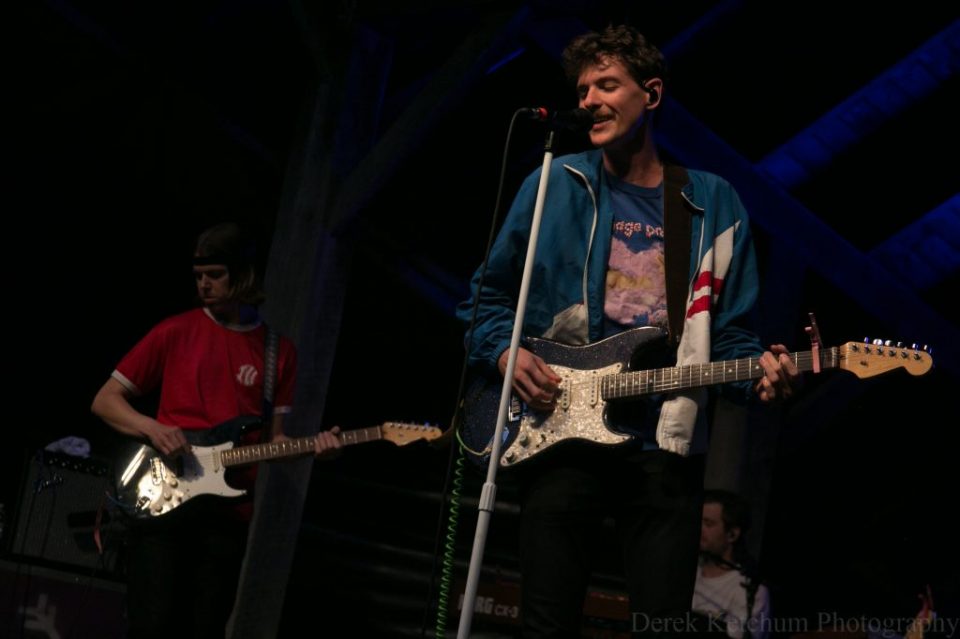 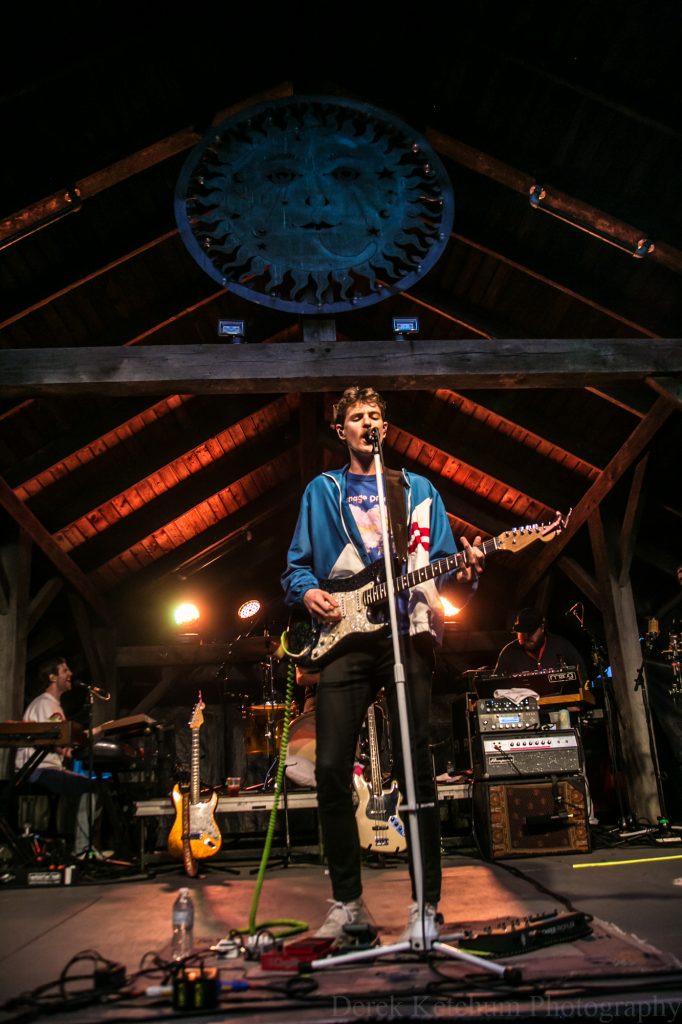 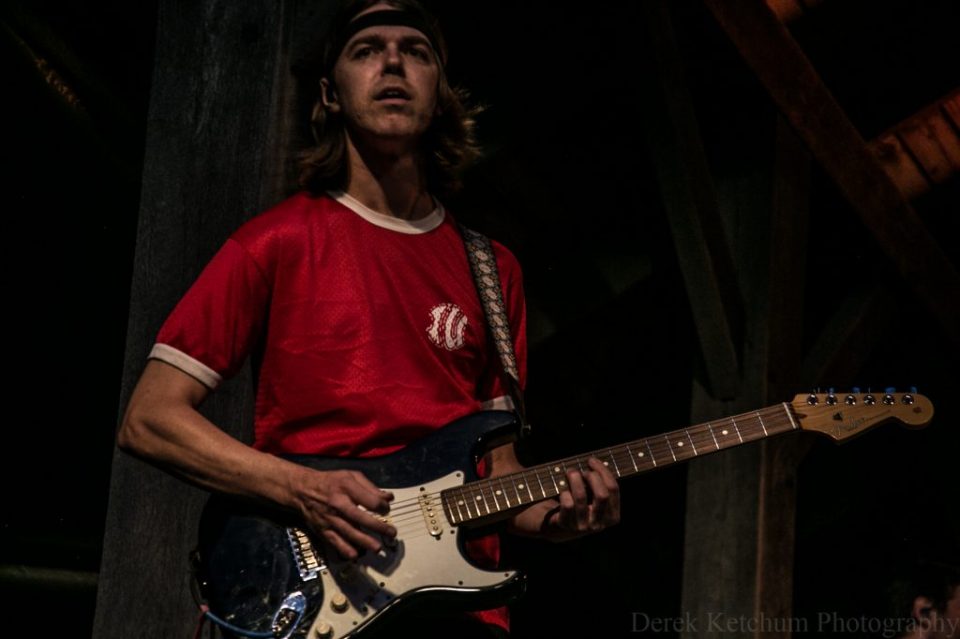 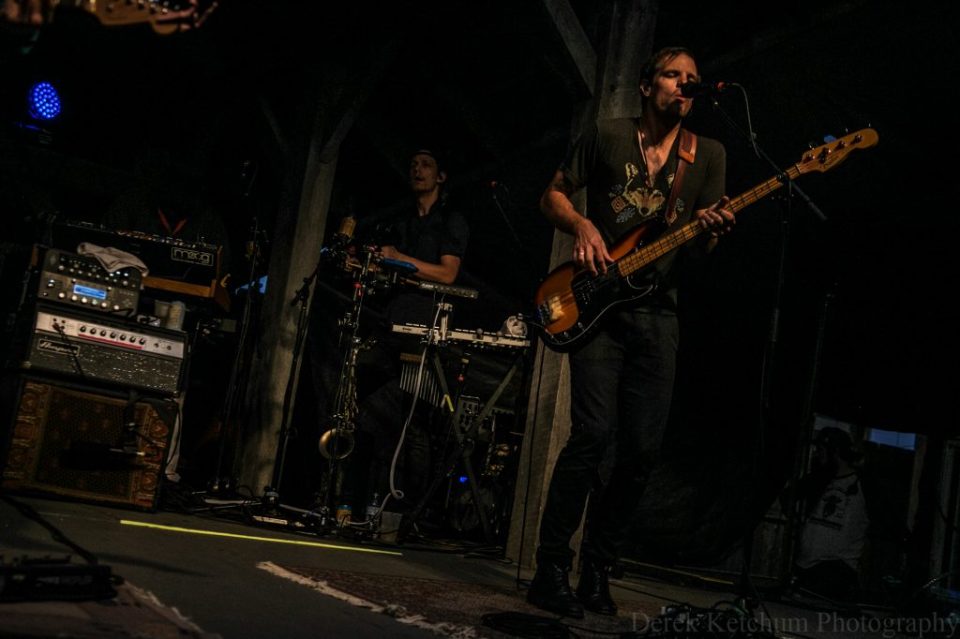 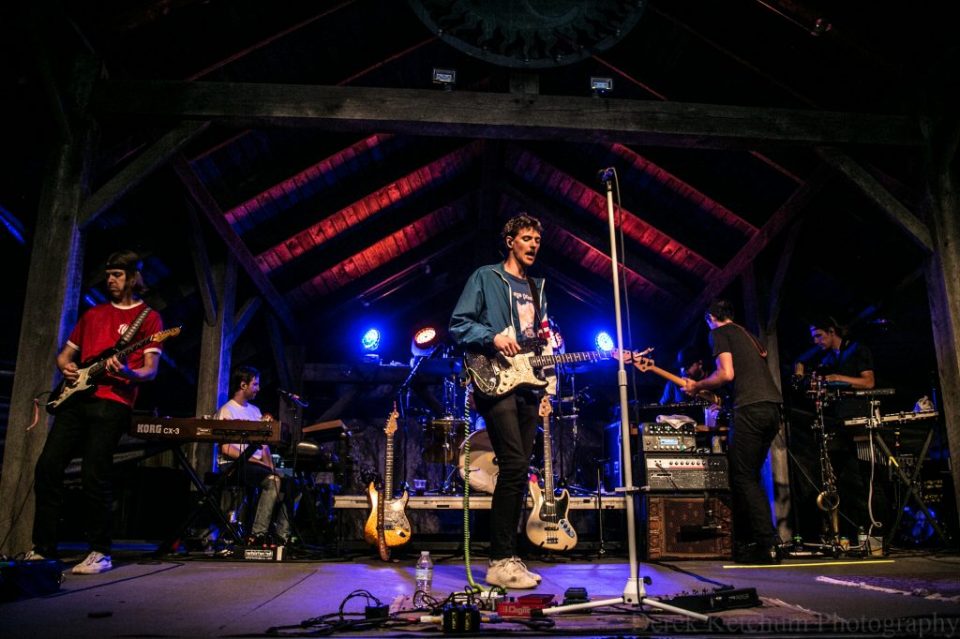 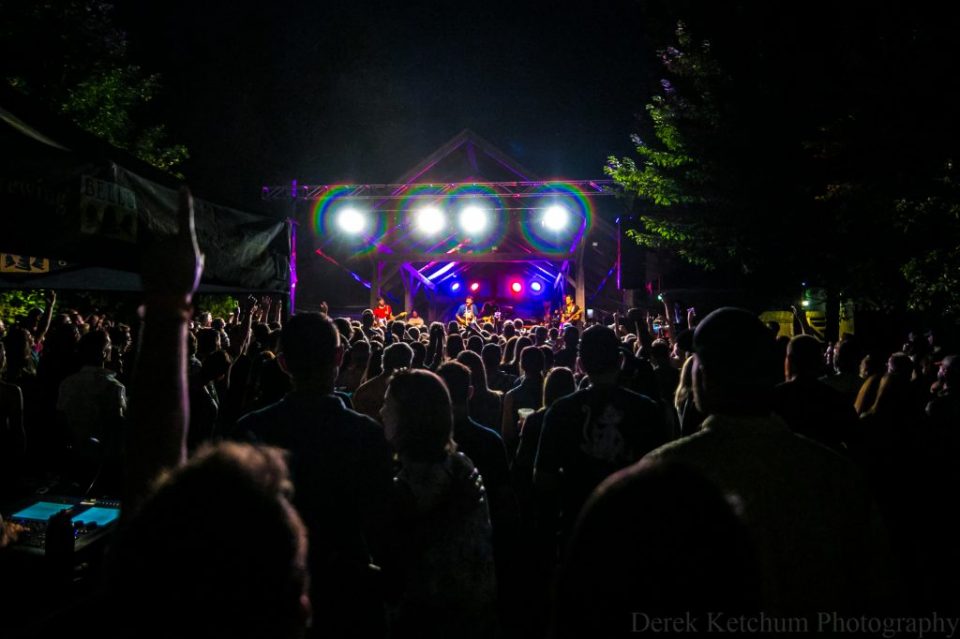 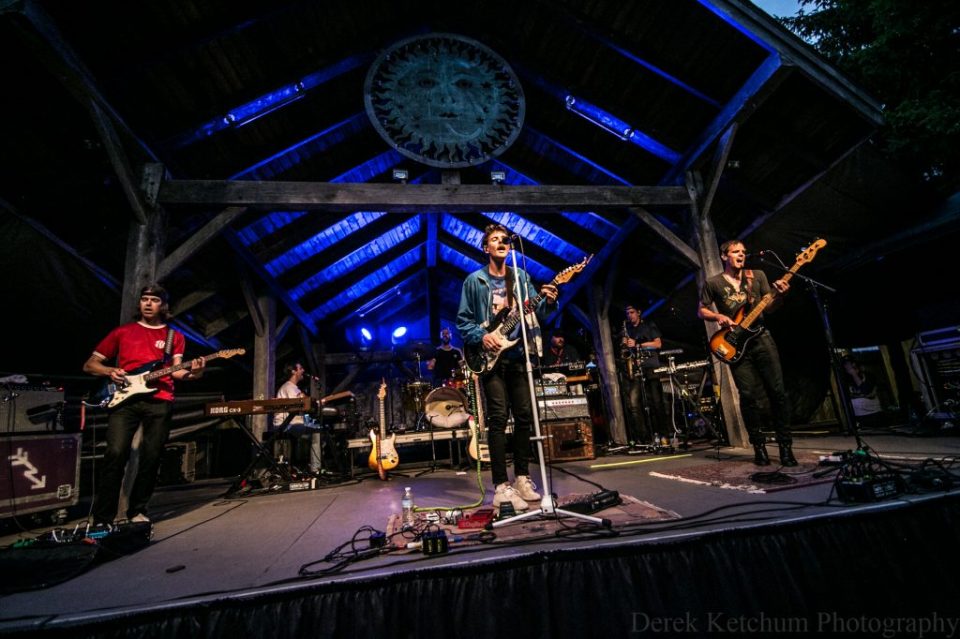 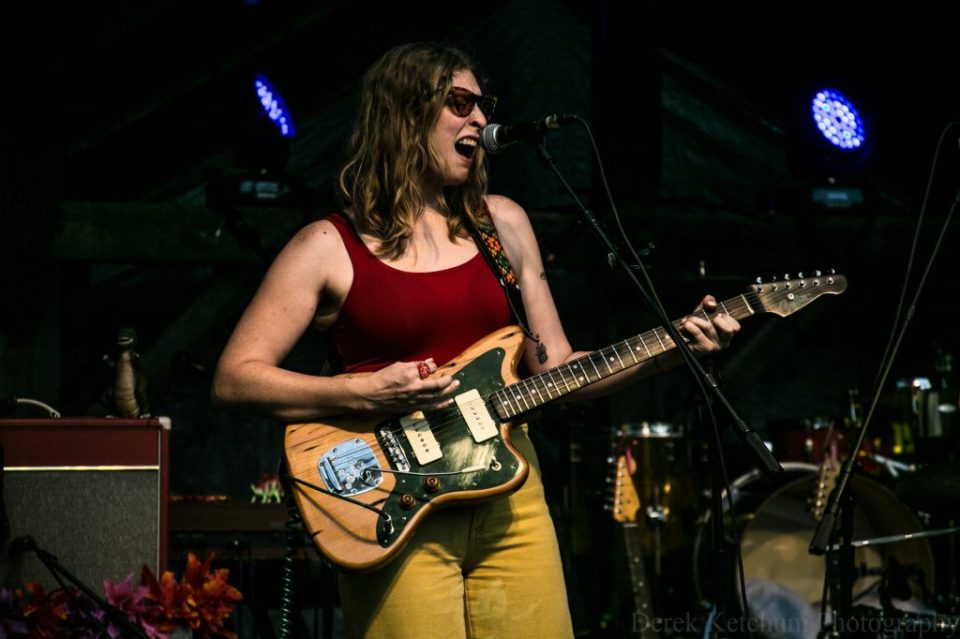 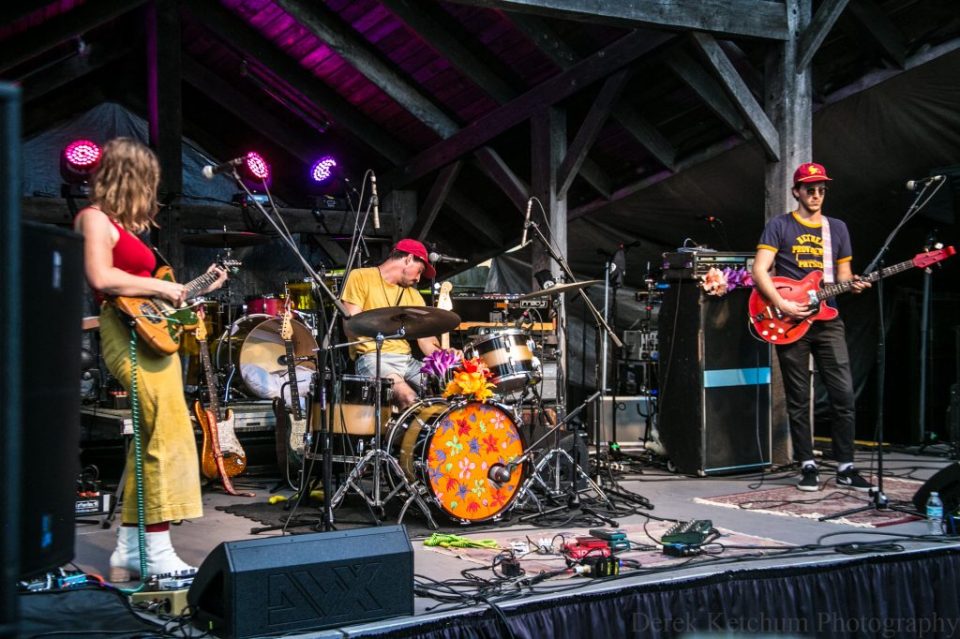 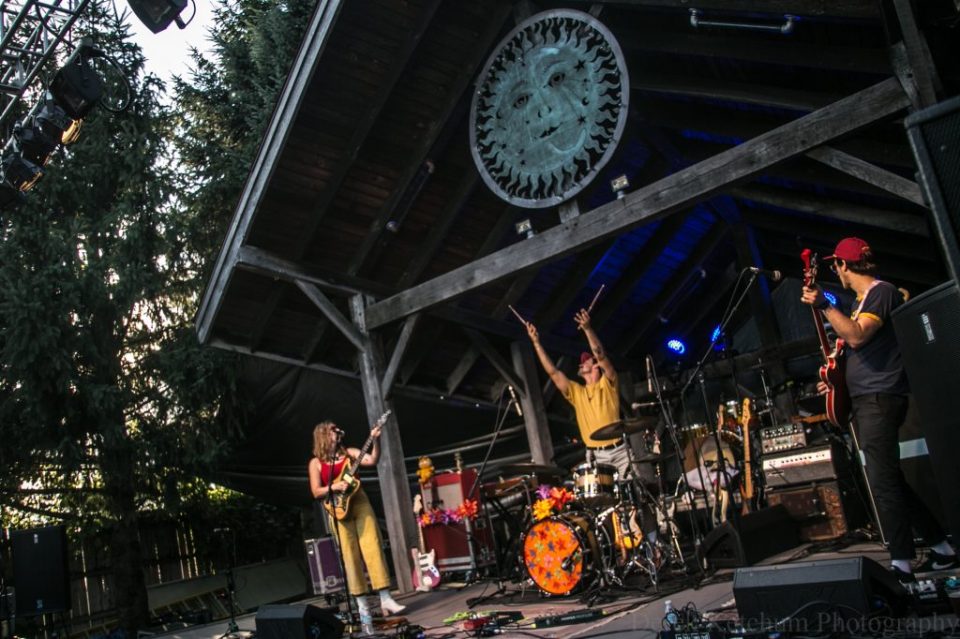 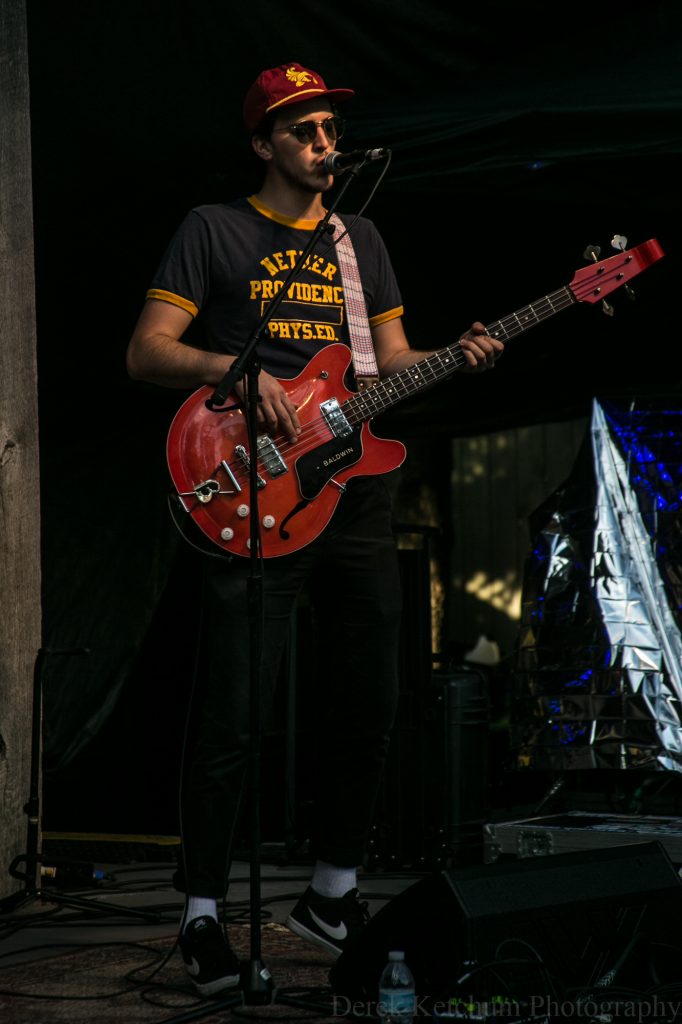 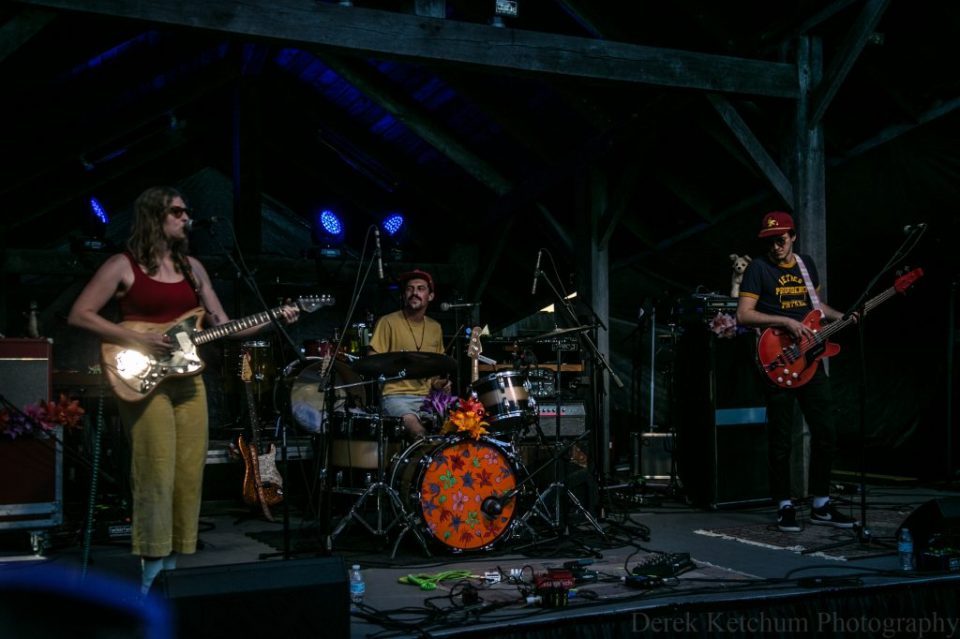 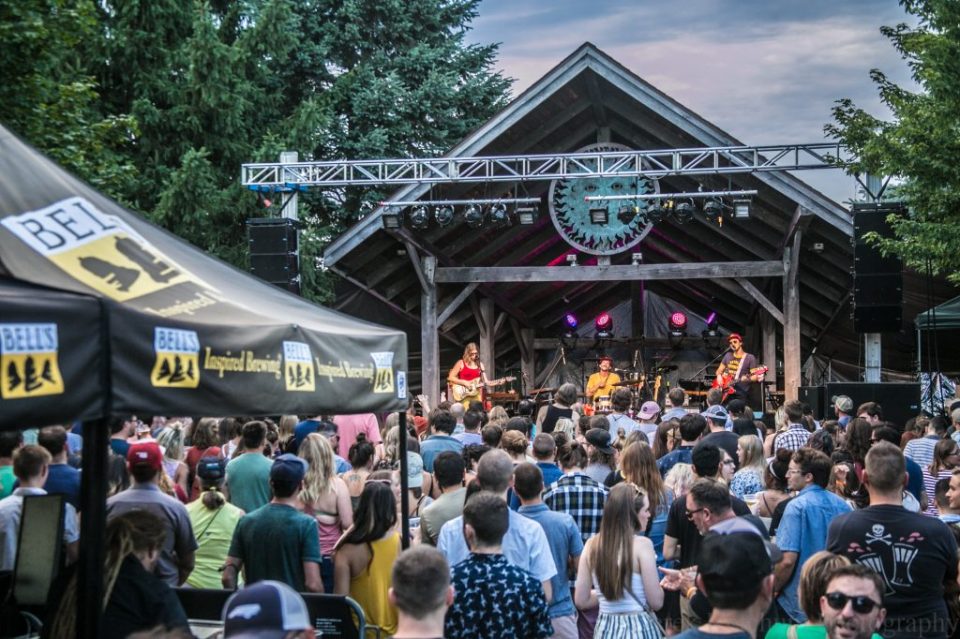 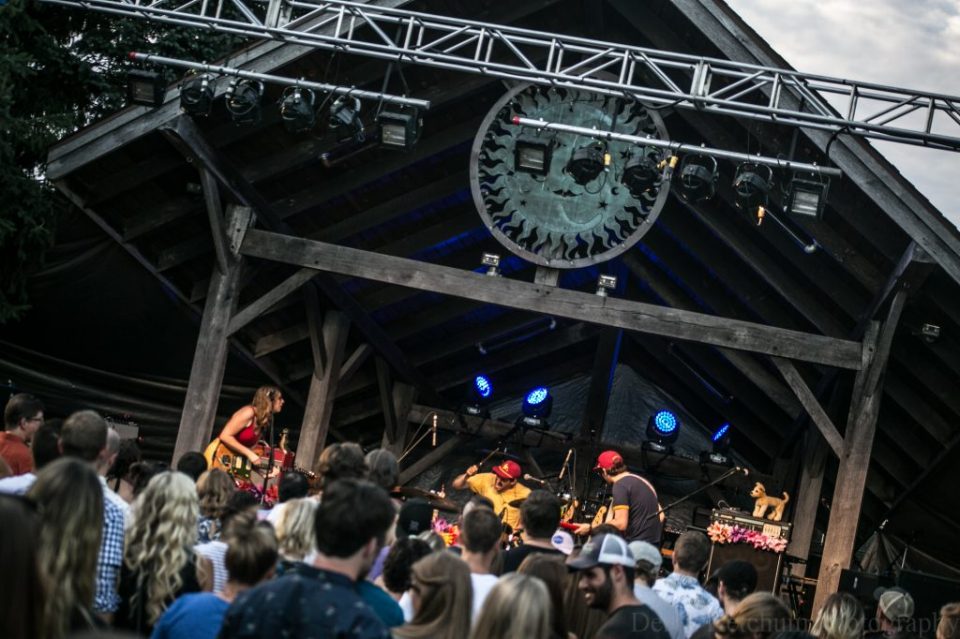 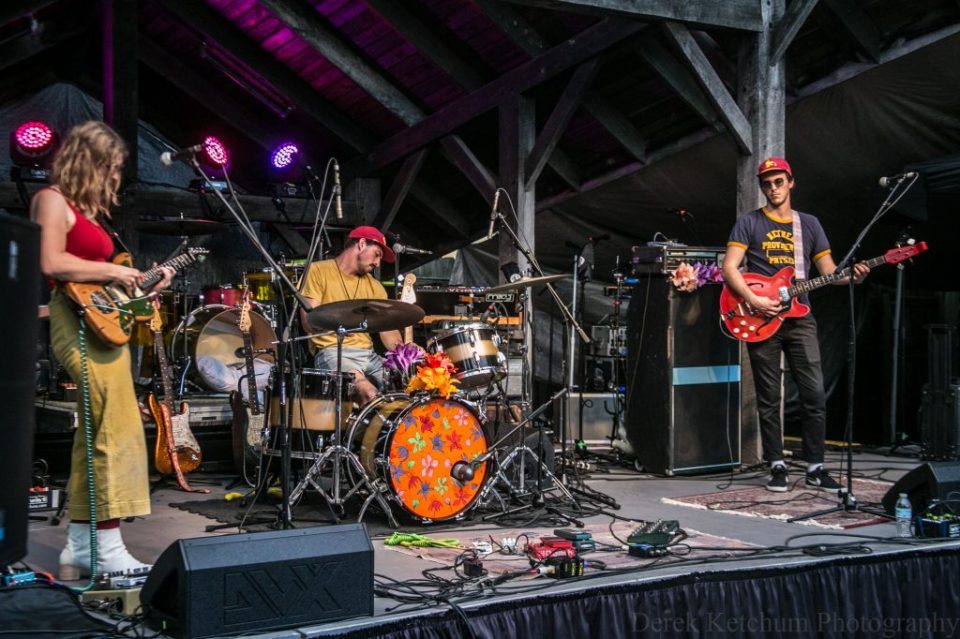 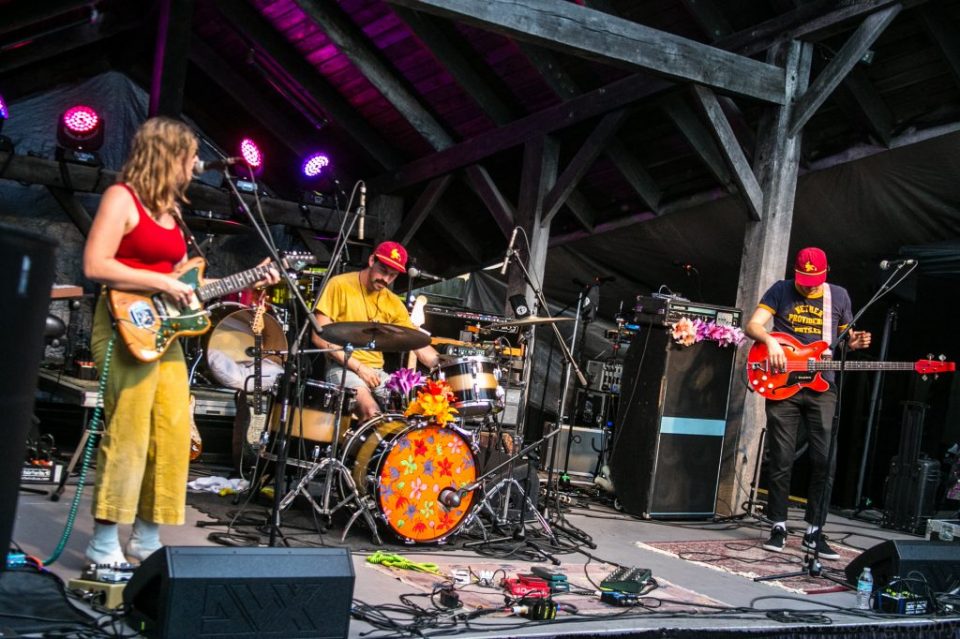 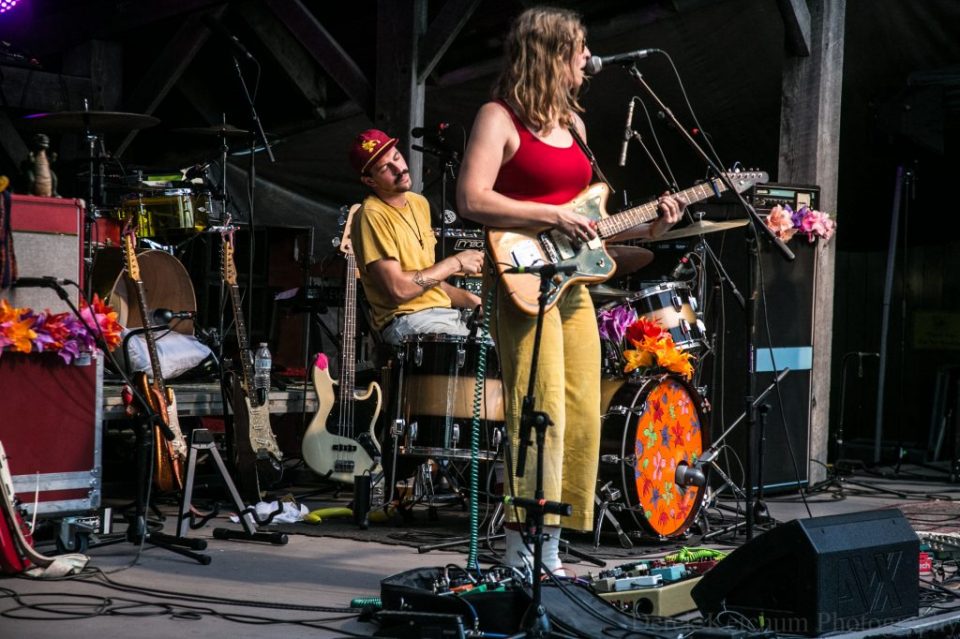