Relocating to West Michigan from Denver, the indie-soul duo has turned the pain of a losing a child into a healing experience through music, while aiding charities. Read more about this couple’s journey. 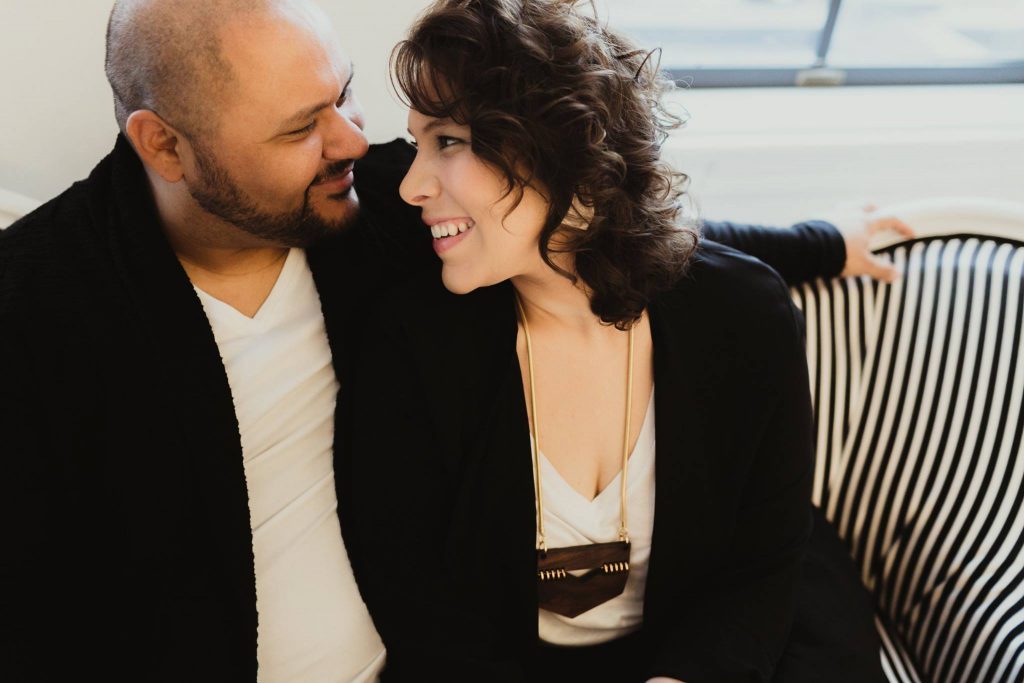 Indie-Soul with a ‘Positive Vibe’: Marcel and Janelle play an EP-release show Friday in Holland.

THE ARTIST: Marcel & Janelle
THE MUSIC: Spiritually infused indie-soul music with folk and pop textures
WHERE YOU CAN SEE THE BAND: 7:30 p.m. Friday at Park Theatre, 248 S. River Ave., Holland

Marcel and Janelle Arocha know the pain of losing a child as well as the healing power and joy that music can bring.

So, the Holland couple’s latest studio recording – the acoustic “Won’t Let You Fall” EP – combines all of these emotions for a positive, uplifting experience they’re eager to share with others. 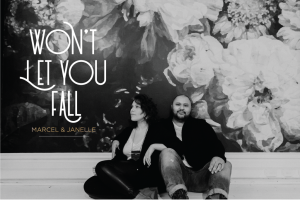 The duo, which recently relocated from Denver to West Michigan, debuts material from that indie-soul EP during a special album-release show Friday at Park Theatre.

“People can expect a genuine, heartfelt experience with a positive vibe, entertaining show and original tunes,” said Marcel Arocha, who was born and raised in Holland, and has performed regularly across the state and region.

“Artistically, our music is reminiscent of a handful of genres which is one of the reasons that the people who come to listen are as diverse as the music. Everywhere we play, we want to create a unique atmosphere that connects people with a unifying energy and leaves them with a sense of hope. Expect lots of originality, lots of rhythm, and lots of dancing.”

The pair has played and written music together since 2010, about the time they got married and formed the band Under the Sun. Both boast a background as church worship leaders and professional musicians, performing with internationally known Christian artists such as Hillsong Music and ResLife Worship. Janelle was born in Cleveland and raised in Denver amid a musical family.

‘WALKING A JOURNEY OF GRIEF,’ CREATING A ‘SENSE OF CONNECTION’ WITH FANS

Incorporating pop, Latin music, R&B and folk into their indie-soul songs, they recorded their first album, “Under the Sun,” at Grand Rapids’ Stonehouse Recording.

But the couple later experienced the tragic loss of two children. “In 2011, (Janelle) gave birth to our son, Caleb, pre-term, and the following year, we miscarried,” Marcel Arocha said. “Walking this journey of grief, we decided we wanted to honor the memory of our children and live our life with intention in adventure.” 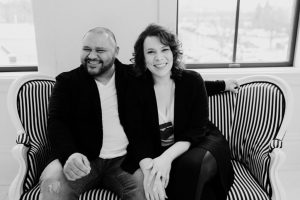 So, they changed the band name to Marcel & Janelle and moved to Denver in 2014 to be closer to Janelle’s family “and to experience a different music scene outside of the Midwest,” he said. “It was a freeing and healing time for us personally and creatively, and our relationship and music has grown so much over the past few years there.”

They recently returned to West Michigan with their one-year-old daughter, Lulu.

“We love West Michigan and are very involved with many people, business owners and non-profits here,” said Marcel Arocha. “Plus, we have family in Holland, so last year we decided to move back in order to be closer to our Michigan family and community network.”

They also plan to release a full-length album later this year, with “the honor” of having renowned bassist Victor Wooten’s drummer, Derico Watson, a Muskegon native, track drums for the project at his studio in Nashville. The duo, he said, “will be working with more industry friends from all over the world to complete” the album. They also continue to offer concerts to congregations “to create a powerful experience” at churches. 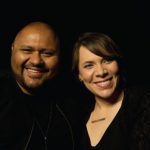 “We love the sense of connection that music can bring and how it can immediately change the atmosphere,” Marcel Arocha said. “There’s an amazing feeling when people know your songs and sing them with you at your shows. It’s amazing that we get to partake in a beautiful craft that lives on beyond us.”

Friday’s Park Theatre concert begins at 7:30 p.m. Tickets are $5 in advance; $10 at the door, with 20 percent of proceeds from sales of the “Won’t Let You Fall” EP donated to organizations “dedicated to helping families in practical ways who are grieving the loss of a child.”

Organizations benefiting from the proceeds will include Now I Lay Me Down to Sleep, The Color Blue and Hope, and Our Children’s Blessings. Get details and tickets online at parktheatreholland.org.

LISTEN TO “WON’T LET YOU FALL” ON SPOTIFY