In a Local Spins interview, the modern-day rock stars talk about life on the road, their classic influences and a year of sold-out shows across the country. They play the Intersection on Saturday. (Story, videos) 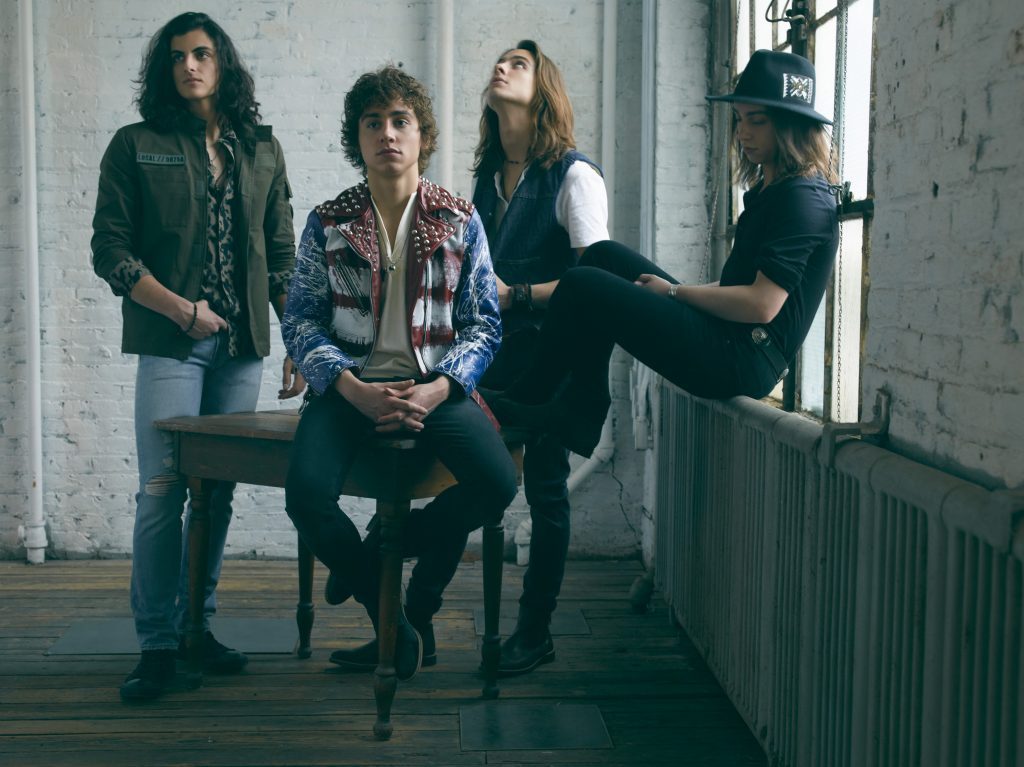 Banner Year: Greta Van Fleet wraps up 2017 with another sold-out show at The Intersection in Grand Rapids. (Photo/Michael Lavine)

It’s a frigid afternoon in mid-December and winter has comfortably settled in across Michigan – the kind of weather that transforms the small town of Frankenmuth into a winter wonderland of dazzling lights and frosted rooftops. 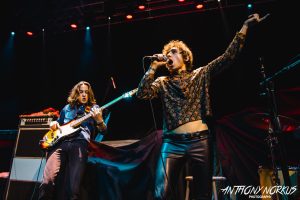 The Bavarian-inspired village oozes a picturesque story-book charm. So it’s a striking juxtaposition that Greta Van Fleet, the hard-touring, rip-roaring, retro rock ’n’ roll phenomenon that sold out every one of its headlining shows in 2017 hails from the same place.

Two weeks before their December 30th show at The Intersection in Grand Rapids, the Michigan rockers find themselves 800 miles away from home at the end of an extensive U.S. tour, battling sickness and sinus infections that have forced a handful of show cancellations.

But when bassist Sam Kiszka calls from Lawrence, Kanasas, before a show at The Granada Theater, his tone is bright and energetic; he’s downright beaming as he ruminates about the band’s incredible journey over the past year.

“I think we’re very well built for this job. We’re not really picky about where we sleep, we love the traveling. I think it’s about keeping a positive attitude. I think that’s what really keeps us going,” says Kiszka, who just this year graduated high school, that is, in between tour dates.

‘BEST JOB IN THE WORLD’

“It’s an incredible opportunity to be able to see the world, and travel, and meet new people and see all kinds of incredible things…and make a living doing it. I think it’s the best job in the world. But it is very taxing.”

The classic-sounding rock quartet, comprised of 21-year-old twin brothers Josh Kiszka on vocals and Jake Kiszka on guitar, younger brother Sam Kiszka (18) on bass and Danny Wagner (18) on drums, was catapulted into the spotlight early this year following the release of the debut studio EP, “Black Smoke Rising.” 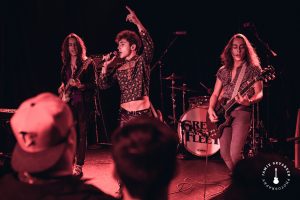 Moving Into Bigger Rooms: Greta Van Fleet sold out The Stache earlier this year and now moves into the ain showroom for a show that sold out in 21 minutes. (Photo/Jamie Geysbeek)

In the short span of only a year, the group has signed to Lava Records (a subsidiary of Republic/Universal Music Group), been featured in Rolling Stone, Paste Magazine and other major media outlets, released a single that spent five weeks at No. 1 on Mainstream Rock radio charts, garnered millions of Spotify plays and YouTube views and sold out every single headlining show of 2017. Their brand new EP, “From the Fires,” has racked up more than 330,000 views on their Russian fan page on YouTube alone.

Greta Van Fleet returns to Grand Rapids on Friday to play a sold-out show at The Intersection, a show Kiszka says will be “wild, packed with energy and filled with friends.”

AN ‘UNEXPECTED EXPLOSION OF SUCCESS’ IN 2017

“This year has been very surprising just how big it has blown up. It’s just been this unexpected explosion of success. We’ve been working at it for a very long time and it took a long while for us to hone our skills and be able to play the way we do. And it took a lot of people that believed in us and a lot of opportunities that we took chances on. That’s all gotten us to where we are right now,” Kiszka says. 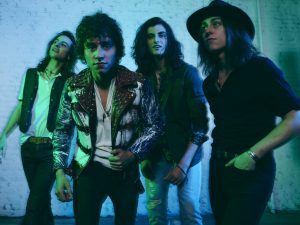 ‘Blowing Up’: But Greta Van Fleet is having fun, too. (Photo/Michael Lavine)

“But even to us it feels kind of overnight because we’ve just been having fun along the way. Part of the success is really due to our attitude about it. You can do music for all the wrong reasons. In the end,, it’s about believing in what you’re doing and having fun with it.”

Growing up, the Kiszka brothers were exposed to all things Michigan and music.

By way of their parents, the siblings listened to bluesmen such as Robert Johnson, Albert King, B.B. King, Freddie King, Taj Mahal and Muddy Waters, as well as iconic Michigan artists like Stevie Wonder and Bob Seger.

“We really listened to the greatest stuff growing up and I think it’s in our blood,” Kiszka says. “That’s the music we really fell in love with.”

Another formative experience that helped cultivate the brothers’ affinity for music were the family trips to Yankee Springs in West Michigan’s Barry County, where a large group of family and friends would rent out a number of cabins, haul over a variety of music equipment and host a three-day jam session.

SUCCESS NOT POSSIBLE WITHOUT MICHIGAN’S FANS

“We really saw the effect music had on people,” Kiszka recalls. “I don’t think it could have been done anywhere else in the world except Michigan. The success definitely is not all our own. It wouldn’t have been possible without all the support we had, and the community we came from and our family. It’s a shared success.”

The band formed in 2012 with the Kiszka brothers and original drummer Kyle Hauk.  Early on the group chose the name Greta Van Fleet, inspired by an 80-year-old Frankemuth resident named Gretna Van Fleet who played the dulcimer and whose name had a nice ring to it. 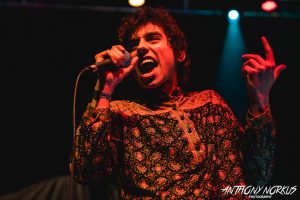 Over the next few years, the band released a handful of recordings and played regional shows at bars and small clubs before joining forces with manager Michael Barbie (now the band’s tour manager) and producers Al Sutton and Marlon Young.

In April, the band released the EP “Black Smoke Rising” to widespread acclaim, and in November, conjoined those songs with four new tracks to create the double-EP, “From The Fires,” recorded at Rust Belt Studios in Royal Oak. The songs are intense, smoldering and unapologetic, overflowing with the kind of contagious swagger inspired by the open road and rock ’n’ roll.

Heading into 2018 the band will tour Europe and return to the states for a number of early summer festivals before making their way back to Europe for additional festivals overseas. Kiszka says the group will also start tracking a full-length album with Al Sutton early in the new year that will elaborate on the band’s style and musical variety. 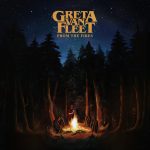 “From the Fires” EP

When asked whether he feels like the band has “made it” or if he even considers the phrase to have a measurable value, Kiszka pauses on the other end of the line for a moment, digging for words that transcend the cliched term into an eloquent thought.

VIDEO: “From the Fires”