Grand Rapids Mayor Rosalynn Bliss could be considered an uber-fan of music, often seen at area concerts and festivals. So, Local Spins asked her Honor to reveal her list of faves, including some local legends. 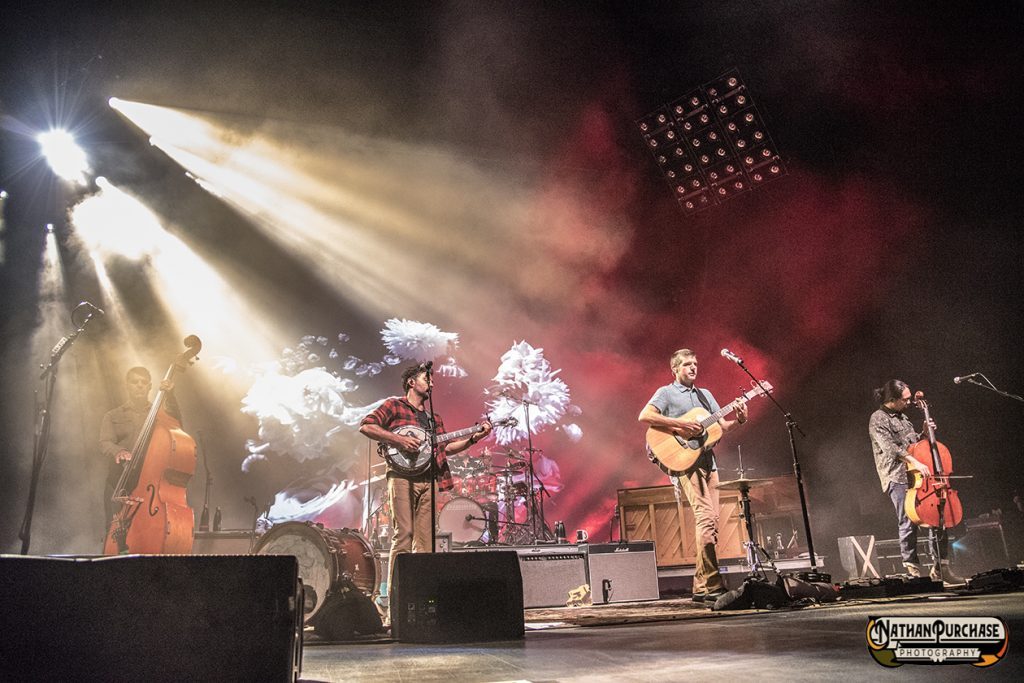 EDITOR’S NOTE: In a little twist on Local Spins’ ‘Albums that Changed the World’ series, this week we asked Grand Rapids Mayor Rosalynn Bliss — a major music fan — to reveal the key recordings that shaped her tastes and love of the art. And there’s a Michigan spin to some of her picks.

Long before she became mayor of Grand Rapids, Rosalynn Bliss was a music enthusiast. “I’m not musically inclined. I don’t play or sing,” she says. But that never slowed her passion for music. She attended (and attends) numerous music festivals, from Bonnaroo and Lollapalooza to Hoxeyville Music Festival, Earthwork Harvest Gathering and Beaver Island Music Festival. Bliss grew up in Sault Ste. Marie, then moved to Alabama to attend college. She returned to her home state in 1996 with her then-husband, and has been here ever since. “Grand Rapids is home,” she says.

She’s enthusiastic about her city, in large part because of its culture. “I love our local music scene. It’s exploded over the past few years. I love Meijer Gardens. I’ll be there for a couple shows,” Bliss says, pointing in particular to the Decemberists, Grand Rapids Symphony and Michael Franti and Spearhead. “You can’t see Michael Franti enough.”

She also says the proposed 12,000-seat outdoor amphitheater will help expand the city’s musical offerings. “It would boost the summer music scene.” 1. Cat Stevens, “Father & Son” from “Tea for the Tillerman” (1970)– I’m a huge fan of older music: Harry Chapin, Cat Stevens, The Beatles. Going back to my high school days, I listened to (this). When I decided to leave Sault Ste. Marie to go to Mobile, I listened to it nonstop in my car cassette player. I come from a big family (ten) and decided it was time to go and navigate the next phase of my life. This was from my senior year of high school and the trip to Mobile.
Listen: “Father and Son” 2. The Muteflutes, “Michigan” from “The Ballad of the Rebel Grape” (2012) – This is from a band that split up. I sing along. I love the state and this song always makes me smile. They used to play at festivals. Micah McLaughlin, the lead singer, is from Grand Rapids.
Listen: “Michigan” 3. Tie: Ralston Bowles, “Fragile” from “Carwreck Conversations” (2004) and May Erlewine, “Never One Thing” from “Mother Lion” (2017) – I love (Grand Rapids singer-songwriter) Ralston, but he doesn’t perform as much anymore. The song “Fragile” chokes me up. It’s such a beautiful story of how precious life is. And I’m a huge fan of (Traverse City’s) May Erlewine. I’ve seen her many times. I’ve listened to that song so many times the last couple years. It’s about how complex people are. I’m never one thing, I’m countless things to people. Especially with COVID, it fits with this season.
Listen: Ralston Bowles’ “Fragile”; May Erlewine’s “Never One Thing” Currently Loving: The Avett Brothers, “I and Love and You” (2009) – I’ve seen them a lot. I love every song. The title track I play again and again. I love their sound, the harmonies and how they sing. It’s something unique and special. “Headful of Doubt” is another one. They have beautiful lyrics. A couple lines resonate with me: “Life doesn’t change by the man that’s elected.” You decide the person you want to be and not let others impact that. You get to decide.
Listen: “I and Love and You”

ALBUMS AND SONGS THAT CHANGED THE WORLD: Rosalynn Bliss’ Playlist on Spotify