With COVID concerns continuing, Festival will take applications from musicians for the new outdoor celebration that will have them performing safely in downtown’s social zones. 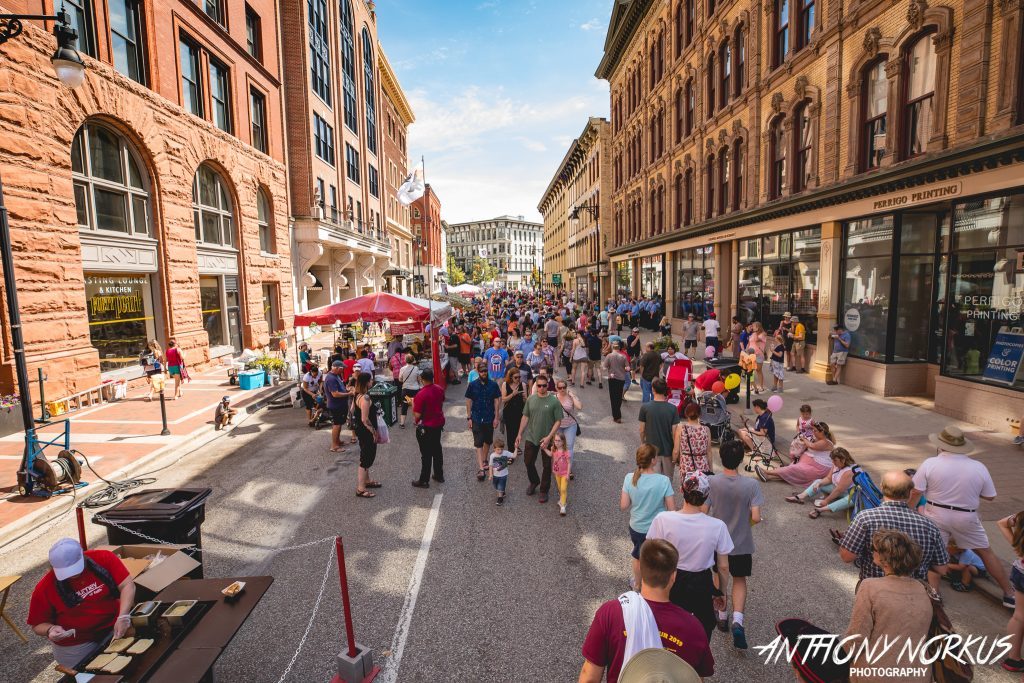 A New Concept: The traditional Festival of the Arts won’t return until 2022. (Photo/Anthony Norkus)

And now for something completely different: Grand Rapids’ Festival of the Arts presents Plein Air.

With the COVID-19 pandemic scrapping last year’s downtown Festival and still posing logistical issues for 2021, organizers of the annual, volunteer-run celebration of the arts will unfurl a reimagined, three-day event set to feature 240, diverse two-hour performance by solo artists in early June.

Although it will be held the same weekend of June 4-6 traditionally set aside for Festival, Plein Air (French for “outdoors”) won’t replace Festival. Instead, it will provide opportunities for performers, visual artists and fans to experience art in downtown’s social zones while patronizing local restaurants and pubs.

Festival also plans to work with ArtPrize in presenting another celebration in mid-September, with a single Calder Plaza stage and artisan village.

NOT A REVAMPED FESTIVAL

“And still, our community yearns for the arts to celebrate, so Festival leadership developed two concepts that could be safe and allow artists and musicians an opportunity to share their talent.” 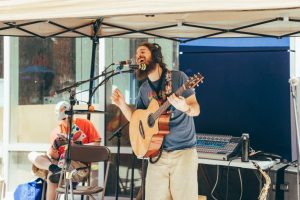 Solo Performers: Will be part of Plein Air in June. (Photo/Local Spins)

Abbott said the June performances would be limited to “acoustic or unplugged sessions” by single instrumentalists, with Festival expecting to start accepting applications from musicians for the event through an online portal in mid-March. Abbott said Festival plans to pay all musicians and raise the needed funds to cover those costs.

Prior to the 2020 COVID cancellation, Festival hosted hundreds of performances on multiple stages throughout downtown Grand Rapids the first full weekend in June, attracting hundreds of thousands of visitors who enjoyed music, dancing, art displays and food booths.

Because COVID restrictions and concerns are expected to continue through much of 2021, the new event is designed to provide a safe way of experiencing live performances and art.

“We also will have over 50 urban landscape artists painting on canvas throughout downtown,” Abbot said.

“The painted pieces will be juried by Stephen Smith, Muse Gallery. The work chosen will (then be) framed and digitally copied by Mercury Head Gallery and exhibited at Grand Valley Artists space for the month of July. All pieces, including digital copies, can purchased through festivalgr.org.”

PERFORMANCES DURING ARTPRIZE, TOO

Festival also will have a presence during this fall’s resumption of ArtPrize, with a single Calder Stage set up Sept. 17-19, along with an artisan village.

“Plans for September are still under way and we hope to have a separate release regarding the lineup later this spring,” Abbott said.

“To date, we have three major partnerships that will deliver key showcase performances. We intend on a single curated stage on Calder Plaza with LED screen. Our Artisan Village will provide a great shopping experience for those attending.”

Abbott added that Festival will “continue to work closely with the city, county health department, and the downtown establishments to make sure the safety is the first priority for the artists and those who enjoy the art.”