The 51st edition of the downtown festival was slated to take place in early June, but is being shelved with “the community’s best interests in mind.” One performer called it “heartbreaking.” 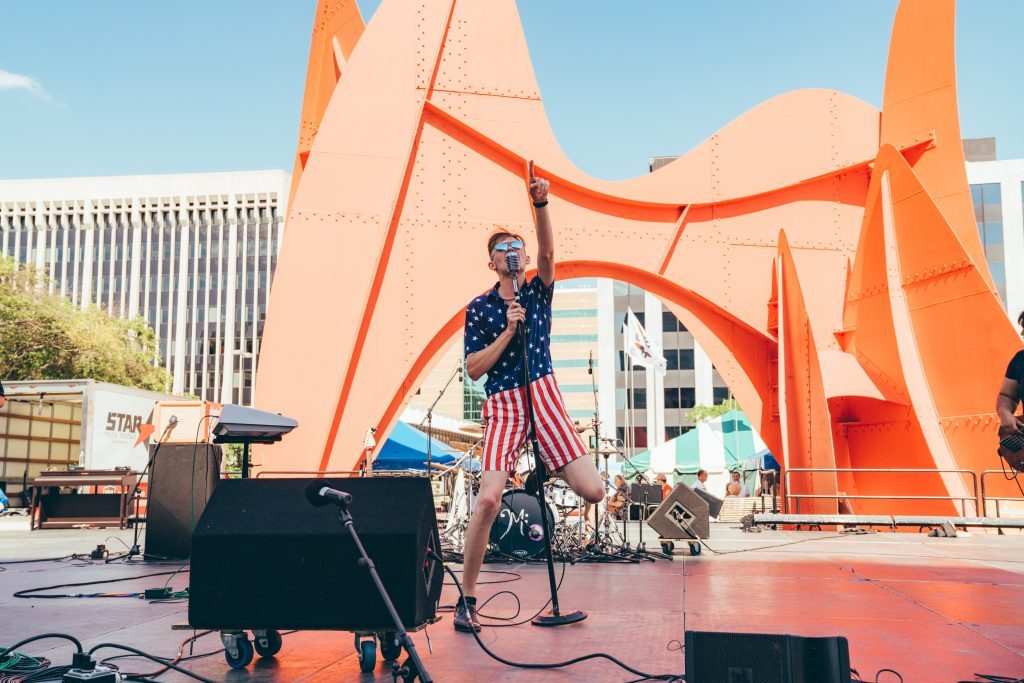 Taking the Year Off: The Calder Stage and others will be silent this June.(Photo/Kendra Petersen-Kamp)

Add Grand Rapids’ Festival of the Arts to the list of coronavirus COVID-19 victims.

Organizers this afternoon announced that the multi-stage festival, which has taken over downtown Grand Rapids in early June the past half-century, will be canceled due to concerns about the “rapidly developing COVID-19 situation.”

Slated to take place June 5-7, Festival of the Arts executive director David Abbott said pulling the plug for the first time in 50 years “was a very difficult decision, but we need to keep the community’s best interests in mind.”

He called it a “heart-wrenching” but necessary action, one that follows a decision by Holland’s Tulip Time to cancel the early May festival for the first time in more than 90 years.

Abbott noted that volunteer committees normally would be gearing up to plan Festival in coming weeks. But organizers wanted to comply with the recent federal recommendation to limit gatherings of people to 10 or less. 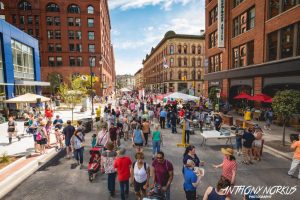 Concerned About Crowds and the Coronavirus: Festival. (Photo/Anthony Norkus)

“With guidelines in place limiting gatherings, Festival’s board of directors and I felt it prudent to advise a halt of committee activity for the health and well being of all of our volunteers,” Abbott said.

He added that his team would look forward “to bringing the event back strong in 2021. There’s no compelling reason why we wouldn’t (provided there isn’t a similar crisis in 2021).”

Hundreds of regional bands, solo artists and dance troupes were being scheduled to play six main stages and several pop-up stages over the first full weekend in June.

Performing acts were to be notified of their Festival performance schedule this week (March 18).

Charles Preston Smith, leader of Grand Rapids’ PotatoeBabies, said he plans for the group’s Festival appearance for an entire year with props and other attractions. He’s played Festival the past 27 years. 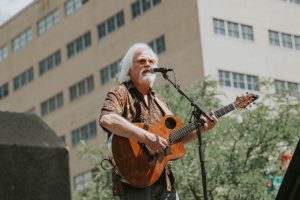 “Going back to childhood dreams of performing Festival; this is heartbreaking,” he told Local Spins. “Now I sit with a storage unit full of toilet paper and beach balls (band props)!”

Another longtime Festival performer, Mark Swanson, said he’s “quite surprised and I had hoped it would be fun this year.” Swanson noted he was hoping to play 50 straight years at Festival, something he would have accomplished come 2026.

Abbott said board members and organizers are sad the event won’t take place this year.

“It’s a very emotional time,” he said. “This is heart-wrenching for everyone and yet Festival, as an institution, had to say how much we value the health of everyone.”

He added that Festival board members acknowledged Tulip Time’s tough decision as yet “another legacy institution of our community making this decision because they rely so much on community and volunteer involvement.”