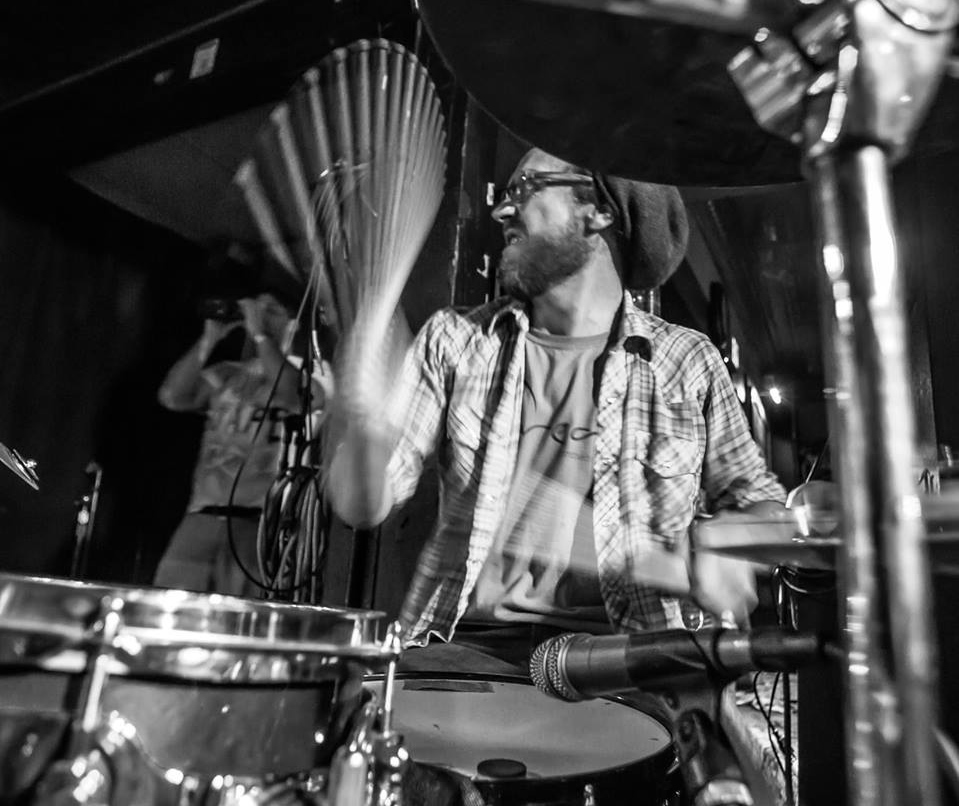 Ever catch a rock show at a tire shop?

How about a blues band in a lumberyard? 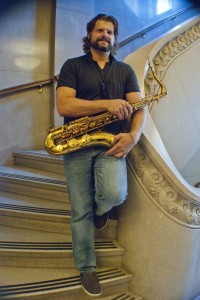 Oddly enough, folks along the lakeshore will have the chance to experience both – along with one-of-a-kind musician-business pairings – on Saturday when Ottawa County’s Walk the Beat will host 80 artists at 40 locations in Grand Haven, Spring Lake and Ferrysburg.

The brainchild of Grand Haven musician and event organizer Dave Palmer, Walk the Beat is a free event that aims to connect small businesses and musicians with the community, offering various door prizes to visitors and special prizes to performers.

Running from noon until 5 p.m., the first half of the music-filled afternoon will feature performances by soloists, duo and trios, while the second half showcases full bands. The businesses will host open houses, providing everything from refreshments to kids’ games, along with some rather unconventional live music.

“Totally weird that I’m playing at a Sport & Spine,” said Andy Frisinger, a Grand Haven sax player who’s set to perform at Shoreline Sport & Spine in Spring Lake. “I’ve been jokingly telling people that we’ll put you in a traction machine and play to you.” 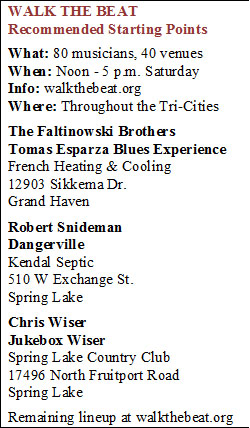 With participating venues spread across three cities – Ferrysburg, Spring Lake and Grand Haven – visitors might find themselves doing more running than walking if they wish to catch a glimpse of even a handful of the performers, who range from popular lakeshore bands to lesser-known local acts.

Then again, this type of jam-packed schedule allows for guests to pick and choose exactly what artists they want to see and has proven successful elsewhere on a much larger scale.

“You’ve heard of South By Southwest (the massive annual Texas music conference), right? Well, they have 1,500 bands. I thought, ‘Shoot, we can do 80,’ ” Palmer said. 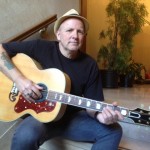 Palmer said he hopes the event will draw attention to a wide variety of Tri-Cities businesses that sometimes struggle with advertising and getting word out about their products and services.

Throughout the day, visitors will be able to vote for their favorite musicians via smartphone, ultimately choosing the winner of the grand prize of 40 hours in a recording studio with renowned Grand Haven-based producer Bill Chrysler. Get more details about registering and voting at walkthebeat.org.

While the prizes are worthwhile, Grand Rapids vocalist Downie Streahl is interested the community aspect, and ultimately, connecting children with music.

“Even more than being about the artists and the businesses, I think it’s about coming together on behalf of one central theme: kids and music,” said Streahl, who plans to perform at Greenridge Realty in Grand Haven. 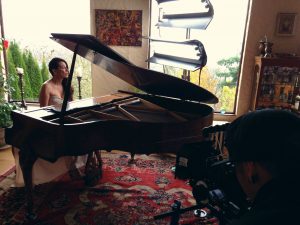 Streahl also has also taught music in kindergarten through 12th grades and has seen arts and music programs disappear from public schools, which concerns her.

“As musicians, we impact the world, but we have to make sure that it’s a legacy that can live on,” Streahl said. “To me, it’s about the giving this experience to the kids in the community. Let’s not let music vanish.”

Says Frisinger, who’ll play the event with Mike Drost, Paul Lesinski, Jeff Baldus and Steve Harris: “Walk the Beat is a great idea. It gets local musicians exposure as well as the businesses. I hope that this event opens the eyes of musicians and businesses in that we can expand our reach when we work together and create a synergy.”

For more information regarding the event, including artists, venues and a map of performance locations, visit walkthebeat.org.