Appealing to both the daytime coffee crowd and evening music/craft beer devotees, Grand Armory Brewing and the other businesses within this downtown Grand Haven building make this a fun hangout. 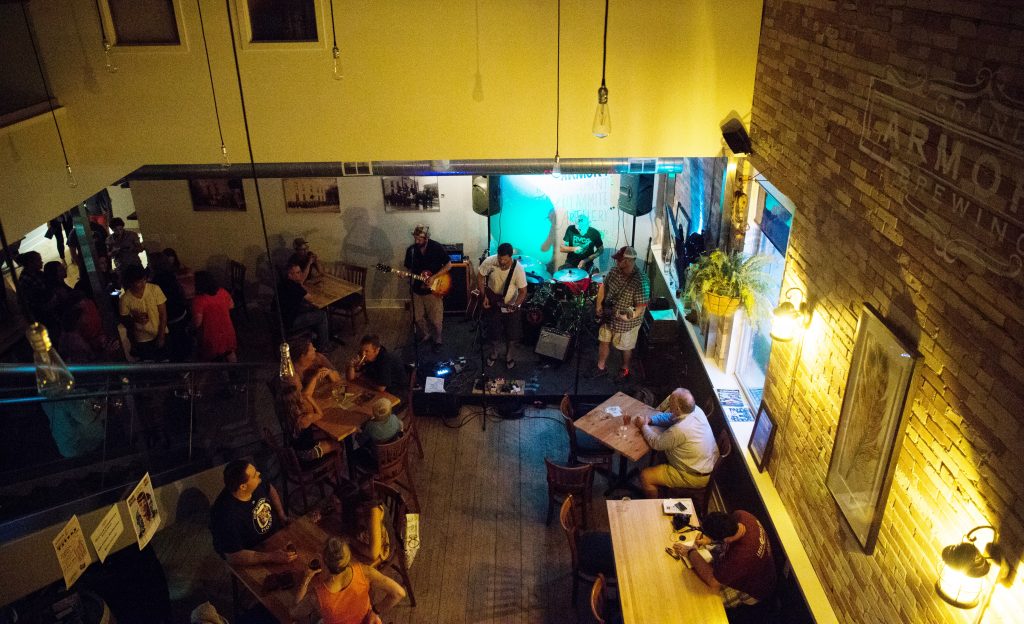 The Vibe: As a brewery and a live music venue, Grand Haven’s Grand Armory Brewing boasts an atmosphere unlike any other area establishment.

When I first entered the building on a recent visit, lively soul music was playing over the sound system. The front door to the seating area, off the building’s lobby, first greets you with Aldea Coffee at the Armory. The coffee bar, complete with its own separate staff, espresso and drink equipment, and even T-shirts and other merchandise, is open 7 a.m. -6 p.m. Monday-Thursday, 7 a.m.-7 p.m. Friday-Saturday, and 8 a.m.-4 p.m. Sunday.

Beyond Aldea lies the main seating area of the venue. Industrial-styled Edison light bulbs hang from the center of the tall, lofted ceiling. Old pictures of the building in its earlier days at the center of historic downtown Grand Haven hang on the wall behind the music stage.

Off to the side of the seating room, a window looks into a food-prep kitchen, where Righteous BBQ sits ready to serve up fresh, amazing recipes – and rather quickly, considering how popular and busy they were that evening. For the record: Try the nachos. They are a true crowd-pleaser – but if you’re going it alone, trust me – the half order will do just fine.

Up the stairs in the center of the room, there’s a loft featuring a more secluded seating area with a great vantage point to people-watch and enjoy the musical features. And on the other side of the second level sits the Armory Art Center, an art gallery and studio that is open to the public, holding frequent events where community members can attend and flex their creative muscles.

In the back of the main seating level sits the Grand Armory Brewing bar. Full of original craft beers, complete with fun, creative names and labels, it sets the Grand Armory name right among other heavy-hitters in the West Michigan craft brewery scene, and all in just over a year.

Ben Tabor, co-founder of Grand Armory Brewing, said the venue has been welcomed by the local community with open arms, and he couldn’t be more grateful.

“It worked out wonderfully for all of us,” said Tabor, noting the building’s landlord is interested in helping local businesses profit, and using his available funds to help make a difference in the local community overall.

The building on South 2nd Street is 111 years old. It was used as an armory in World War I, with a shooting range downstairs and live ammunition on the premises. Later, it was used as a local YMCA and the hardwood floors acted as basketball courts. It has served many other uses as well, such as a salon and a local community gathering place to voice opinions on community issues.

Now, Tabor’s friend, Boyd, is a managing partner of Aldea Coffee in the Armory, along with Aldea co-owner Jeremy Miller. With Aldea Coffee sharing the same roof as Grand Armory Brewing and a few other local businesses, it presents a unique opportunity for all the business entities involved.

The brewery has kept the military heritage alive in this incarnation of the building – from the old sepia photos on the wall showing the old days of the armory to the foot lockers preserved by the wall near the main bar. There is even a quote on the wall behind the music stage, referencing The Grateful Dead: “Everybody’s dancin’ down the local armory, with a basement full of dynamite and live artillery.”

Tabor said it was a great way to honor the building’s rich heritage, but with a unique twist.

The Music: The brewery also has made it a mission to showcase local music. “I’m behind this 100 percent,” he said. “It’s so cool. It was an unexpected surprise to be able to help them. I watch many local artists at concerts, but now I get to call them, and invite them to play at our bar.” 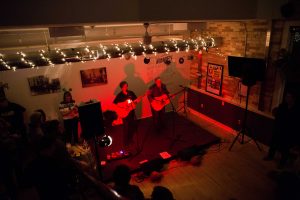 “Mostly, we try to keep the music hyper-local, but we also focus on quality. We started by focusing on the Spring Lake and Grand Haven area, but we have started spreading out to Muskegon, Holland, and Grand Rapids (in terms of band bookings).”

To celebrate Grand Armory Brewing’s one-year anniversary, brewery will stage a festival on Oct. 7, stretching from Franklin to Washington avenues in downtown Grand Haven. The event – running from from 4 p.m. to 11 p.m. – will feature performances by three local acts: Delilah DeWylde, Roosevelt Diggs and The Crane Wives. Of course, it will also boast specially crafted barrel-aged beers brewed just for the occasion.

“It’s the best industry I could have stumbled into,” Tabor said of the brewery venture. “I’ve never been so happy in my life. I have never been a part of something so stressful, and yet so rewarding, at the same time. … With this place, I have people and artists around here stop me on the street and I get hugs from all of them. It’s so fantastic, I love it.” 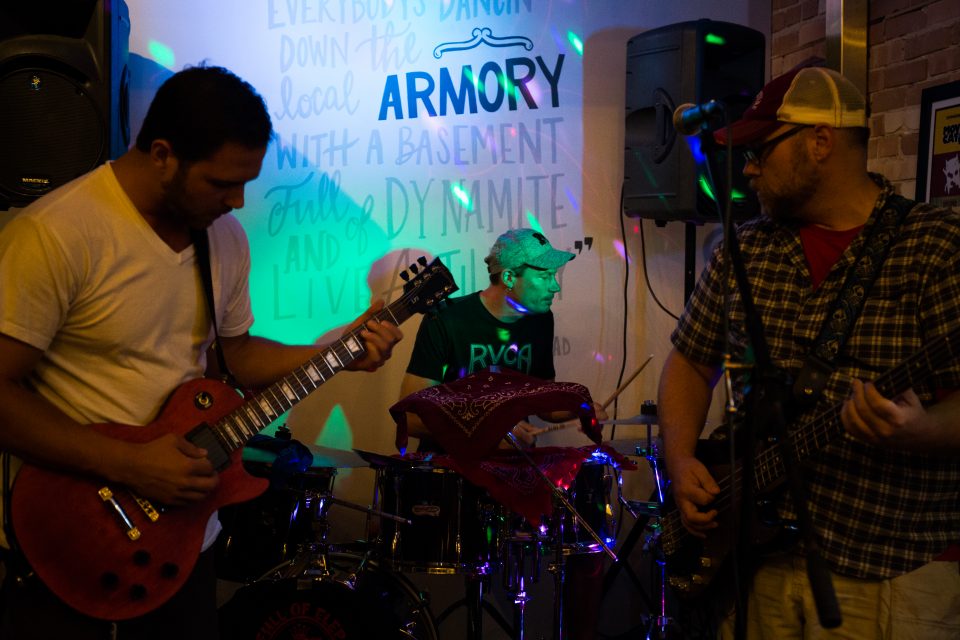 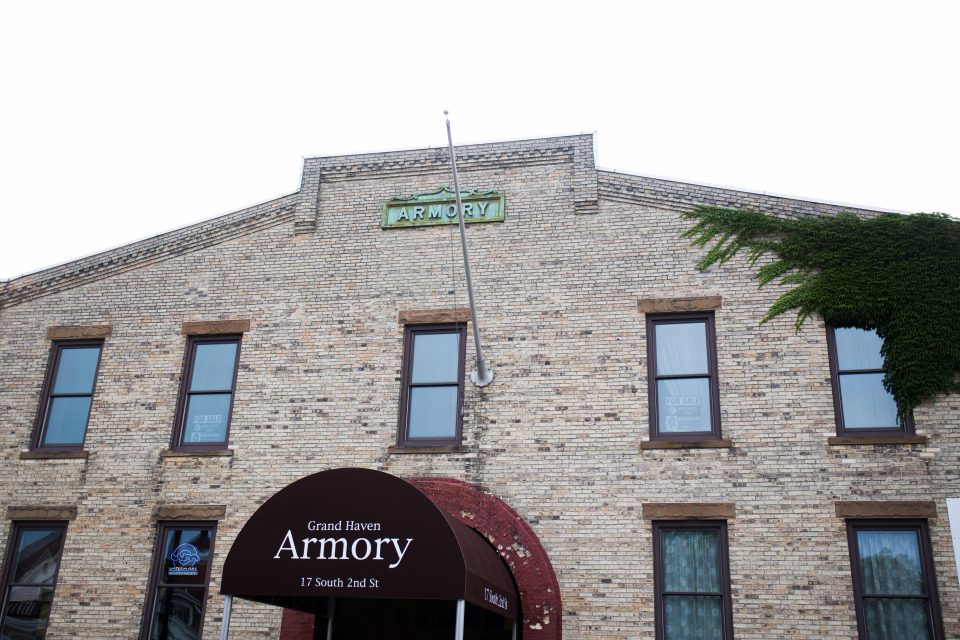 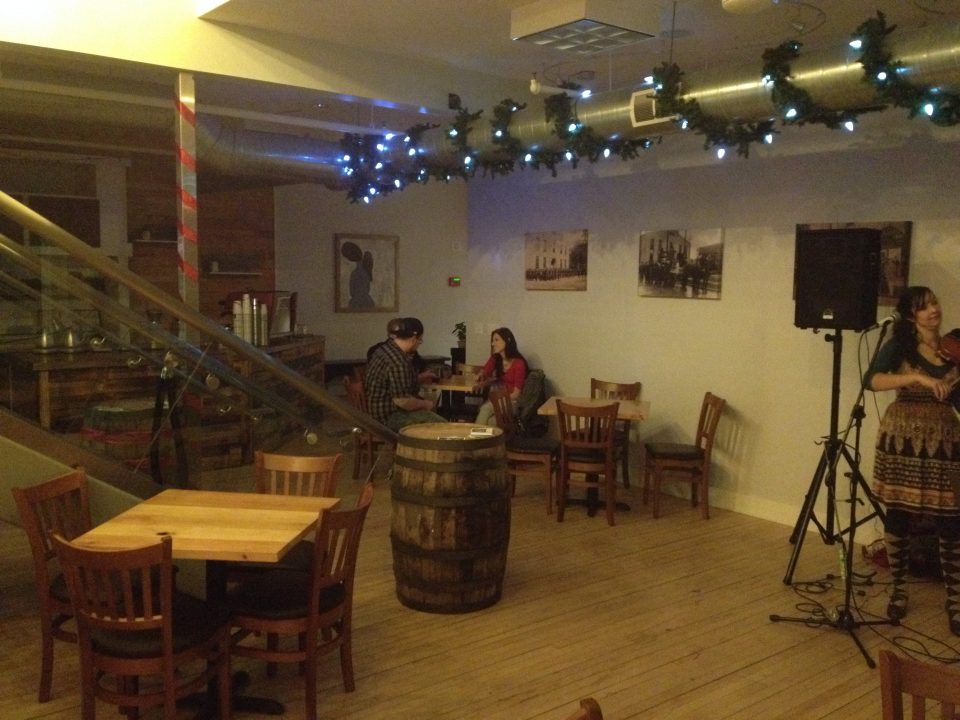 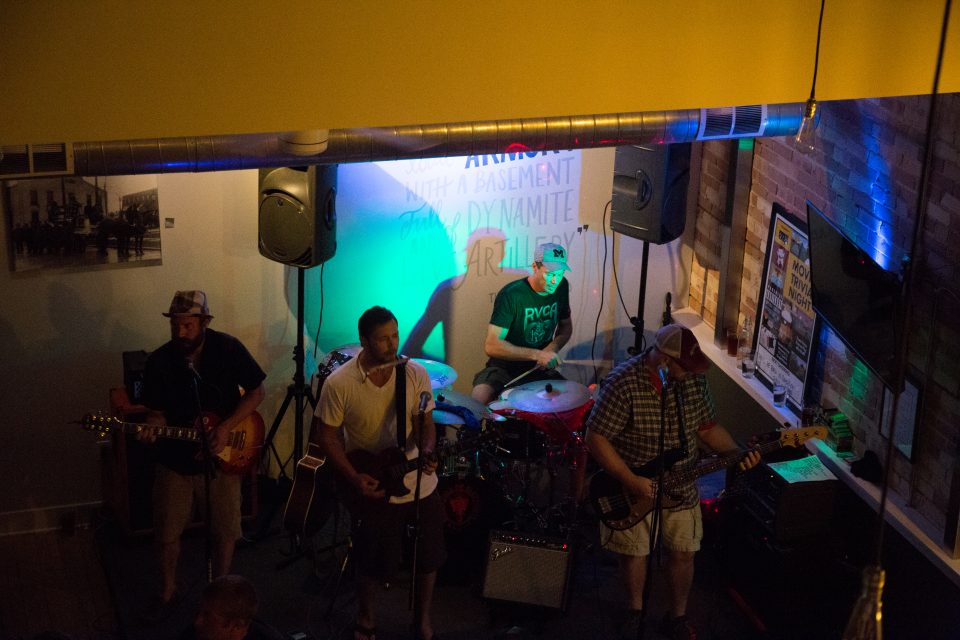 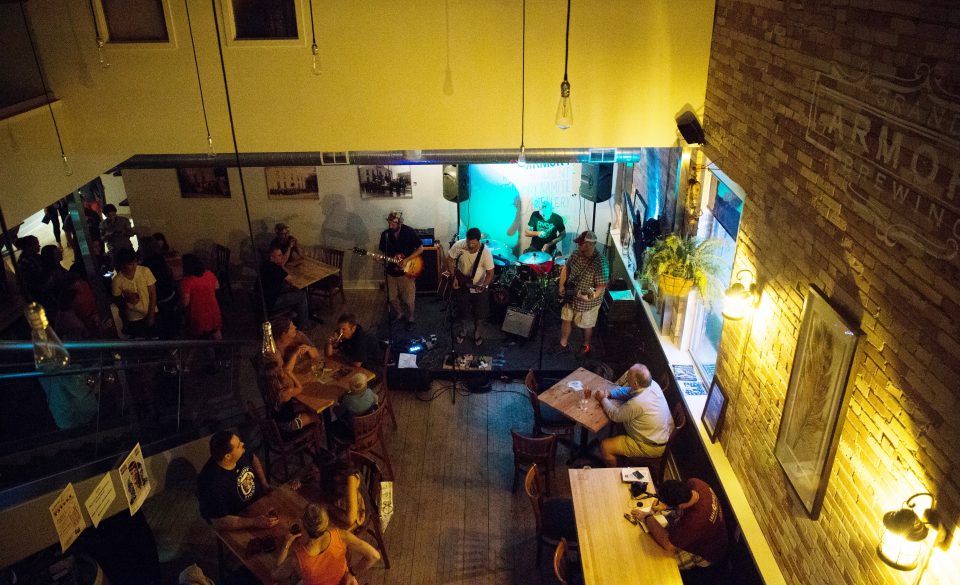 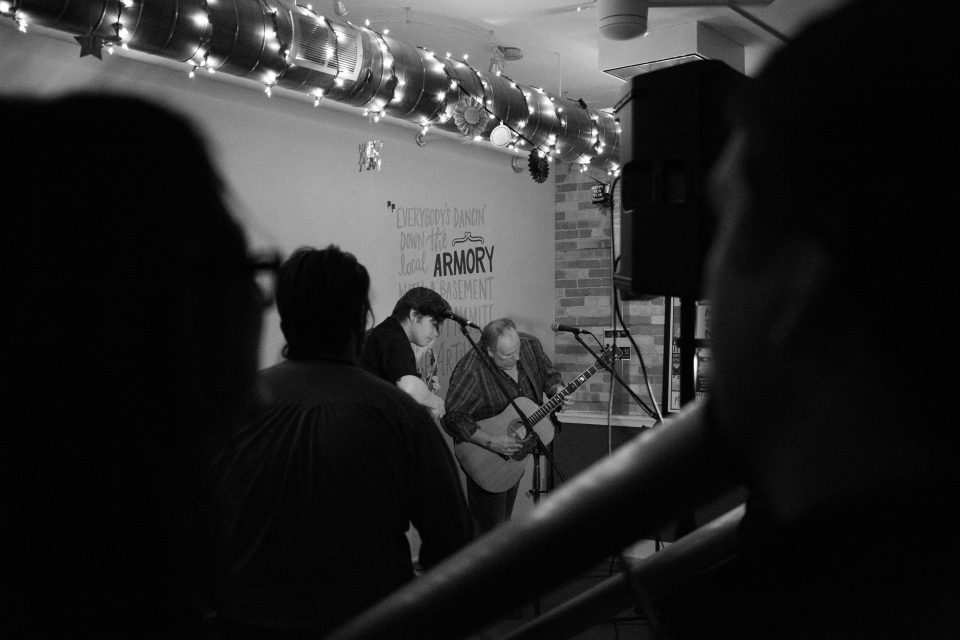 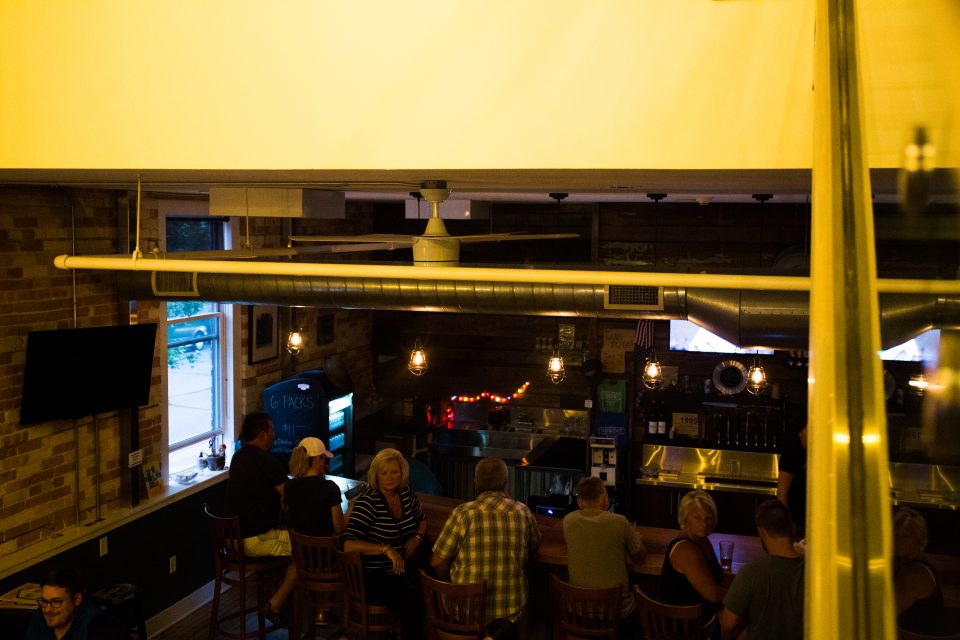 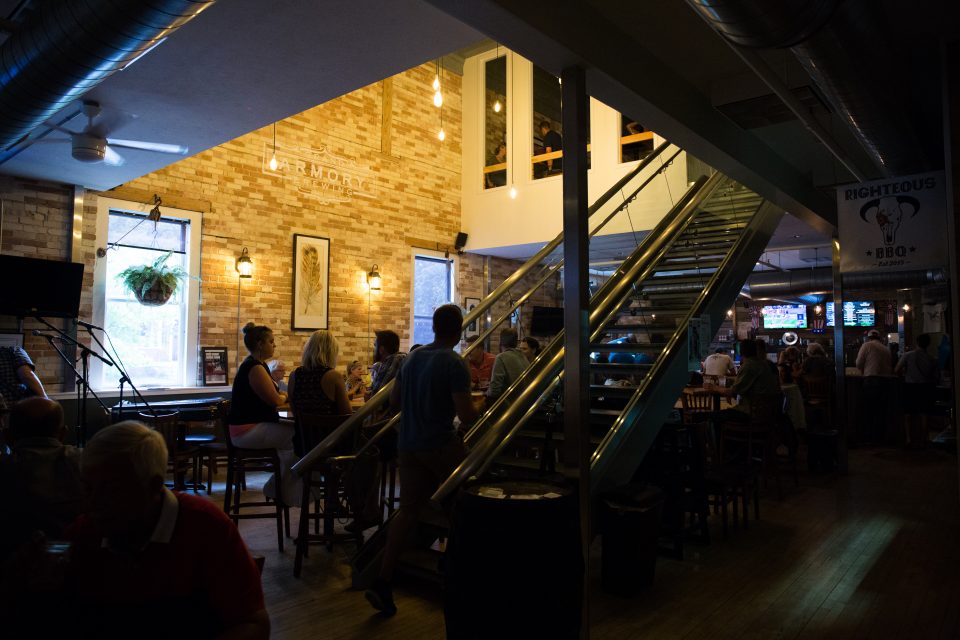 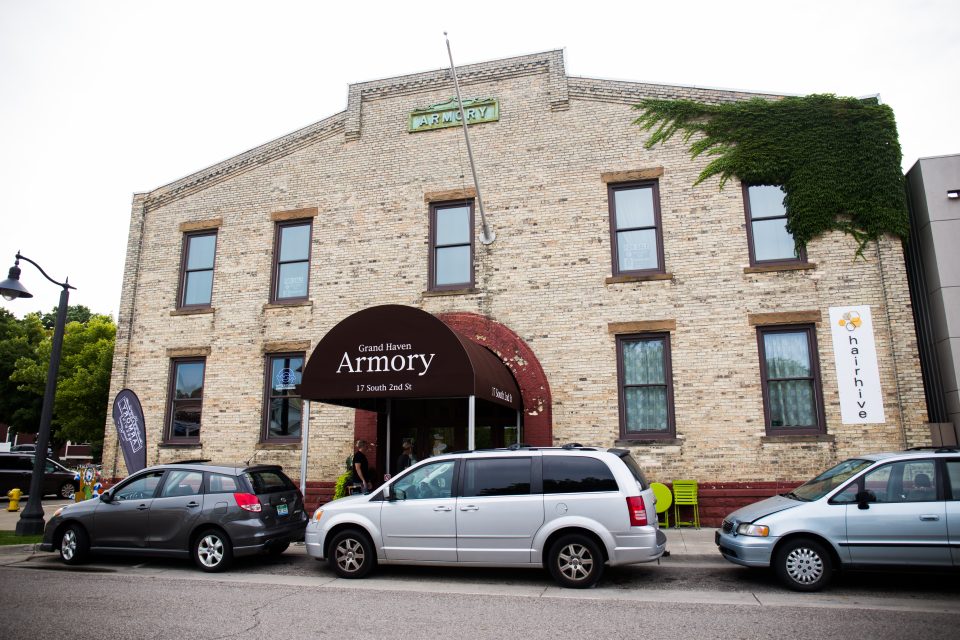 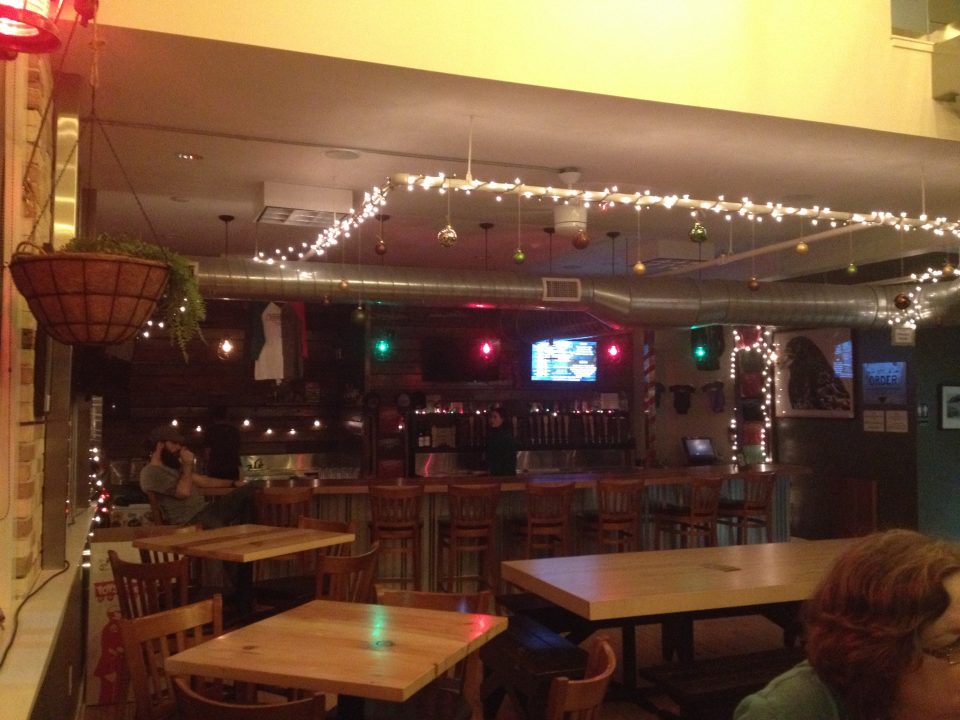 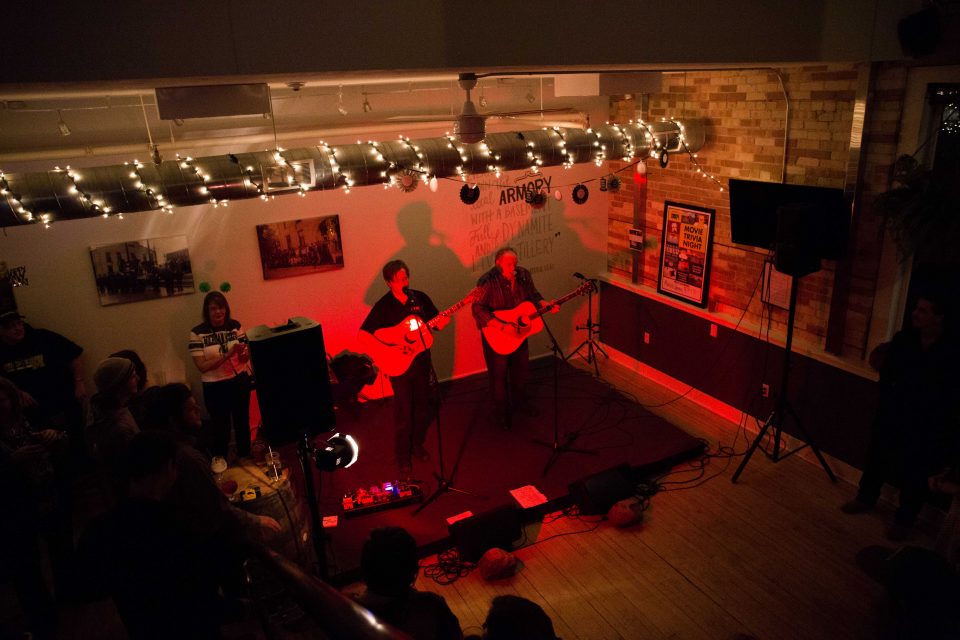 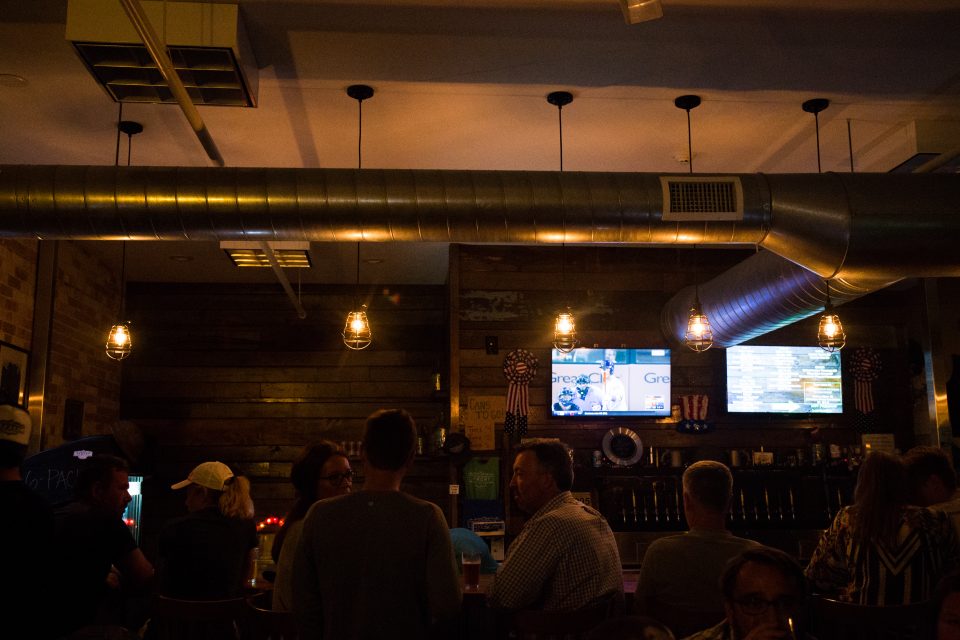