With a new batch of lilting songs about the Great Lakes Basin, the indie-folk duo will perform in its new hometown of Kalamazoo and play Grand Rapids’ Lamp Light Music Festival. (Story, video, review) 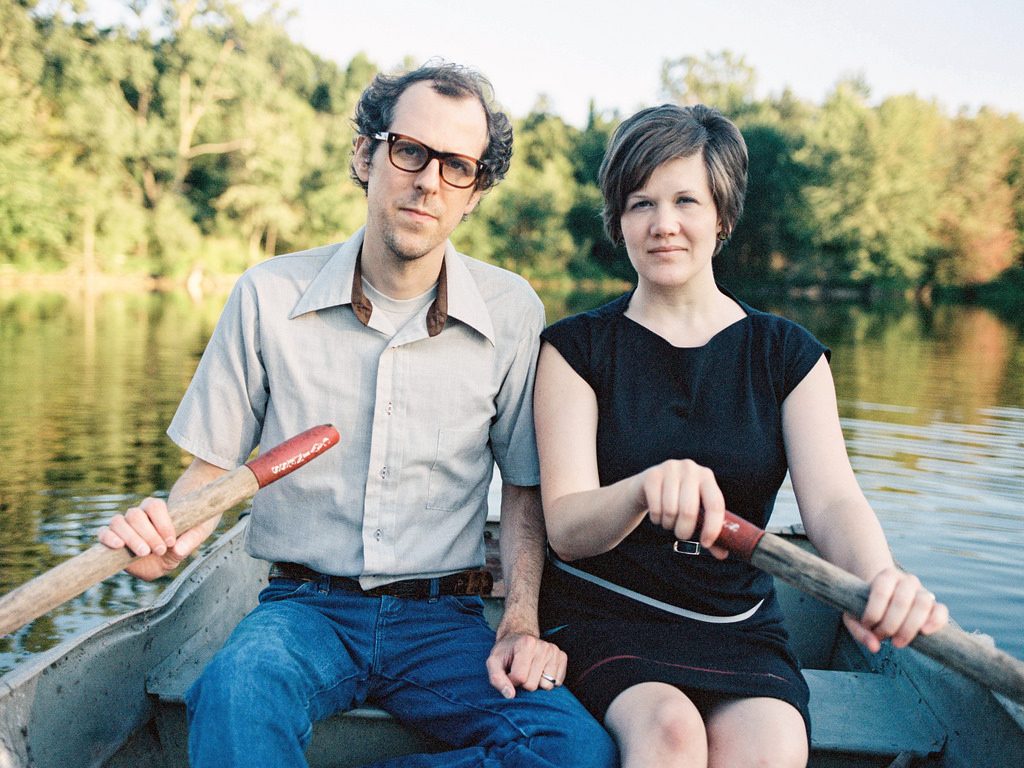 THE BAND: Gifts or Creatures
THE MUSIC: Folk
WHERE YOU CAN SEE THE BAND: 7 p.m. Saturday (Oct. 21) at Rootead in Kalamazoo performing with Brian Koenigsknecht and Thunderbolt & Lightfoot; Nov. 4 at Lamp Light Music Festival in Grand Rapids; Nov. 11 supporting Joshua Davis at The Ark in Ann Arbor; Dec. 1 at the Ferndale Area District Library

It’s been a busy year for Brandon and Bethany Foote. On top of both enduring job changes, relocating from Lansing to Kalamazoo and biding just about all of their spare time chasing around a toddler, the couple also managed to find a few moments to release their third album together as the folk duo Gifts or Creatures.

Released Sept. 22 on the Earthwork label, “Fair Mitten: New Songs of the Historic Great Lakes Basin” is a follow-up to 2010 debut, “Pilot House,” and 2013’s “Yesteryear Western Darkness.” The LP (available on vinyl and CD, as well as in digital formats), as the title suggests, speaks heavily to the history and landscape of the Great Lakes State.

One needn’t be a Michigander, though, to appreciate songs such as “Pontiac’s Rebellion,” “Two Hearts (Two Peninsulas),” “Fort Dearborn Massacre,” “Grand Rapids Brakeman” or “Trapping or Trading,” all of which cast the region in a nostalgic and poetic light.

“This album has really been unique in that it has that really strong focus,” said Bethany, who sings and plays a Wurlitzer electric piano on the couple’s junior effort. “It kind of drove a lot of decisions along the way as we had that theme in mind about Michigan. Our second album, ‘Yesteryear’ had a couple of tunes that kind of spoke to that storytelling about the Midwest and about Michigan and that might have sort of piqued Brandon’s interest in making a more focused album. This one was definitely more thoughtful and more of a stretched-out process, however.”

Engineered by Ian Gorman at La Luna Recording in Kalamazoo, the couple — who cut the album with Seth Bernard on guitar, Max Lockwood (Big Dudee Roo, May Erlewine) on bass and Dan Rickabus (The Crane Wives) on drums — was in and out of the studio numerous times over the past three years.

The 10 songs that made their way onto “Fair Mitten” all wax in one way or another about the Great Lakes State, offering up perhaps the first start-to-finish take on the state since Great Lakes Myth Society’s self-titled 2005 release or Sufjan Stevens’ “Michigan: Greetings from the Great Lake State” in 2003.

“Timothy Monger (GLMS) is actually a friend of ours,” said Brandon, who sings and plays guitar for the duo. “He and Gregory McIntosh and the others are such great guys and have been really encouraging and supportive of what we do. I thought what they did was such a cool project. There is no doubt it was influential for us.”

A LOVE FOR MICHIGAN

And while the trail through Michigan’s backwoods and past centuries may have already been blazed on complete works by other folk artists before them, it was a lifelong love and appreciation for the lakes and woods of the two peninsulas that led Brandon, the duo’s lyricst, to pen an album that paid homage to his home state. 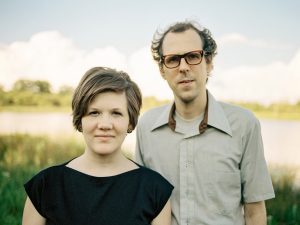 Inspired by a Map: Gifts or Creatures’ new album aims to get folks reflecting on Michigan’s heritage. (Photo/Joey Schultz)

“We had a map hanging on the wall of Grand Rapids and Indiana Railroad line, that had a really cool watermark of an Arctic grayling and that map kind of just led me down a bunch of different pathways,” Brandon said. “I’d look at it and say, ‘Hey, what would it be like to go up in Michigan in the 1880s and go fishing on the Grand Rapids and Indiana line and catch Arctic grayling?’ — just trying to capture that sort of imagery and that magic about what this state once was.”

As part of the process, the two also spent time with state archivist Mark Harvey at the Michigan History Center in Lansing, looking at different maps, old photos and, as Brandon put it, just being inspired by historical artifacts and pieces that tell the story of the region.

“There is just no doubt that the north woods and northern reaches of Michigan have this draw that really tug on your heart strings,” he said. “I think our greatest hope is that the album inspires people to look at this area, what’s here, what’s been here before and what are we leaving for our future generations.”

Having already played gigs touting Fair Mitten in Lansing and Petoskey, the couple will make the next stop on their six-show Michigan tour in their new hometown of Kalamazoo this Saturday at Rootead. Also performing at Rootead Saturday will be fellow folkster and Earthwork musician Brian Koenigsknecht and Thunderbolt & Lightfoot, featuring Phil Barry (Knee Deep Shag, Corn Fed Girls) on guitar and vocals and Sarah Fuerst (Corn Fed Girls) on vocals. Admission is $10; get more information online here.

After that, Gifts or Creatures heads to Grand Rapids for the Lamp Light Music Festival on Nov. 4, with stops in Ann Arbor and Ferndale rounding out the tour.