The new Grand Rapids duo is readying release of its debut album and ramping up its gigging schedule. Listen to the interview and performance, plus hear tracks by a host of West Michigan artists. 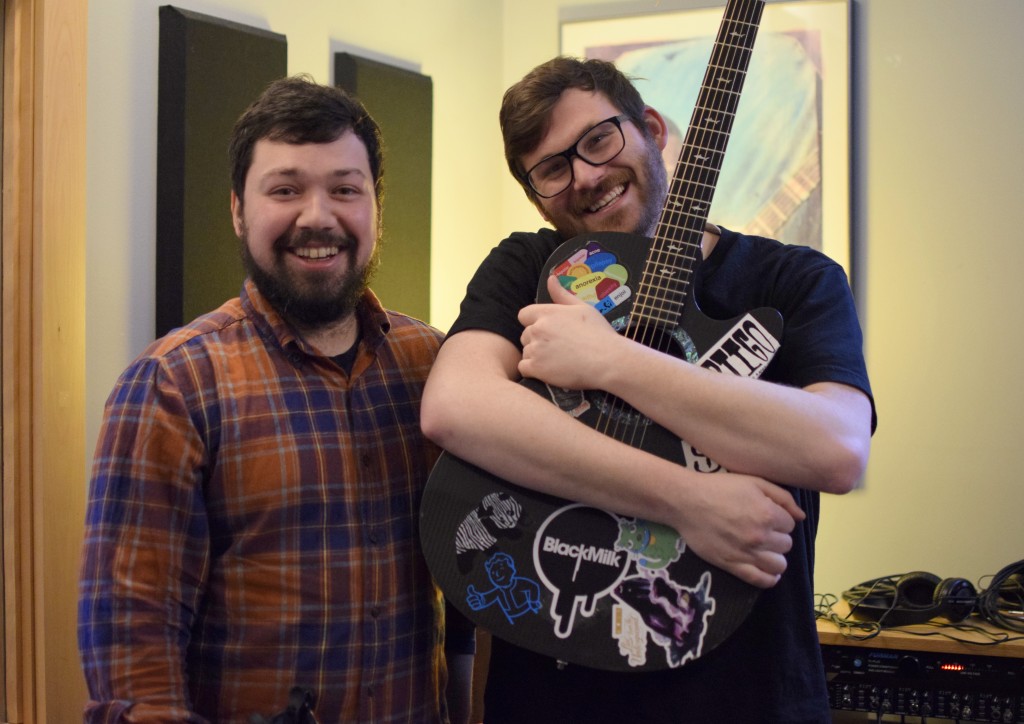 With all the banter and ribbing that goes on when Steven Meltzer and Jason Roy get together, it’s no surprise to learn that these longtime pals grew up in the same Grand Rapids neighborhood.

But between the good-natured accusations of who bullied who as a child, emerges some exceptional, acoustic-based indie-rock, something Meltzer describes as “weird folk,” with hints of Modest Mouse, Wilco and My Morning Jacket. 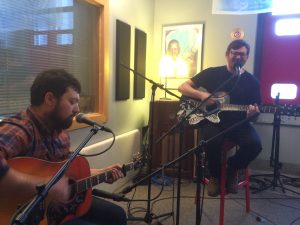 “This is a lot more laid-back than I’m accustomed to Steven being involved in,” he says.

Jokes Meltzer: “I just got older and sadder so I wanted to play slower and slower music.”

With a burgeoning performance schedule and a new album being recorded at Matt Ten Clay’s Amber Lit Audio in Grand Rapids, Elroy Meltzer is bracing for a robust 2016 – a year that will include a first-ever tour to the East Coast.

On Friday, the duo unfurled two original songs, “Pepper” and “Swans,” in the studios of WYCE (88.1 FM) for Local Spins on WYCE. Listen to the podcast here, with a video of their performance below.

Meltzer writes most of the songs on acoustic guitar, with the duo working out “the kinks” together and adding instrumentation.

“A lot of things will start one way and end up a completely different way,” concedes Roy.

“Each song is just about different feelings and different times in life through the eyes of a fictional character, Elroy Meltzer,” says Meltzer, “and the struggles Elroy goes through – each song being a different story.” 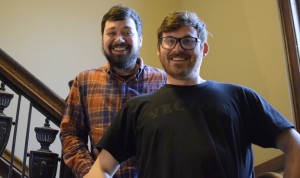 In live shows, the band varies its approach depending on the venue, sometimes with Roy on drums, other times with him joining Meltzer on guitar. (Violinist Olivia Joy, bassist Kirk Maier and guitarist Matt Noordhoff from Holland’s Brother Adams sometimes pitch in as special guests.)

“What sets Elroy Meltzer apart from other bands would be humor and honesty that comes with every show,” Meltzer says, “stripped-down songs that anyone can relate to and find some warmth in and can hum along to every song.”

The band hopes to release its debut album in April, with touring throughout Michigan and Illinois in the offing, as well as a swing to the East Coast later this year.

And to think it all started for Meltzer as a teenager when his uncle sent him an acoustic guitar for his birthday. “I stuck with it,” he says, “and it’s been great.”

As part of what the duo calls its “acoustic month,” Elroy Meltzer also plays Rockford Brewing at 7 p.m. Thursday, Our Brewing in Holland at 8 p.m. Feb. 12 and Tip Top Deluxe Bar & Grill (with The Bootstrap Boys and Drunken Barn Dance) at 9 p.m. Feb. 20.