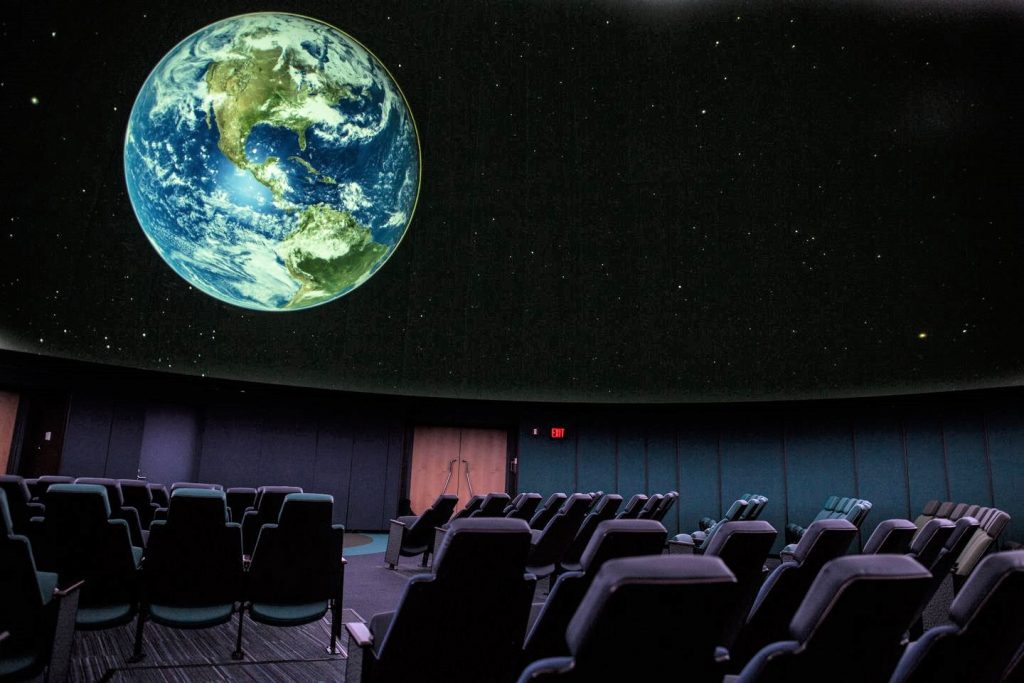 With the new year, the Grand Rapids Public Museum is experimenting with a four-concert series that promises to immerse the audience in a unique setting: The Roger B. Chaffee Planetarium. 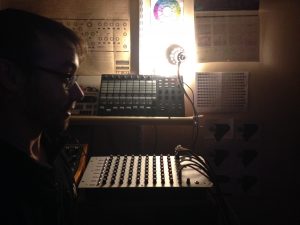 “The whole experience of an outdoor concert goes away when it’s snowing,” said Kate Moore, GRPM vice president of marketing and public relations. “We thought, we can recreate that in the planetarium. The really unique thing about this is the venue and what it allows to happen.”

The Concerts Under the Stars series featuring local and regional artists opens Jan. 19 with electronic and house music by Joshua Tree and visual effects by Nate Eizenga. On Feb. 9 it’s the funk of Janga; March 16, Mishigami, jazz-inspired electronic; and April 6, Emma Loo and Sam, inventive folk.

In a big departure from those school field trips you might remember, these concerts will offer a cash bar, and food and beverages will be allowed in the planetarium, Moore said. 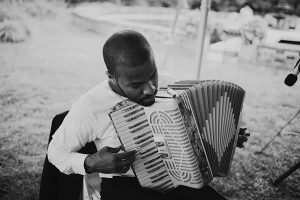 The planetarium was named in memory of Roger B. Chaffee, an astronaut from Grand Rapids who died in the Apollo 1 launch pad fire in 1967. It opened as part of the GRPM’s riverfront facility in 1994 and saw extensive renovation in 2014, Moore said. That renovation removed a giant console that occupied the middle of the 146-seat space, made the seating arrangement more comfortable and easier to access, and added a surround sound system, she said.

“The entire planetarium is run on an iPad and a computer system in the back,” Moore said. “It projects on the ceiling or on the sides. So there a big space in the middle of the room.”

FROM ‘DARK SIDE OF THE MOON’ TO EDM, FUNK AND MORE

For years, the planetarium has hosted popular shows set to the music of Pink Floyd’s “Dark Side of the Moon.” That show has been revamped for the renovated facility, Moore said. But the museum staff was looking for programs that would attract people ages 21 to 30. 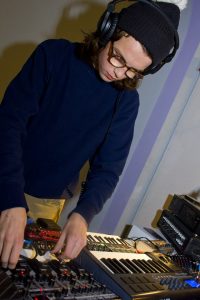 “We looked at … what genres of music would appeal to different audiences, what kinds of things do we want to expand into, what demographics are we not hitting with other types of programming,” Moore added, noting that the museum team used a focus group to hone the concert concept.

Still, live music is not a typical planetarium program. “It’s a little bit risky,” she said.

“I consider this really to be the gig of a lifetime, the opportunity to play in such a space and also working with Nate on the visuals to create a custom display there,” he said. “I’m very excited to be performing in that space. It’s such a unique, special kind of thing.”

For one thing, the planetarium’s dome makes it difficult to use a microphone, and that gives electronic music an edge, Tree said. He will plug his synthesizers and drum machine directly into the sound system. He said he expects the bass tones of his music to work especially well there. He is composing patterns and patches for the sequencer and plans to layer that with live work during the show.

“That’s going to be a completely unique set of songs that have not been played anywhere before,” he said. 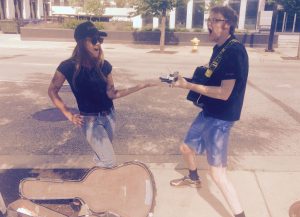 Tree has performed at the local electronic music festival Ambient Daze, as well as at the DAAC, the now-closed Camp H and the Masonic Center. He and Eizenga have performed together before.

“We’re both going to have the ability to improvise on the fly, but we’re also not going to be relying on that entirely for the evening,” he added. (Get tickets for the series-opening Jan. 19 show online here.)

“The greatest challenge is definitely sourcing video content. Only a handful of videos that I’ve used for other shows will work in the planetarium,” Eizenga said. “Too much will be cropped off to make it fit, or the video will be too distorted by projection onto the dome, or the focal point will be too high and end up directly over the audience. Almost all the content for the upcoming shows is new to me, which will provide a few challenges of its own.

“I look forward to working with the less electronic acts that are part of this project. I’m excited to see where I’ll have to innovate to make my style will work for them.”

Interim Planetarium Manager Emily Hromi said she has been working since April to bring her idea for a concert series to fruition.

“It’s an interesting space, objectively, and everything sounds great in there,” Hromi said. “We’ve got a top audio system. The type of music that works best in there is anything electronic.

“Personally, I love music and I love space, and I think those two things combined could be really magical.”