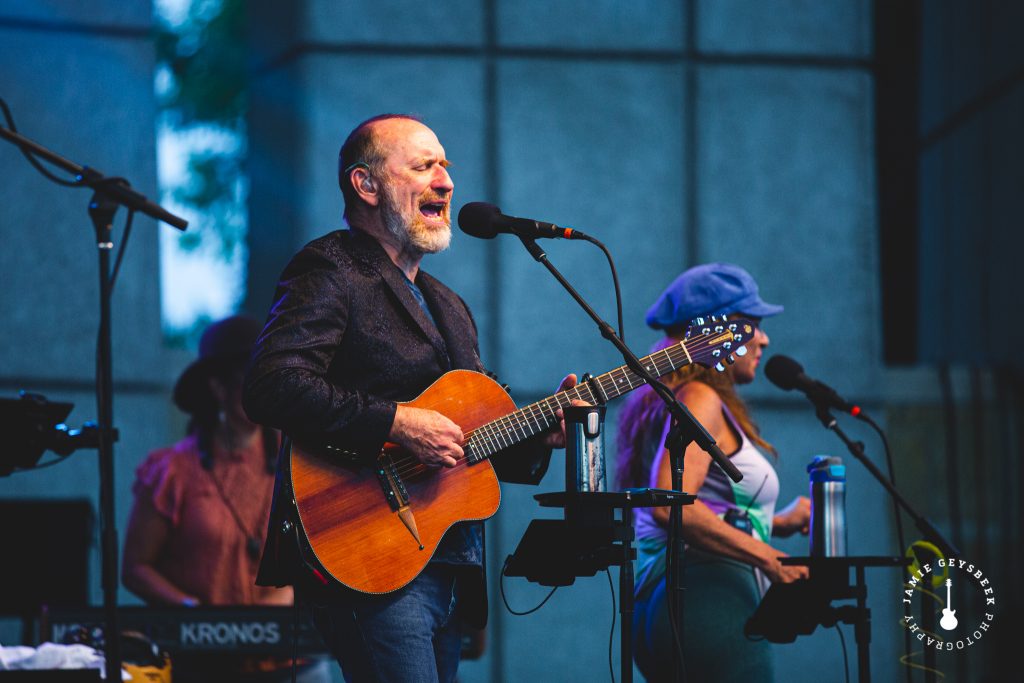 Poking Fun: Colin Hay did plenty of that along with uncorking a rousing set of music. (Photo/Jamie Geysbeek)

Anyone expecting the typical prim and proper evening at Frederik Meijer Gardens & Sculpture Park for Thursday’s Colin Hay performance was in for perhaps a bit of a gentle, welcome surprise.

Because, as idyllic and ideal as that venue and setting can be, even the biggest fan must admit things can be a bit tight-laced. Some might even say stuffy. That’s just simply a part of being a well-appointed, family-friendly venue in the land of buttoned-up “West Michigan nice.”

Hay, with his Scottish/Aussie roots, was having none of that self-seriousness, gently teasing the audience for our smug confidence in the superiority of our hometown (“Get your passport!”), while sharing humorous anecdotes from his Men at Work days about the artistic properties of weed and the creative impact of micro-dosing.

He playfully encouraged the mostly full amphitheater to go home and “enjoy” (wink wink, nudge nudge) the rest of the evening in whatever way they saw fit. He dropped many, many f-bombs. Australians and those from the United Kingdom tend to know how to take the piss, while being equally self-deprecating, and Hay is no exception. 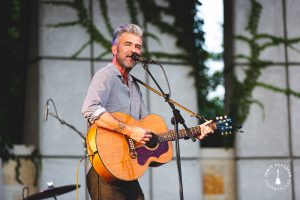 His between-song banter and quips about dimming ’80s pop stars were nearly as engaging as the musical spectacle he offered up with the able assistance of his killer five-piece backing band. (Special props to multi-instrumentalist Scheila Gonzalez, whose saxophone solos tore through the crowd and brought many to their feet.)

At just shy of two hours, Hay and Co. delivered nearly 20 songs, including a mix of Men at Work hits (“Who Can It Be Now?”, “Overkill,” “Down Under”) and solo work (“Come Tumblin’ Down,” “Can’t Take This Town”). Sprinkled throughout were a few from his recent release, “I Just Don’t Know What to Do With Myself,” a collection of cover songs “tied to memories and eras in his life.” Hay’s layered, reverent take on Glen Campbell’s “Wichita Lineman” was another highlight.

Perhaps channeling some of the same good meteorological energy enjoyed by this week’s Tuesday Evening Music Club, an early threat of thunderstorms dissipated by showtime, with some sporadic sprinkles generously killing the humidity and making for ideal temps.

Hometown darling Brian Vander Ark kicked off the evening with an impassioned set of songs spanning his solo career and his days as the frontman for the Verve Pipe. 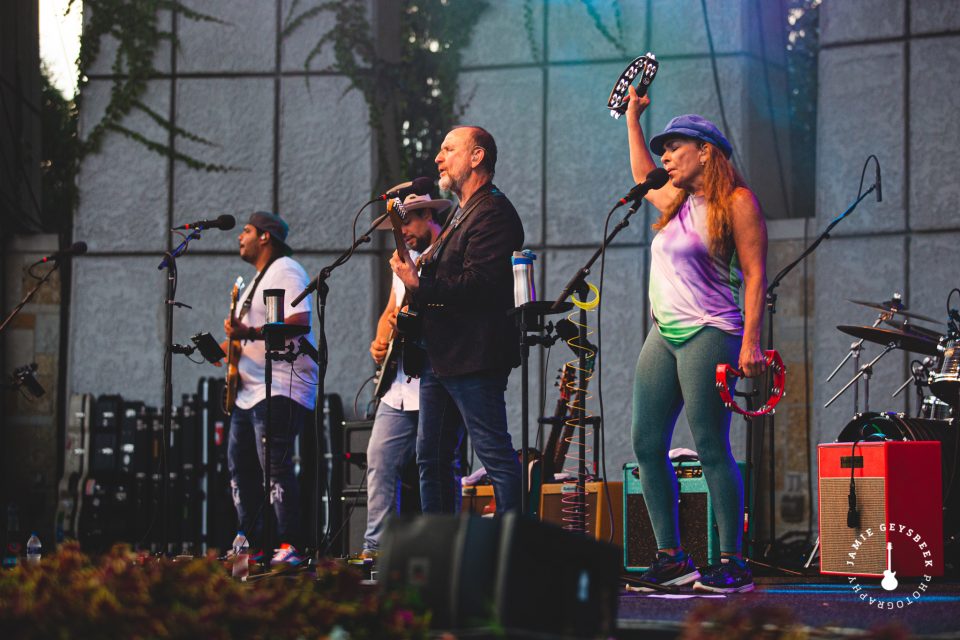 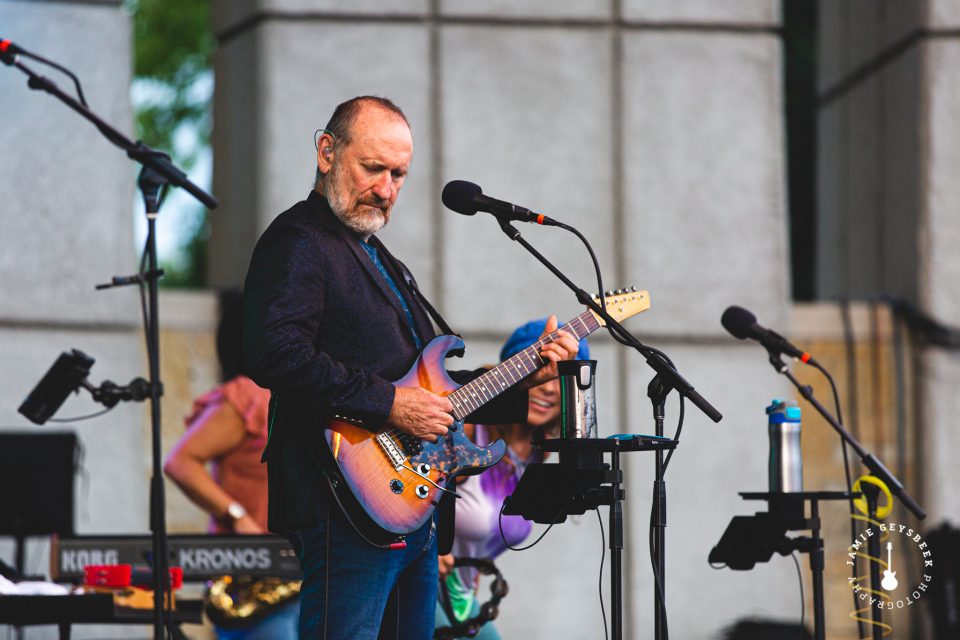 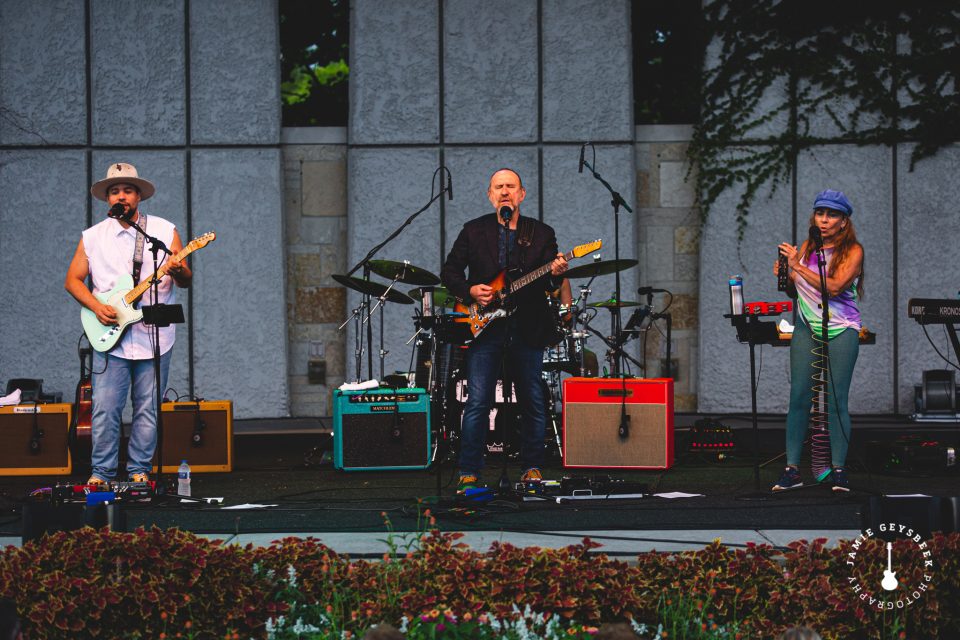 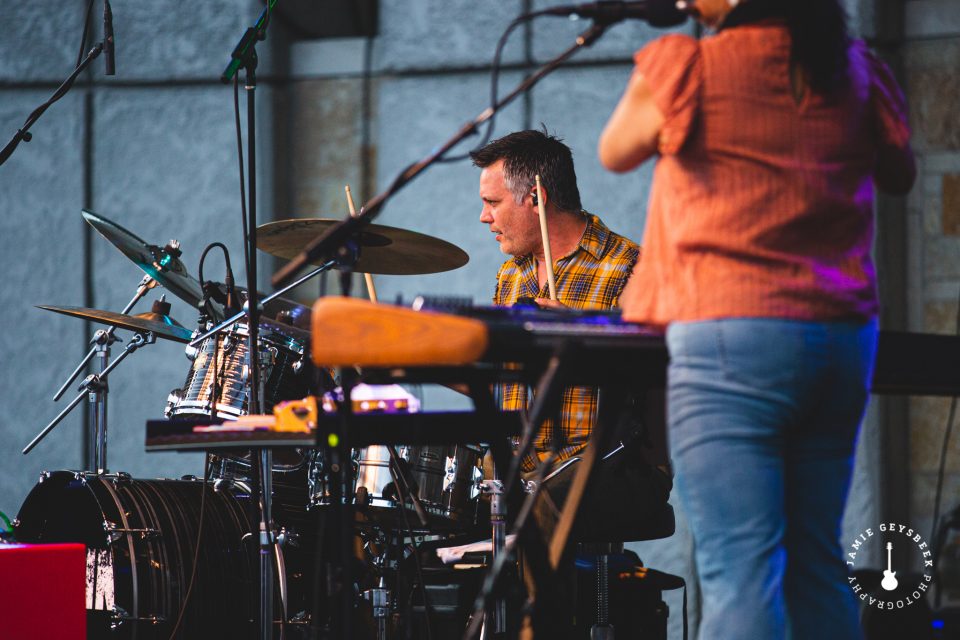 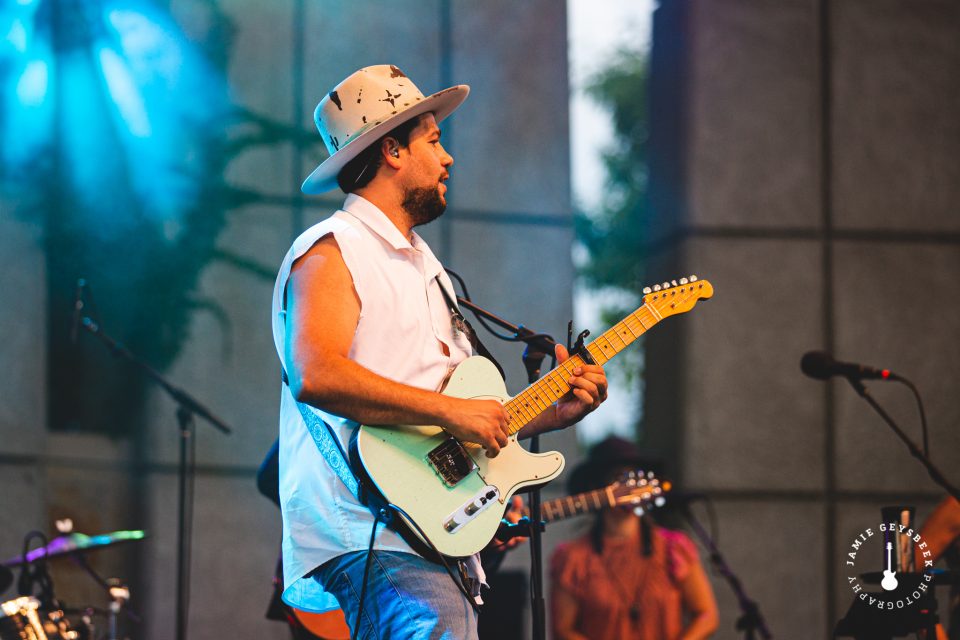 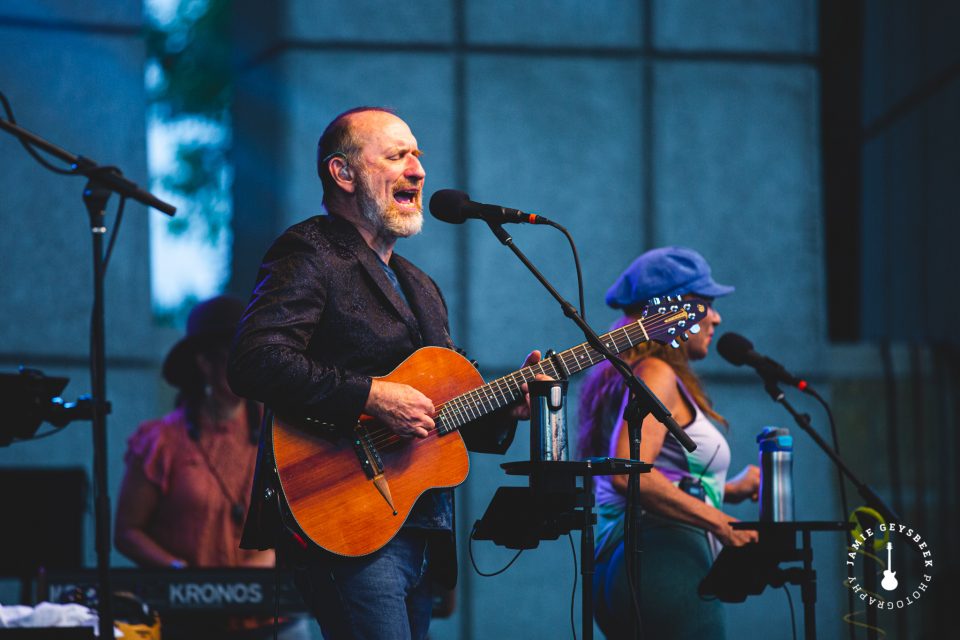 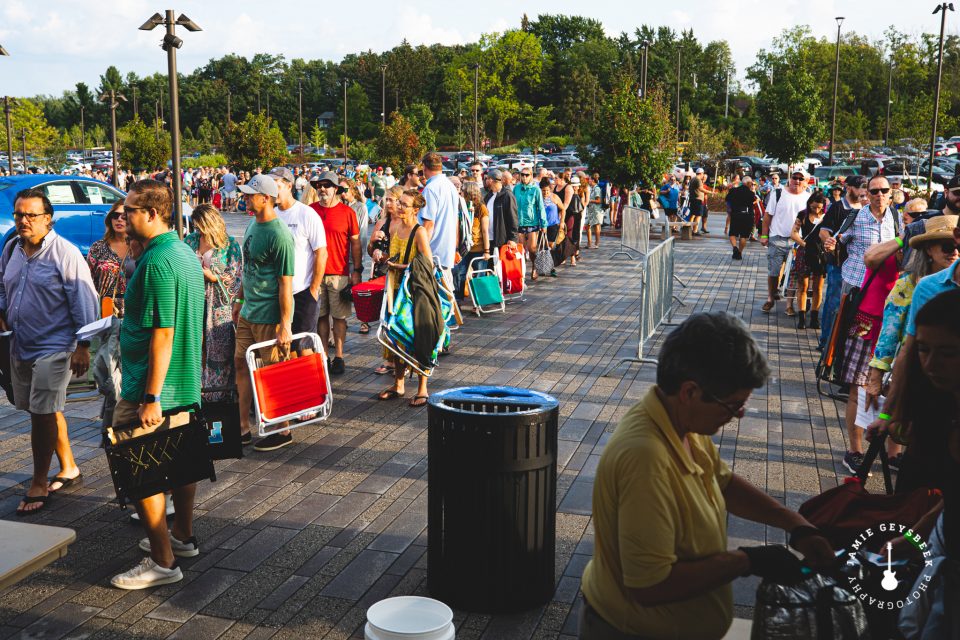 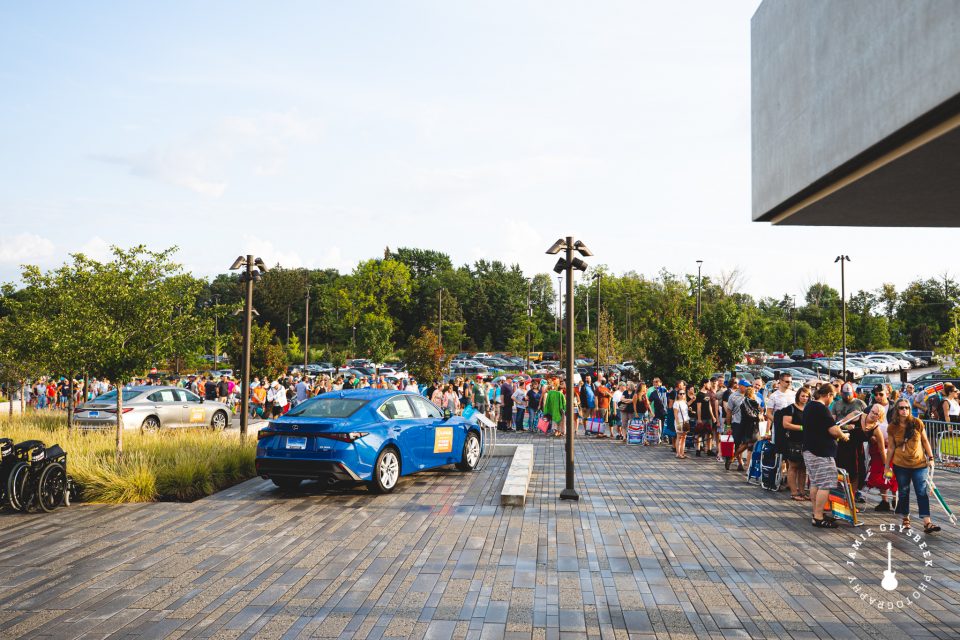 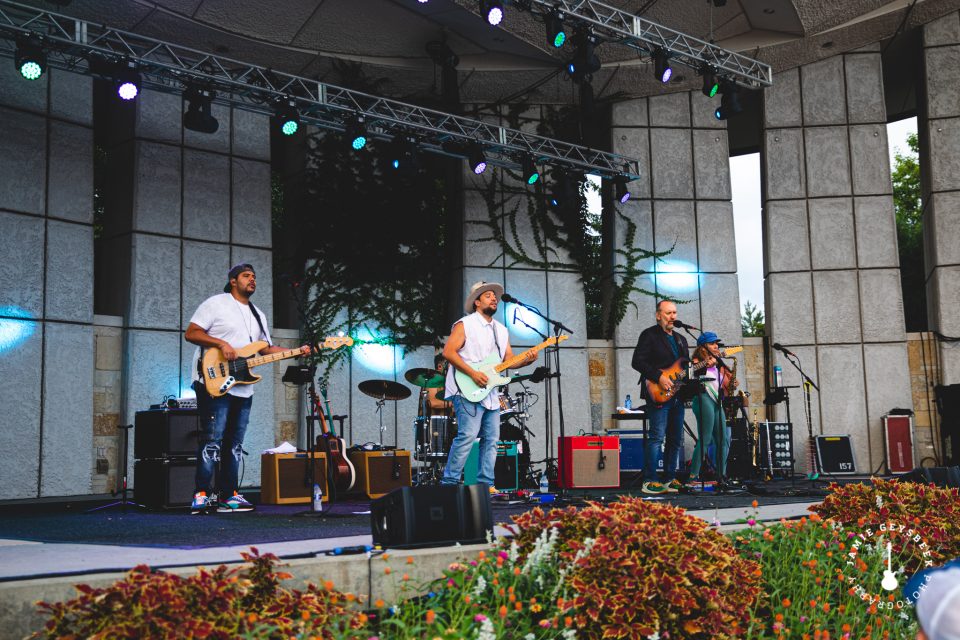 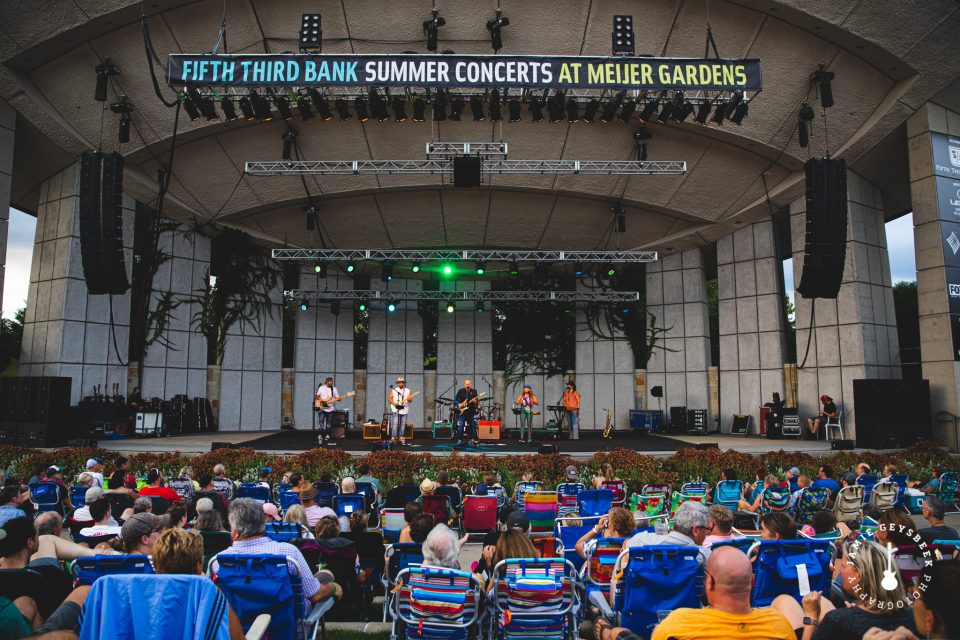 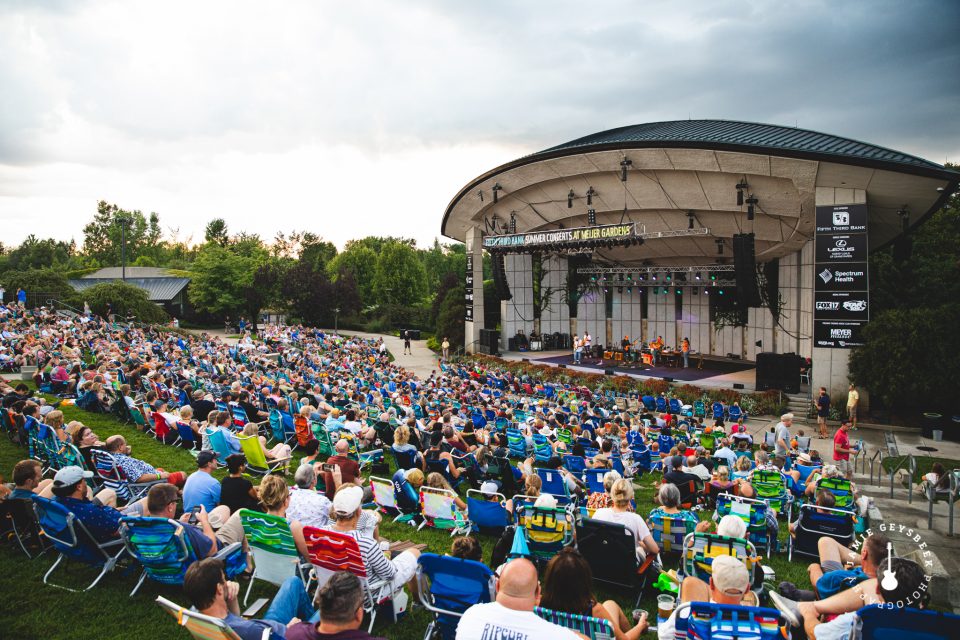 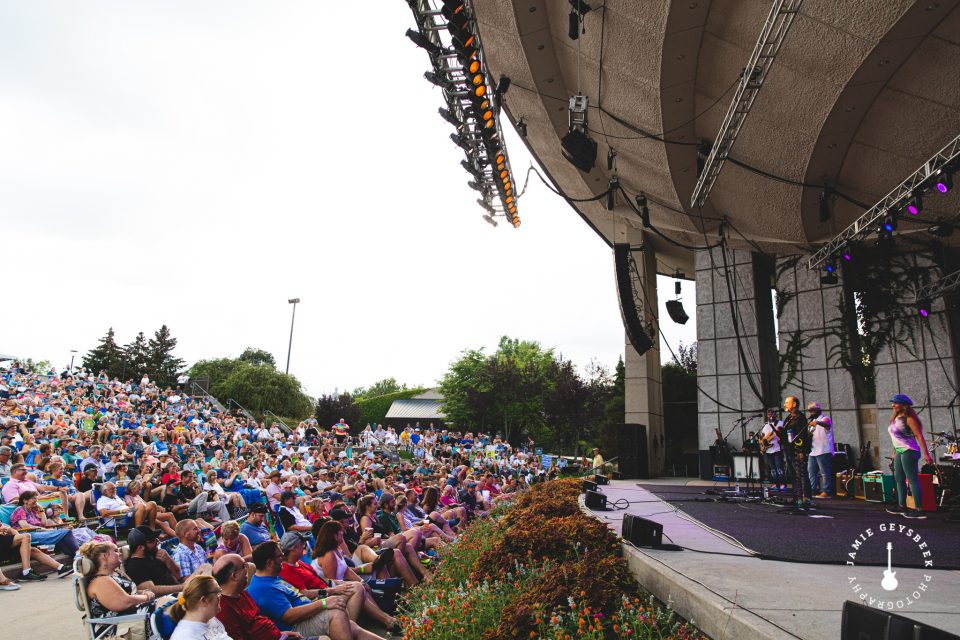 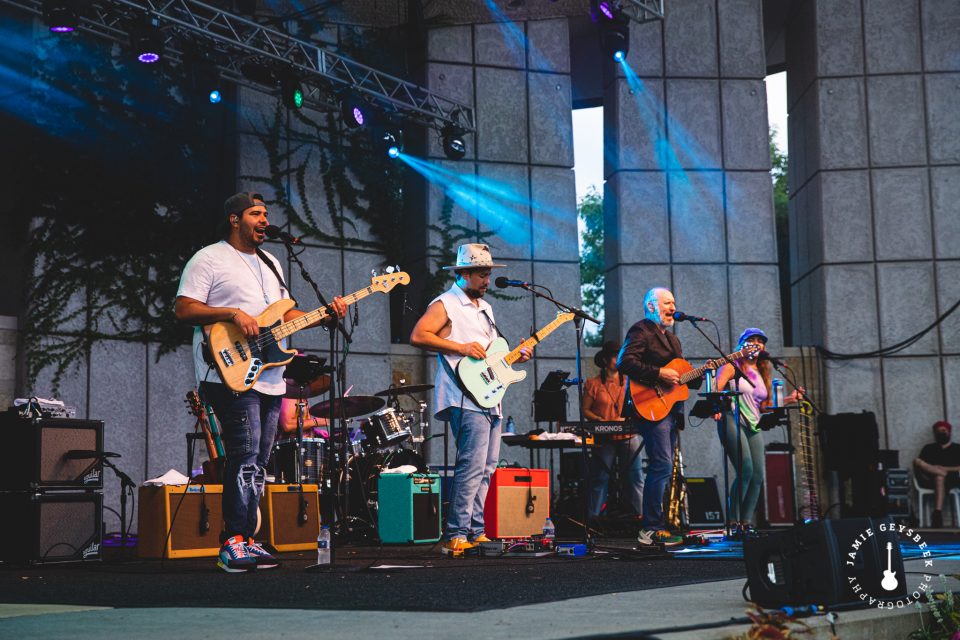 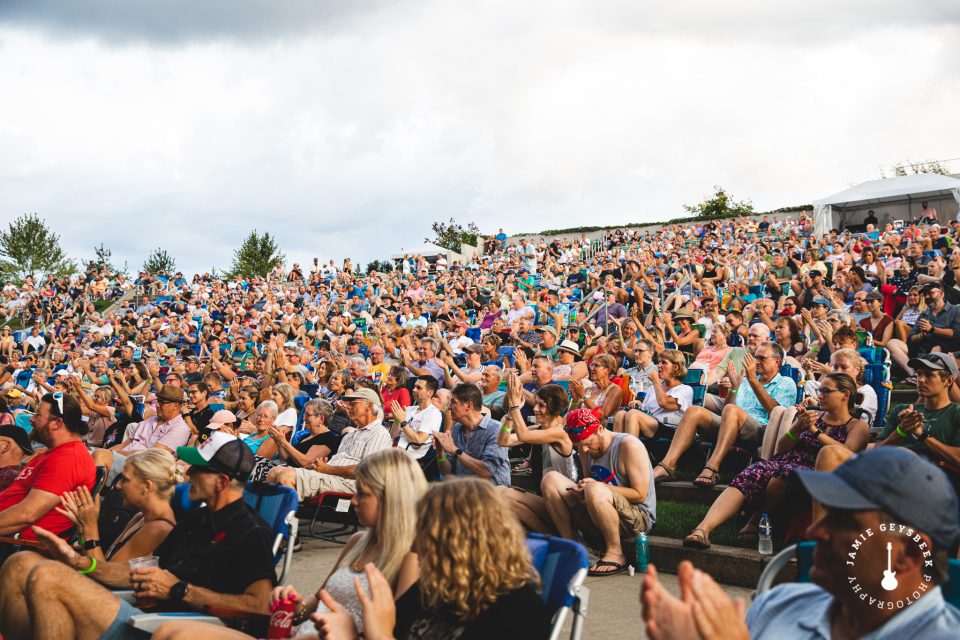 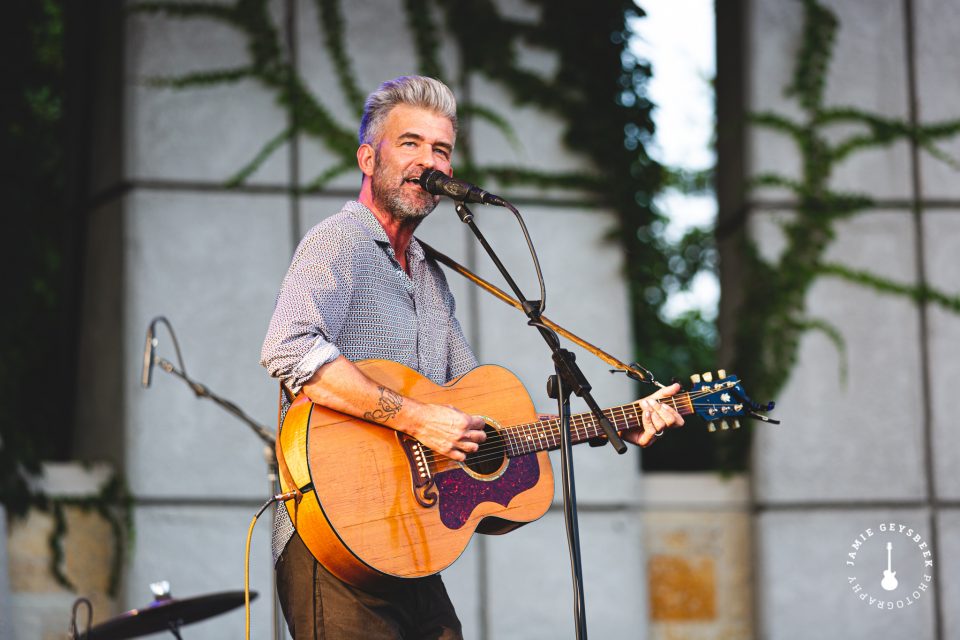 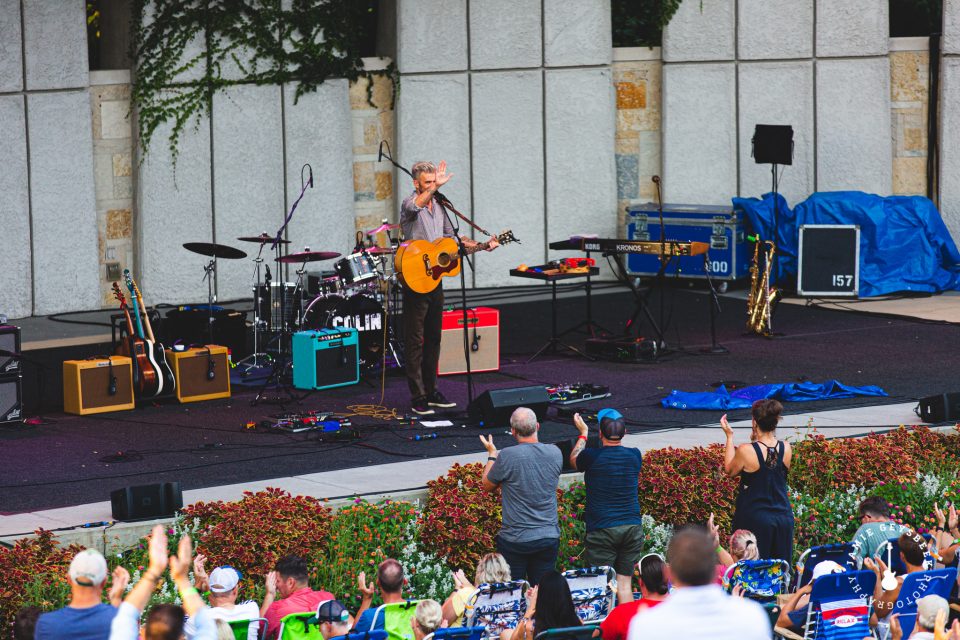 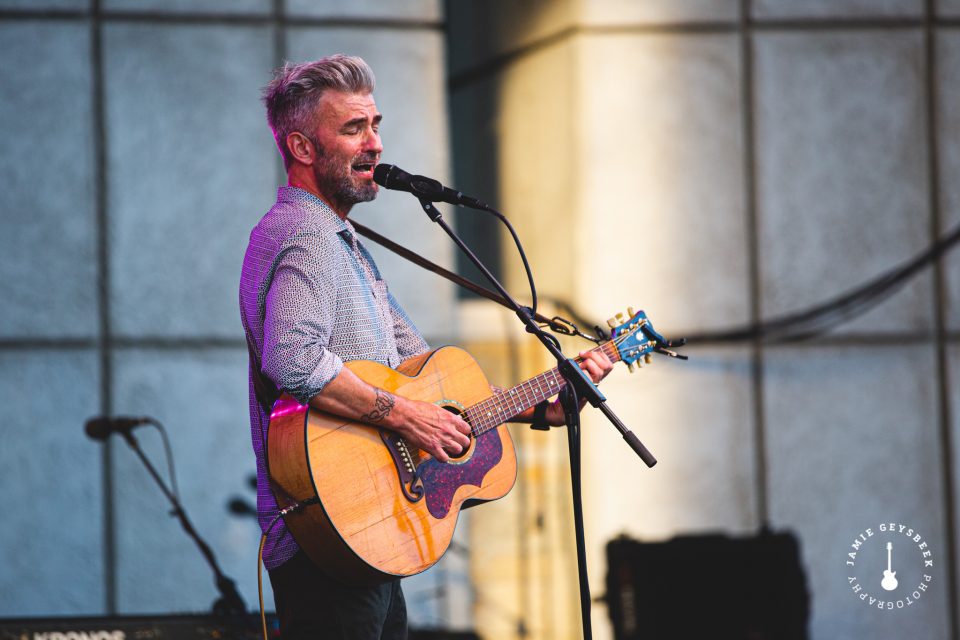 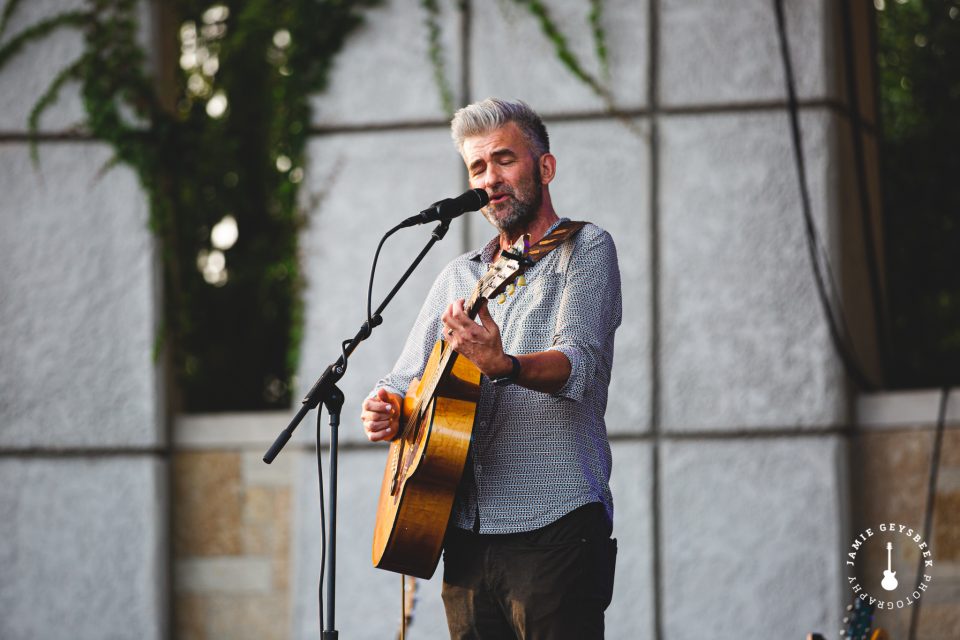