After a whirlwind year, the soulful Americana duo has more thrills to come: They’ll make their debut at the Ann Arbor Folk Fest, Bonnaroo and more in 2018. Learn more in this exclusive Local Spins interview. 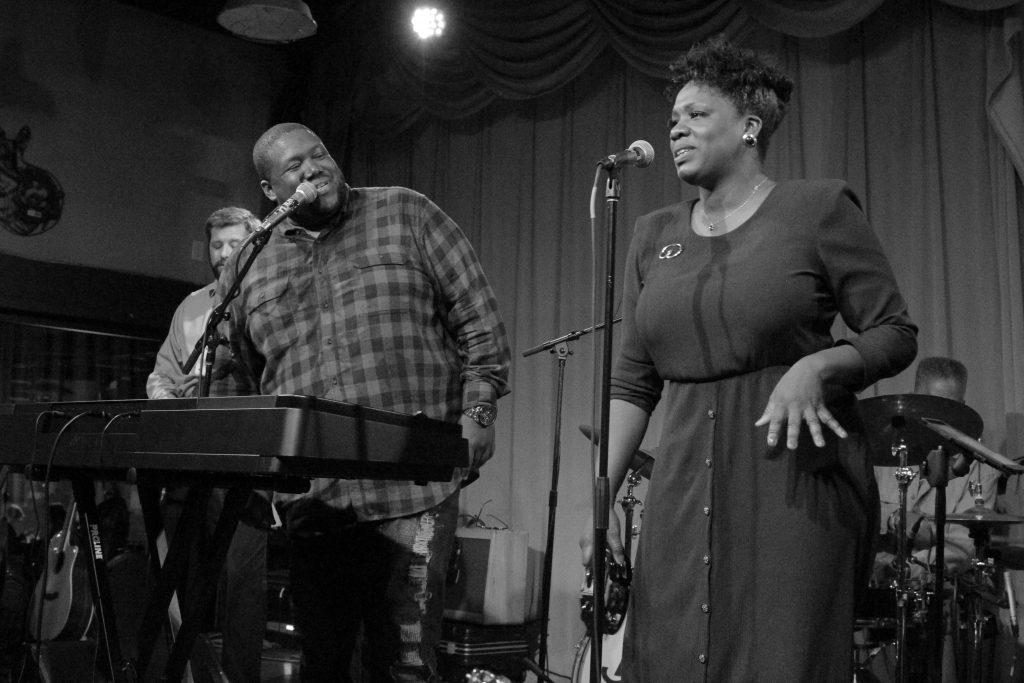 Representing Michigan: The War & Treaty have gone national but they cherish their Michigan fan base. (Photo/Anna Sink)

With every interaction, both on and off stage, The War and Treaty radiates compassion, for each other, but also for everyone they encounter.

From their joyous, soul-bursting performances to the menial task of fielding a phone interview mid-rehearsal, there’s a disarming and endearing quality to Michael Trotter Jr. and Tanya Blount’s sweet-as-sugar voices. They’re a lovable pair, overflowing with infectious joy, with a knack for producing laughter that harmonizes as beautifully as any note they sing on stage.

“Tanya and I talk about this all the time, but we both emphatically feel grateful, because we recognize the magnitude of the opportunity to be able to touch someone’s life with music,” Trotter says by phone from Nashville. “Not just the music, but the way we love each other on and off stage has been a highlight … for the fans, but really for our marriage too.”

“We really didn’t think that we would be doing this, so every chance we get to be on stage is treated like our last time,” adds Blount. “If we get to do this three or four times a week we should be giving it our all. When I met Michael I had fallen out of love with music, so it’s kind of like when you’re in love with something, you give it your all. You wanna give everything that you have to that experience.”

After forming in 2015, the Albion-based husband-and-wife-duo has been an unstoppable force, captivating audiences with their enigmatic energy and performances that can only be compared to a runaway train of soul and sweat, releasing their debut album, “Down to the River,” last year. (Read more about The War & Treaty’s background in this Local Spins Artist Spotlight: The War & Treaty charge up ‘gospel revival feeling’ with fiery live shows)

In 2017, the band toured extensively around the country, played Nashville’s AmericanaFest, shared the stage with Buddy Miller and received write-ups in No Depression, Paste Magazine and Rolling Stone. They’ve spent a lot of time in Nashville writing, are working with a new band and have linked up with a couple of producers while negotiating what they term “a major recording contract.”

GETTING TO PERFORM WITH JOHN PRINE, SHARING THE STAGE WITH FOLK STARS

This weekend, the musical collective plays the Ann Arbor Folk Festival with a full band and will garner yet another impressive nod by joining country/folk singer-songwriter legend John Prine on stage for his closing number Saturday night. 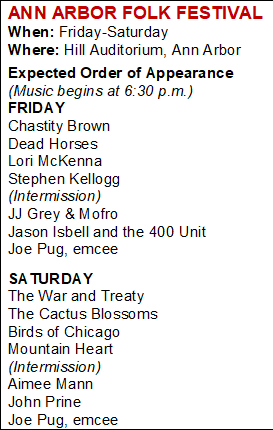 A few stray $42.50 and $60 tickets were still available early this week for Friday night; check for tickets online here. Saturday’s show is sold out.

“Just being able to say we’re artists for the Ann Arbor Folk Festival is humbling,” says Trotter. “But being able to see John Prine and get on stage with him and sing his closing number with him … it’s just amazing. We understand what it means to the city of Ann Arbor and the city of Detroit. It’s been such a huge staple to the community.”

The folk festival marks the first of many prolific festival stops for the band this year, including slots at Bonnaroo Music and Arts Festival, Shaky Knees Music Festival and New Orleans Jazz and Heritage Festival, as well as other major festivals that “can’t yet be announced.”

JUMPING ‘UP AND DOWN’ UPON LEARNING OF BONNAROO BOOKING

“We jumped up and down and went crazy,” says Trotter, upon hearing the news about playing Bonnaroo, a major U.S. festival taking place in early June in Tennessee that will find the pair alongside Eminem, The Killers, Muse, Sturgill Simpson, Bon Iver, Paramore and a host of other superstar acts. “There’s so many people on that festival we love and respect. Being able to do that festival and represent Michigan is a huge honor.” 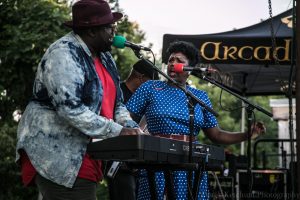 Lighting Up Festival Stages: The War & Treaty will hit many of them this year. (Photo/Derek Ketchum)

In regards to the whirlwind of a year the band has had – the travel, the larger stages, the growing crowds, the national spotlight – the couple is wholeheartedly embracing the journey.

With a spirit of enthusiasm, Trotter and Blount relay a busy schedule ahead of them for 2018. They plan on writing new music and touring extensively, but also want to maintain a sense of community with their home state.

The duo has regularly made efforts to connect with and support fellow Michigan artists: They recently collaborated on a co-write with Lindsay Lou Rilko, had the opportunity to catch Rachael Davis’ set at Bluebird Cafe in Nashville, and had a creative conversation with May Erlewine, one of the couple’s ‘favorite artists, period.’” (All three of those singers comprise The Sweet Water Warblers, who play three West Michigan shows this weekend.) 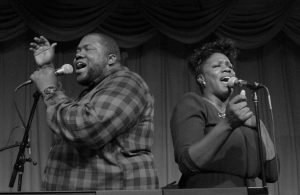 Making a Difference: The mission of The War & Treaty. (Photo/Anna Sink)

Even with the ever-growing spotlight, maintaining their loyalty to Michigan is important.

“People in Michigan just have this uncanny knack to fight for what they believe in. I’m so happy to be apart of that. I see that in other artists. We may go outside of Albion to do work, but Albion’s home and we get to represent it on a major stage,” says Trotter. “It’s just a wonderful sort of responsibility.”

Regardless of whatever may be in store for the next year, in the end, the couple’s permeating hope is to connect with others through their music and spread a message of hope and love.

“We simply believe in our music. We really believe that our songs can make a difference,” says Trotter. “I want people to be able to listen to our music and say they didn’t see any color, they didn’t see any segregation, any hate. They saw a band that loved the entire world and wanted to give everything they had to make the world a better place.

“That is our mission. That’s why we do what we do.”

VIDEO: The War and Treaty, “All I Wanna Do”