Bob Seger, Michigan’s favorite rock son, had much to say about touring in 2006 after a 10-year hiatus. As he hits the road again, with a ticket pre-sale Thursday for a March Grand Rapids show, here’s another look at that revealing interview. 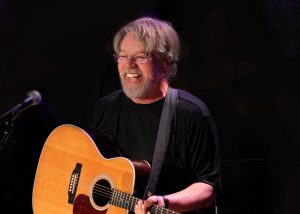 All Smiles: Bob Seger is a “Travelin’ Man” once again, hitting the road starting in late February, and playing Grand Rapids in early March. (Photo/Peyton Hoge)

Or at least, I don’t ever forget meaningful and penetrating interviews I’ve been fortunate enough to conduct with some of rock’s icons over the years. And few have been as down-to-earth and comfortable as those with Michigan’s legendary Bob Seger, a regular guy who just happened to soar to superstar status and a spot in the Rock and Roll Hall of Fame while staying loyal to his Great Lakes State roots.

With Seger and the Silver Bullet Band set to hit the road yet again – this time playing Grand Rapids’ Van Andel Arena on March 5 with pre-sale tickets available to fan club members at 10 a.m. Thursday and to the general public at 10 a.m. Saturday – Spins on Music has resurrected a penetrating 2006 interview I conducted with the rock singer prior to his first tour in 10 years, a tour that kicked off in Grand Rapids.

Although highlights of that chat first appeared in The Grand Rapids Press, much of it has never been made public and some of Seger’s responses remain relevant today – concerns about his voice, excitement about the Detroit Tigers, passion for his family, the challenges of recording – as the 67-year-old singer prepares for another national tour while continuing work on a much-delayed new studio album. (Word is, he’s still working on that project, with “no new tracks just yet.”)

So “Turn the Page” back in time and revisit a candid and upbeat Seger, who talked to me during a break from rehearsals for his 2006 comeback tour which opened at Van Andel Arena.

Q: Are you trying to protect your voice by taking a day off between shows on the tour?
A: That’s what we did in the last tour. There’s a point in my voice that everyone likes that’s kind of high so it is kind of hard on my voice. Especially the rockers are very, very taxing. It’s very physically demanding and … I’ve always got that day to recover and rest a little bit. It really, really helps. At 61, I’ve just got to take it easy. 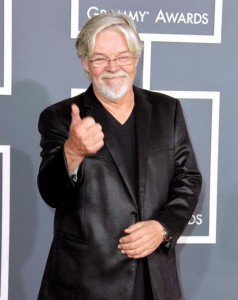 Thumbs Up: Bob Seger is ready to rock the tour circuit yet again.

Q: What was the process of recording (2006’s) “Face the Promise,” your first album in more than 10 years? What took so long?
A: You can never really get perfection. The problem is you fall in love with every song you write and you don’t want to go any further because that means you’ve got to get rid of something. I think these (12 songs on the album) are the best ones and we’ve got another 20 that didn’t make it. I just kept recording and kept at it until I felt I had something that I couldn’t improve on. It wasn’t so much the players as it was the songs. You remember all these things that could make a record sound better. It just took a lot of time. I wanted it to be as good as I wanted it to be.

Q: What about your decision to finally go back out on tour?
A: I think I got the most pressure from the kids (Samantha and Cole). They were 3 and 1 when I last toured and they don’t remember it at all. Now, they’re 11 and 13. They really want to see it and they come in the studio and say, ‘I’d love to hear you play it live.’ They’ve been down to a couple of practices and they’re really excited.

Q: Ironically, that’s one of the reasons you haven’t toured, because of the kids.
A: That’s it exactly. Tomorrow, I’ve got to go do ‘CBS Sunday Morning’ and be done by 3 p.m. because it’s my son’s last cross country meet of the year. I try to build everything around them. That’s the way it’s been. Now, they’ll come up on weekends to see some of the concerts. Physically, I don’t know. It’s the great unknown. At 61, I don’t know how fierce it’s going to be on me.

Q: Were there themes on this album you wanted to explore?
A: The original theme was about the future as a parent. I became a parent at age 47 and you start thinking about your kids’ future. You think about what kind of world we are going to leave them. I started thinking about rampant consumerism, the war. One out of five people will get Alzheimer’s and those things were floating around in there because my aunt had Alzheimer’s. Now, my wife’s father has it and he’s like 77. It’s such a heartbreaking thing. There were just things that were around me and things that I want my kids to look out for in the future. ‘Face the Promise’ was written in 1997 or 1998 … kind of like for them. What’s the future going to be like? We’re going to have to face it now. … Technology is growing at such a rapid rate, the changes the next 30 years are going to be spectacular.

Q: You’ve written several anti-war songs over the years and there’s another one, “No More,” on your latest album. What compels you to write about President Bush and the war?
A: I couldn’t leave it alone. The song is written directly to him. One of the string players told me when they recorded the song that I had the perfect line: ‘No one gets to walk between the rain.’ Eventually, he’s going to have to answer for all this. Enough said. That’s what I feel about it. I couldn’t be more clear. 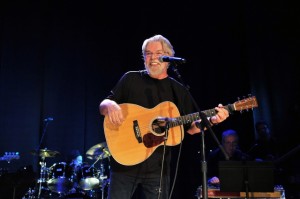 Q: What was your reaction to being asked to sing “America the Beautiful” before the Detroit Tigers’ World Series game at Comerica Park?
A: Like everybody else in Michigan, we’re caught up with the Tigers. What a great story it is. Twelve straight losing seasons and they’re in the World Series. It’s such a wonderful story. There’s (pitcher) Kenny Rogers, who’s just killin’ ’em. They called me about it 2-1/2 weeks ago and I said if they get in the World Series, I’ll be there. Like any other person from Michigan, it’s a great story. It just gives everyone hope. We’ve had our share of setbacks in Michigan.

Q: Why are you such an overwhelming favorite son in Michigan?
A: I think I’ve built up so much good will in 40 years. I started getting played on CKLW in Windsor and locally, we had a bunch of singles that were really good and then made national noise. I guess I’ve built up so much good will by living here, staying here and trying to do really good shows. The good will has just paid off. So many times I get these young people coming up to get autographs for their parents.

Q: What can people expect on this tour? What are your hopes for your first concert in 10 years?
A: We’re going to work some of the new stuff in and I think it really works well live. We’ll give ’em some stuff that they’ll be unhappy if they don’t get, like ‘Turn the Page’ and ‘Old Time Rock and Roll.’ It’ll be a nice mix. … I’ve got to save my voice and … make sure I’ve got enough firepower for that. I just hope it paces out well. You can never really predict that. You can never really predict how audiences react to that. I hope what looks good on paper will work live. That’s the great unknown, to see how it flows.

Q: How is it getting back together with the Silver Bullet guys after all these years?
A: It’s great. I love going to work every day. We’re having a great time.

Editor’s Note: About five months later, as the tour was winding up, I interviewed Seger again. He was clearly happy with his return to the road. Here are some of his responses from that follow-up conversation.

Q: What about your voice?
A: That’s been not a problem, but a lot of upkeep. You have to follow strict rules when you’re not on stage. When you’re 61, you have to drink tons of water. I sleep with a vaporizer and take throat lozenges. I do absolutely no talking after the gigs. It’s a bit like being in jail.

Q: What’s been the best thing?
A: I would say how well the band played everything. I think they’re playing better on this tour than any tour we’ve done. Songs that I was tired of, like “Old Time Rock and Roll,” sound better than they ever have. … I don’t think we’ve had a complacent audience yet. It’s really been amazing. … It’s really been a great experience. It really has. I couldn’t be more pleased.