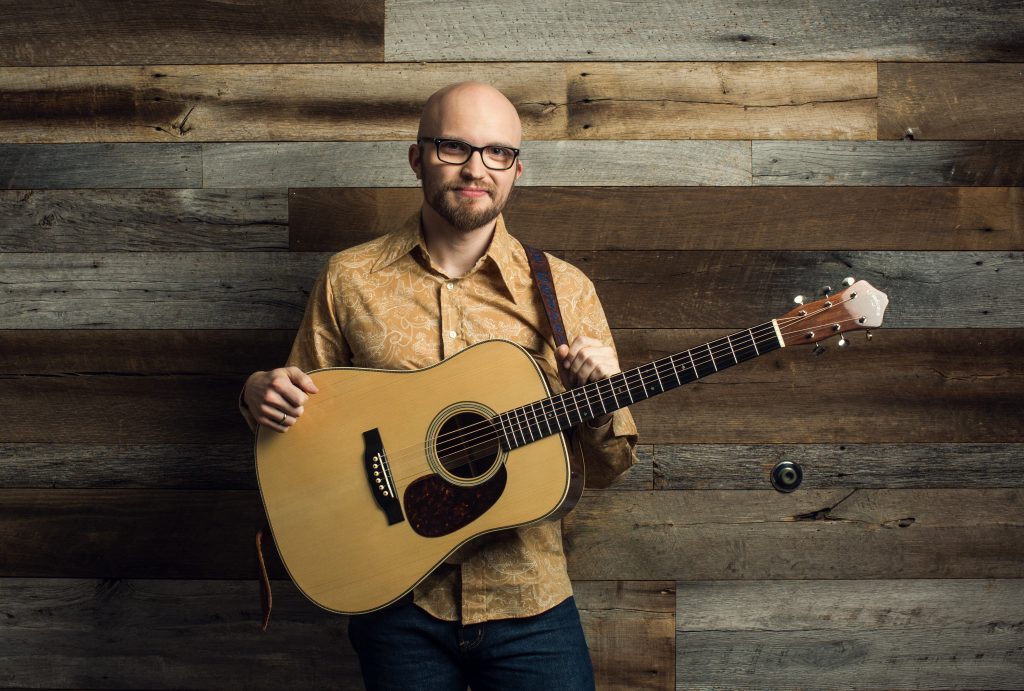 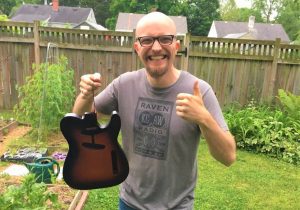 Something to Behold: Griffin has been impressed by the community of WYCE.

Griffin, 30, will significantly deepen his involvement in that scene later this month when he takes over as station manager for Grand Rapids community radio’s WYCE-FM (88.1).

The Community Media Center on Friday named Griffin to the post, succeeding Quinn Mathews, who’s held the job the past two years. Mathews is leaving to take over operation of the new, 200-seat Studio C Listening Room set to open next year in the multi-million-dollar Studio Park project south of Van Andel Arena. (Read more about that here.)

“After moving up here and starting to play with Fauxgrass, I was absolutely floored by the vast array of talented local acts and I immediately saw how warm, accepting and excited everyone was about our scene. Naturally, it all rubbed off on me,” said Griffin. “This passion for local music combined with my experiences as a professional musician and educator have given me a broad skillset that will be essential in this important role.”

He added that he has the “passion, real world experience and a hunger to expose more of the community to our valuable resources.”

Griffin, who graduated with a music degree from Denison University and later earned a master’s degree from Boston’s New England Conservatory of Music, toured for years with Verch and later performed as a member of the bluegrass band Newtown. He moved to Grand Rapids in 2016 after his wife, Quinn, landed a position teaching in the classics department at GVSU. 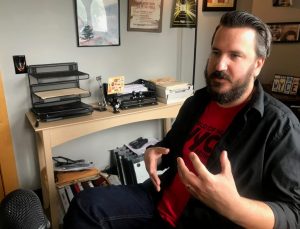 Community Media Center executive director Linda Gellasch said Griffin was chosen from a host of applicants because he brings a “collaborative and innovative energy” to WYCE.

“Our volunteers and the station’s commitment to community engagement are the binding factors for everything,” Griffin said. “We are a grass-roots organization that provides a platform entirely dedicated to connecting local residents to the vibrant pool of musical talent in West Michigan. On-air programming, live concerts, community partnerships: they are all for the benefit of our local citizens and I think that is something to behold.”

Mathews said he could tell within minutes of interviewing Griffin that he had what it takes to run the community radio station, regarded as the region’s leading purveyor of local music with an eclectic blend of genres unfurled by an army of volunteer programmers.

“We are really lucky to have this guy in our community here in West Michigan and now helping steer the ship of this wonderful community radio station,” he said.

“West Michigan has one of the most diverse, tight-knit, highly talented concentrations of musical talent I have seen in my travels across the U.S.A.,” he said. 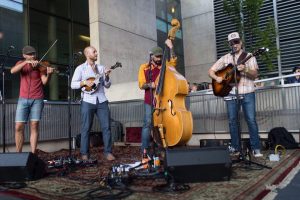 “I was well aware of the scene up here before we moved thanks to the likes of Mustard Plug and The Verve Pipe, but my expectations were wildly exceeded. I love all kinds of music – classic rock, country, bluegrass, punk, new wave, hip hop, EDM, and there is all of that and more in West Michigan. I love Grand Rapids specifically because on any night of the week, I can stumble out my front door on the West Side and make it to a world-class show within a 20-minute walk. I have discovered so many great artists this way: Desmond Jones, Jake Kershaw, The Crane Wives, Lipstick Jodi, Drew Howard, Jesse Ray & the Carolina Catfish, the list could go on forever.”

Griffin – who also owns the Built to Last Music Notes transcription business – will spend the next few weeks in training, aided by Mathews in the transition of WYCE leadership.

“WYCE is my number one concern. I will still continue to teach and take gigs as time allows, but my responsibilities at GVSU have been passed off and the days of constant touring are long behind me,” he said.

“The Fauxgrass guys all balance work and playing too. We are all committed to our jobs and fit music in where we can. Right now, I am highly focused on using my skills as an educator and performer to enrich the offerings and outreach potential of WYCE.”