The Grand Rapids rock band with a competitive edge releases a new EP this weekend, still aiming to “have a good time … and be happy.” Read the back story about this group of friends and listen to a new song. 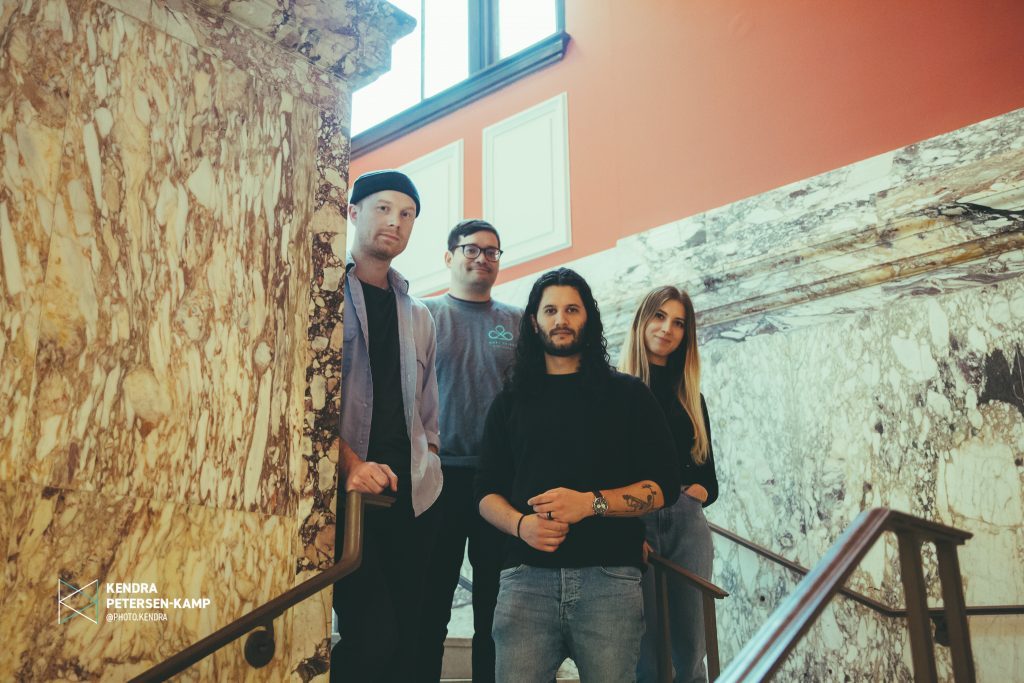 THE BAND: Blanca Luz
THE MUSIC: Post-garage wave with indie influences.
WHERE YOU CAN SEE THE BAND: 9 p.m. Saturday (May 18) at The Pyramid Scheme in Grand Rapids, a dual album-release show with The Howlers (plus FLUSHED); June 21 at The Intersection in Grand Rapids, with Valentiger, HandGrenades and Legume.

SCROLL DOWN TO LISTEN TO A SONG FROM THE NEW EP

More than anything, Blanca Luz is a “no gimmicks” band.

And with a brand new EP, “Elevators,” set for release Saturday (May 18), the Grand Rapids rock band is itching to finally bring some fresh tunes to their high-energy shows.

“We’ve all been doing this for over a decade, and everyone always has some kind of a niche thing or gimmick in their band, and one of the cornerstones of Blanca Luz is no gimmicks,” lead singer Luke Shoemaker said. 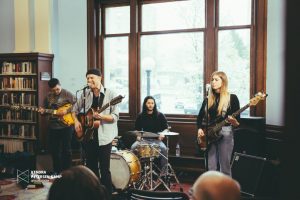 Winning the Night: Blanca Luz aims for a good time and a tight performance. (Photo/Kendra Petersen-Kamp)

Recorded with Matt Ten Clay at Amber Lit Audio in Grand Rapids, the EP will be much different than the band’s 2016 record, “Be Serious,” partly because Blanca Luz has two new band members, with a totally different drumming style.

Initially formed by Shoemaker and bass player Olivia Rivera, other Blanca Luz members have come and gone, but the band in its final form includes the founding duo, plus drummer Grant Floering and guitarist Cedric Canero.

With demanding day jobs, the project serves as an after-hours outlet for members’ creative sides and, of course, just plain “fun” – something that clearly inspired the band to name the group after lettering spotted on a cardboard box in its rehearsal space.

That doesn’t mean they’re not above getting a little competitive when it comes to performing with other bands.

‘FRIENDS FIRST,’ AND COLLABORATING ON EVERYTHING

“We just wanna win the night,” Shoemaker said. “Doesn’t mean that we don’t like the bands or they’re not good, but we just need to be the best that night because we don’t get to play that often.”

The band hosts a dual-album release show Saturday with The Howlers at The Pyramid Scheme in Grand Rapids. FLUSHED is also on the bill; tickets for the 21-and-older show are $10, with details here. Doors open at 8:30 p.m.

Not surprisingly, Blanca Luz prides itself on being an extremely tight band of musicians who are close friends off-stage, too.

“We were all friends first,” Rivera said.

“We get up there and we have a good time and I think it translates to the audience pretty well because … sometimes you see a band, and they’re f—– awesome, but they’re way too serious,” Shoemaker added.

“You know? Especially because … this is Grand Rapids, Mich. This is not L.A. or New York or Nashville. Like everybody knows everybody, it’s not that big of a deal.”

The band maintains a highly exclusive group chat dedicated to sharing memes with each other and collaborates on everything it produces and writes.

OPEN TO TOURING BUT REJECTING THAT SIGNING-TO-A-LABEL THING

”It could take us a really f—— long time to finish a song, but once we do it, Olivia writes a really cool bass line that I could have never thought of, Grant takes the whole road map of the song, turns it on its head and makes something different, and Ced has been doing a lot more s— with pedals lately, so his guitar is less abrasive and full of texture. I think it’s a big collaborative effort,” Shoemaker said. 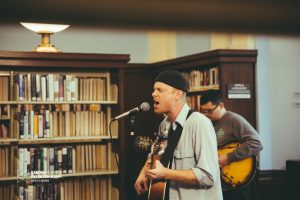 Keeping It Low-Key: Blanca Luz at the Grand Rapids Library for Music in the Stacks. (Photo/Kendra Petersen-Kamp)

While band members have little interest in becoming a “big name” in music, they’re open to touring outside of Grand Rapids for a few shows and playing more festivals where energy levels are high. But mostly they’d just as soon keep things low-key while having a good time and avoid turning the project into a high-stress job.

“If a band is signed to a label it doesn’t mean anything anymore. There are so many caveats to that truth,” Shoemaker explained.

You can have a band in Grand Rapids and have a good time with your friends and be happy, which is gonna extend your life, and make you healthier, rather than spend an insane amount of mental capacity to try to tour and bust your ass to get somewhere, and when you realize once you’ve gotten there, all these people want is to make some money off of you.”

Getting a little more passionate, Shoemaker added: “I daydream of telling a label rep to go f— themselves, the highlight of my career.” 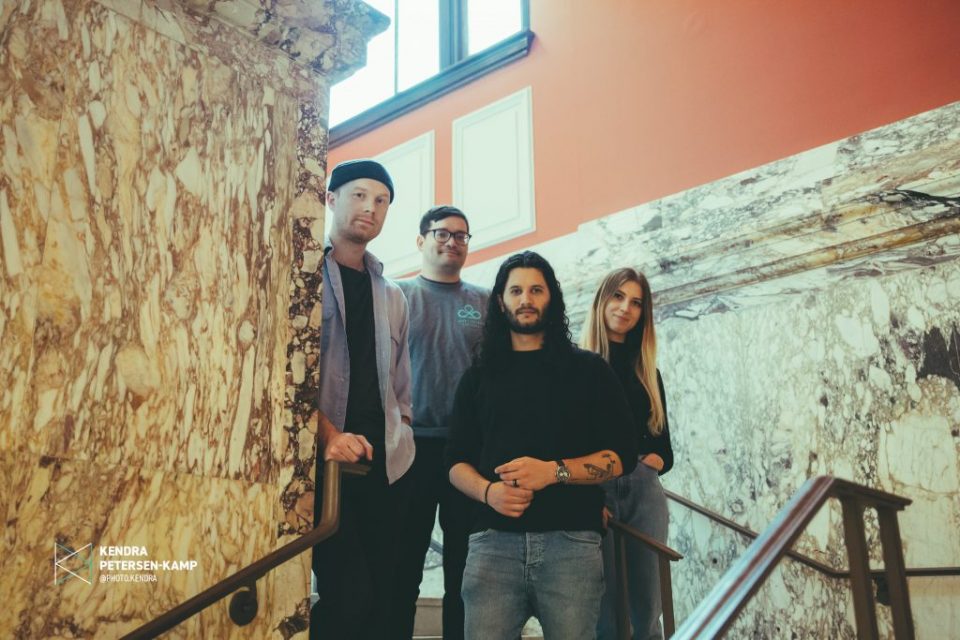 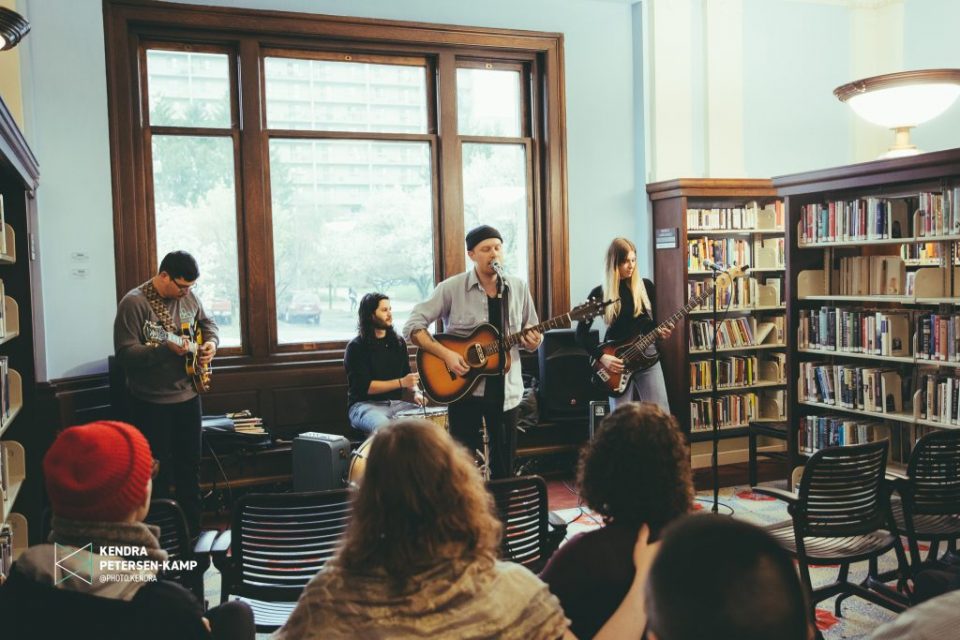 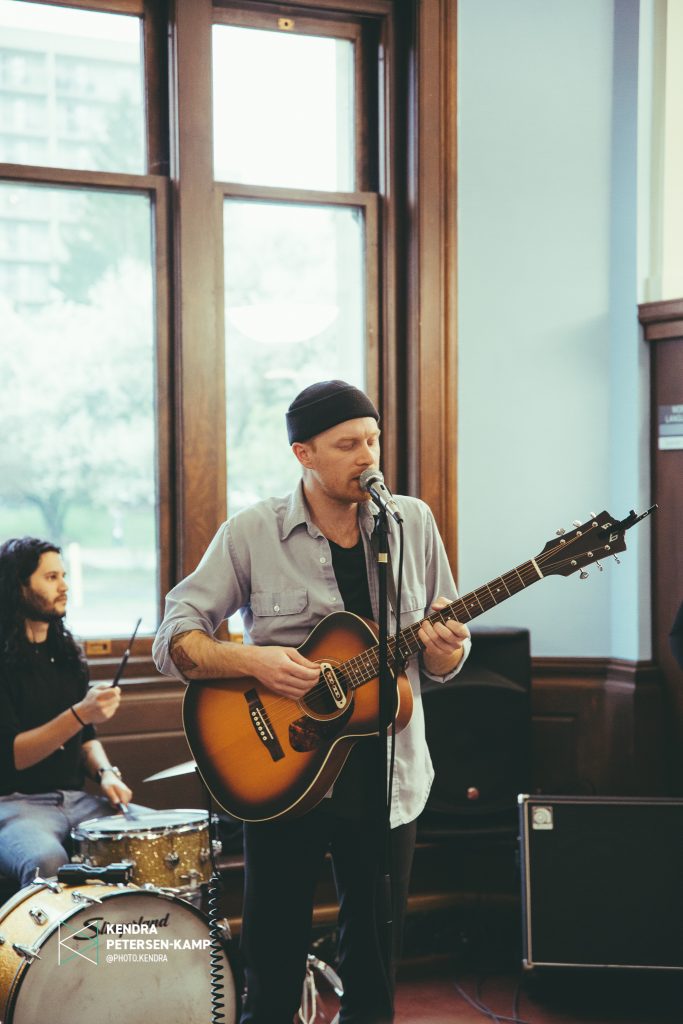 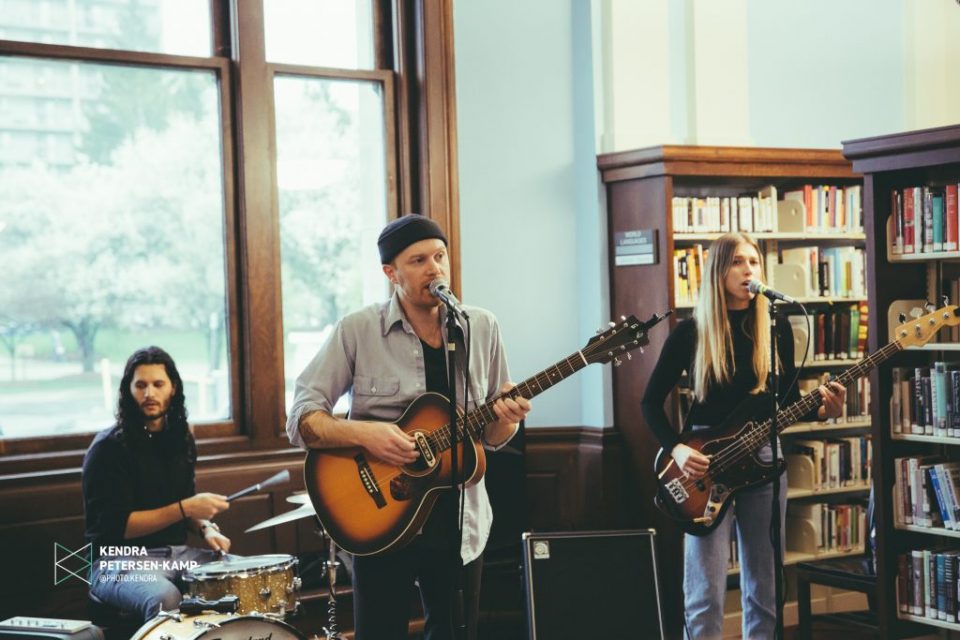 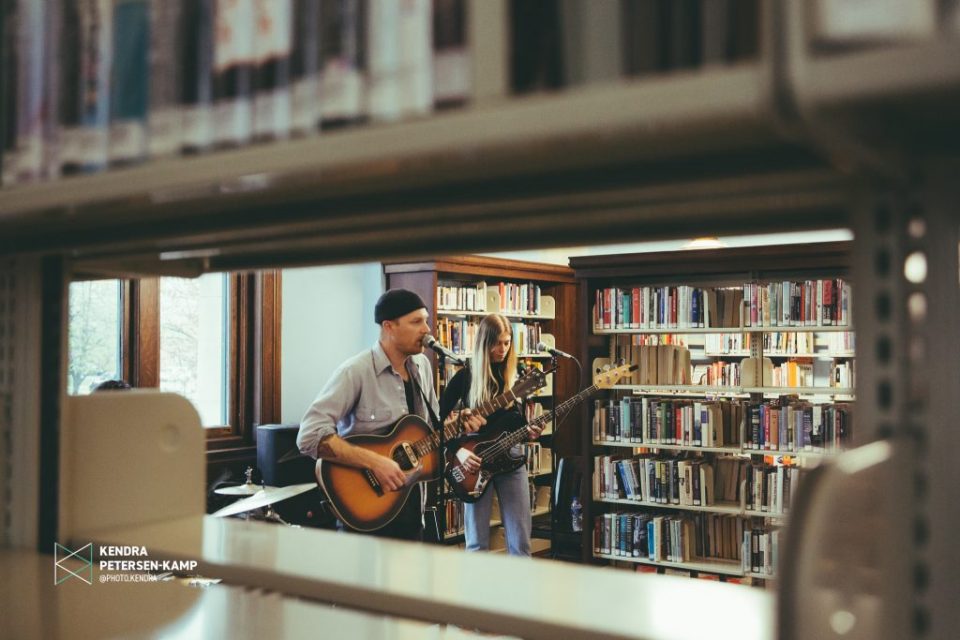 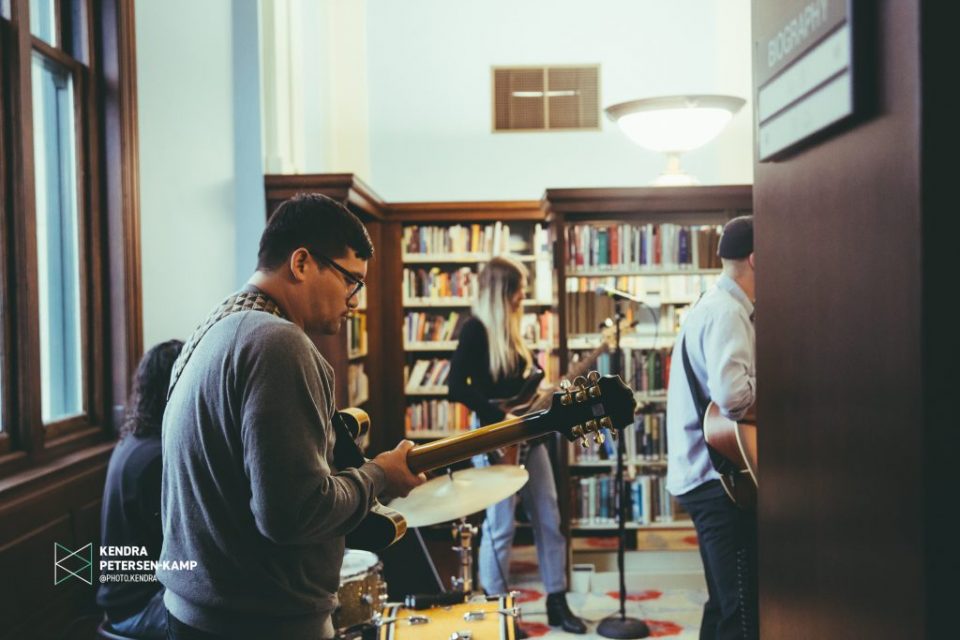 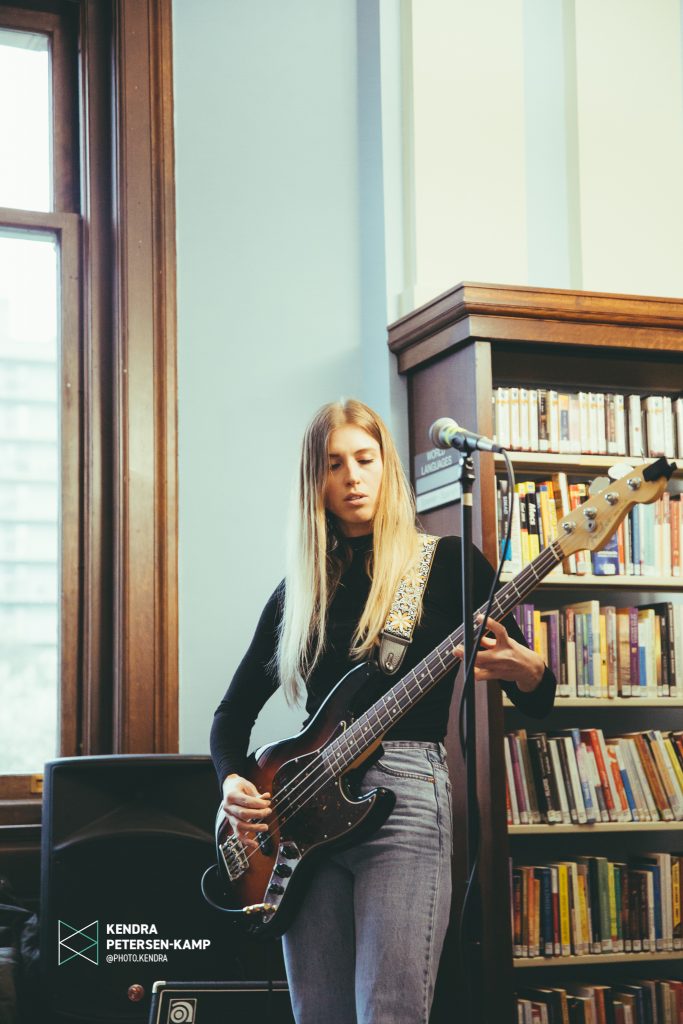 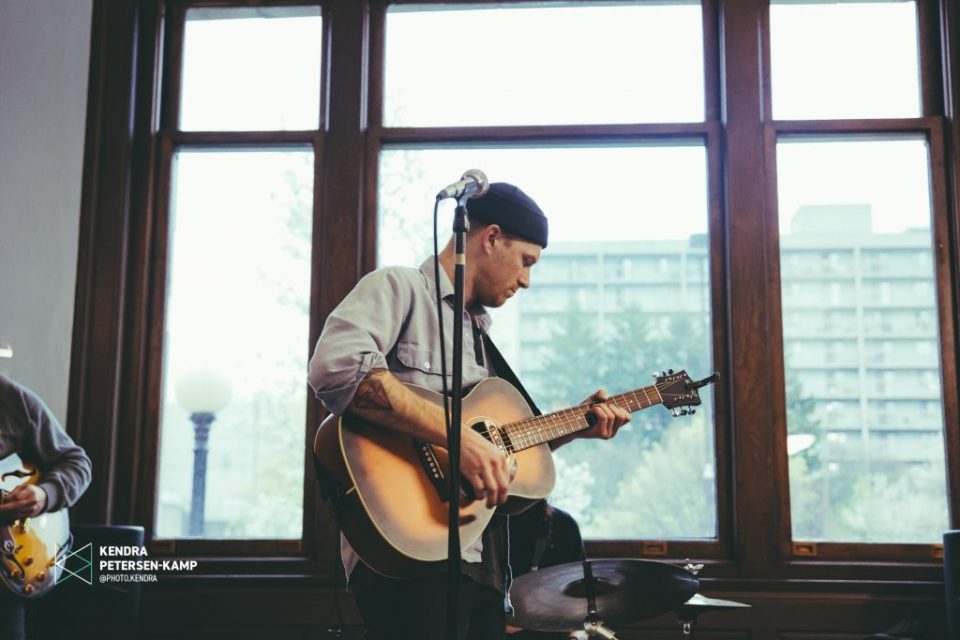 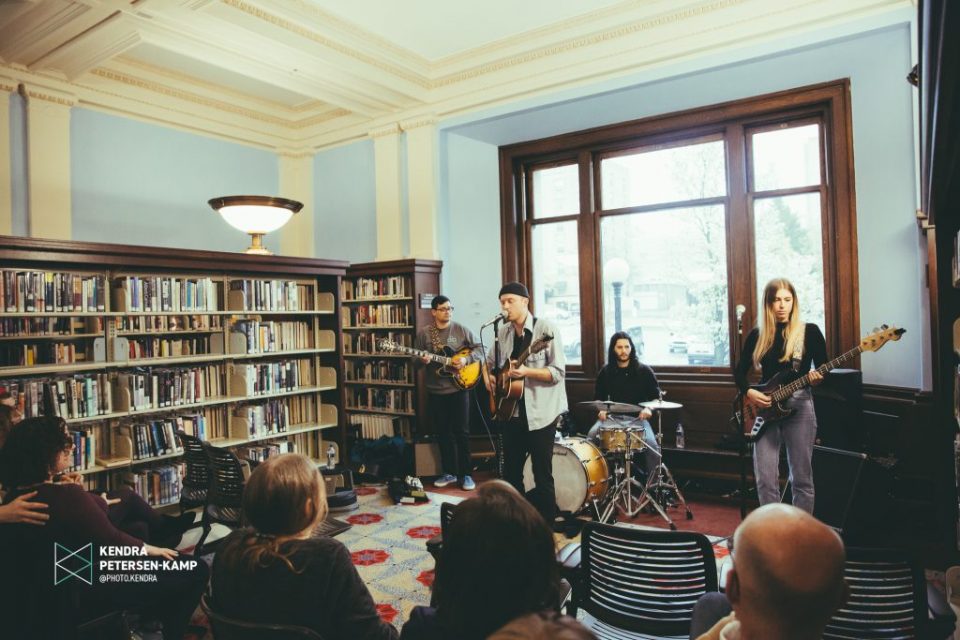 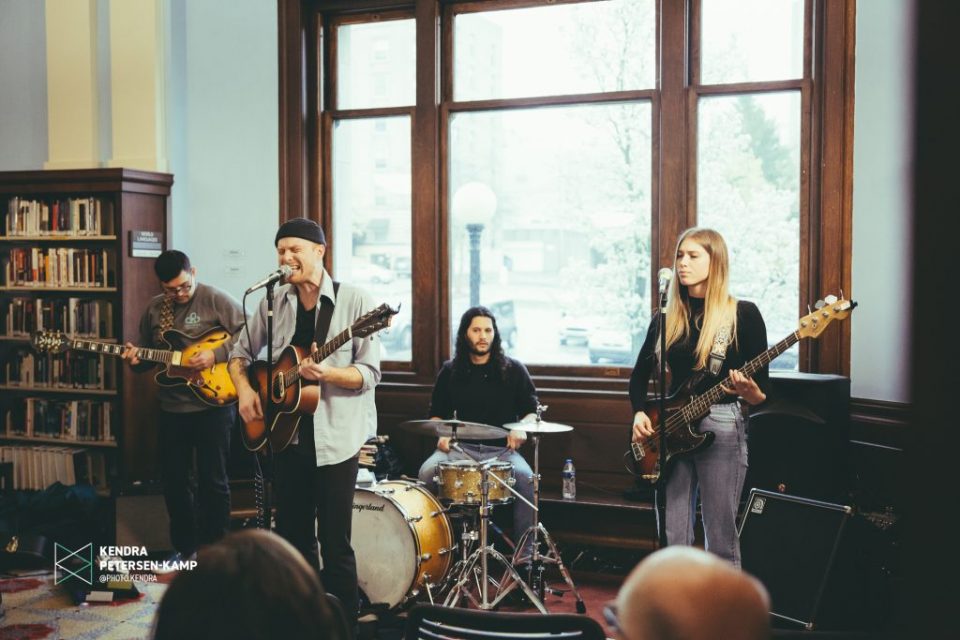 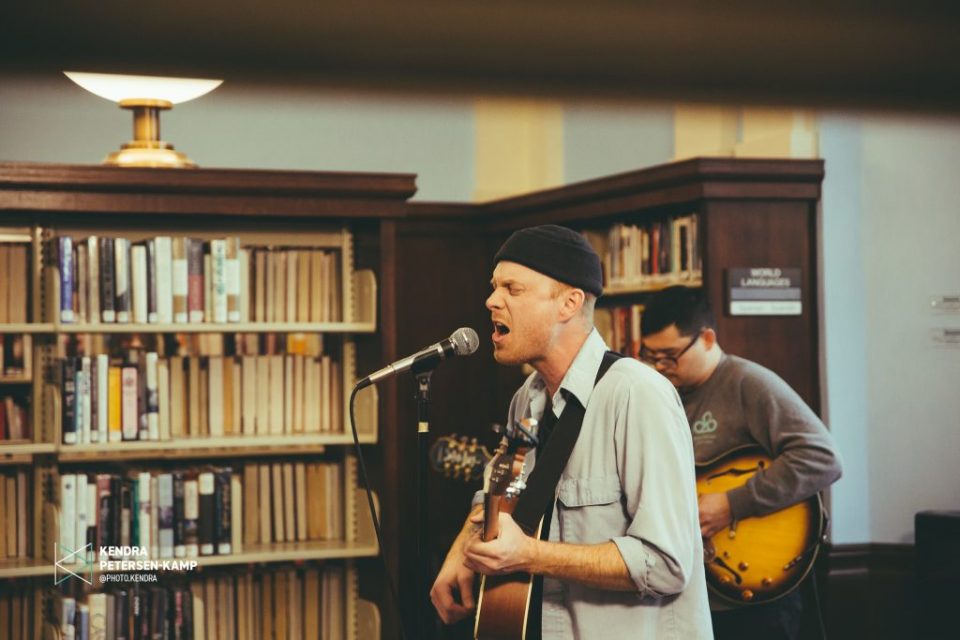